A COP allegedly told a woman “you were not raped” and “you can’t be pressured into sex” after she reported being attacked.

Kellie Jones, from Cardiff, has slammed police for the way they handled her case, believing they failed to take her seriously. 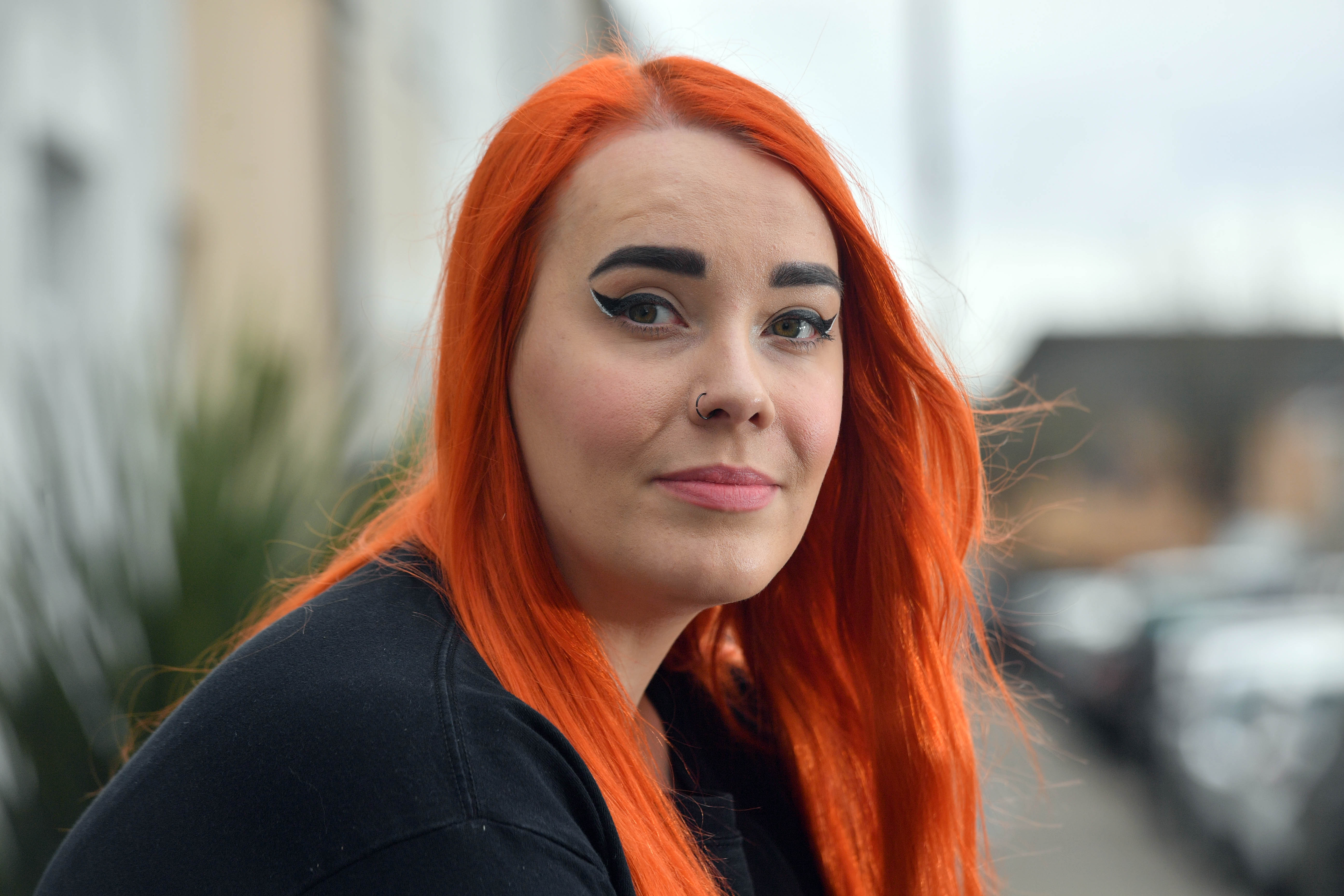 Kellie Jones has criticised police for the way she says they handled her reportCredit: MEDIA WALES 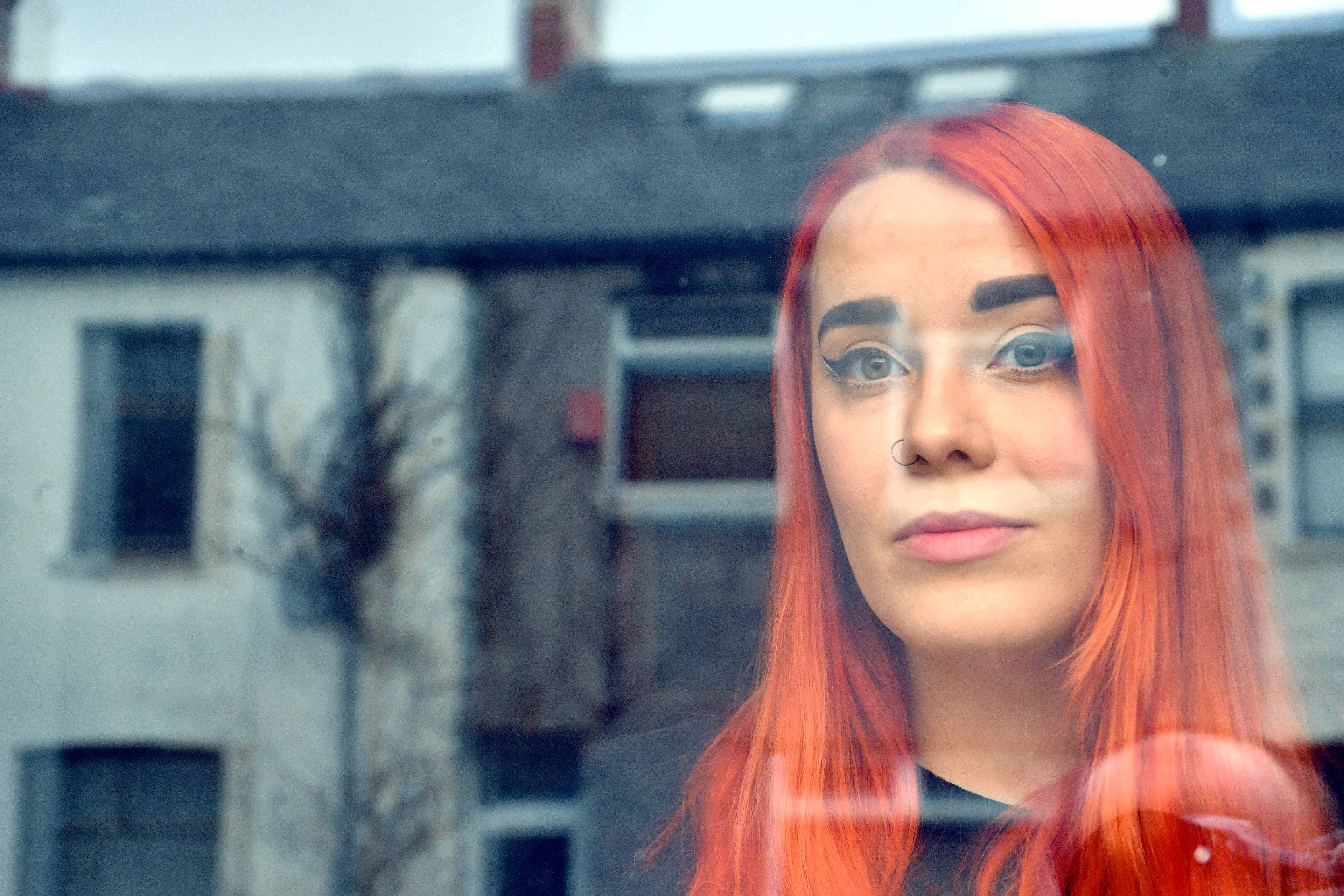 The 24-year-old claims a police officer told you ‘you were not raped’Credit: MEDIA WALES

After the alleged rape by somebody she thought of as a friend at his home in December, Kellie – who has waived her legal right to anonymity – says she immediately went to a sexual assault referral centre.

DNA samples were taken and a few days later, the incident was reported to Gwent Police.

But the 24-year-old says she then received a call from an officer handling her case informing her “you were not raped” and that “you can’t be pressured into sex.”

Kellie also claims the cop asked her to consider the future of the person who she had accused, alleging the officer said “this accusation could ruin his life”.

She says the experience has left her angry at the way her report was dealt with and claims her accusations were dismissed by the officer assigned to her case.

Kellie said she went to her alleged attacker’s house as she had been feeling “anxious” and “down” and they agreed to keep each other company.

“I struggle with anxiety and I didn’t want to be by myself,” she said.

“I said ‘OK, as long as you don’t try anything’, so I went over to this person’s house – and we had agreed via text message before I went that nothing sexual was going to happen.

“I went to the flat and he started trying to kiss me. I said ‘no please don’t do that because I know where that leads’ and then he kept persisting to the point where I felt like I couldn’t do anything or get out of that situation. He just kept persisting.”

Kellie said she was initially unsure as to whether to report the incident to police, as she said her experience was different to what many people perceive as rape. 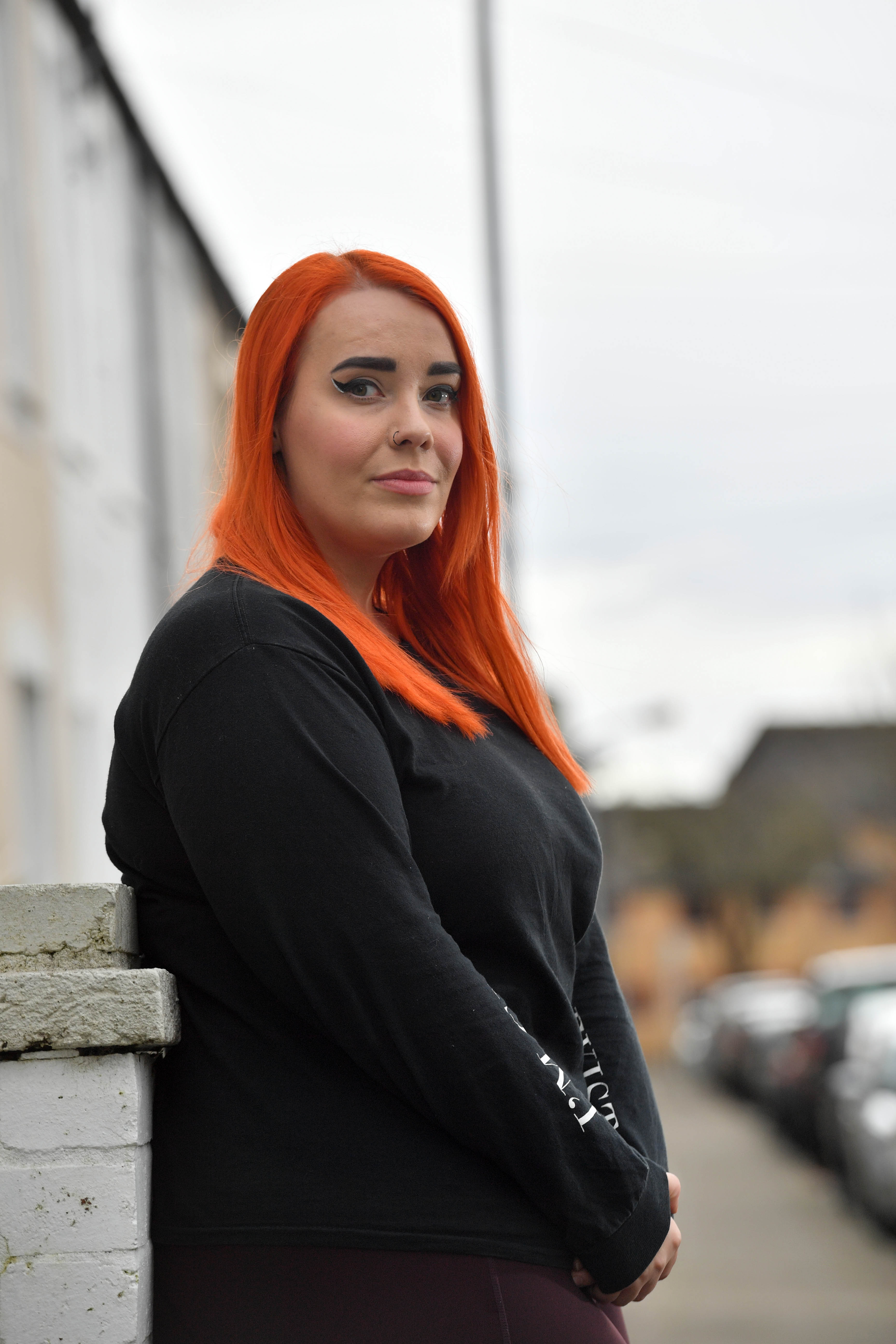 “I felt really upset initially, because I had spoken to a few different people and when you report a rape you have an idea of what that is,” she said.

“There was no screaming or bruises or being held down, I was kind of like ‘is this what I think it is?’ but they were like ‘yes you need to report this’.”

Kellie says the person she had met had also asked her not to tell anybody.

“I got quite angry about that and thought ‘How dare you tell me not to tell anyone?’” she added.

Gwent Police say they received a report of the incident from the sexual assault referral centre and that as the alleged incident had taken place over a week earlier, there was insufficient evidence to prove that Kellie had been raped.

However, Kellie said the way her case was handled was “insulting” and “unprofessional” and felt she was blamed for what happened.

She says after reporting the alleged attack, officers came to her house to talk through her statement.

But then a day later a female officer phoned.

Kellie said: “It was a really awful, emotional conversation because she essentially phoned me up and told me I wasn’t raped.

“So many things that were said really upset me, she was saying ‘this accusation could ruin his life’ and ‘you can’t be pressured into sex’.

“The situation of the assault was that I said no several times and this person continued to pressure me and yet the officer was telling me ‘you can’t be pressured into sex’.

“I was literally crying on the phone, that’s what’s so shocking about it. It would have been very obvious on the phone that I was crying and emotional and she carried on being confrontational.

“To call someone up and tell someone that their sexual assault didn’t happen – I was really upset at first and then I just started to get angry about it.”

It was a really awful, emotional conversation because she (the police office) essentially phoned me up and told me I wasn’t raped

Kellie then called 101 and said while she wished to continue with the report, she did not want to deal with that officer again.

“I was told I wouldn’t have to speak to her and then I got a phone call from the same woman where she said ‘I’ve got a message saying you want to talk to me?’,” Kellie added.

“She was trying to say the same things again and I just essentially said ‘I don’t want to hear it’, we’d already had this conversation. “

Kellie then began a complaints procedure against Gwent Police, about how her reported assault had been handled and the fact that she was put back in contact with the same officer.

“I know mistakes happen but putting me back in contact with the one person I didn’t want to talk to added a lot of stress to the situation for me,” she said.

“I felt somebody had actually listened to me. But that was two months later. This could have and should have been dealt with much quicker and for this to be the first time I felt I was listened to was stressful.”

Kellie said she decided to waive her anonymity and speak about her experiences of reporting it to the police in light of the issue of violence against women being given national prominence.

Kellie said that while she would never discourage anyone from reporting an offence, she wants people to be more aware of the process and how it could be handled by some officers. 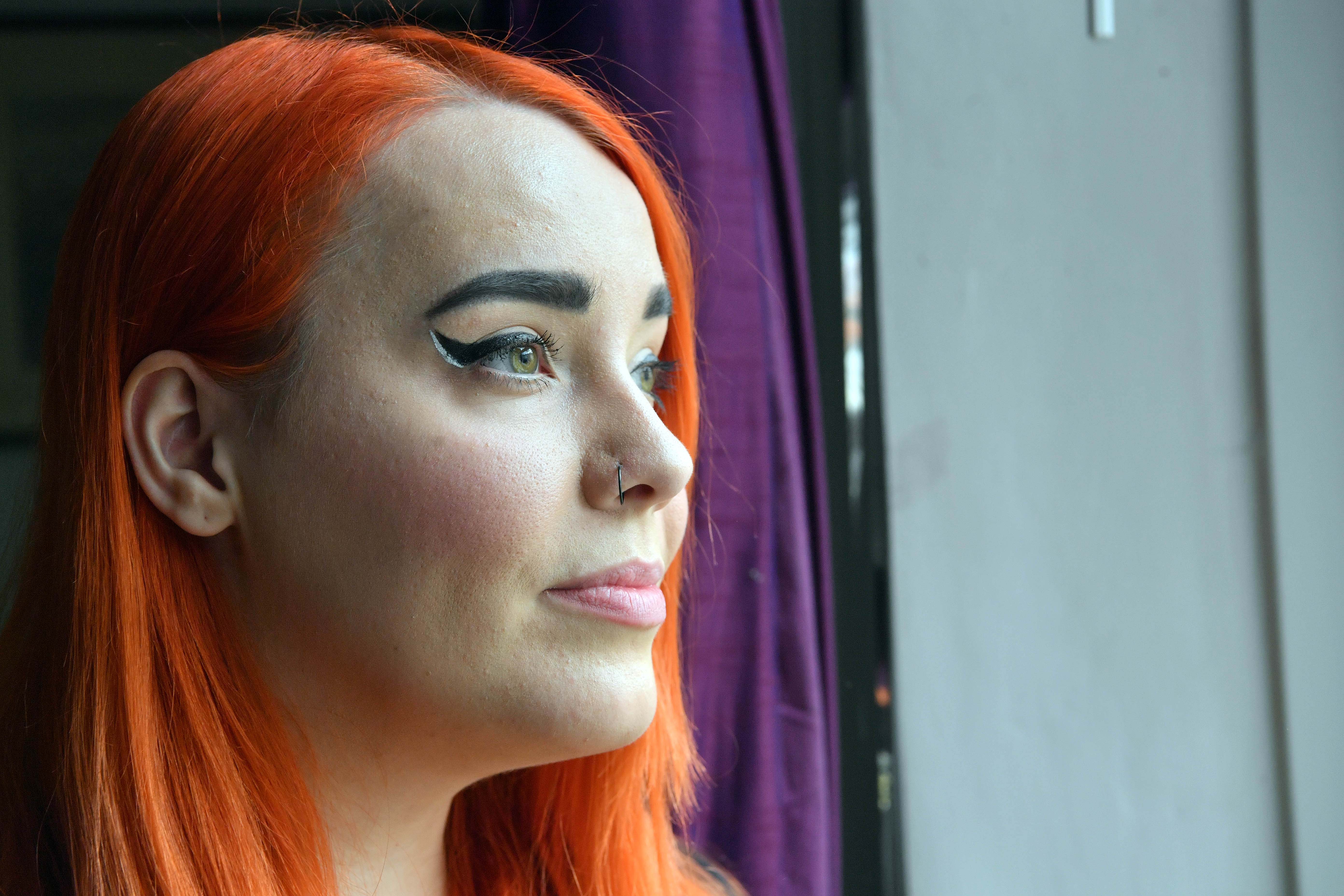 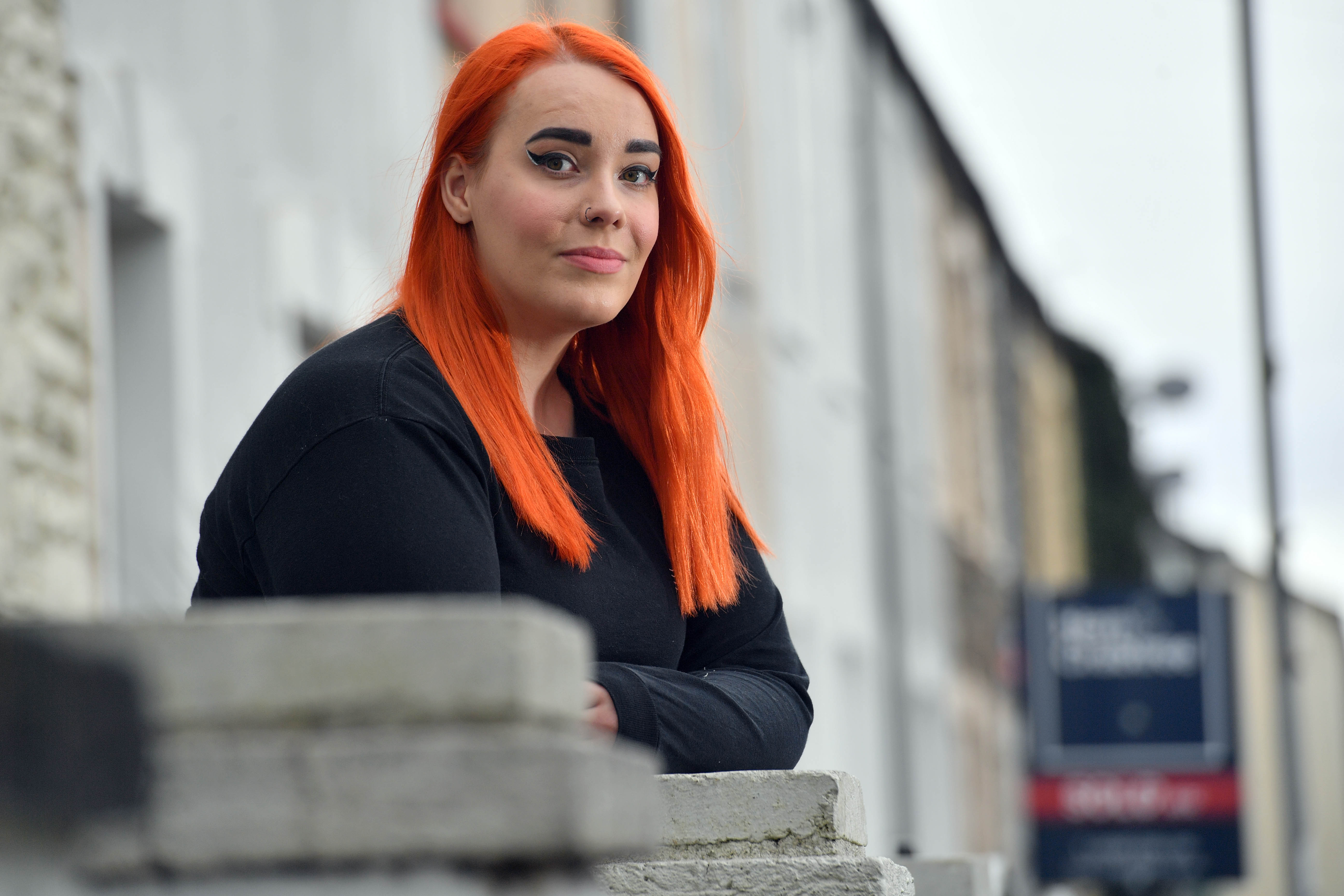 Kellie complained to Gwent Police about how her case was handledCredit: MEDIA WALES

“I just never expected to be treated like that,” she said. “I would never want to discourage anyone from coming forward to speak about sexual assault and harassment because I think it’s really important crimes get reported.

“However I wanted to talk about it because I wish someone had told me how hard it was going to be.

“I went through their complaints procedures and I was told the person who treated me like this has been spoken to about it but I never really felt like anything was done about it.

“I mostly feel disappointed. Reporting something like that takes a real emotional toll and adds to the trauma of what has already happened – and that’s if it goes well.

Due to the insufficient evidence, the case was not progressed by police nor passed to the Crown Prosecution Service.

Kellie says she actually agrees with the decision not to take the case to court and is satisfied that the individual in question was spoken to by police.

“I never particularly wanted to do that (got to court) anyway but in no way did I expect to be treated as I was.

“The officer who came to see me later was great, he kept in contact with me and made sure the person I made these allegations against was spoken to.

“But that was the outcome I wanted two months ago and I didn’t understand why it took so long and why I was put through all of the stress of someone telling me I wasn’t assaulted because that’s not true.

“I would never want to discourage anybody from reaching out or speaking to police and reporting crime but I just think that they really have to do better.”

A Gwent Police spokesperson confirmed they received a report of sexual assault.

The said: “As part of our investigation, officers – including specially-trained sexual offences liaison officers – spoke to the reporting party.

“Reports of this nature are taken extremely seriously by Gwent Police. On this occasion, and after undertaking a detailed investigation, no further action will be taken in relation to the reported offence. The reporting party submitted an official complaint to Gwent Police’s professional standards department on Sunday, 17 January.

“A subsequent investigation of the complaint has taken place, with a member of staff from our professional standards department speaking to the reporting party about the nature of their dissatisfaction with the service they have received. This complaint was resolved on Thursday, 28 January.

“Gwent Police takes all complaints it receives about the level of service very seriously, if a person reporting a crime is dissatisfied with how an investigation has been carried out.

“This feedback allows us to provide the best possible service to our communities and find ways to improve the quality of our service based on the outcomes and recommendations of the complaint investigation.”