After Jemma Melvin, 31, a copywriter from Southport, won the Fortnum and Mason competition designating her trifle as the official dessert of the Platinum Jubilee, vegan organisations were angry.

‘In the midst of the climate catastrophe, Fortnum and Mason is taking the biscuit,’ said Elisa Allen, the vice president of Peta.

‘By choosing a dessert laden with environmentally unfriendly – not to mention cruel and unhealthy – animal-derived ingredients that many people do not eat because of their religious or philosophical beliefs or because they have allergies.

‘The out-of-touch dessert would be more fitting for Henry VIII’s mediaeval table than a modern-day royal celebration.’

The good news is that, in 2022, trifle doesn’t have to be reserved for those who eat dairy and animal products.

Vegans and lactose-free people can enjoy the official dessert without having to worry about the ethical impact of their celebratory trifle.

Niki Webster, an award-winning vegan blogger and cookbook author has created the perfect vegan-friendly trifle to be enjoyed over the double Bank Holiday weekend. 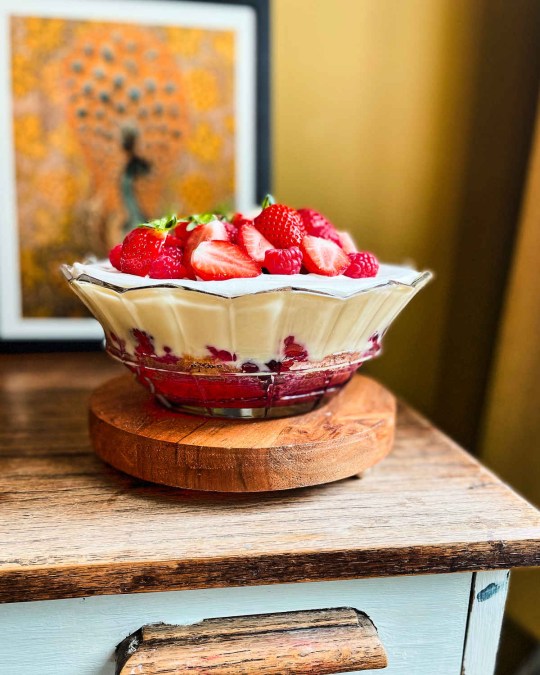 For the berry compote: