GUNFIRE at a Fourth of July celebration in Philadelphia has left two cops hurt with shock video of crowds running for cover in the chaos.

Witnesses described hiding under a stage after shots were fired during the fireworks show along Ben Franklin Parkway, where a concert was also held. 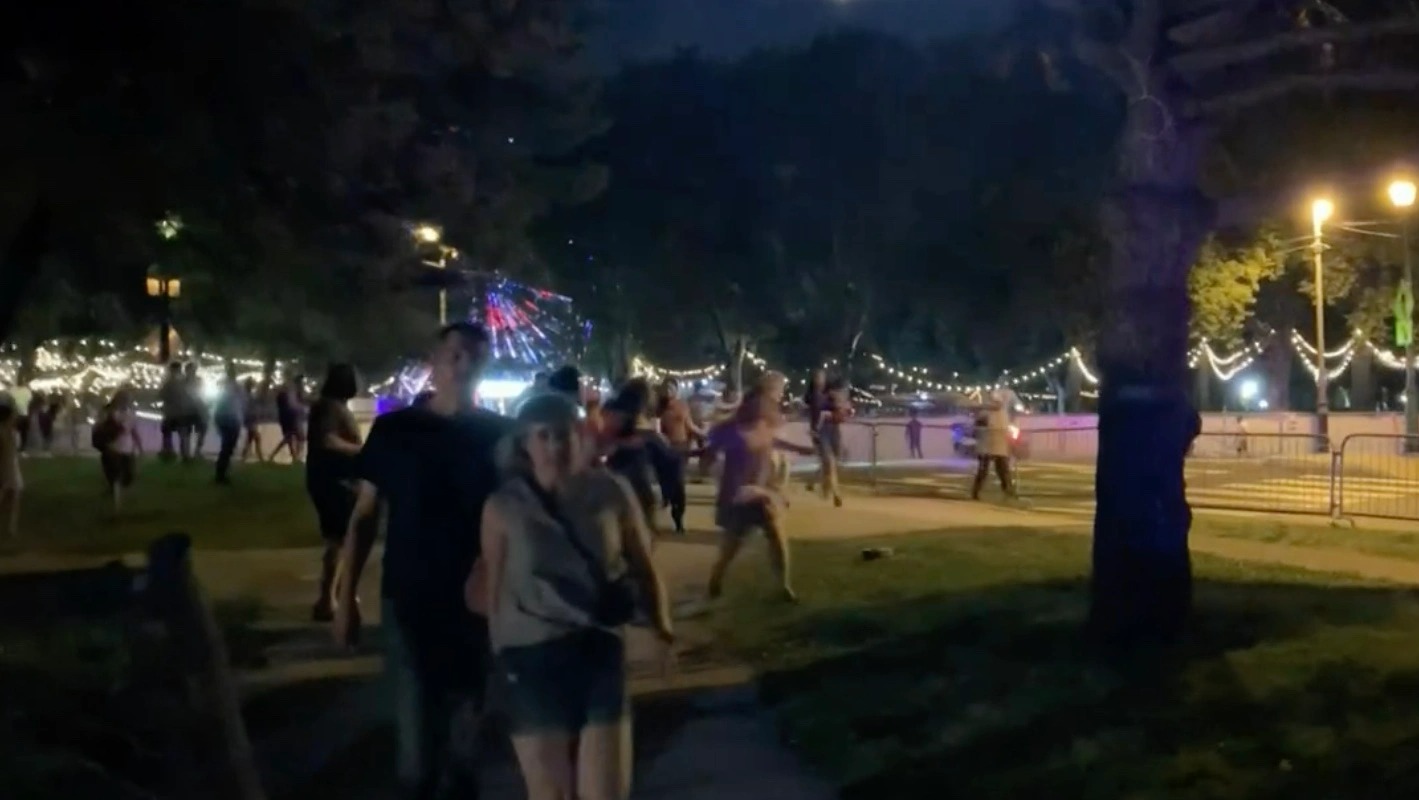 Two officers have reportedly been shot during festivities that included a concert and fireworks showCredit: NBC

Emergency vehicles could be seen lining the streets as police search for the shooterCredit: NBC

The officers were stationed near the Philadelphia Museum of Art on the last day of the city’s Wawa Welcome America festival.

Throngs of people were enjoying fireworks after a concert by Jason Derulo on the parkway when shots rang out at around 9.45pm ET.

The shooter was said to be at large as both officers were taken to a local hospital.

One of the officers was assigned to the bomb squad and the other was to highway patrol, according to the local CBS affiliate. 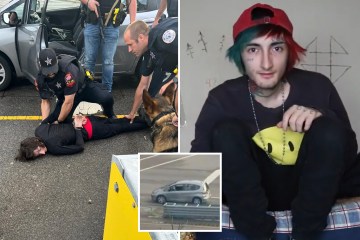 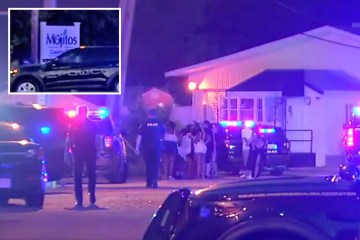 The bomb squad officer was struck in the right shoulder while the highway patrol officer suffered a graze wound to the head.

Both officers are reportedly in stable condition as cops surround a nearby building in their search for the shooter.

Crowds of people celebrating Independence Day were seen fleeing the area after the shooting.

Residents were crowded on the Parkway for the Welcome America concert and fireworks show.

Police are now diverting traffic from the area.

Police said those looking to reunite with loved ones after the chaotic incident should meet at 1901 Vine Street in front of the Free Library of Philadelphia.

The investigation is ongoing as of late Monday night.

Witnesses described hiding under a stage after shots were fired during the fireworks showCredit: Twitter 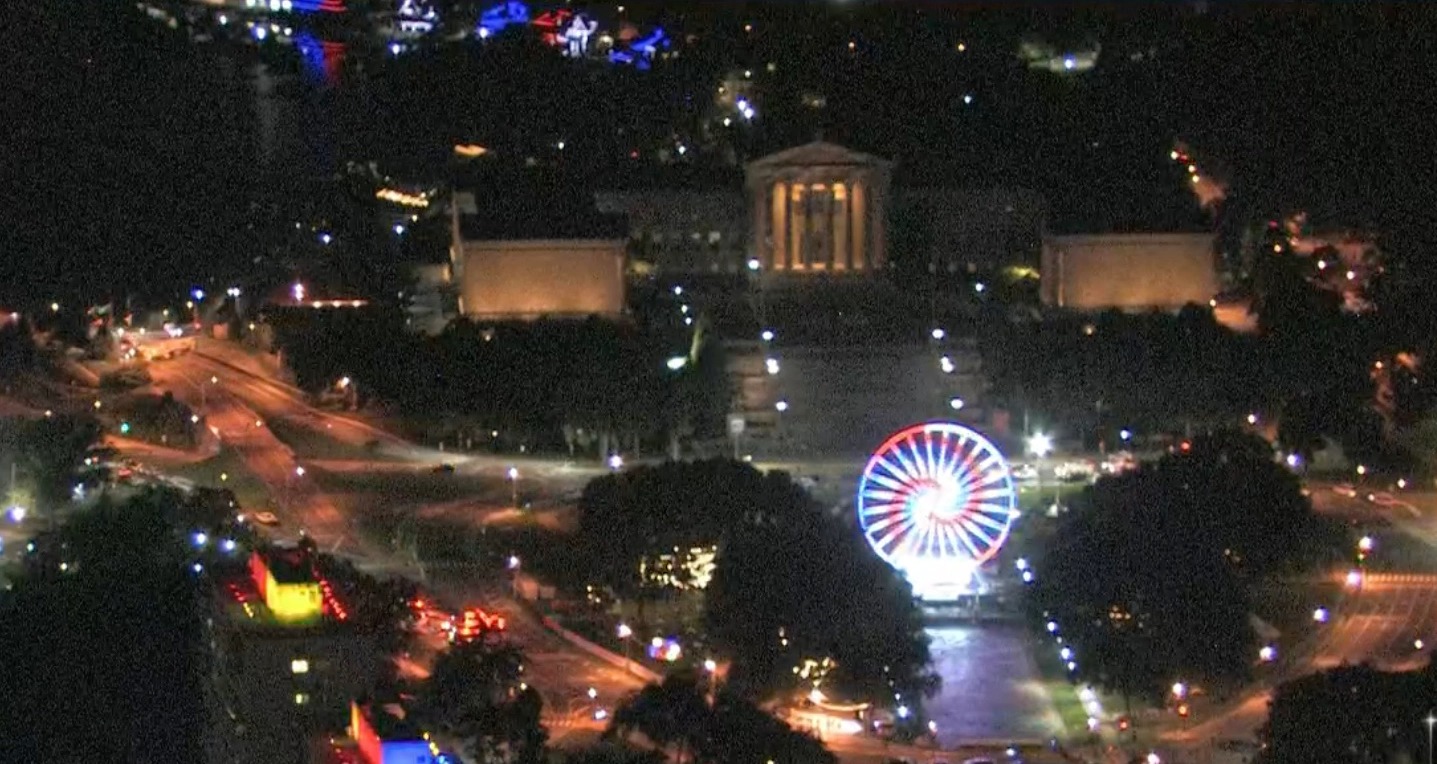 Throngs of people were enjoying fireworks after a concert by Jason Derulo on the parkway when shots rang out at around 9.45pmCredit: NBC 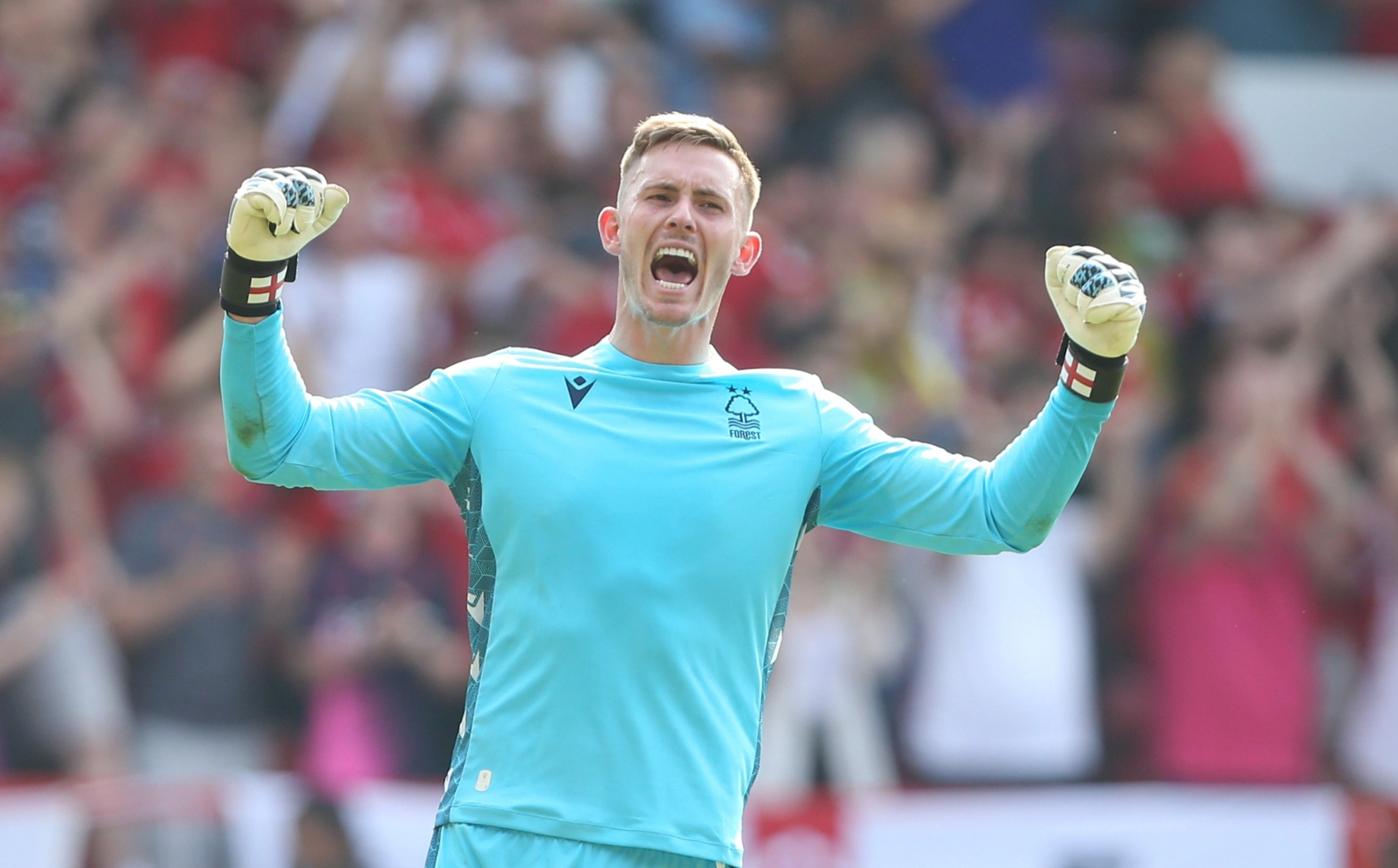