Flexitarian Peter Andre has teamed up with Beyond Meat (Picture: PA)

You’d expect Peter Andre to be a dab hand with barbecues – and, no, we’re not going to make a cheap chipolata joke.

So it’s exciting to see he’s been grilling up a storm with meatless treats. He’s not alone – 37% of Brits are planning to serve up a plant-based treat for pals this summer.

Andre has teamed up with plant-based protein makers Beyond Meat to deliver the ultimate recipe for a meat-free burger. Describing himself as a ‘flexitarian’, he says: ‘It’s as easy to cook as animal meat and is much better for the planet.’

The Aussie pop singer and father of four claims he fooled doctor wife Emily with a sneaky swap. ‘The other day I had some Beyond Meat burgers sent to me and I wanted my family to try them without telling anyone,’ he says.

‘I gave my daughter Amelia a meat burger and she liked it. I then made one for Emily using the plant-based burger and she ate it. She didn’t believe it wasn’t animal meat.’ 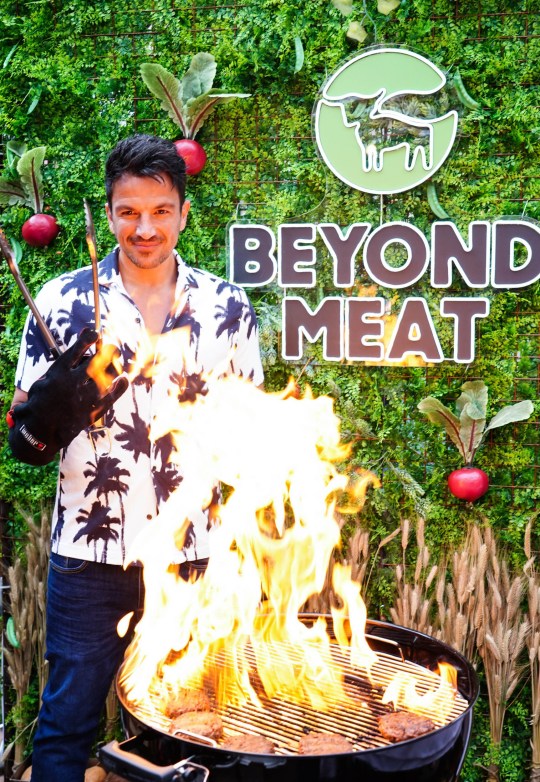 He has his own tips from Down Under. ‘Be really creative with your toppings,’ he says. ‘In Australia, you put pineapple on burgers and you put the pineapple on the barbecue too – it’s delicious.’

As well as alternative protein, the singer also likes some more unconventional ‘flava’ in his burgers, including roasted beetroot, gherkin mayo and even a fruity twist. See his planet-friendly vegan recipe below. 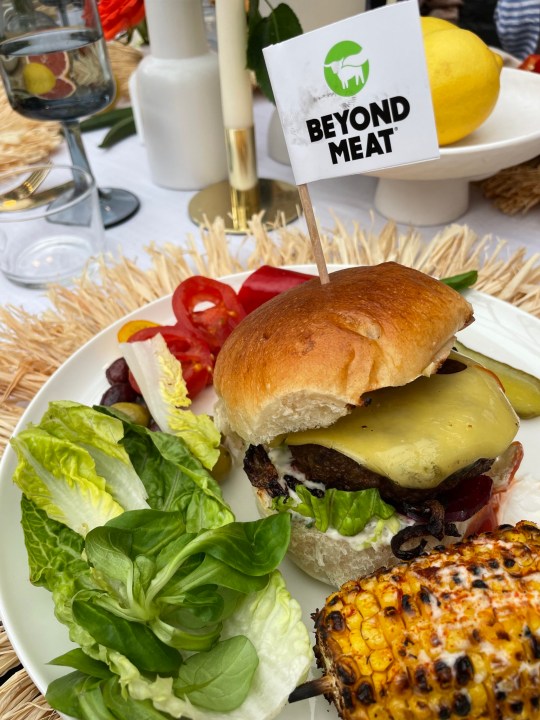 For the gherkin mayo (makes enough to serve extra alongside burgers):

For the roasted beets:

For the caramelised onions: