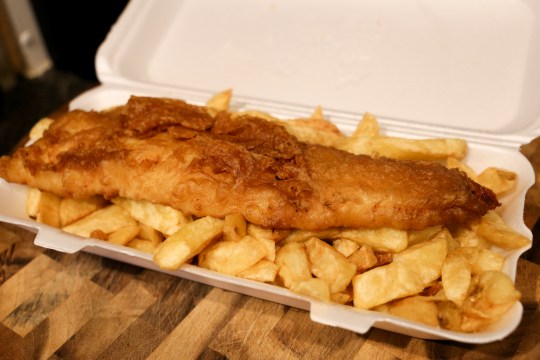 Fish Fridays are okay in our book (Picture: Getty Images)

Forget veggie burgers, fake bacon and cheese made from oats. For vegans at least, plant-based alternatives to meat and dairy products have long since gone mainstream.

Alt-fish — food made from plants that mimics the taste and texture of fish, or real fish tissue grown from stem cells — is the next big thing.

As a researcher in applied ethics, I’ve long understood that decisions about what we eat link up with several other debates. And, though often conflated, the arguments against eating real fish are quite different from those surrounding land animals.

Philosophical ethics is divided between those who approach issues by starting with absolute principles, like a duty to minimise suffering and to preserve as many species as possible, and those using utilitarian calculations that set aside notions of right and wrong and instead weigh up competing interests, with the only principle left that of the happiness of the greatest number.

Debates about the ethics of eating meat and dairy foods feature both kinds of arguments. But there is broad agreement that farm animals have interests and can suffer and that, conversely, farming is a crucial part of human society.

While ancient thinkers including Pythagoras and Plato advocated for the moral superiority of vegetarian diets, in Plato’s ideal republic, a healthy diet would consist of cereals, seeds and beans, fruit, milk, honey — and fish.

The Bible too includes many nods to vegetarianism. The animals in the Garden of Eden are presented as beloved friends and their killing is only recorded after Eve has defied God and eaten the forbidden fruit.

This encouraged the fourth-century archbishop of Constantinople John Chrysostom to rail against the ‘butchering and cutting up of flesh’ as well as its ‘horrible smells’. With fish, though, the Bible takes a different line. Jesus famously multiplied five barley loaves and two fish into a meal for 5,000 people to eat.

And if we would surely be surprised had Jesus selected his disciples from people working in abattoirs, we happily accept not only the central Christian metaphor of ‘fishing for the souls of men’, but the reality that at least four of the disciples were fishermen, taking their boats out onto Lake Galilee to catch sardine and carp. Likewise, although the Koran offers instructions to believers on how to ensure meat is halal, the rules do not apply to fish. 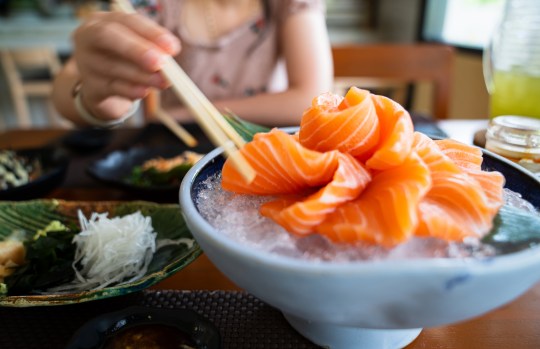 The greatest amount of good

Utilitarian arguments also founder on this question. Nutritionally, fish is both very good for humans and hard to mimic artificially. Key utilitarian arguments against meat, that it threatens the ecological balance, for example, by contributing to deforestation or increasing the greenhouse effect, transfer less convincingly to fishing, even if overfishing has its own climate impact.

That’s because, in purely utilitarian terms, human and fish interests coincide. Fish are more useful to humans if they are allowed to live to maturity in unpolluted water, and the economic value of fisheries is one of the main reasons people make efforts to protect wetlands and rivers and limit pollution in coastal seas.

Some philosophers argue that the planet itself should be treated as a living entity with its own ethical interests. This line of thinking accepts that human beings are part of nature and everything we do has some impact somewhere. Take those staples of industrial agriculture, corn and soya. They also deplete animal life, albeit indirectly. Animals perish during harvesting and from losing habitat to farmland.

It is true that today, as the makers of a new Netflix documentary called Seaspiracy argue, there are powerful and even criminal groups overfishing and destroying marine life. Yet what would happen if people stopped fishing? How much pressure would it put on the land, and how much is it an essential part of many lives and cultures?

Food security, according to the UN Food and Agriculture Organisation, does not just concern food production, it must include physical and economic access to sufficient, safe, and nutritious food to meet dietary needs. And 140 million people worldwide depend on fish for their livelihoods, directly or indirectly. When Australian researchers considered the issue in 2019, they concluded that the benefits of fishing were often understated and the ‘doomsday portrayal’ overemphasised.

Replacing fish with plant-based wizardry might have many personal benefits, from avoiding little bones to being spared traces of mercury. But, ethically speaking, going cold turkey on meat is rather different than saying ‘bon voyage’ to fish.

This article is republished from The Conversation under a Creative Commons license. Click here to read the original article.