Felder was due to be commentating on the lightweight headliner between former champion Dos Anjos and Islam Makhachev. 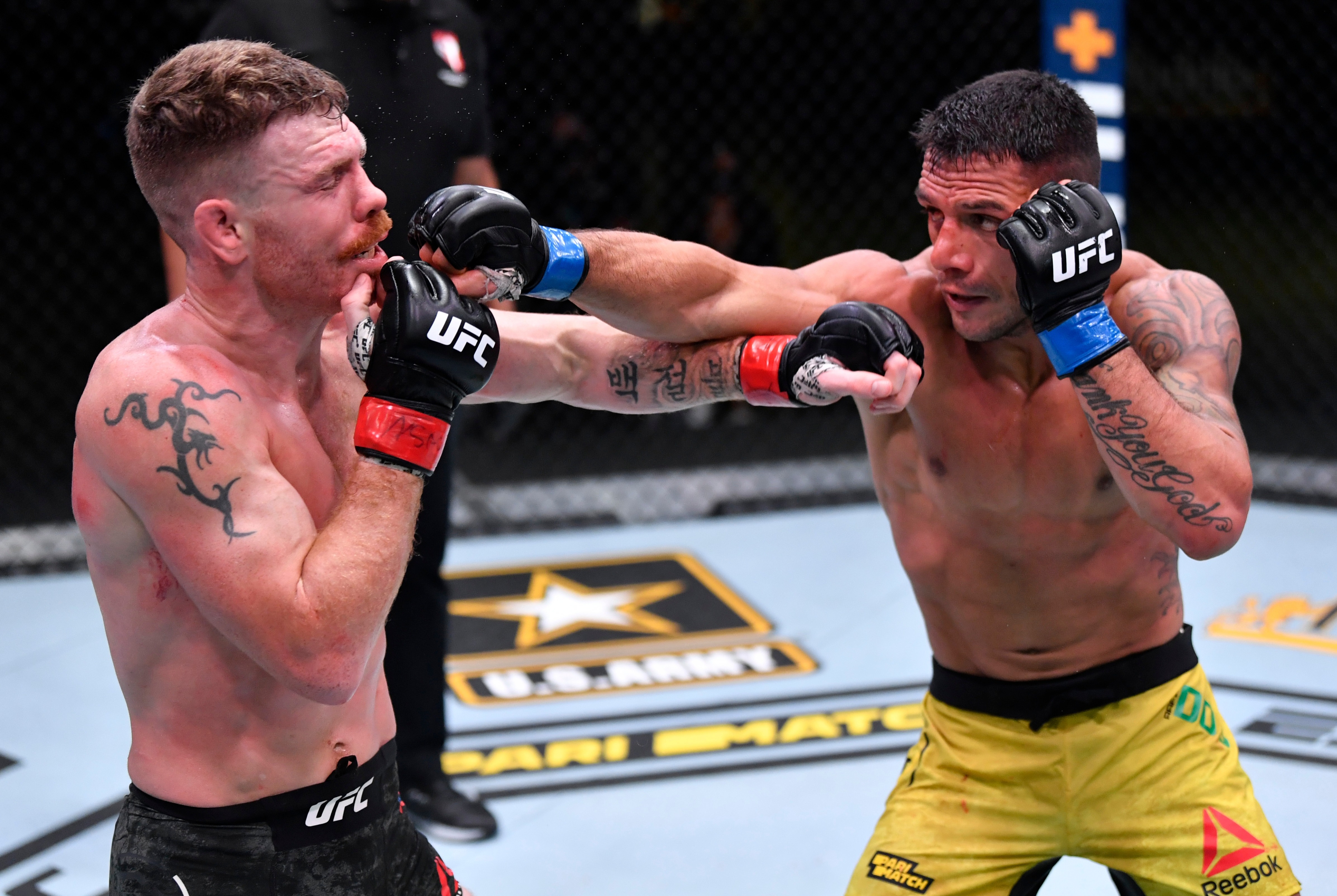 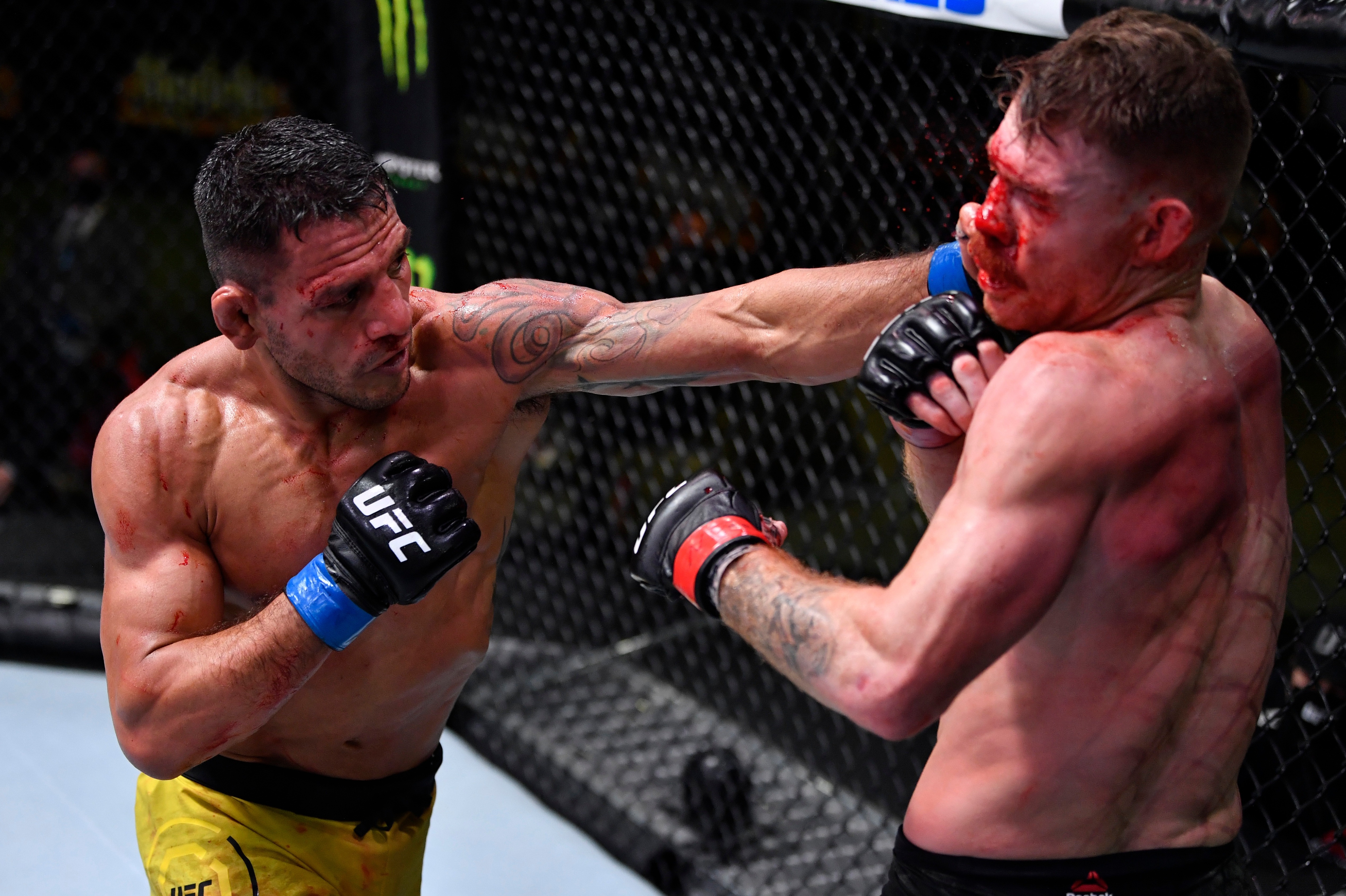 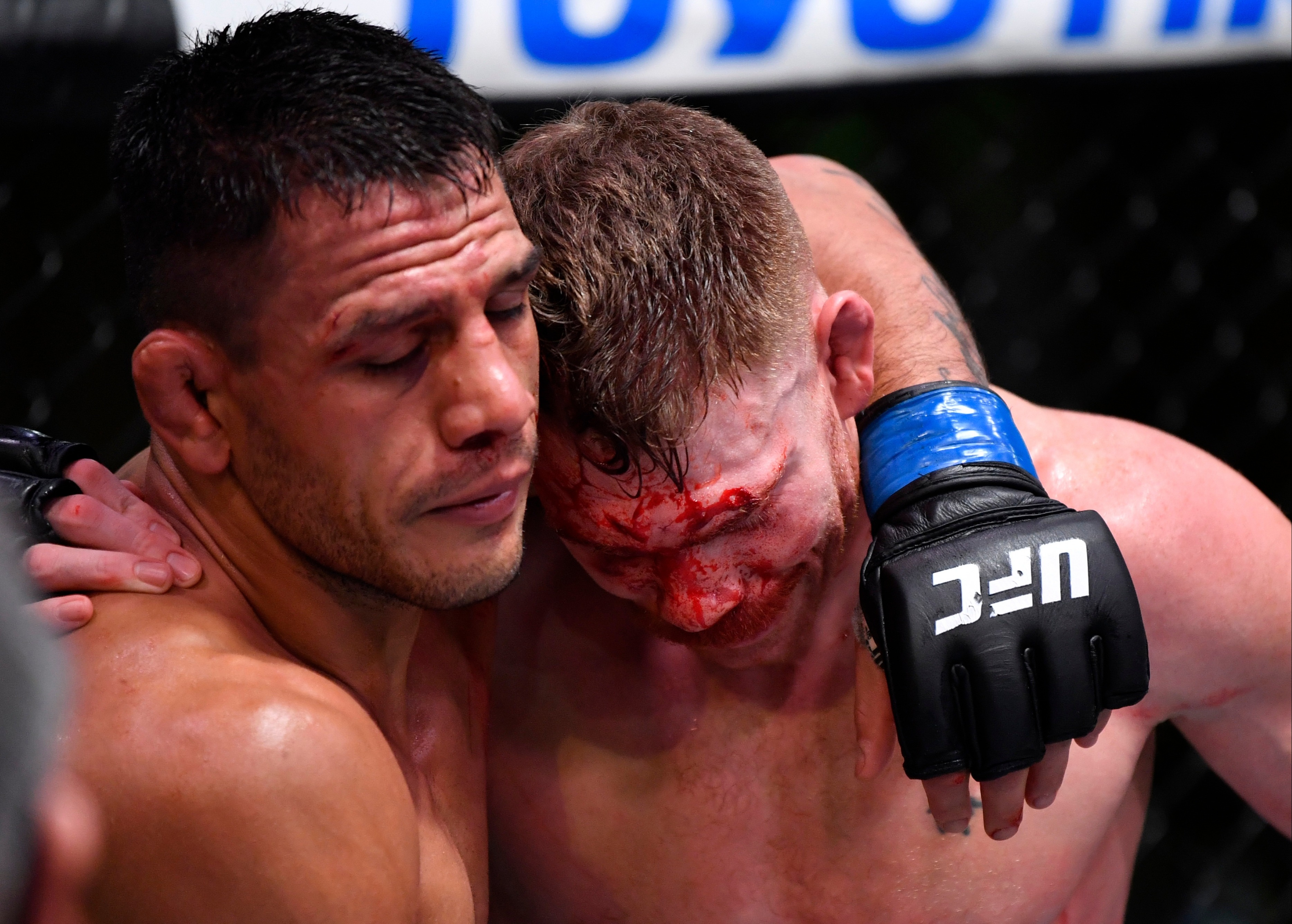 But Khabib Nurmagomedov’s training partner Makhachev, 29, was forced to withdraw through injury.

As a result, 35-year-old Felder – who was already training for a triathlon – agreed to fill in as a replacement.

The American helped put on a show in the opening two rounds, exchanging strikes with Dos Anjos, 36, in the middle of the cage.

Both men were landing, but RDA was just the more accurate and busier between them.

By the third round the Brazilian – who stepped down from welterweight for the first time since 2016 – began to initiate more clinches.

Dos Anjos backed Felder up against the cage, landing knees and wearing down his man.

Into the championship rounds, Felder came out firing and landed some clean shots to the chin of RDA.

But southpaw Dos Anjos had a response and again mixed up his attacks with clinches and grappling exchanges. 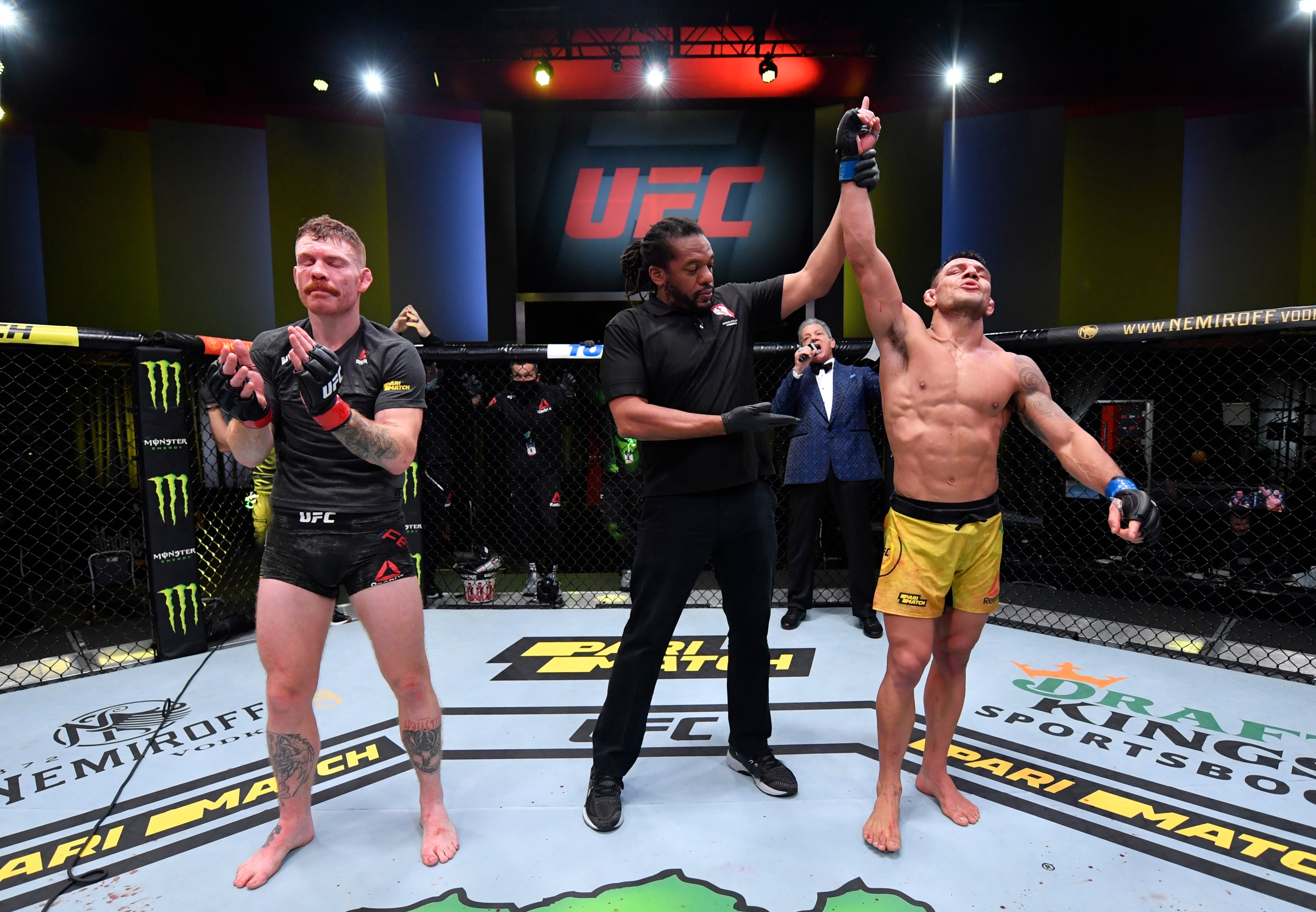 Felder suffered a nasty gash following a strike that left him with blood pouring from his face.

The fight finished in the clinch as Dos Anjos saw out the five-round headliner to recieve the verdict on the cards.

Afterwards, Felder said: “I have not stepped foot in an MMA gym in over four months.

“I can tell you guys with certainty, I’m not going anywhere right now.”