JOAO CARVALHO is expected to leave Nottingham Forest and sign with Olympiacos on Thursday.

SunSport understand that Carvalho will fly to Greece tomorrow morning to pen a permanent deal with the Greek champions ahead of Monday’s transfer deadline day. 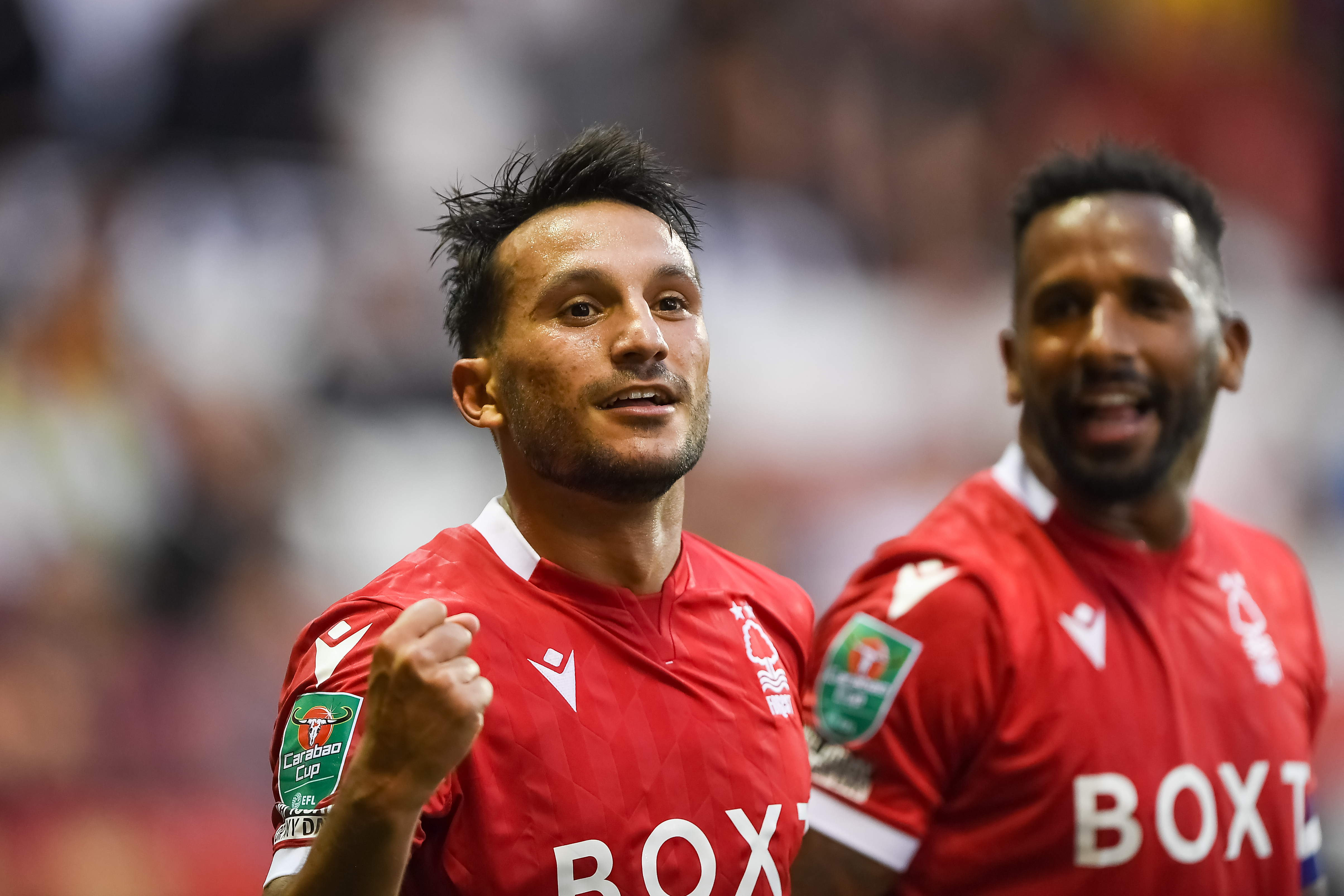 This comes after Gate 7 International revealed a deal had been struck between Forest and the Piraeus giants regarding the attacking midfielder.

It was later claimed that Olympiacos manager Pedro Martins pulled the breaks on his fellow Portuguese’s arrival at the Georgios Karaiskakis.

However, Sunsport understand that Martins has given the thumbs up and the 24-year-old is expected to join for an undisclosed fee.

Olympiacos, who are also owned by Evangelos Marinakis, have been keeping tabs on Carvalho for the last three years after his impressive start at the City Ground.

The playmaker joined Forest from Benfica in 2018 after a £12.5million deal between the two clubs.

The former Portugal Under-21 international stood out in his first season with the Championship outfit as he registered a total of four goals and eight assists in 40 matches.

However, the versatile midfielder has since fallen down the pecking order and that is why Forest sent him out on loan to Almeria last season.

Carvalho has only managed a mere two goals in eight appearances across all competitions for Steve Cooper’s team this term.

Olympiacos are set for a major boost in midfield as Kostas Fortounis, who has been sidelined with a cruciate ligament rupture since the summer, will return to action next month.

The Greek giants will also welcome Aguibou Camara back in the squad after Guinea’s elimination from the Africa Cup of Nations.

There is immense belief that Camara will move to the Premier League in the summer after attracting interest from Liverpool, Leicester and Newcastle.