A DIFFERENT kind of Christmas concert has been recorded at Notre-Dame cathedral in Paris.

Clad in hard hats, eight singers out of the 160 Notre-Dame choir members  were allowed inside the cathedral to perform for the traditional festive concert. 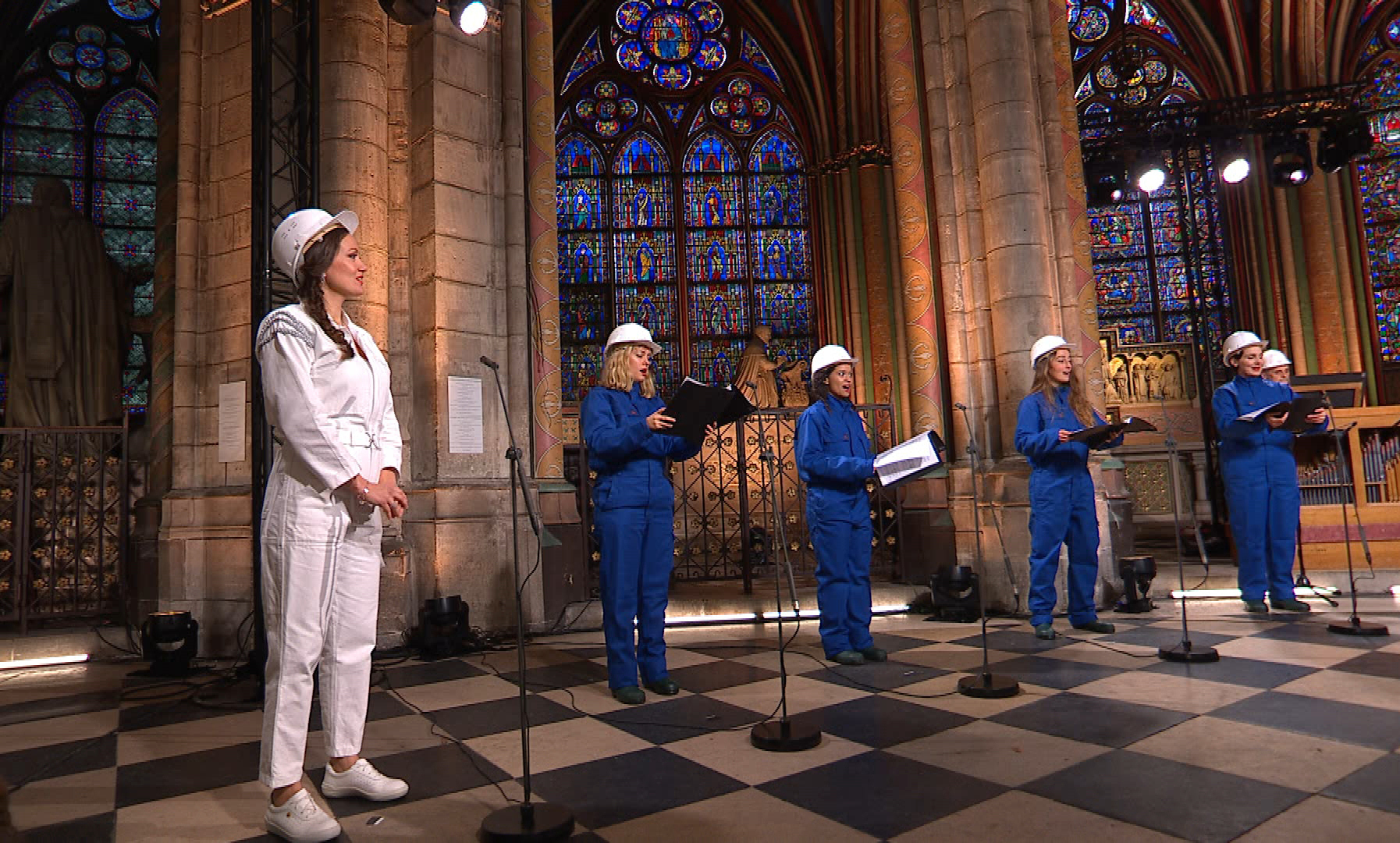 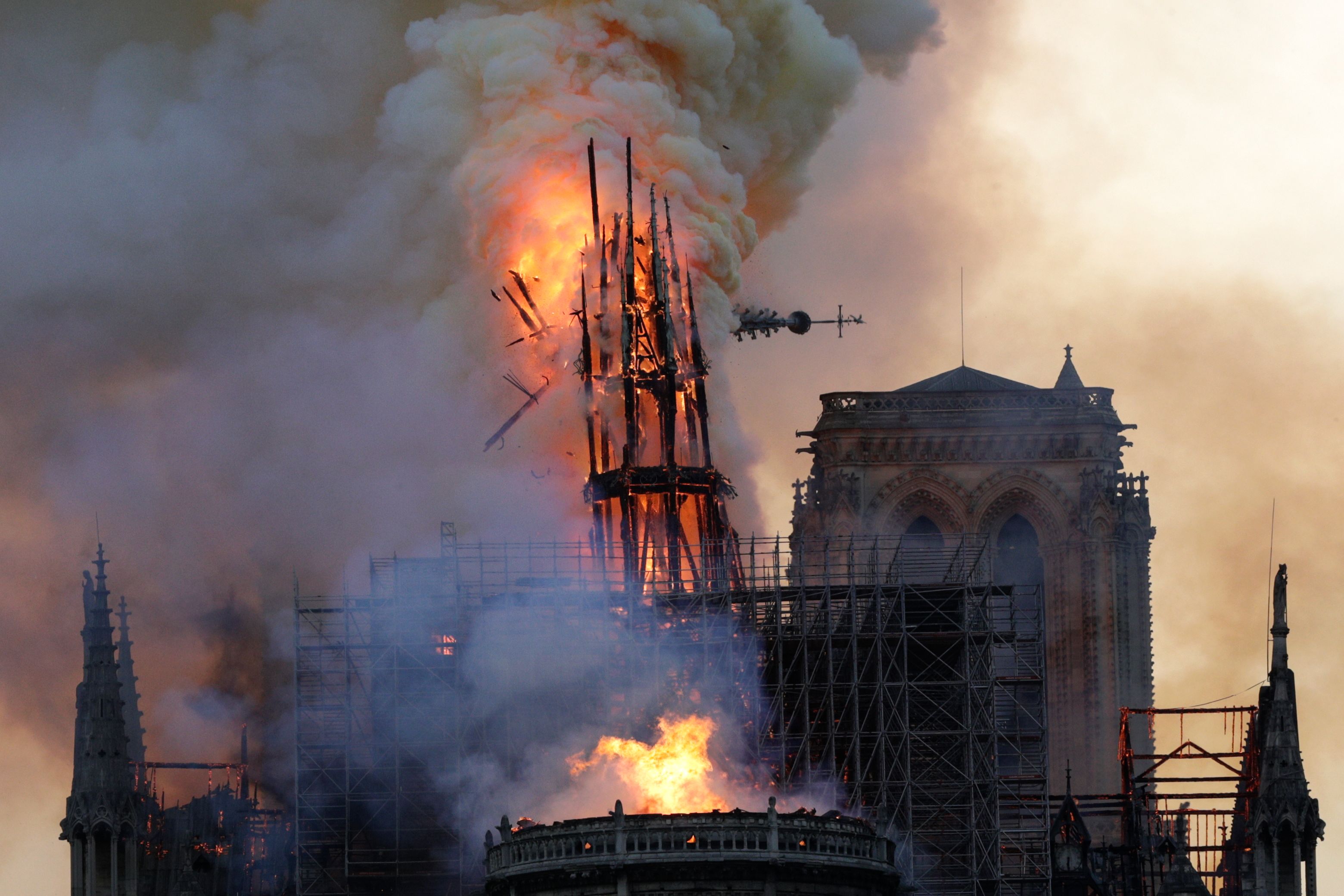 It is the first festive concert to be held at the cathedral since the devastating fire last yearCredit: AFP – Getty

It is the first time the event has been held since the landmark was ravaged by fire in April 2019.

The security measures were “drastic” as a team of 25 people gathered on site to record the event.

Paris Archbishop Michel Aupetit said holding the concert was important, especially in the context of the Covid-19 epidemic, to share some Christmas cheer.

They also had to face the biting cold, with cellist Gautier Capucon saying:  “Our fingers suffered but this is all part of the Christmas magic.”

The music performed had to be adapted to the exceptional circumstances as the children’s choir could not be present and the number of singers drastically reduced.

They performed festive favourites such as Jungle Bells, Silent Night, as well as “Ave Maria” by Franz Schubert and Jehan Alain is on the programme, as well as Mozart’s “Laudate Dominum”.

The performance is only the third event of its kind to be held at Notre-Dame after the massive fire on 15 April 2019 that nearly destroyed the Gothic masterpiece.

The spectactle was recorded on December 22 and then broadcast on 25 December.

Only a group of 25 singers were allowed in the landmark to record the eventCredit: AP:Associated Press 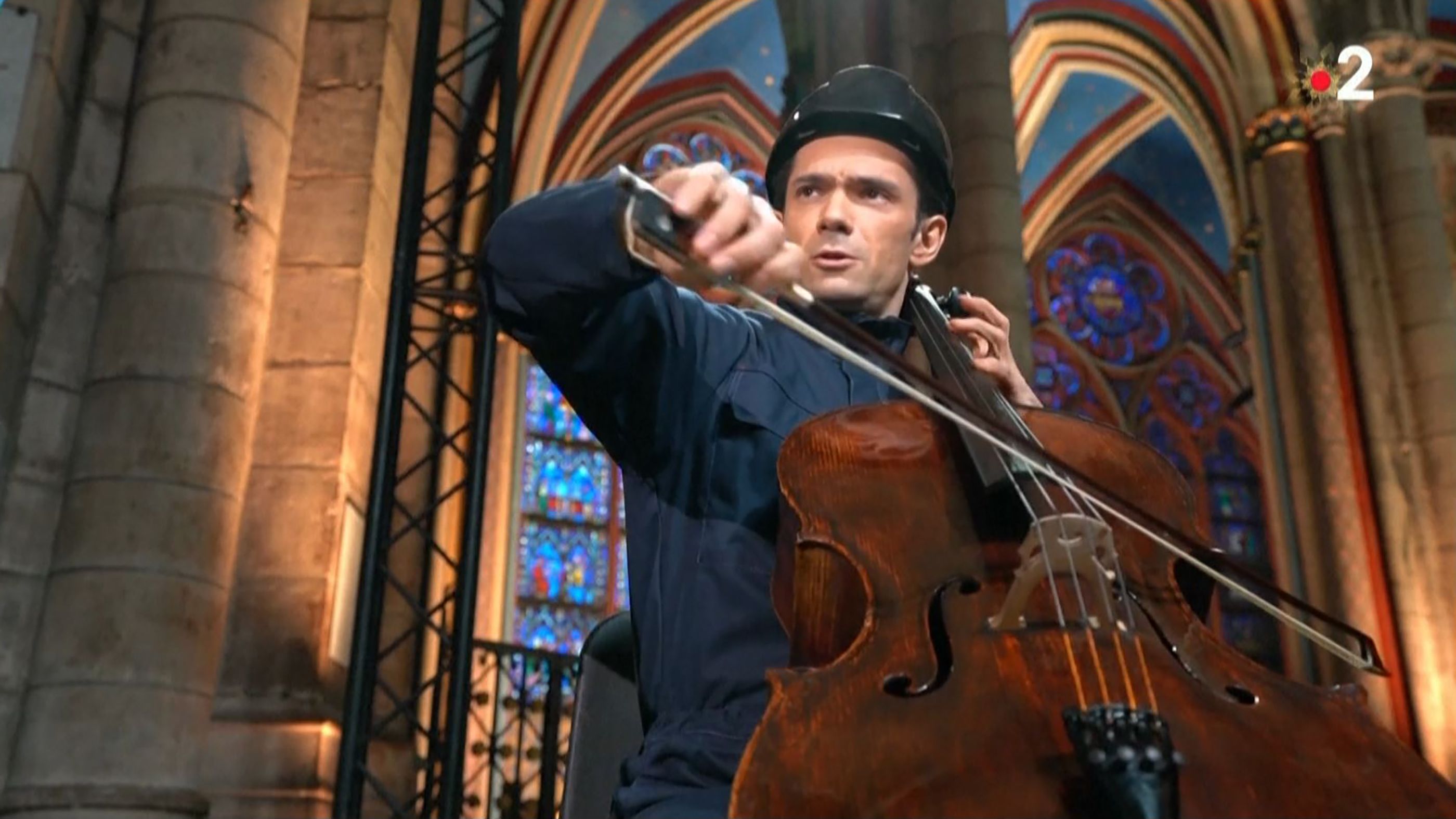 Cellist Gautier Capucon plays despite the cold at the Paris landmarkCredit: AFP or licensors 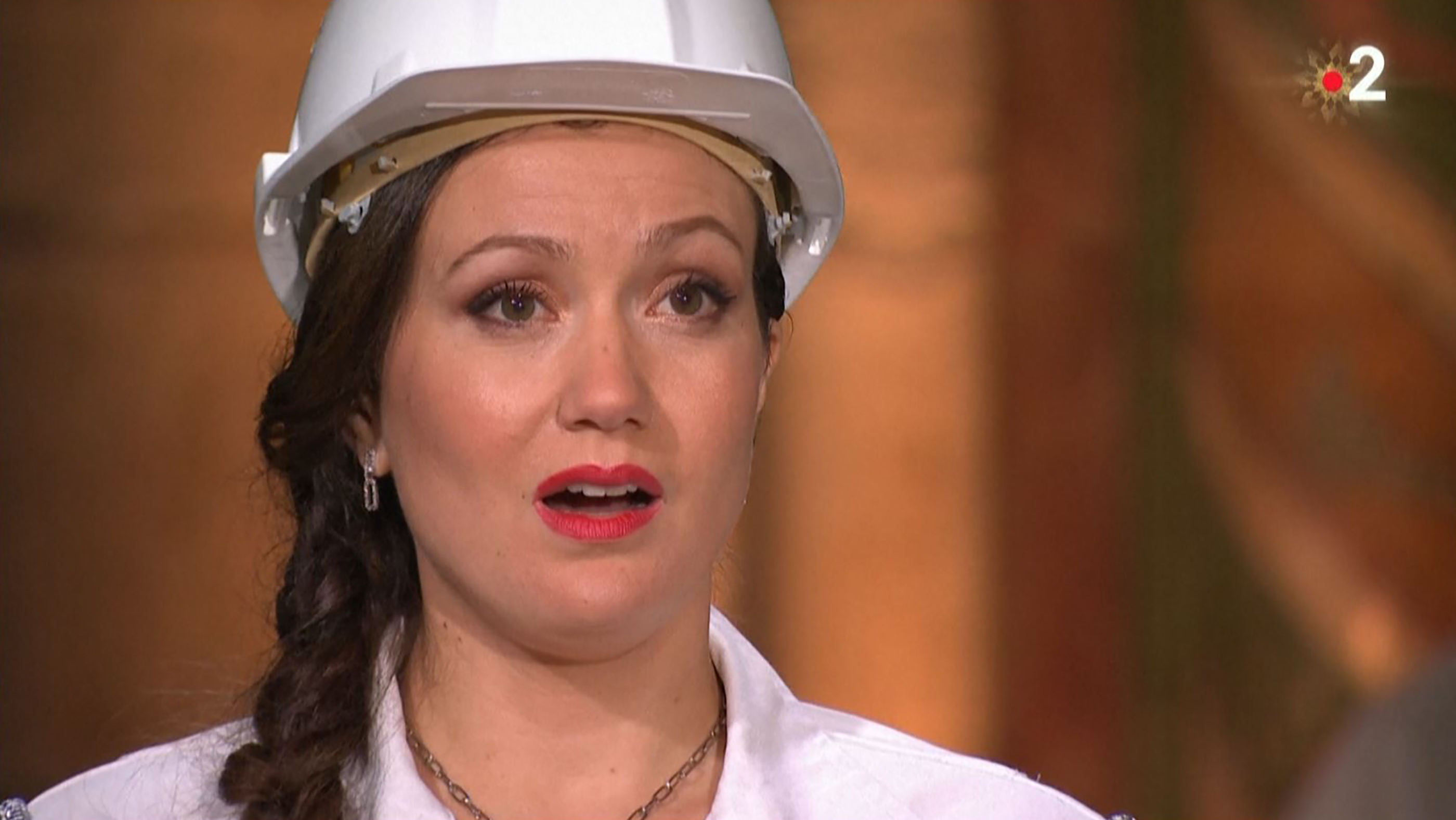 The Gothic cathedral has now been restored Credit: AFP or licensors 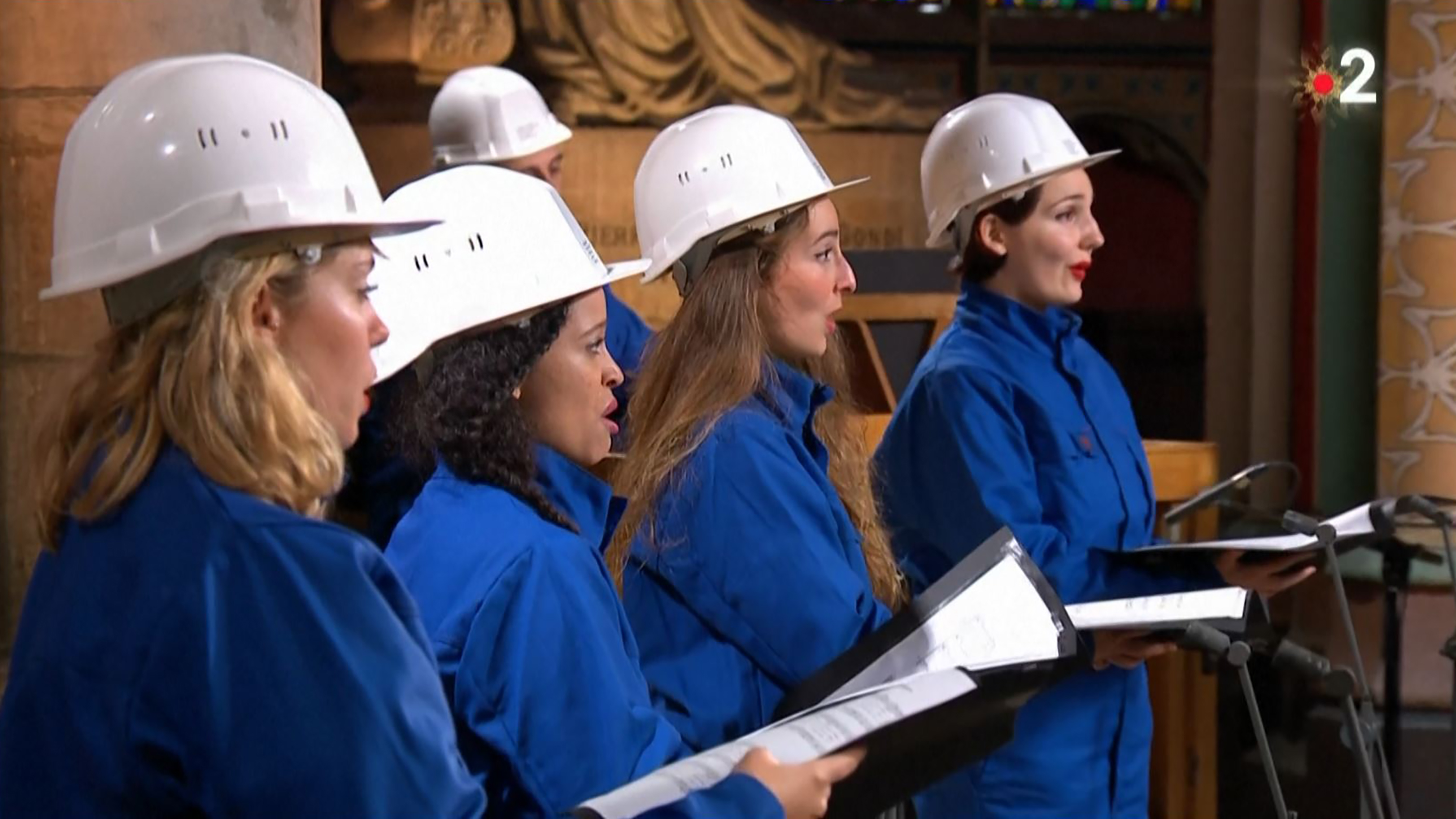 The artists wore special equipment to conform to security protocolsCredit: AFP or licensors