Dezeen promotion: AHEAD has unveiled the winners of its Europe 2021 edition, including its coveted Hotel of the Year award, which was taken home by luxury hotelier NoMad‘s London hotel.

The Awards for Hospitality Experience and Design (AHEAD) celebrates compelling hospitality projects from around the world, and is divided into four different regions: Europe, Middle East and Africa (MEA), Asia, and the Americas.

This year’s Europe edition of the awards reviewed projects that have opened, reopened or launched on the continent between June 2020 and May 2021.

The NoMad London won five awards, including Hotel of the Year

The European winners were unveiled during a live ceremony that took place in London venue Evolution on 19 November. Described as an “industry reunion”, it was the organiser’s second in-person event since the Covid-19 pandemic.

NoMad London was the star of the night, winning five awards including Event Spaces, Hotel Conversion, Lobby and Public Spaces, Restaurant and the prestigious Hotel of the Year award. 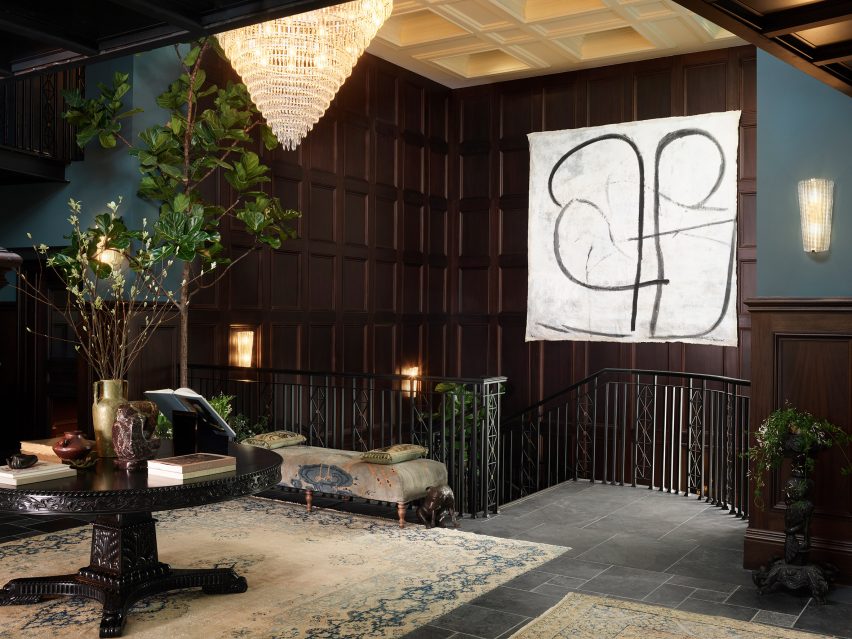 Meanwhile, the building itself was awarded the Hotel Conversion prize for injecting life back into a grade II-listed building that previously functioned as a magistrates court and police station.

The hotel was a favourite among the judges, who described it as “an enchanting conversion piecing together incredible architecture” before awarding it Hotel of the Year. 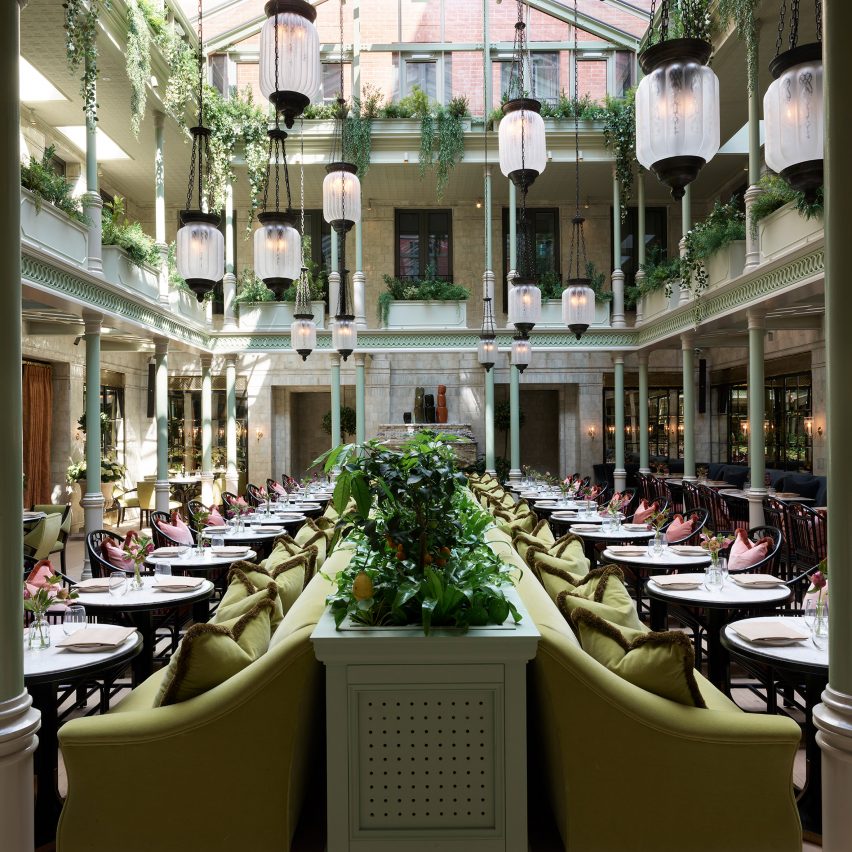 When designing the hotel’s spaces, New York interiors firm Roman and Williams brought together decorative Victorian elements with pieces that emulate New York in the 1920s.

The historic building houses 91 hotel rooms, a glass-domed atrium-style restaurant, a bar designed to look like a typical British pub, and a grand ballroom set within the original court. 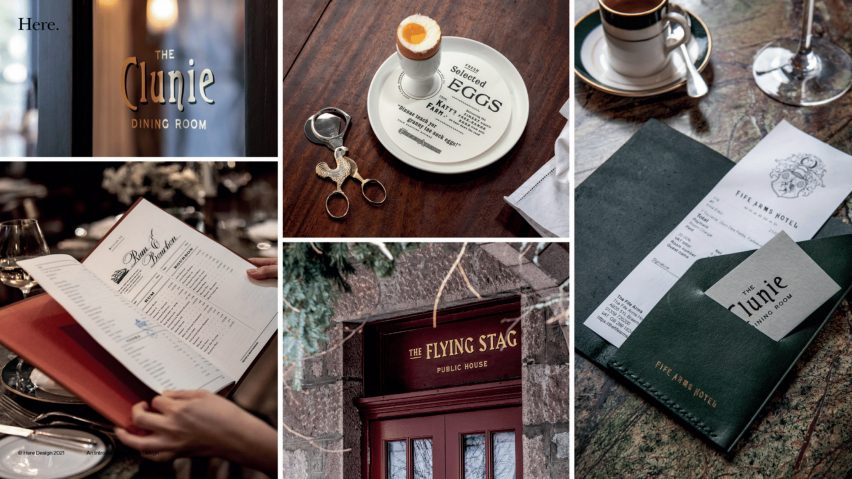 Another building praised for its use of history was The Fife Arms Hotel, which was awarded both the Bar, Club or Lounge and the Visual Identity award for its “stunning sense of place through colour tone and iconography that seamlessly relates to the holistic design approach”.

The Suite award was given to the two-bedroom Herbs Villa at the Ekies All Senses Resort in Greece, which combined local and contemporary design and architectural elements. 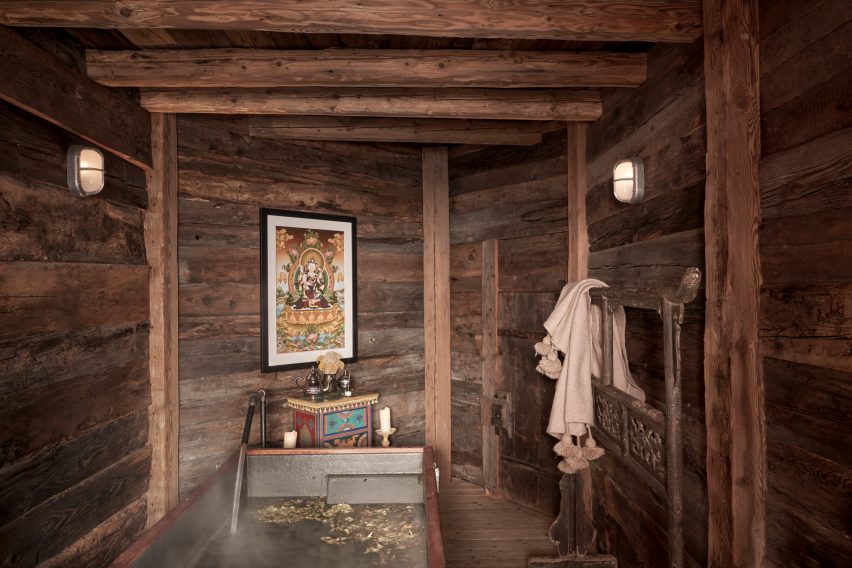 The CERVO Mountain Resort is tucked away in the Swiss Alps

Situated in a colder climate, the Resort award was given to the snowy CERVO Mountain Resort, nestled amongst the Swiss Alps, which was designed with a focus on sustainability and maintaining a connection with nature.

The resort’s lodges feature a modern alpine design that offers warmth through its use of natural materials, such as wood. 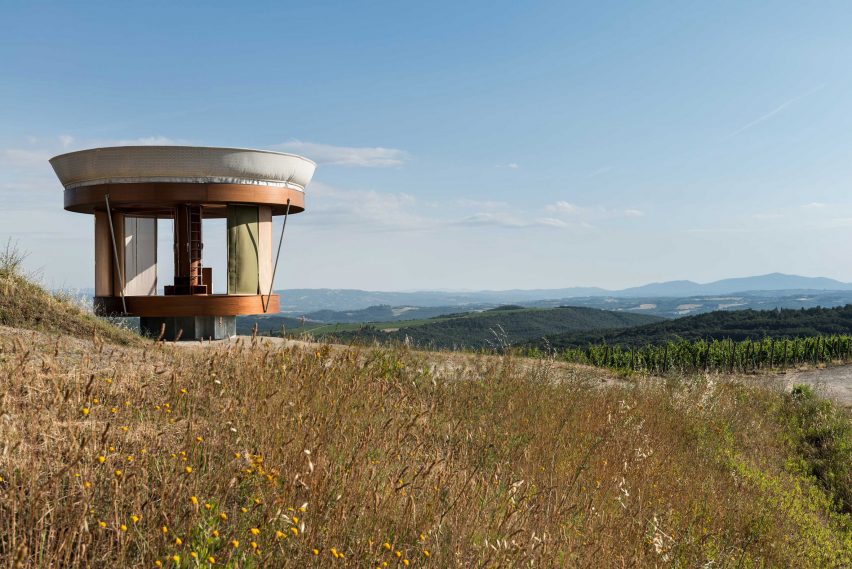 The Casa Ojala cabin offers a “360 guest experience in glamping”

Other winners include the Pater Noster Lighthouse in Sweden, which won the New Concept award. Situated on Hamneskär island, design agency Stylt converted the old lighthouse on the craggy isle into a hotel that takes advantage of its natural surroundings.

Also situated in a unique location is the Casa Ojala luxury cabin, tucked in amid rolling hills of rural Italy, which won the Lodges, Cabins, and Tented Camps award.

The cabin offers a “360 guest experience in glamping” as visitors are able to use a manual mechanism composed of ropes, handles, pulleys, and cranks to open up the space or give themselves total privacy.

To see the full list of winners from AHEAD Americas 2021 and learn more about the awards scheme, visit the AHEAD website.

This article was written by Dezeen for AHEAD Awards as part of a partnership. Find out more about Dezeen partnership content here.