SO the band plays on. Is that an EU Ode to Joy, I hear? Or The Smiths singing I Know It’s Over?

Defiant Boris Johnson yesterday insisted: “We are trying with all our hearts.” 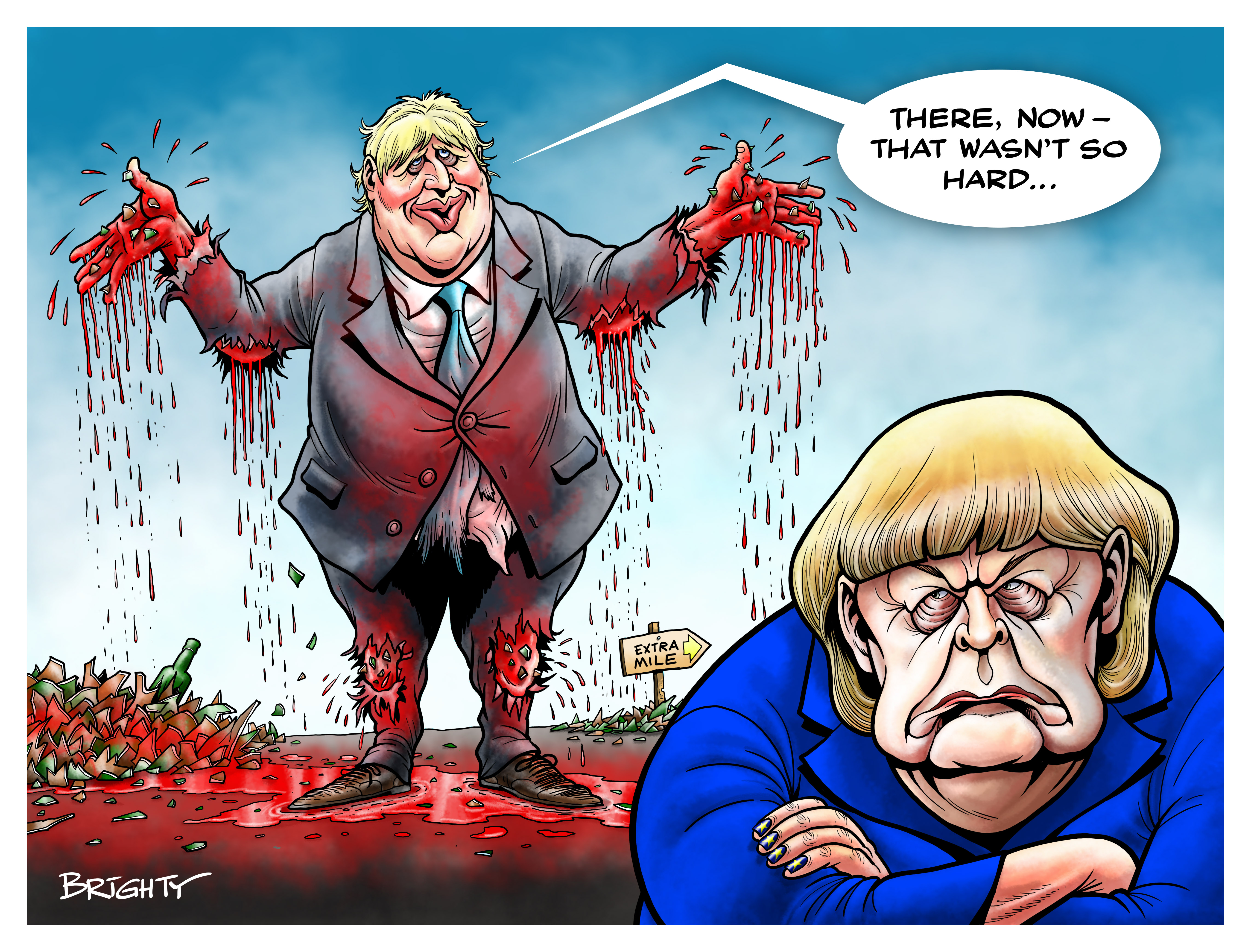 But he warned: “Get ready to trade on World Trade Organisation terms. There is a clarity and a simplicity in that approach that has its own advantages.”

As for the EU, inflexibility is a baked-in design flaw.

Steely German Chancellor Angela Merkel has the last word and she would reportedly see us “crawl over broken glass” before giving way.

Rather than be blamed for crashing the talks, both sides are kicking the can down the road before plunging us into an ugly Christmas blame game and chaotic New Year.

So, have the last four tortuous years of negotiations, the £40billion “fine” for voting OUT and the search for a friendly divorce been a futile waste of time?

A 2015 punishment beating dished out to poor old Greece for defying German bullying was meant to deter any other upstart member state from rebelling.

Today, this sunny Aegean nation is an economic penal settlement, whipped into submission and crushed under a mountain of unpayable debt, mostly German money.

We assumed nothing of the kind could happen to a country like Britain, then the world’s fifth-largest economy.

Yet this was precisely the plan, as revealed in a fly-on-the-wall BBC film showing sneering EU chief Guy Verhofstadt openly threatening to turn us into an “EU colony”.

We were to be stopped from setting up as a competitive low-tax Singapore-on-Sea. 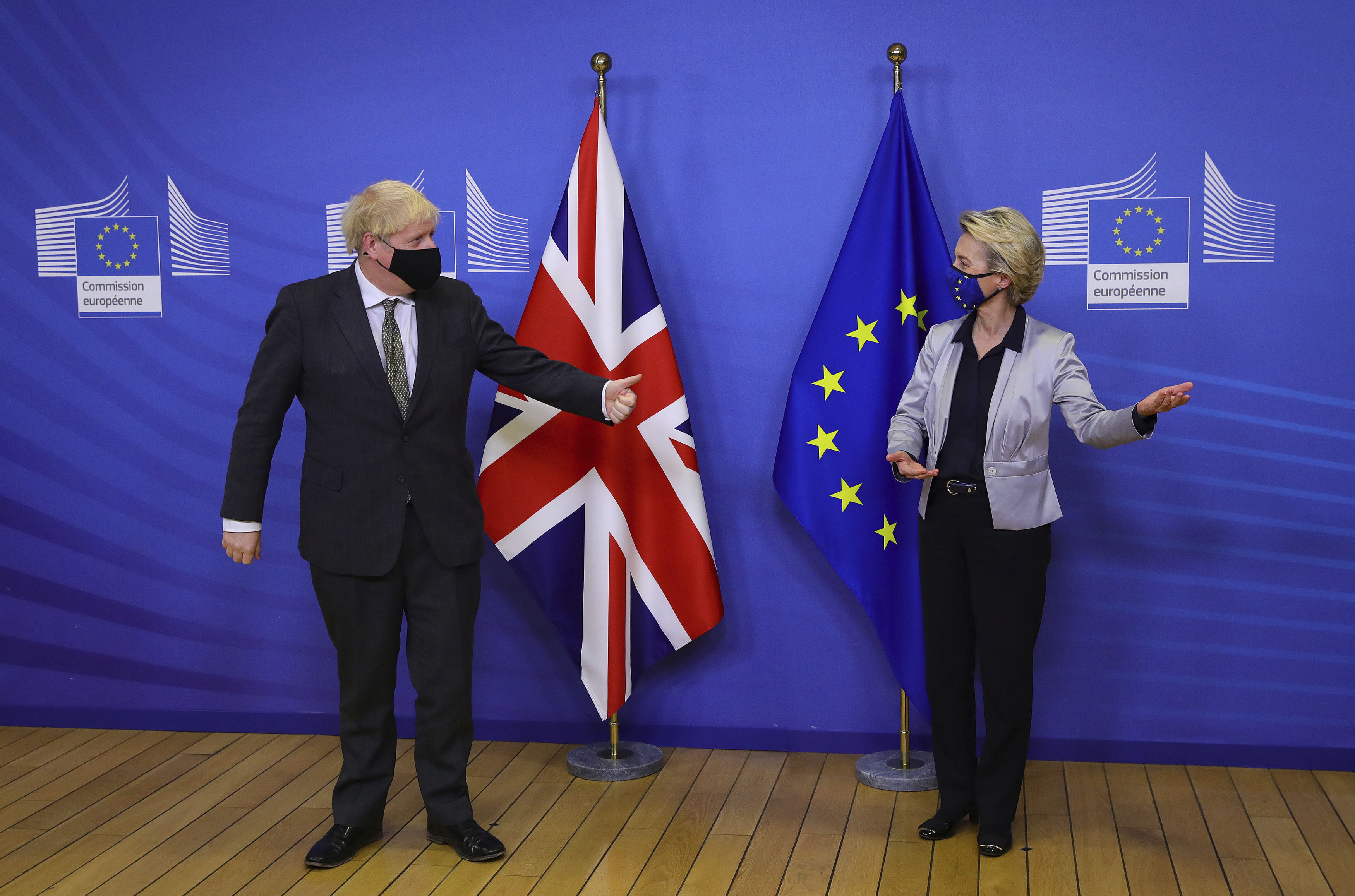 If anything, the undemocratic, vindictive EU is driving us firmly in that direction.

We are leaving — and if the French try to starve us out and steal our banking industry, Britain will be forced to compete ruthlessly for trading opportunities wherever they lie.

That’s precisely how we were able to buy Pfizer’s Covid vaccine and save lives weeks before Brussels slashed red tape to follow suit.

Britain is already seen globally as a good place to do business. Alarmist claims that London’s famous Square Mile — which generates a quarter of UK wealth — would shut down and move to Paris or Frankfurt proved false.

Big-money investors are stumbling over each other to spend their billions in Britain.

By contrast, a No Deal Brexit would be a disaster for the EU, which is already struggling with a political, social and economic crisis fuelled by a soaring euro. 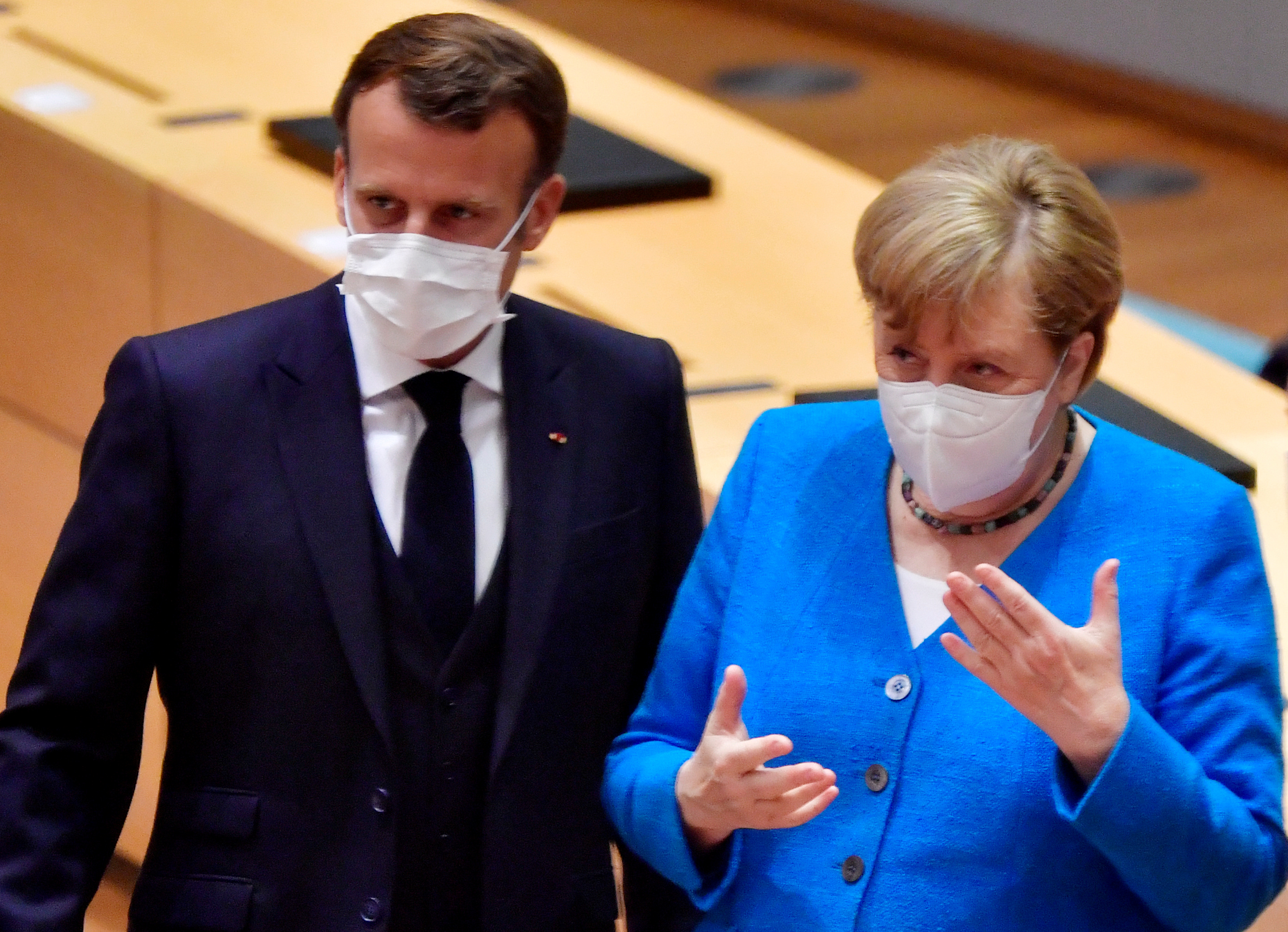 French farmers and fishermen, German car and electronic giants and Mediterranean tourist industries that rely on Brits for their profits would be fighting for survival amid the wreckage of Covid.

Yet despite the fog of economic war, the outline of a possible face-saving deal was emerging last night.

“My gut tells me they are both drawing back from the brink,” says an ex-Brexit minister.

“They will settle on a mechanism to resolve arguments over issues like employment conditions, unfair competition and environmental standards.

“After all, we will have to agree on these issues before the next election, so why not now?”

Brexiteers won’t tolerate the loathed European Court of Justice as judge and jury, but might accept a genuinely independent cross-party referee.

As an added attraction, this would stymie Nicola Sturgeon’s incessant clamour for Scottish independence.

For Boris Johnson, a decent eleventh-hour deal would see all his Christmases come at once.

What will he do with all this new sovereign power? Turn Britain into a lean and hungry Roaring Twenties economy? Or subside into a soggy, big-state, high-tax nation?

THE casual contempt for safety exposed over the Grenfell Tower incineration of 72 innocent men, women and children is shocking beyond belief.

Callous contractors allegedly supplied and fitted insulation panels which were effectively solid petrol. An inquiry has been told they lied about test results and twisted records to avoid safety regulations.

An email submitted in evidence shows some treated warnings as a joke. One executive scoffed: “They are getting me confused with someone who gives a damn.”

This catalogue of greed, negligence and deception, if true, must land culprits in jail.