THERE is fierce debate over who is the best defensive midfielder in the Premier League.

But England star Declan Rice has made more tackles and more interceptions than Fabinho, Rodri and N’Golo Kante this season. 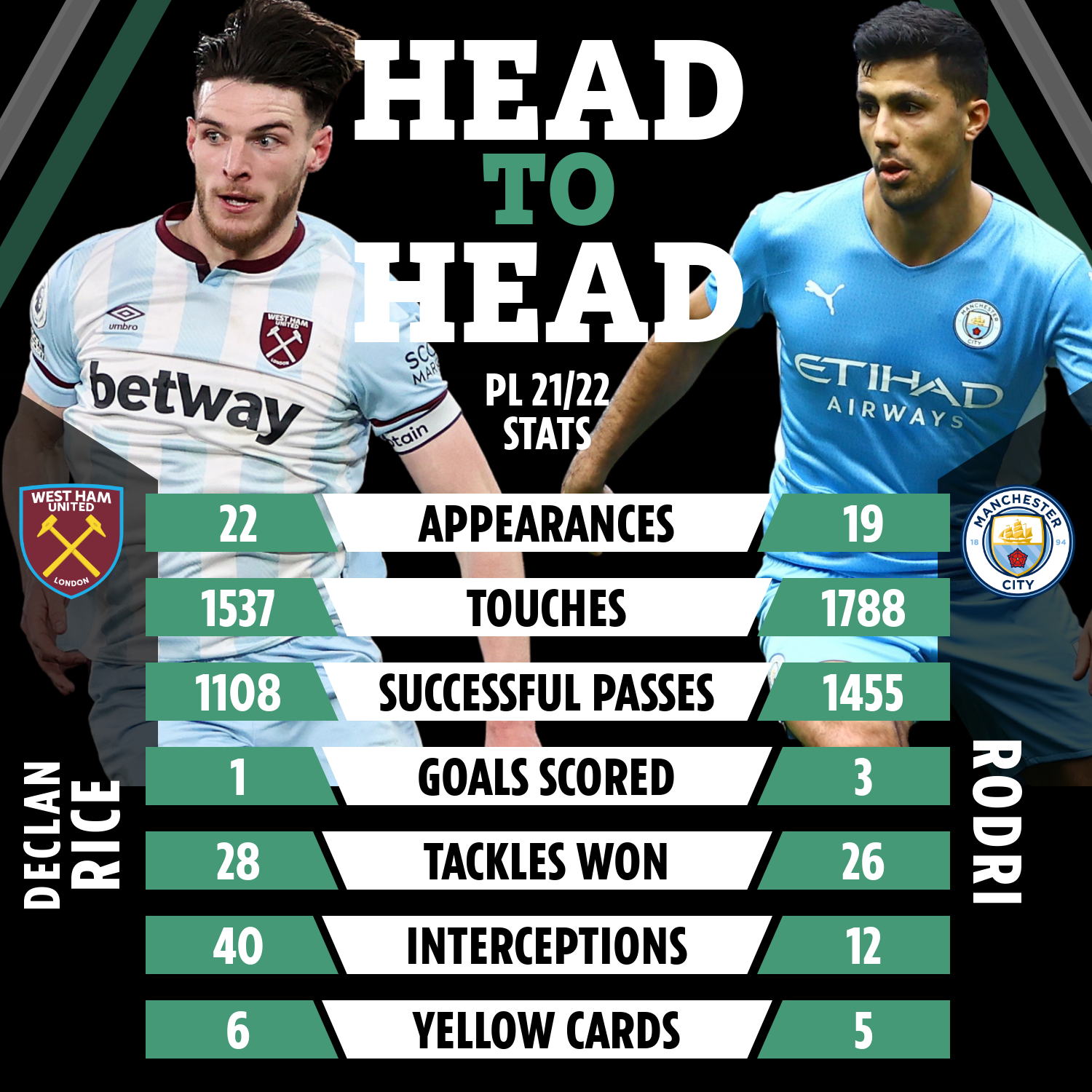 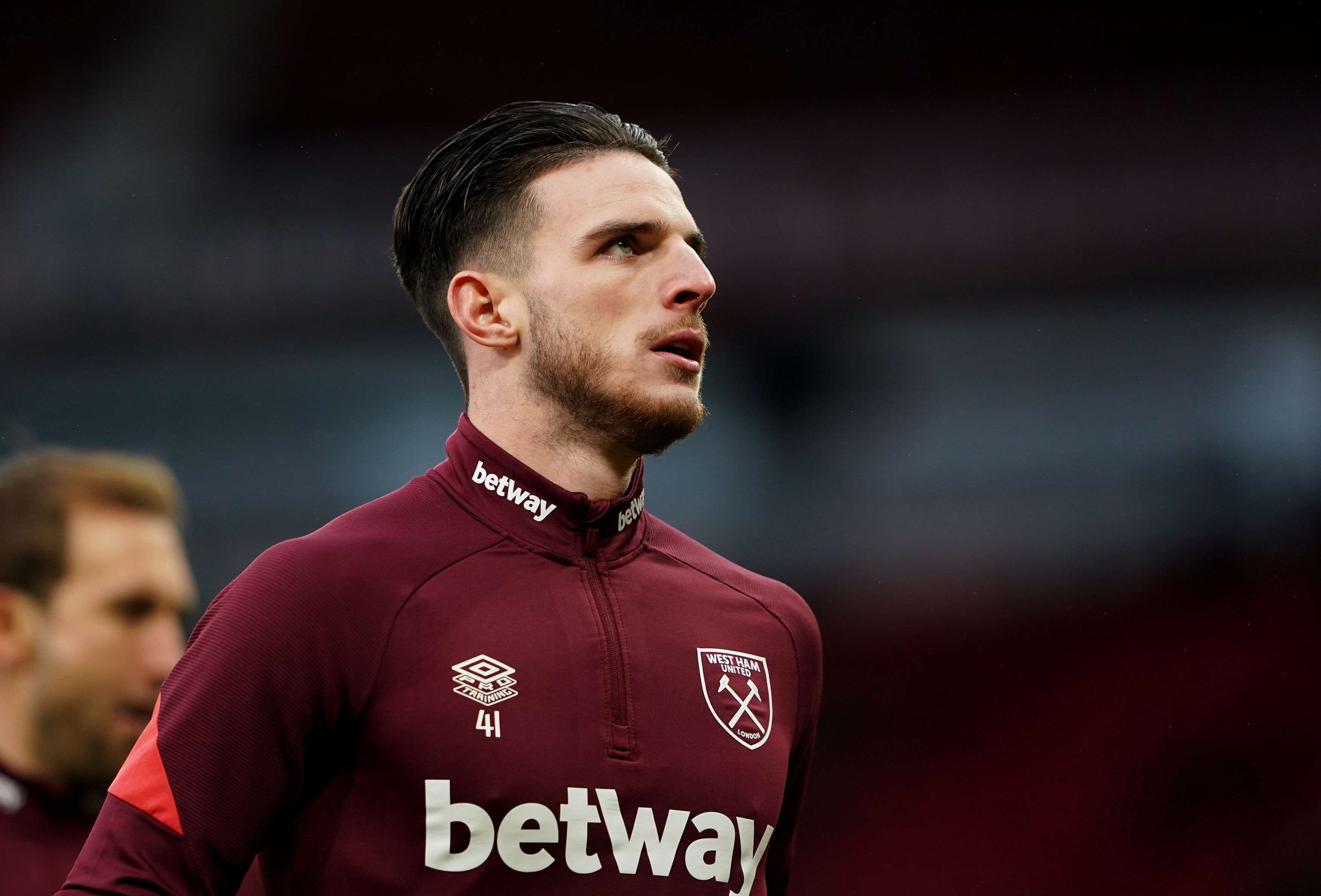 Rice has made more tackles and interceptions than Rodri, Fabinho and KanteCredit: PA

Rice, 23, has gone from strength to strength for West Ham and his form has been recognised with transfer interest from Manchester United and Chelsea.

In 22 Prem games he has won 28 tackles and an incredible 40 interceptions, as well as making improvements to the attacking side of his game.

His West Ham side often have less possession of the ball than Liverpool, Chelsea and Manchester City – so that influences the statistic in his favour slightly.

But he has made also more passes than Fabinho and Kante – more than doubling the latter’s efforts, albeit having played more games than both players.

City lynchpin Rodri boasts the most successful passes out of the four with an incredible 1455 from 19 games.

He also has the most touches with 1788 – Rice is second best with 1537 while Kante is the only one not to break a thousand.

But the Frenchman is perhaps the most disciplined having being booked just once.

Rice has picked up the most yellow cards with six while Fabinho and Rodri have four and five respectively.

That suggests Kante’s positioning may be the best of the group as he is rarely caught out by the opposition – Rodri, for example, often makes cynical fouls when opponents are breaking away.

But somewhat surprisingly, Kante’s rate of one interception per game is the second-lowest behind Rodri.

The duo are heavily outranked by Fabinho, who has made 1.75 interceptions per game, and Rice – with 1.8 per game.

Kante has also made the least number of tackles with 13, although Fabinho is narrowly ahead of him on 14 and has played one game more.

Rodri has a better average per game in the tackling department than Rice and has improved his threat in attack this term thanks in part to his long-range shooting.

His rocket strike against Everton is one of three league goals he has scored this term.

That is the most from open play out of the four with Fabinho matching his tally but with his penalty against Crystal Palace included in that total.