THE body of a Catholic priest who ran a migrant shelter was found dead along with another man near the border on May 17.

José Guadalupe Rivas Saldaña, 57, served at the San Judas Tadeo church in Tecate, Baja California for over twenty years before his mysterious death.

The body of José Guadalupe Rivas Saldaña was found near the border two days after being reported missingCredit: archdiocesan website

He ran Casa del Migrante, a migrant shelter in Tecate, which is located south of the Mexican border just 40 miles southeast of Downtown San Diego.

The priest was last seen on May 15 and was reported missing. The state attorney general had begun an investigation.

Rivas Saldaña died from head injuries, according to local reports.

The priest may have also been tortured, reported Infovaticana, a news organization based in the Vatican in Rome. 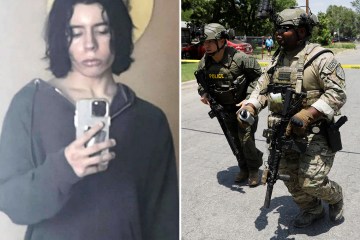 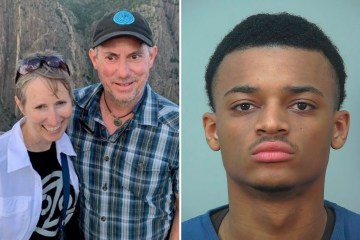 The leader of the Archdiocese of Tijuana, Archbishop Francisco Moreno Barrón, prayed during a church service following the news of Rivas Saldaña’s passing.

Moreno Barrón said the priest had “returned to the Father’s house.” He later demanded while speaking with members of the media that the Baja California Attorney General’s Office find whoever is responsible for the murder.

“Let us pray to our Heavenly Father to have mercy on him and that he may soon enjoy the Heavenly Homeland. Give him, Lord, eternal rest and may perpetual light shine upon him. Rest in peace,” said Moreno Barrón.

So far, no suspects have been identified and details about the other man found at the scene are still unknown.

A documentary produced by Vatican News found that at least 47 pastoral workers within the Catholic Church have been killed in Mexico since 2005.

The country is listed as one of the most dangerous in the world for clergy.

The body of another priest in the Tijuana archdiocese was found in October 2018. Father Ímar Arturo Orta was found in an abandoned car with multiple bullet wounds.

Rivas Saldaña was the fourth of 10 siblings. He was ordained on October 29, 1994, by Bishop Luis Morales Reyes of Torreón, according to the Catholic News Agency.

Rivas Saldaña’s body was found along with another unidentified manCredit: Telemundo Houston

Mexico is regarded as one of the most dangerous countries for clergy workersCredit: Telemundo Houston