A SHOCKING video shows the mysterious moment a huge flock of birds suddenly dropped from the sky leaving dozens dead.

The bizarre moment was caught on security footage in the northern Mexican city of Cuauhtémoc early in the morning of February 7.

The flock of blackbirds crashed to the ground suddenlyCredit: Storyful 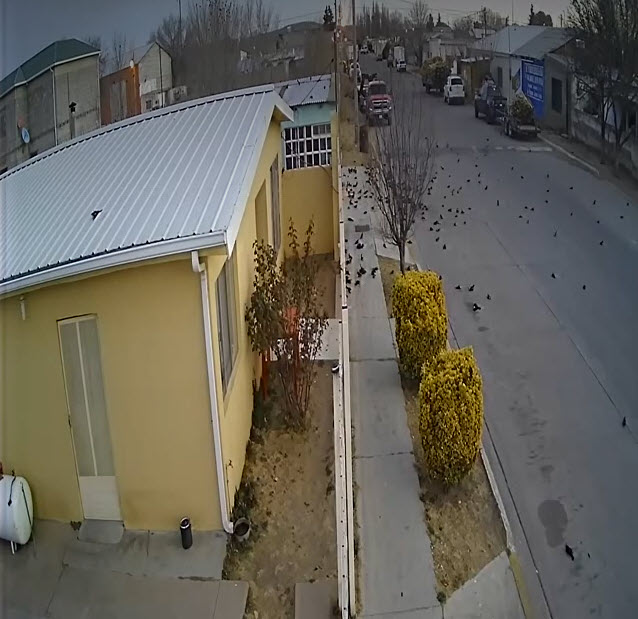 Bodies of the birds were left on the street and sidewalkCredit: Storyful

The flock contained yellow-headed blackbirds which migrate to Mexico from the US and Canada.

Residents came across dozens of the birds dead on the sidewalks and streets and called the authorities, according to Fox News.

Alejandra Herlinda Iglesias Gonzalez told Storyful that two of her relatives had witnessed the flock collide with the street suddenly.

When police were called, they found the moment on the family’s security camera footage.

The moments leading up to the flock dramatically plunging toward the ground can not be seen.

Hundreds of birds suddenly hit the ground like a cloud of smoke with many remaining on the street while dozens more fly off.

As the footage continues, more birds slowly get up and fly away.

The bodies of other birds remain scattered on the street.

Local newspaper El Heraldo de Chihuahua reported that a veterinarian responded to the scene after being called by police.

They reportedly claimed that the birds may have died as a result of inhaling toxic fumes from a nearby heater or an overload from power lines.

Others claimed that the flock was “flushed” from above by a predatory bird who was trying to make a catch.

Dr Richard Broughton, an ecologist with the UK Centre for Ecology & Hydrology, told The Guardian that he is 99 percent sure another bird is to blame.

He explained that the predator bird could have made the birds fly tightly together and drive them toward the ground.

“This looks like a raptor, like a peregrine or hawk, has been chasing a flock, as they do with murmurating starlings, and they have crashed as the flock was forced low,” he said.

“You can see that they act like a wave at the beginning as if they are being flushed from above.”

“For my part and from one video and no toxicology, I’d still say the most probable cause is the flock murmurating to avoid a predatory raptor and hitting the ground,” Dr Alexander Lees, a senior lecturer in conservation biology at Manchester Metropolitan University, agreed

“In a tightly packed flock, the birds are following the movements of the bird in front rather than actually interpreting their wider surroundings, so it isn’t unexpected that such events happen occasionally.”

The official specific cause has not yet been determined.

It comes a month after 200 birds mysteriously fell dead from the sky like a “horror film” in the United Kingdom.

One local resident, Claire Eaton, told the BBC of the horrifying mystery incident.

She said: “It was really traumatic. On the road, there were quite a few dead birds.

“Blood splattered everywhere. I saw a flash in the sky about an hour previously.

“It was like something out of a horror film. I think the cause of this is man-made, and people need to respect our wildlife.”

The RSPB has not confirmed their cause of death – but say the birds may have been disturbed from their evening roost.

Hundreds of birds were also found dead on pavements after falling from the sky “like rain” in Spain late last year.

At the time, it was thought that the birds were probably electrocuted or had died of avian flu, however, both causes have now been ruled out by the investigating authorities – leaving locals baffled.

And after hundreds of dead birds were found in a cemetery in Bali after mysteriously falling en-masse from the sky.

The dead birds fell into a cemetery in Gianyar on the Indonesian island and local authorities initially said the incident was caused naturally – suggesting extreme weather was to blame, even acid rain.

A follow-up statement revealed pesticides were the cause. 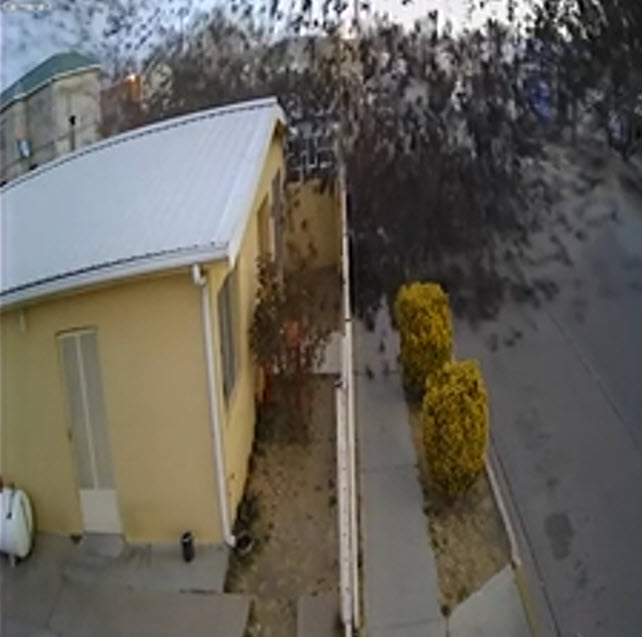