AN Area 51 researcher said his home was raided by the FBI and US Air Force who seized all his computers,

Joerg Arnu runs the Dreamland Resort website dedicated to the goings on at the mysterious base in Nevada but said he was subject to a “humiliating raid”. 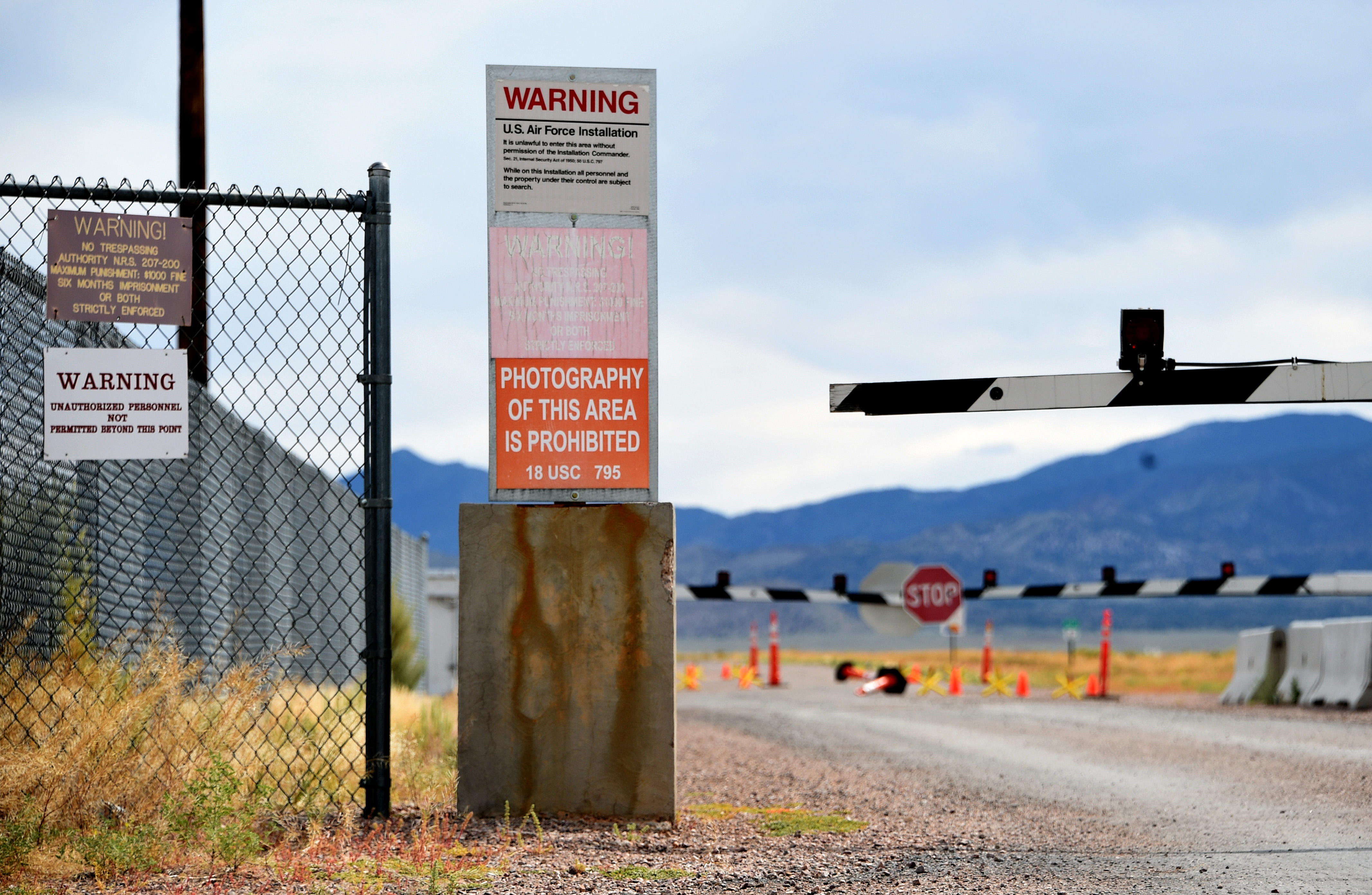 The mysterious based is shrouded in secrecyCredit: Getty Images – Getty 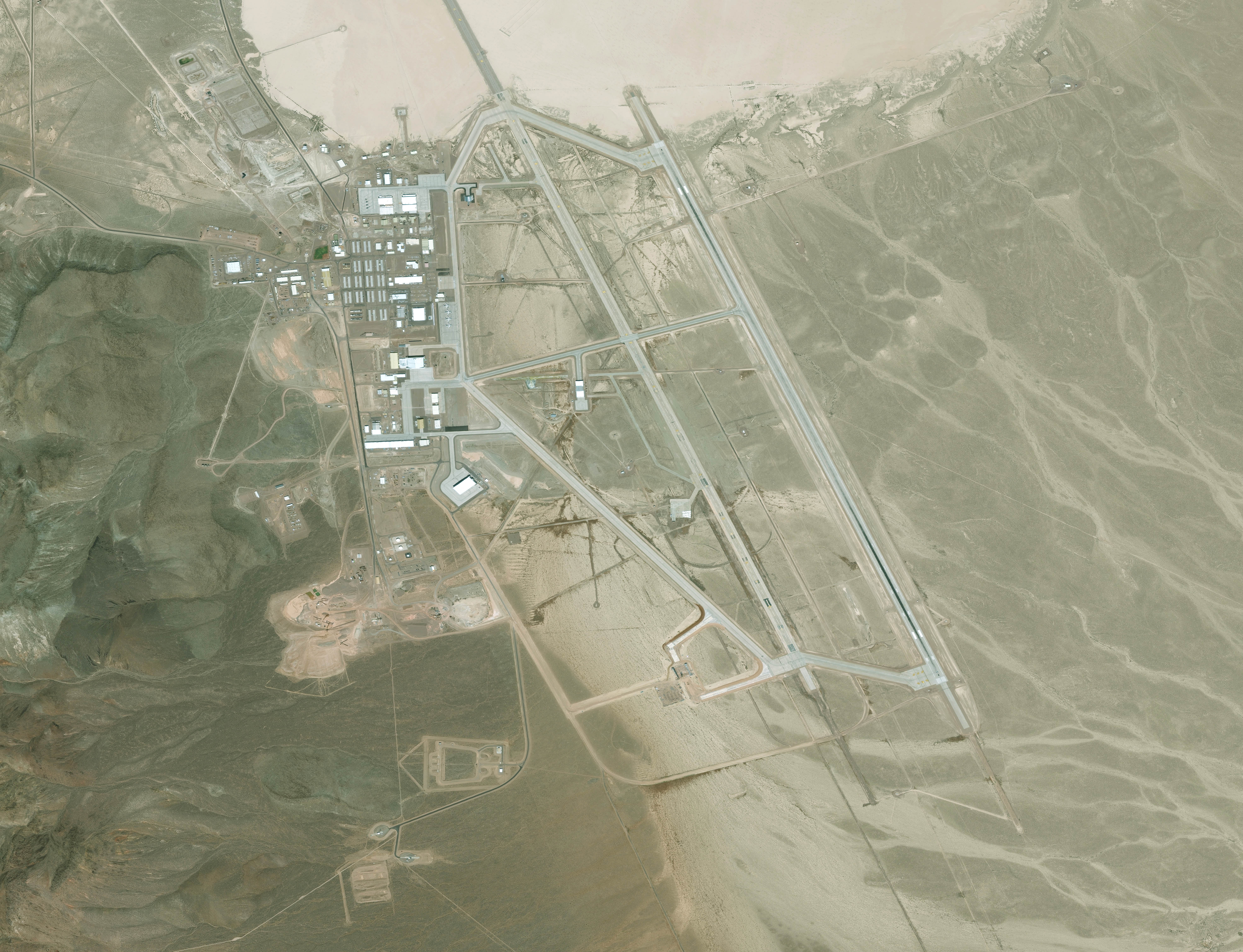 Area 51 is located in the Nevada desertCredit: Getty

Anru said his homes in Las Vegas and also in the town of Rachel were searched by a “combined team” of the FBI and Air Force Office of Special Investigations.

Writing on the website, he said “each location saw at least 15-20 agents rummaging through our homes and about 8 vehicles”.

“I will spare you the details but it got quite tense and humiliating for me in Rachel and for my girlfriend in Vegas,” he said. 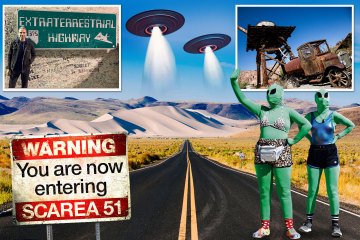 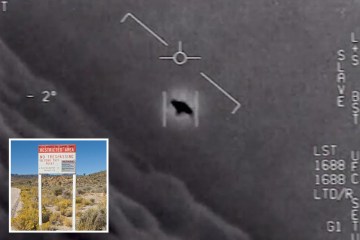 “All my laptops, phones, memory sticks, cameras, drone and other items were seized.

“When it was all over I was left in Rachel with two broken doors, broken furniture inside the house and zero means to communicate.

“Our Vegas home fared a little better, with only a broken front door and torn down blinds.”

Arnu said that in the process, he has lost “ALL my data, medical files, financial and tax records, passwords, everything”.

“To the best of my knowledge I have not broken the law,” he said.

“The search warrants are not very specific but aerial photos of Area 51 and other installations came up repeatedly.

“So I have taken those down for now to defuse the situation.”

Arnu said he is now “stuck with thousands in cost for repairs and replacement of the most essential electronics and expected legal fees”.

“I will speak with an attorney tomorrow about how to proceed,” he said.

The FBI’s Las Vegas office has been contacted for comment.

German-born Arnu moved to the United States in 1995 after studying electrical engineering and worked in Silicone Valley.

His lifelong interest in aviation led him to begin researching Area 51 and named his website after the radio call sign of the restricted airspace.

Over the years he’s has appeared in numerous Area 51 documentaries and TV shows as well as contributed material and expertise to dozens of productions.

Area 51 is located in the southern portion of Nevada, just 83 miles north-northwest of Las Vegas.

It’s the common name of a highly classified at the United States Air Force facility within the Nevada Test and Training Range.

The so-called Roswell incident is one of the most discussed and controversial UFO theories in history.

The airbase is commonly believed by many to be the home of the development and testing of experimental aircraft and weapons systems.

However, the CIA never acknowledged the existence of the facility until June 2013, following a Freedom of Information Act request filed in 2005.

The base has been a testing ground for a host of top-secret aircraft, including the U-2 in the 1950s and later the B-2 stealth bomber.

Declassified documents say it was originally an area for the Army Air Corps pilots to practice their aerial gunnery.

During the Cold War, experimental aircraft, such as the high-altitude U-2 spy plane, and weapons systems were tested there.

The current use of Area 51 is still unknown and remains top secret.