SEVERAL headless and tailless sharks have been found mysteriously dumped on a beach in Chile among trash.

The sea creatures were found among tyres, rubble and urban waste at a large illegal dumpsite at the port city of Antofagasta. 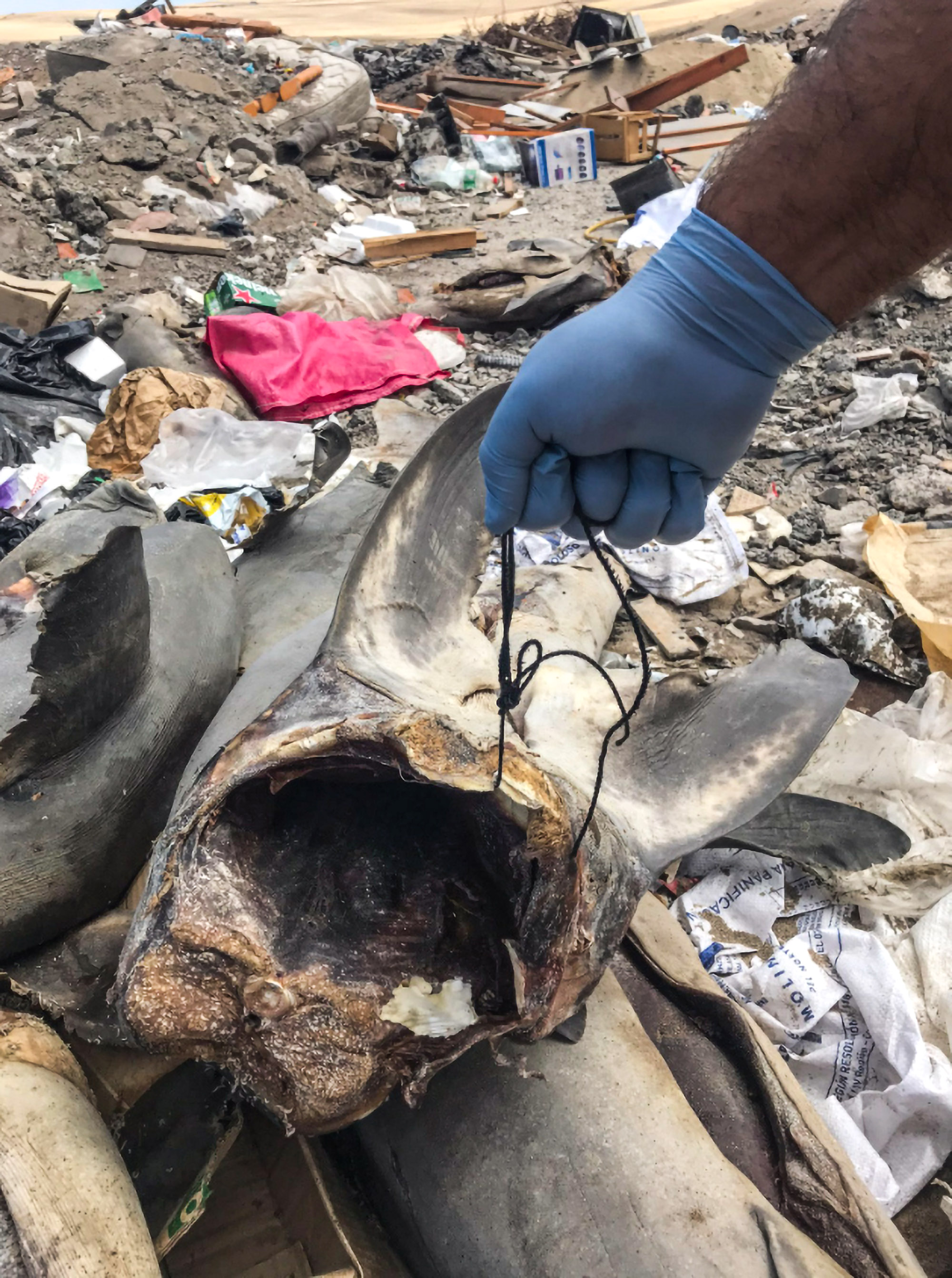 The sharks were found with their heads and tails cut off on a beach in Chile Credit: @rafacastromeza/Newsflash 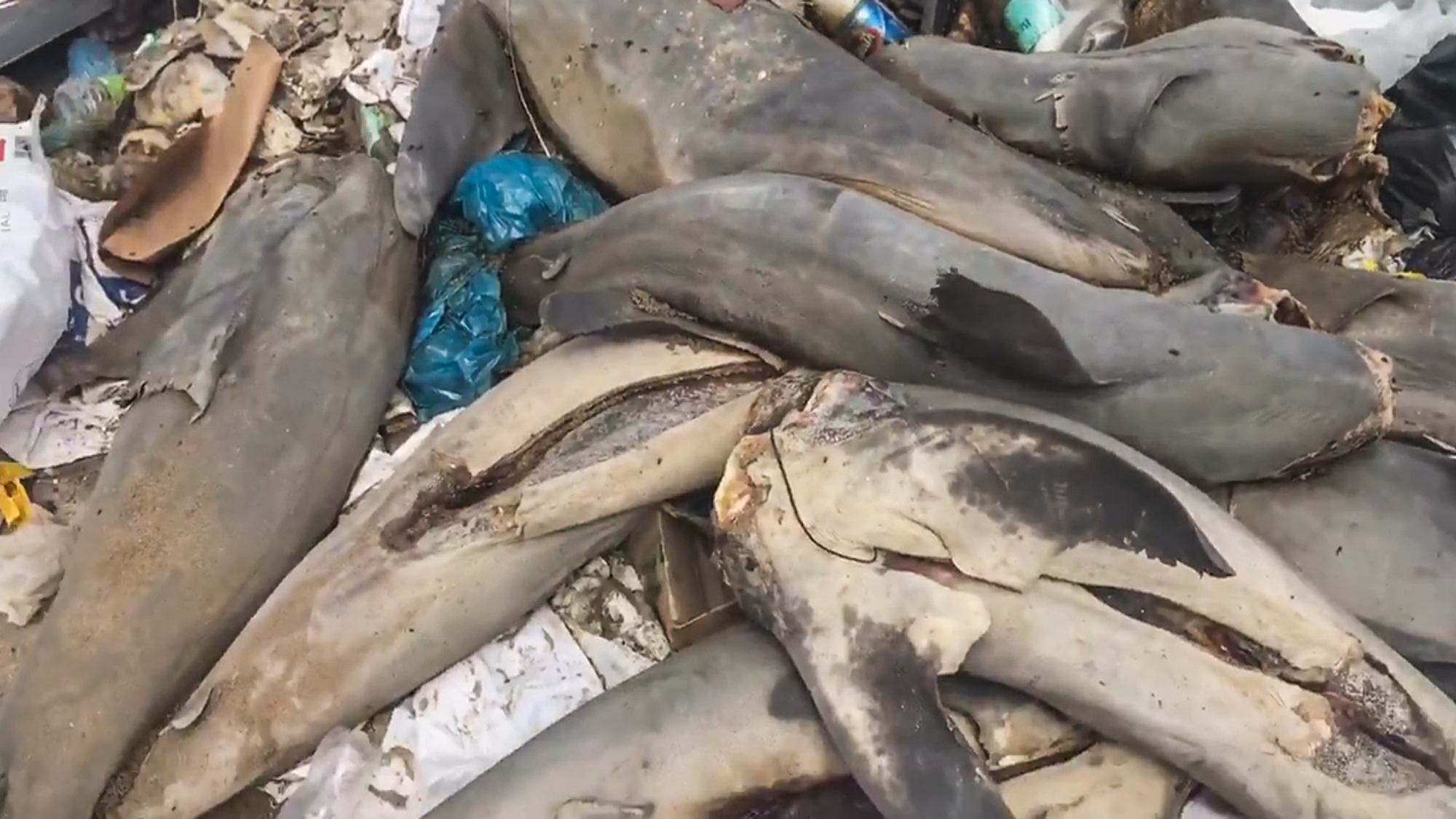 An expert at the scene said he was certain a fisherman dumped the carcasses thereCredit: @rafacastromeza/Newsflash

The mutilated remains, which has sparked outrage belong to shortfin mako sharks.

The shocking find was made public yesterday by the Antofagasta Environmental Regional Ministerial Secretary Rafael Castro.

A video released shows Castro and university professor Carlos Bustamante examining the carcasses scattered among a huge heap of trash.

According to the educator, although there is a market value for the sharks, the fact that they were dumped remains a mystery.

He observed that several of them are not completely matured as they are under 4.9 feet long.

An adult shortin mako shark can grow up to 13 feet long.

He also said others found were of “very considerable size”.

When Bustamante was asked about who he believed dumped the bodies of the sharks, he said it was probably a local fisherman, taking into account where they were found.

He also says he is certain they were fished as their intestines had been removed and they had their heads and tails cut off.

Shark finning, the process of cutting the tail off a shark and disposing of the carcass is illegal in Chile. 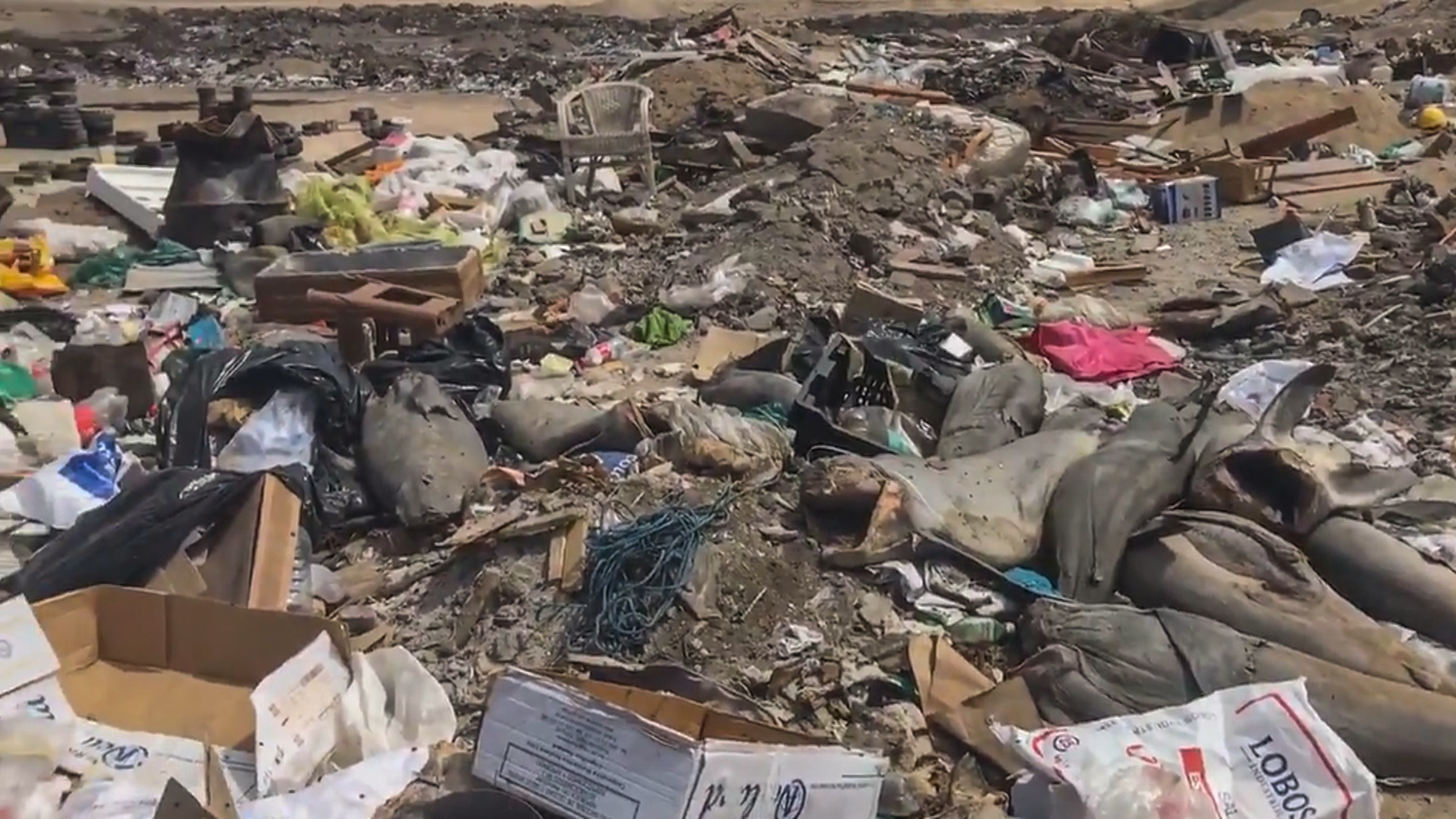 They were found among a huge pile of trash at an illegal dumpsite Credit: @rafacastromeza/Newsflash

The government has taken measures to prevent such practices as it is regarded as animal abuse.

Samples of the sharks were taken to help determine who is responsible for the crime.

Castro said the culprit will be punished as they showed that they “do not care or respect Antofagasta, its biodiversity, or even its people”.

He called the findings “an environmental disaster”.

Shortfin mako sharks are often hunted for sports and their meat.

As a result of their brute power and being one of the fastest swimmers in the world, they are known to be difficult to catch and are considered to be valued big game fish by those who hunt them.

It comes after it was revealed that headless dolphins had been found washed up on a beach in Spain earlier this month.

They are also hunted for their fins, teeth, oil and skin.

The International Union for Conservation of Nature Red List of Threatened Species have listed them as endangered.

There is no recorded shortfin mako shark attacks on humans 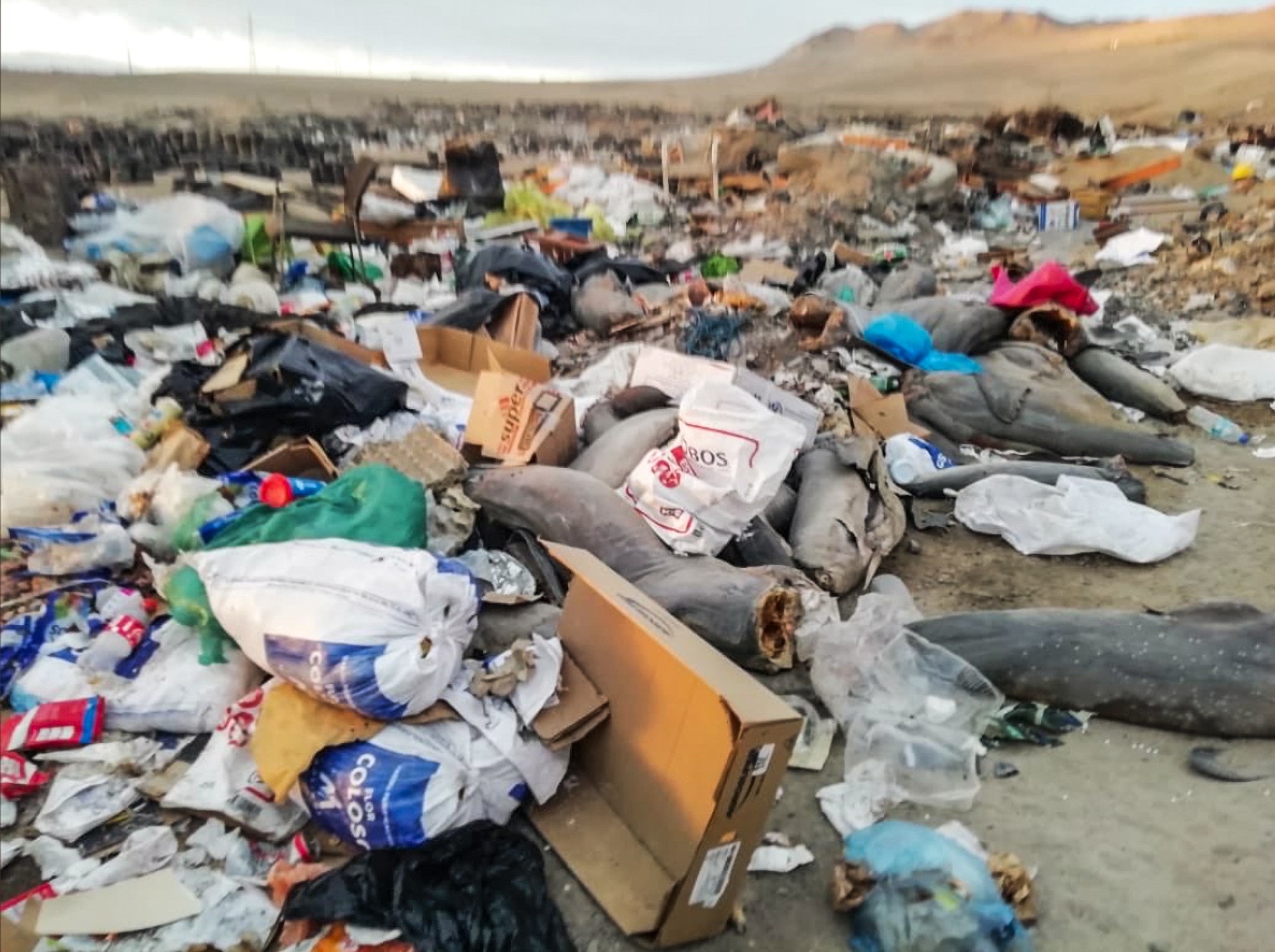 Authorities have said the culprits will be punished as they do not respect the region’s biodiversityCredit: @rafacastromeza/Newsflash 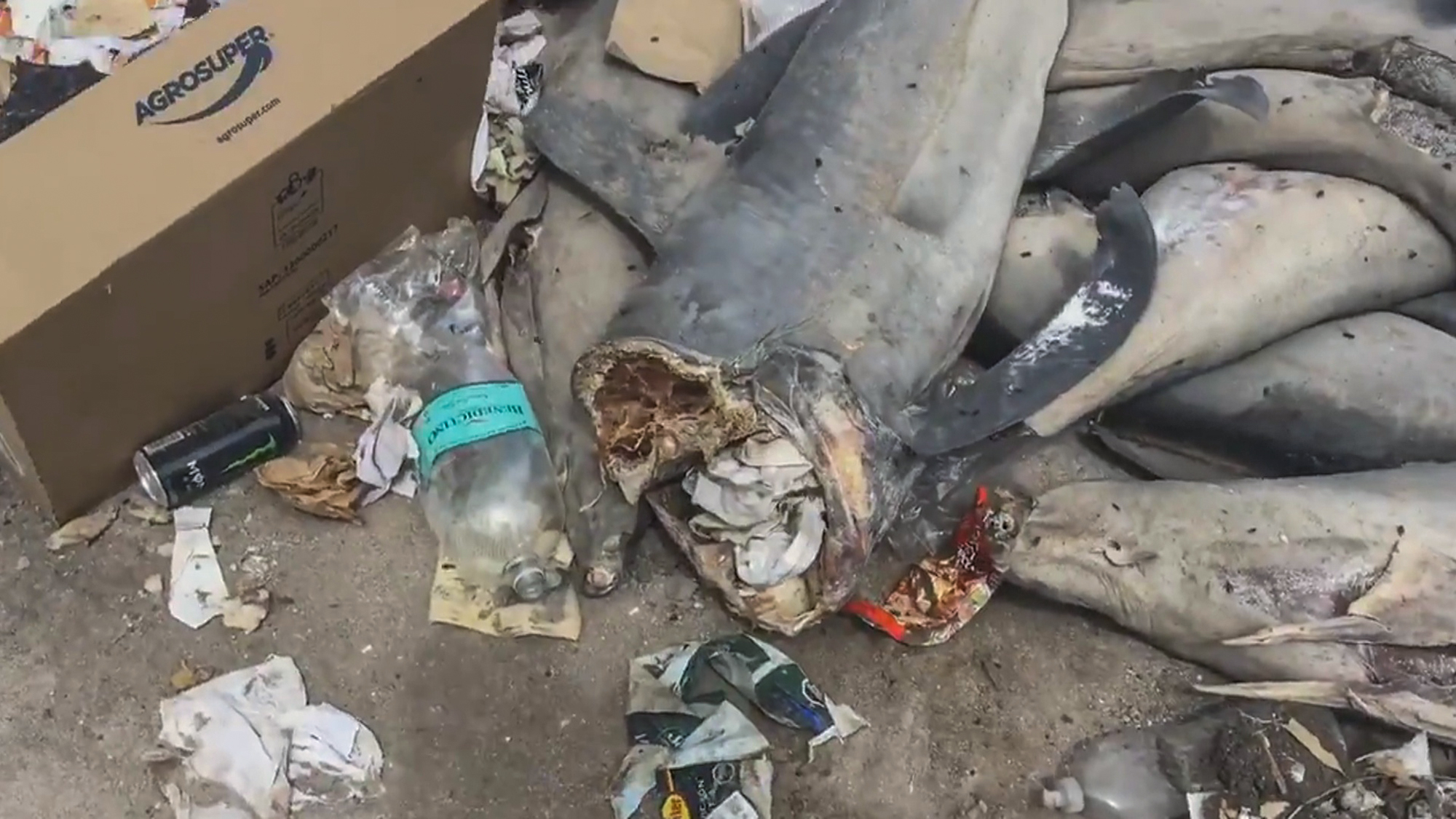 Authorities at the scene called the findings an ‘environmental disaster’Credit: @rafacastromeza/Newsflash 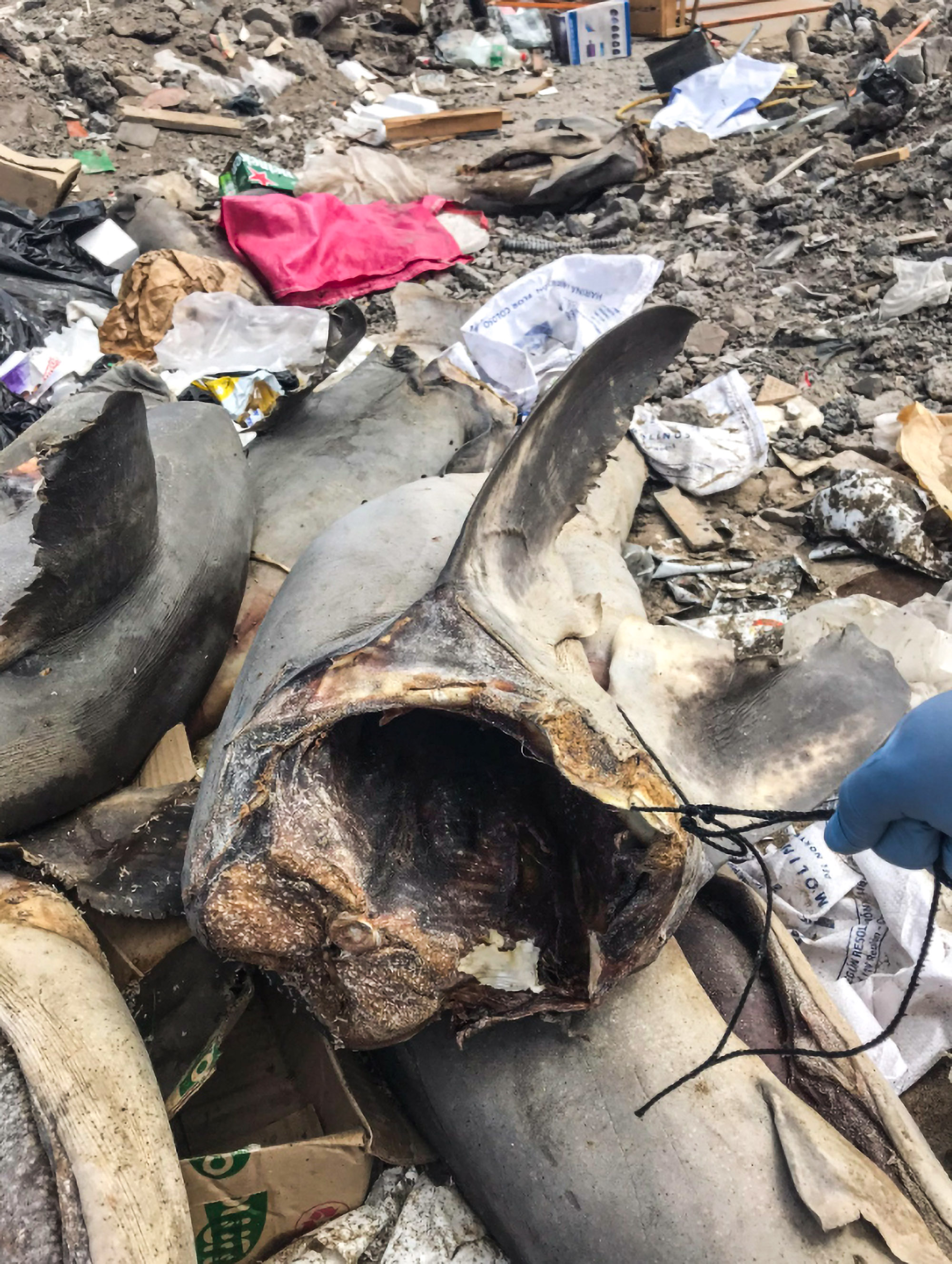 Shortfin mako sharks are said to be an endangered speciesCredit: @rafacastromeza/Newsflash