THE LAST thing you want after sending a bikini selfie is your would-be date fat-shaming you.

That’s exactly what happened to Sarah Josephine, a woman who shared her terrible experience to her TikTok followers.

A woman on TikTok, Sarah Josephine, revealed the text conversation that led to a canceled date.Credit: TikTok 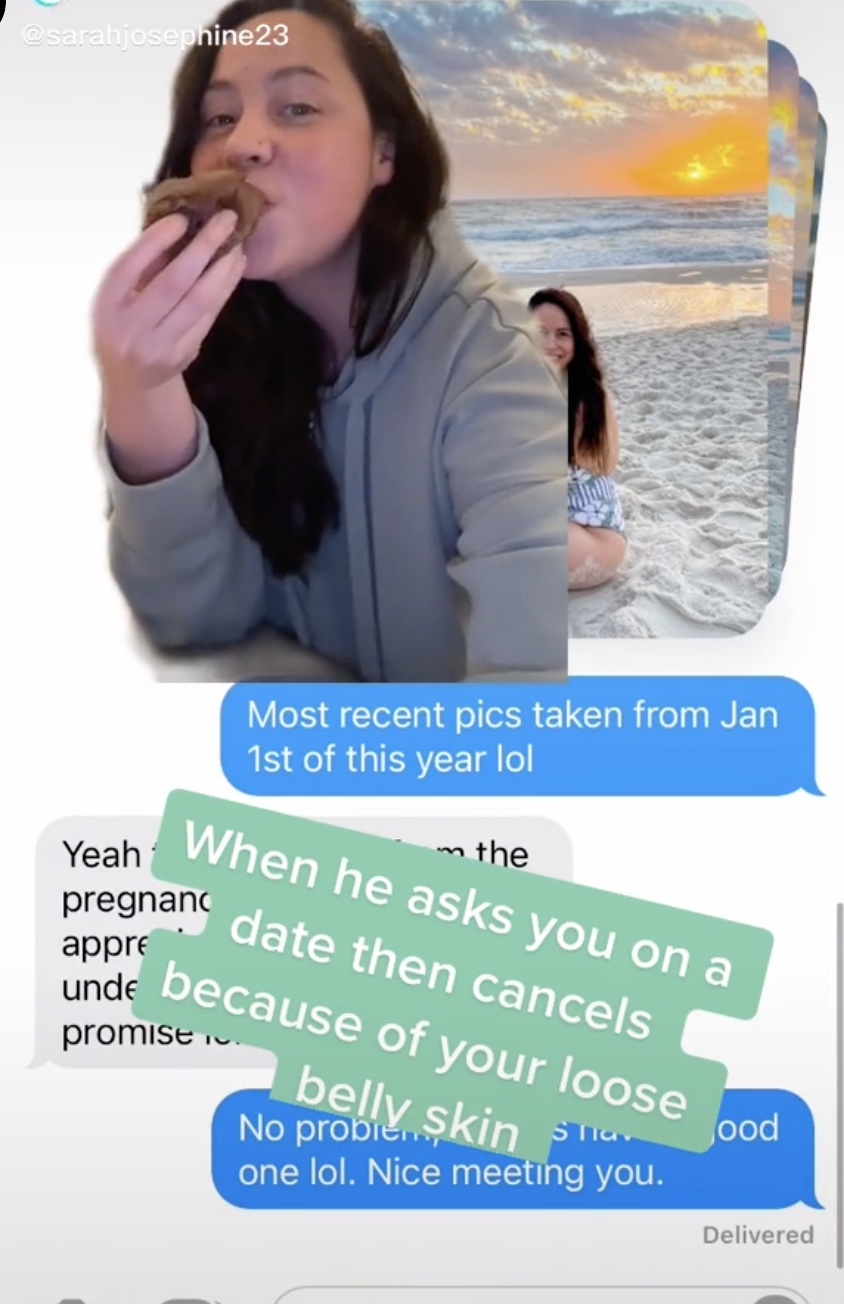 The woman laughs off the fat-shamer by enjoying a muffin.Credit: TikTok

The woman shared a video with the caption “When he asks you on a date then cancels because of your loose belly skin,” overlaid an alleged text conversation with the would-be date.

Sarah Josephine revealed the alleged text convo while enjoying a muffin on screen. She had allegedly sent her date a photo of her relaxing on the beach in a one-piece bathing suit and said the photo was from January.

Then she got the response: “Yeah the loose skin from the pregnancy is the only thing. I appreciate you being so understanding, that’s rare I promise lol.”

But Sarah Josephine had an epic response to the fat-shamer. “No problem, I guess I have a good one lol. Nice meeting you.”

Many users in the comment section were in shock over the date’s reaction.

One user wrote: “what loose skin?!?” while another similarly responded: “WHAT loose skin is he talking about?! You look bomb.”

In a follow-up video, Sarah Josephine shared screenshots from her alleged date’s Tinder profile and wrote “I can have a flat stomach one day if I want, but nothing is ever gonna fix your shallow personality.”

To finish off on the online dating horror story, the woman explained why she had swiped right on the man in the first place.

“My experiences with online dating have just set the bar so low at this point that I just assume everyone is on some level of joking with their profile,” she explained.

She signed off by saying she may screen dating profiles more carefully now and showed off her “loose skin” to her followers.

Sarah Josephine’s dating story could almost be compared to another woman’s who found out her date was engaged only after he had invited her to his bachelor party.

“We danced all night, went to Waffle House after, exchanged numbers, everything was cute,” she recalled.

She then revealed that the guy asked if she was free a few nights later for an unexpected event: his bachelor party.

“I want you to be my plus one,” the woman claimed he said. 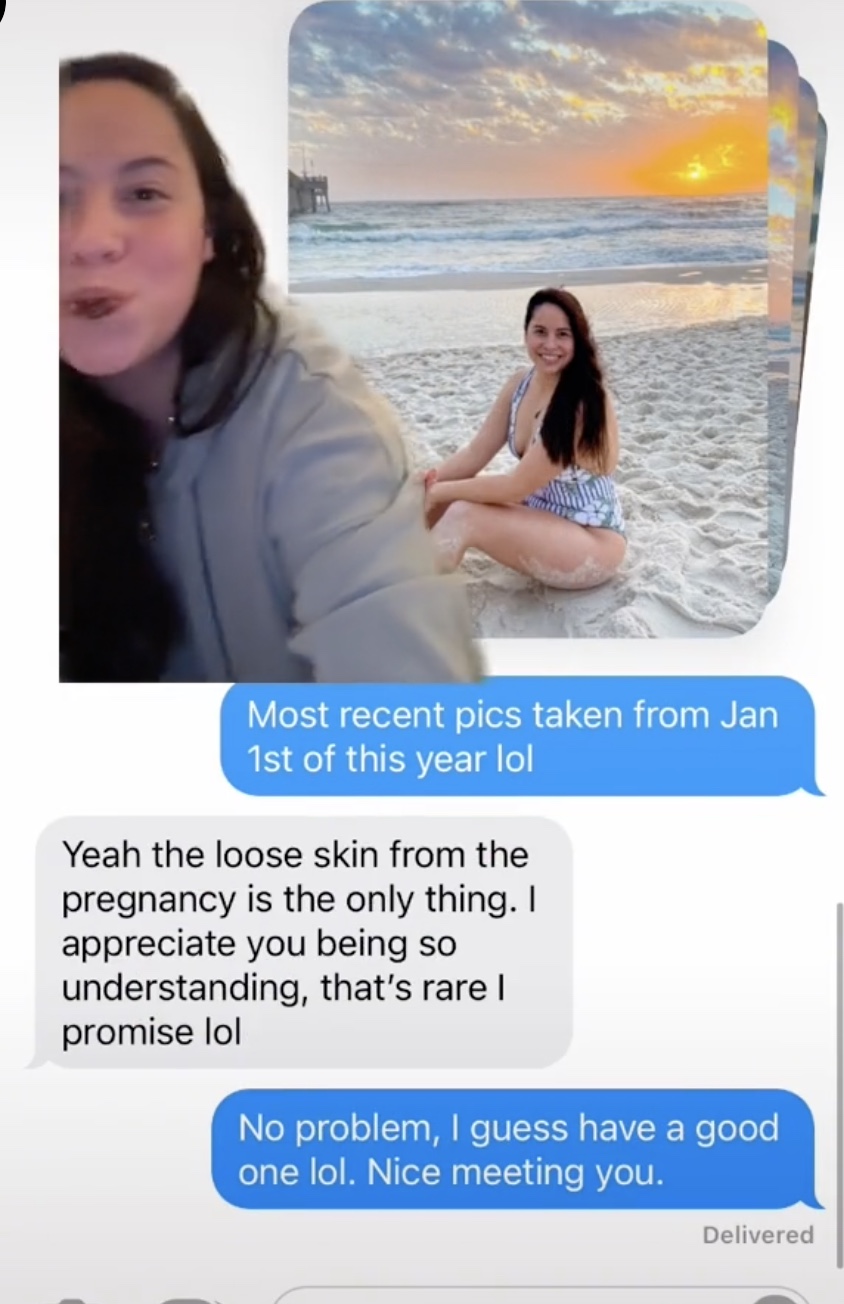 Sarah Josephine played it nice in her response to her canceled datedCredit: TikTok