DEAR DEIDRE: I’M gutted to learn my partner has been doing the dirty on me – but even more sickened to picture him having his sordid way with this older, fatter, uglier other woman.

I found out about his repulsive secret because when he finally called time on it, after more than a year, this woman was furious and sent me intimate shots of him in her bedroom. 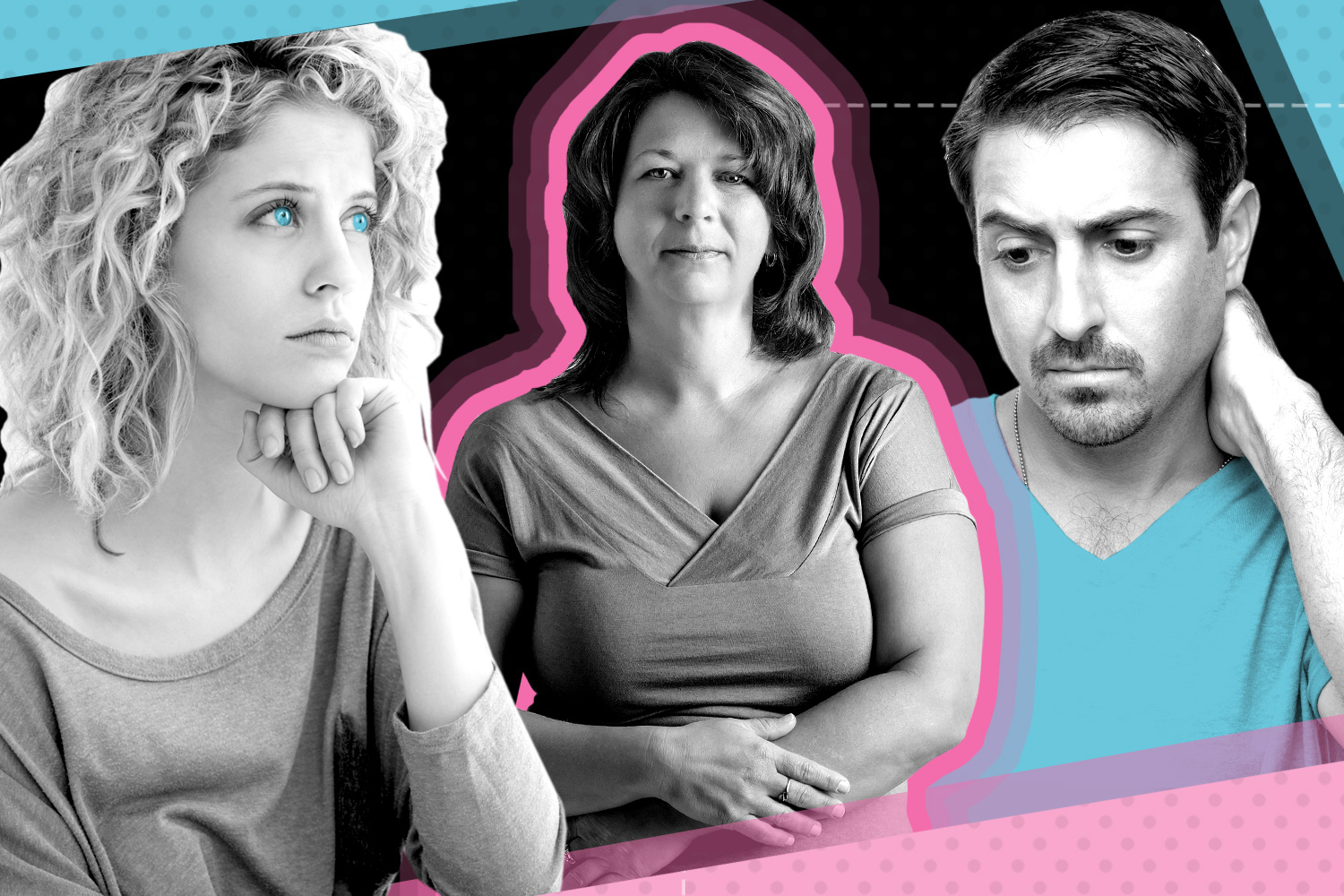 My partner has been doing the dirty on me – with an older, fatter, uglier woman

Plenty of these were clearly taken during sex sessions.

I’ve known about the affair for six months but it still turns my stomach and I want to forgive but am struggling.

When I first confronted him, he admitted they had sex but only the once.

Unfortunately for him, I could see by the multiple dates on the pictures she had sent me that they did it over and over again.

I’m furious he was unfaithful, but why did he have to go with someone so gross?

Do you fear you are at risk of getting it?

I take a lot of care of my appearance and think I’m in good shape. Since I found out about my partner’s dirty double life, I now won’t let him as much as put hands on me.

To be honest. since our young-est was born we haven’t had much action in the bedroom.

I haven’t had the energy or interest and have been feeling low. But he has a high sex drive.

I have suggested we marry, to make a commitment, but he thinks that old-fashioned. He’s even asked if I would consider an open marriage or even swing — which are absolutely not my ideas of a good time.

He’s told me he misses sex, but how can I pretend I want it?

Where do we go from here? I don’t want to lose my family.

DEIDRE SAYS: Don’t get hung up on what this other woman looks like, there are more important issues to focus on. Talk to him to find out what was missing from your relationship, and explain how devastated you feel.

It sounds like you may have post-natal depression, which would definitely affect your sexual desire as well as the whole relationship.

Please talk to your doctor about how you are feeling, and contact pandasfoundation.org.uk (0808 196 1776) who help with postnatal depression. They also have a section called Pandas Dads, which aims to support partners.

Couple counselling will help you forgive and move on – the British Association for Counselling and Psychotherapy can help with qualified counsellors (bacp.co.uk, 01455 88 33 00). You need to rebuild trust before considering marriage.

You have everything to look forward to if you can deal with the issues in your relationship.