FOR any wedding day, there are certain unwritten etiquette rules all guests should follow.

So one anonymous bride-to-be, from the US, was left in shock when her future mother-in-law revealed the cream, bridal-inspired floor-length gown she hoped to wear to the “small destination wedding” in Ohio.

A bride-to-be, from the US, was left in shock when her future mother-in-law revealed the bridal-inspired floor-length gown (pictured) she hoped to wear to the “small destination wedding” in OhioCredit: Reddit 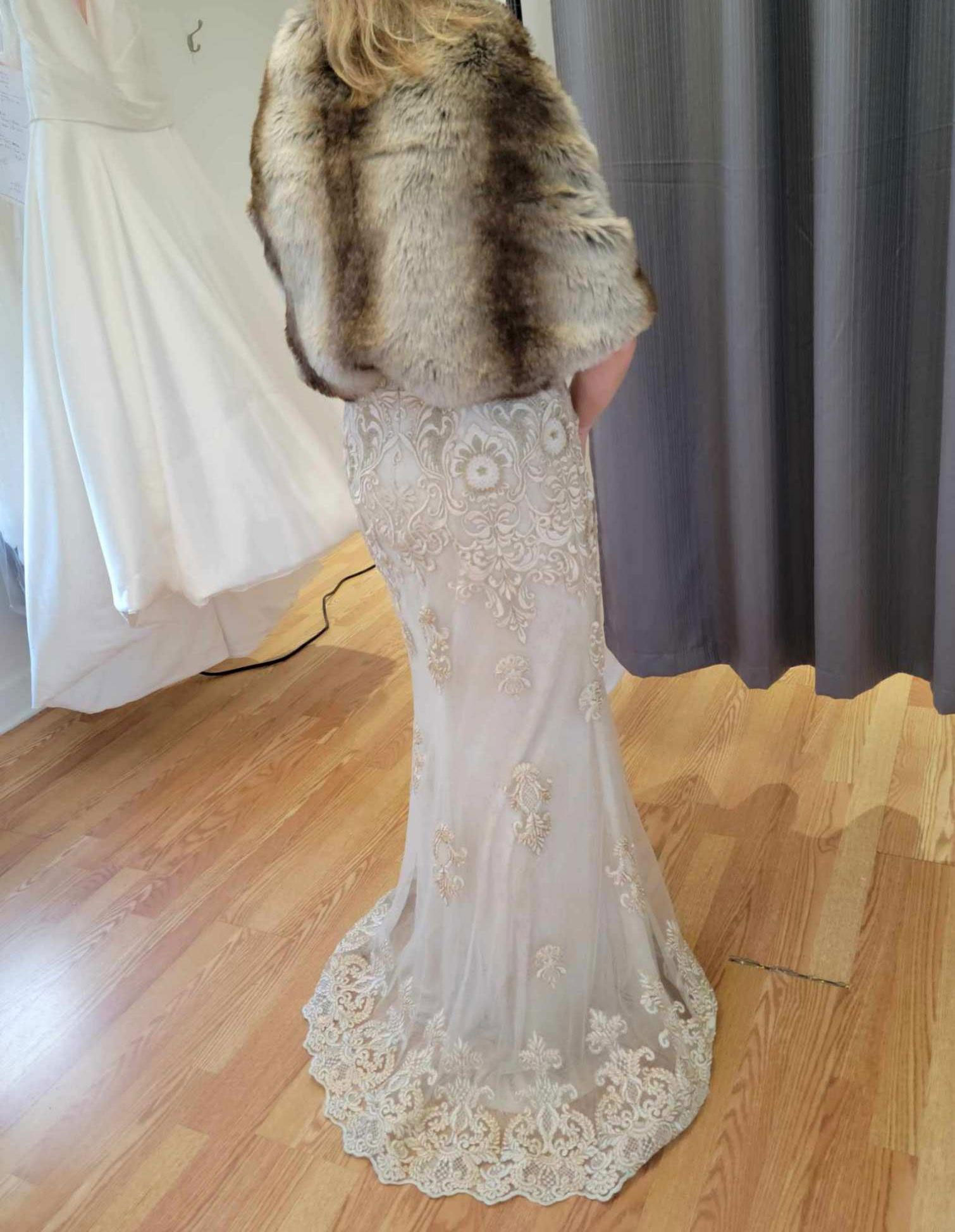 The controversial dress in question features lace detail, nude lining and even a train (pictured)Credit: Reddit

Taking to Reddit, the frustrated woman shared a snap of the controversial dress which features lace detail, nude lining and even a train.

She went on to explain how the intricately detailed ensemble starkly resembles her chosen wedding dress, which is mermaid-style and similarly features nude lining and ivory.

“The fact that it has a small train bothers me too, not just the colour,’ she explained “If it was actually just floor length (or midi length, or tea length) and lined in navy blue or emerald green, I think it’d work for sure.”

And it wasn’t long before social media users took to the comments section, with many agreeing the mother-in-law needs to be “reigned in.”

“That dress is *absolutely* WAY too bridal to wear to a wedding,” wrote one. “It even looks like ANOTHER wedding dress is in the changing room in the second photo in the back? Especially if your dress is nude lined.”

In response, the bride-to-be commented: “Omg I think you are totally right about there being another wedding gown hanging in the changing room.

I showed her pictures of my dress too! She knows it’s nude lined!”

The perplexed woman also explained how her future mother-in-law did ‘relent and accept’ that she and her fiancé didn’t think it was “appropriate.”

She went on to say how they told her it was more “cocktail attire” but noted she seemed “unsure” about what that meant – before going on to ask about more specific colours and if the hemlines “needed to be short.”

The bride-to-be added she doesn’t think her mother-in-law has any “malice,” but still believes it “feels slightly off!”

She continued: “Especially after learning that she originally got the dress for her daughter’s black tie wedding back in September, and was told that she couldn’t wear it then either because it was too bridal.”

The fact that it has a small train bothers me too, not just the colour

And others agreed the glamorous gown is not suitable for someone else’s wedding day.

“That’s an easy absolutely not,” wrote one. “Maybe another colour but that colour heck no!

I would pick a few colours or even styles if you need to reign her in.”

A second commented: “Oh my God” is what came out of my mouth when I saw it and I’m usually on the side of “let people wear what they want,’ while a third penned: “I agree it is too bridal. I think it doesn’t help that what is ‘bridal’ has changed.”

Elsewhere, another didn’t see a problem with the colour of style, but took issue with the train.

“I think it’s beautiful and not too bridal, except the train. No one wears a train except the bride…Maybe the bridesmaids at a stretch.” 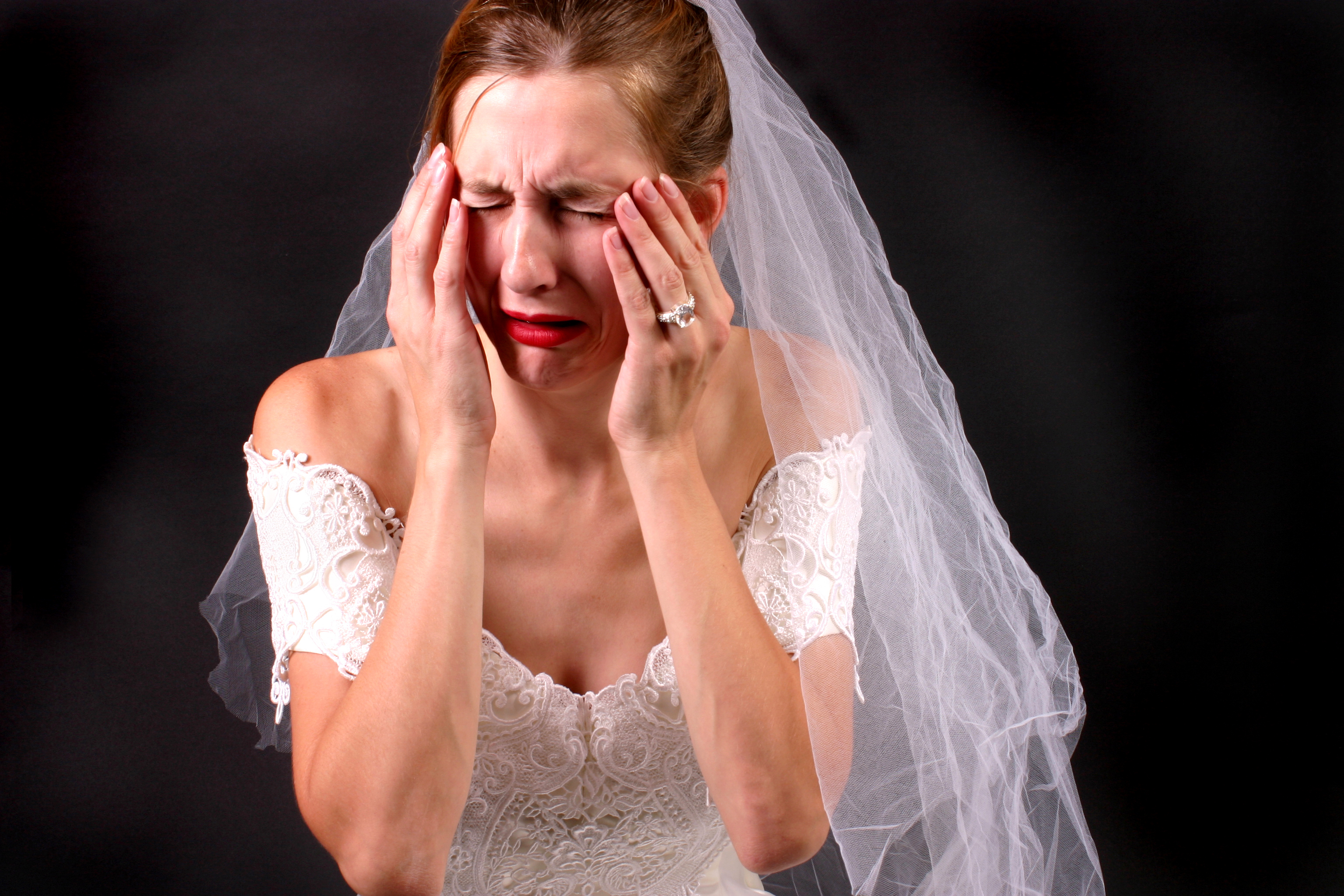 The bride-to-be was left confused that her mother-in-law didn’t understand the dress codeCredit: Getty – Contributor

And there are plenty of other brides who have been left angered ahead of their big day – including one who kicked her best friend out of her wedding for getting pregnant.

Another was left furious after her sister booked her wedding one week before hers.

A third uninvited her mother to her wedding after she claimed her stepson shouldn’t be at the ceremony. 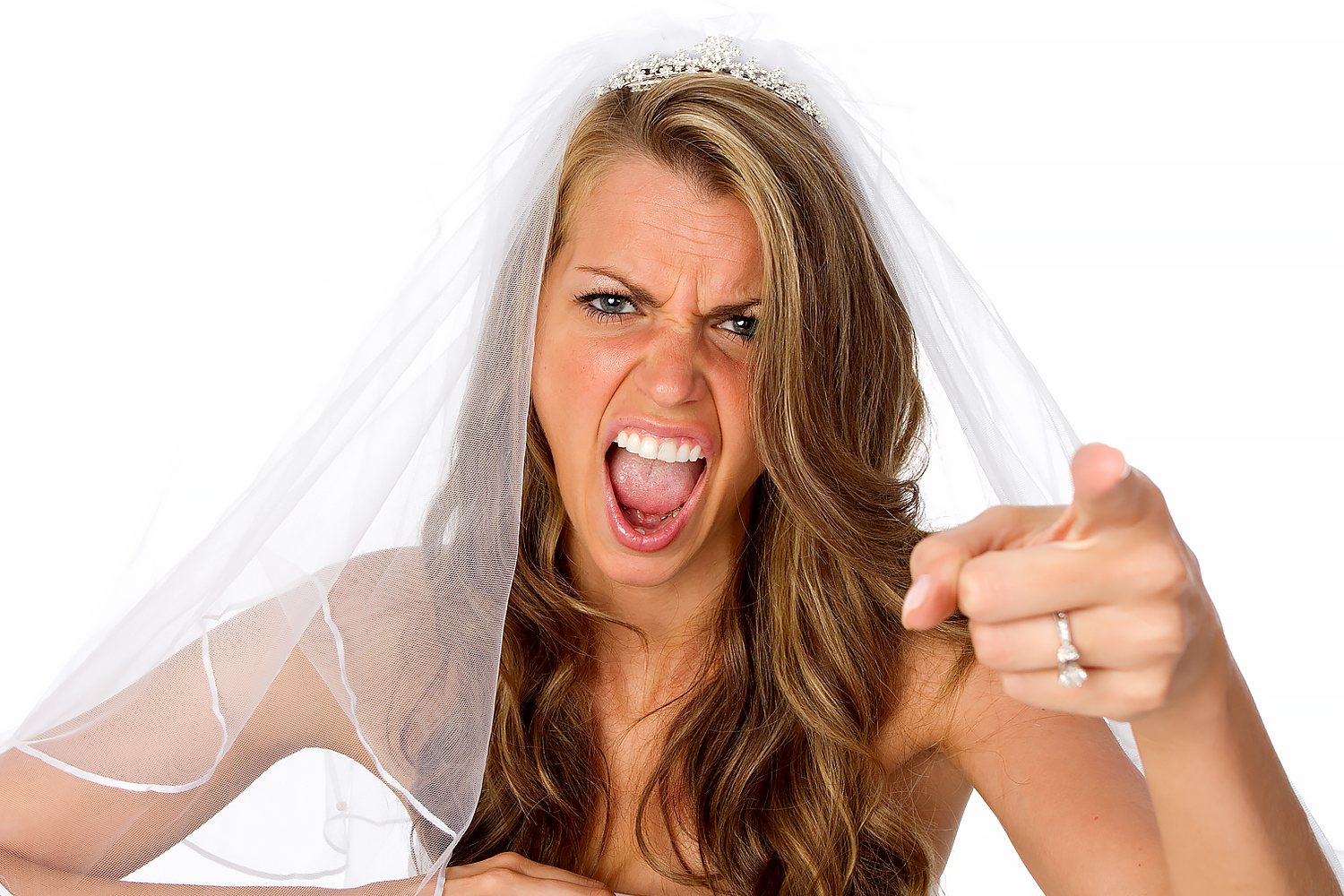