A MUM was left furious after she realised her ex’s new girlfriend had got her daughter Olivia’s name tattooed on her – and she hasn’t even met the baby.

Taking to Facebook, the woman shared screenshots of the offending inking, which displayed her little girl’s name and birth date.

A mum was left horrified when she discovered her ex’s new girlfriend had her daughter’s name tattooed on her – having never met herCredit: Reddit

However, unfortunately her ex’s new girlfriend had got the wrong birthday permanently inked on her leg.

Captioning the snaps, the mum wrote: “Imagine checking to see if your bum baby daddy has gotten a job yet.

“She’s never met my kid. Me and her dad don’t even have her name tatted on us… It being the wrong birthday tho, cringe (sic).”

The mum also shared a screenshot of the comments left on the new girlfriend’s tattoos, where she claimed Olivia was her “step daughter.” 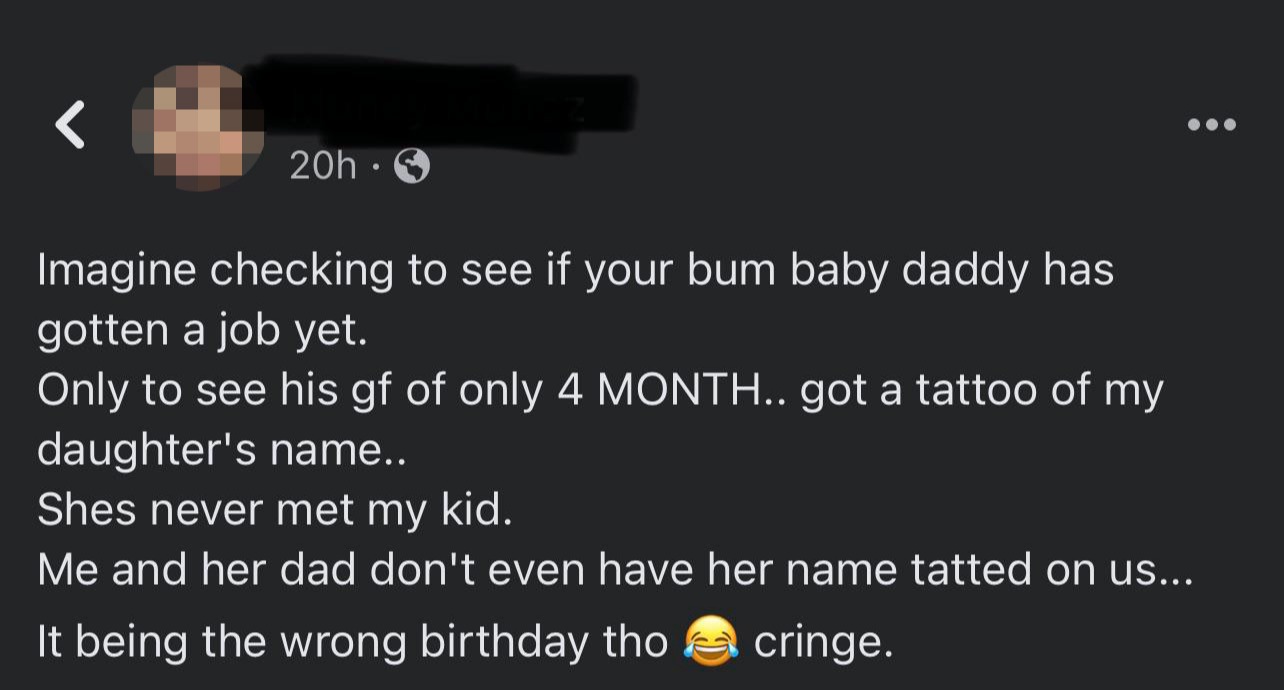 The mum shared screen shots of the woman’s tattoos on FacebookCredit: Reddit

Responding to the comment the furious mother wrote: “First of all I don’t even have my Olivia’s name tattooed on me but Facebook is a great way to find out my bum baby daddy’s gf walking around with MY CHILD’S NAME on her body…

“Nice to meet.. I would have said hi sooner but (redacted) claimed he was only in Missouri to work..

“And he was trying to come back as soon as he could… He never mentioned you at all. 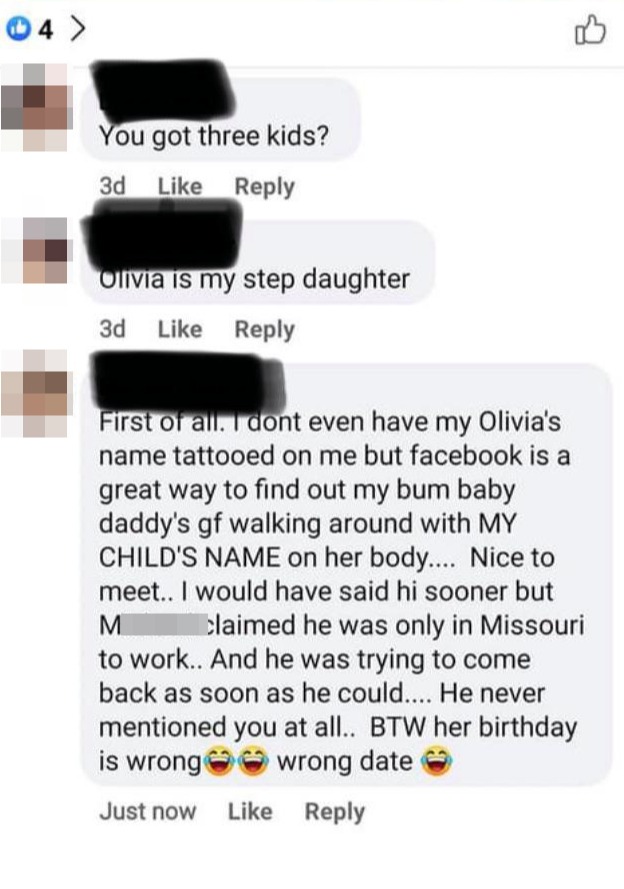 She also posted screenshots of the comments she posted underneath the girlfriend’s postCredit: Reddit

The post was later shared on the subreddit r/Trashy.

The group has over 2.4 million members and is described as a place for “trashy stories, trashy glamour, all things fake, plastic and downright trashy.”