WE’VE all experienced the gut-wrenching moment when you realise you’ve accidentally sent a text to the wrong person.

But this blunder cost one bloke the chance at love when he sent a rather rude message to his date which was intended for his mate.

TikTok user Molly Hair was about to leave to meet up with a bloke she’d been chatting to when a text message stopped her in her tracks.

“Waiting on this c***. I took a pinch for confidence,” it read but it was meant for someone else.

A second message came immediately after from the guy who said he was “joking.”

Molly asked if he was referring to her when he dropped the c-bomb and he insisted he “doesn’t really think that” about her and was just “joking”.

But she replied: “Yeah, to be honest I’m not really comfortable meeting anymore. I just don’t really feel like it’s okay to call women that even as a joke, and I kind of see it as a red flag. Sorry!”

The man continued to apologise for what he claimed to be an innocent blunder, but Molly wasn’t hearing it.

He said he understood how “disrespectful” his words were admitting he “feels terrible.”

He wrote: “I’m really sorry Molly, in no way shape or form did I think of you that way, I talk too much and I’m not as funny as I think.

“I realise how disrespectful it is using that sort of word even with my boy. I just feel terrible Molly because you seem like a sweet person and deep down, I was really excited to meet you.”

In a second clip, she revealed that he continued to reach out to her to ask for her forgiveness.

But the woman refused to give him a second chance, insisting he has “some growing to do”.

She said she eventually started ignoring him and dubbed his persistence as a red flag too.

Molly’s first video racked up 3.8 million views with the second detailed the entire chain of texts.

Loads of people have praised her for standing her ground and refusing to meet with her date, agreeing it was wrong.

Many even said she “dodged a bullet”

One person wrote: “Men say the most vile things about women in front of their male friends. I’m glad you responded this way. Hopefully he learned something!”

While a second said: “You responded perfectly. Probably more gracious than he deserved, but don’t need to beat yourself about being ‘too nice’.”

And another posted: “Love the way you handled it. Polite but very firm. You stated concisely how you felt without dramatising it and stood firm. I think I’m going to do that too from now on.”

Meanwhile, this woman refused a second date with a guy and his response shocked her so much she has sworn off dating for good.

For more relationship horror stories, this woman proudly showed off the engagement ring that was ‘bigger than she wanted’ & everyone is saying the same thing.

And this ‘bride’ was praised for her stunning lace wedding dress… until people realised she isn’t the one getting married. 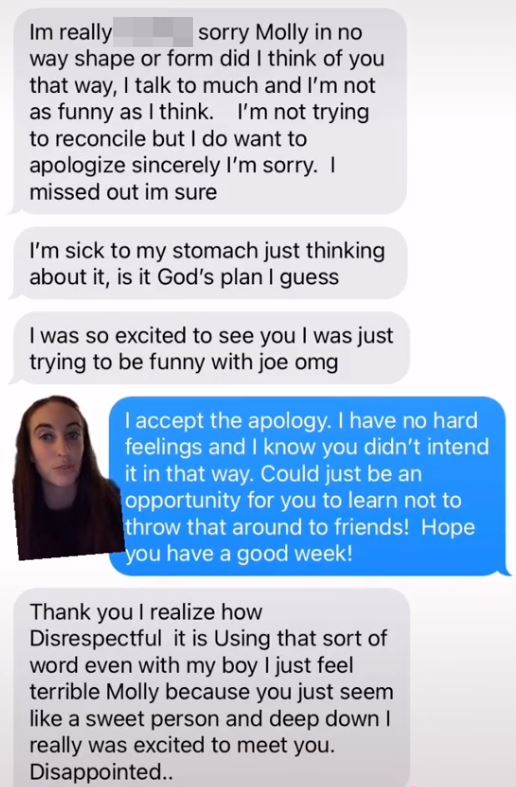 She detailed the chain of texts in a series of clips on TikTokCredit: Tiktok/@mollyhair 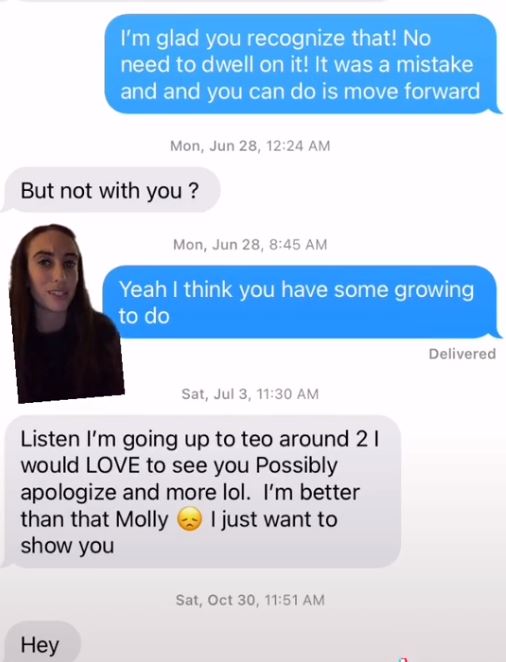 He kept trying to apologise and meet up with herCredit: Tiktok/@mollyhair 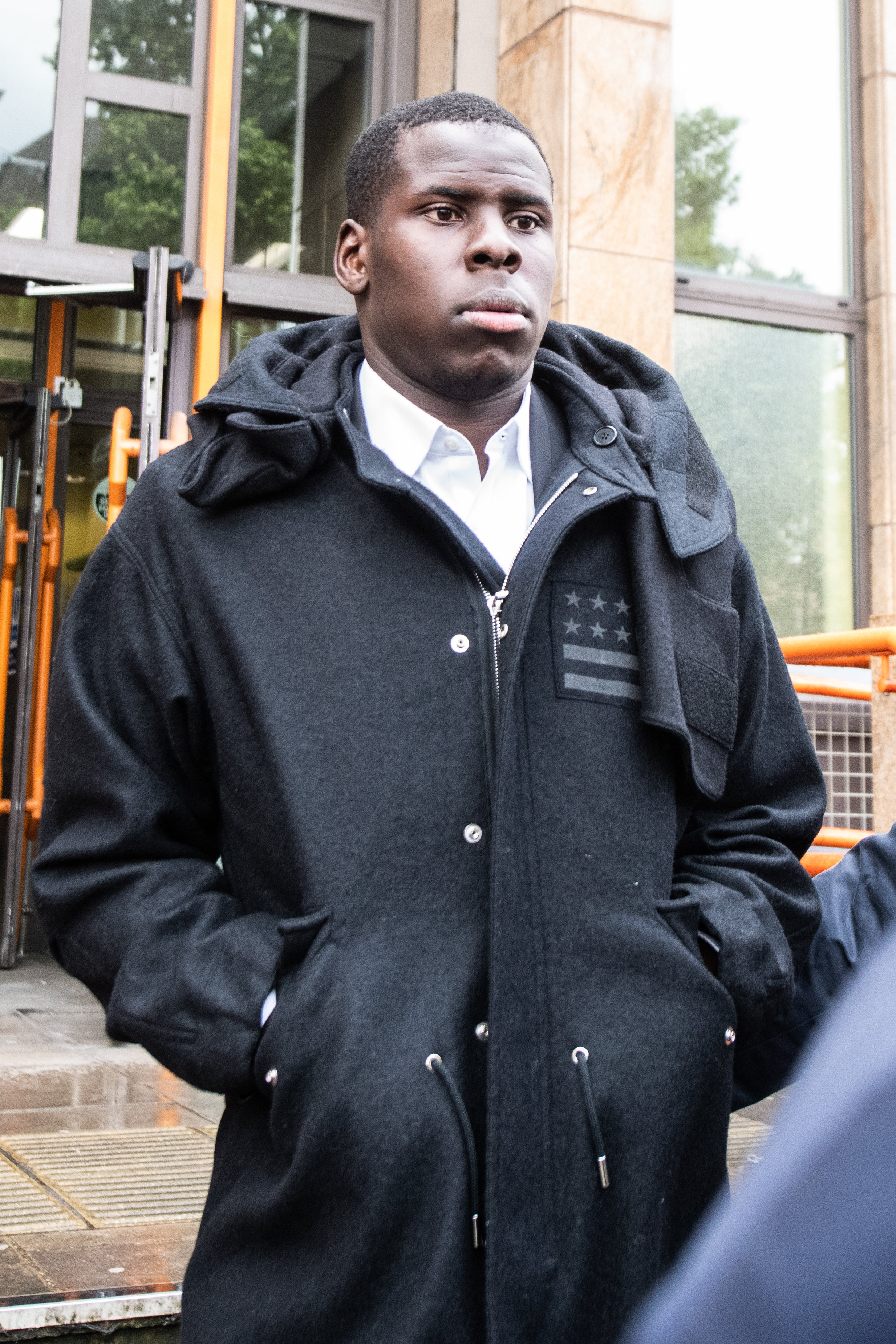