A FURIOUS driver claims his car was stolen from an NCP car park after staff allegedly let the thief out without checking for ID.

Jamie Hoole parked his Ford Fiesta St at a multi-story car park in Deane Road, Bolton last Thursday – believing that his vehicle would be safe.

Jamie Hoole believes his car was stolen from a NCP car park in BoltonCredit: MEN Media 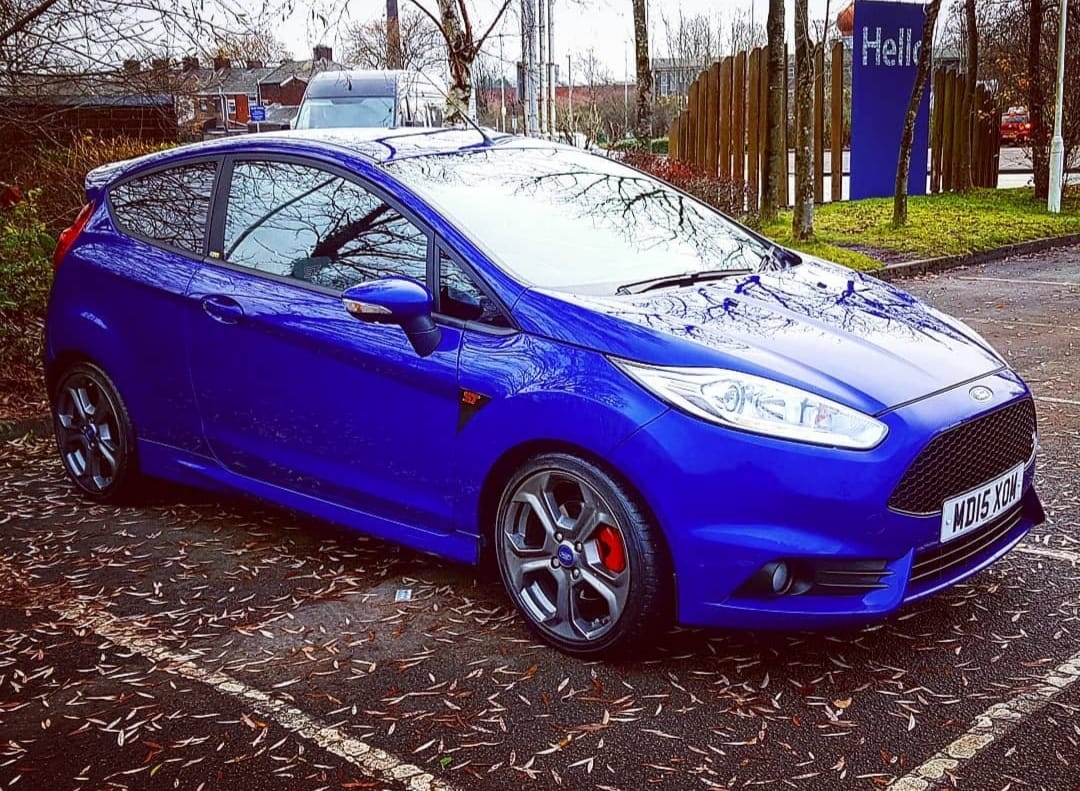 His blue Ford Fiesta ST was missing when he returned to the multi-story building complexCredit: MEN Media

But after returning to the complex just over two hours later to collect his vehicle and pay for the session, he was shocked to find that his pride and joy had disappeared.

Jamie reported the case to Greater Manchester Police and NCP in the days to follow, but says he was left in the dark about the case.

He told the Manchester Evening News: “I returned to the car park and I couldn’t find my car anywhere.

“But an NCP attendant came round and they could not find it either. At that point I realised it had gone.”

Jamie was initially told by a NCP worker that the person who stole his car must have pressed the intercom for help before leaving the building as drivers must pay before exiting.

It left Jamie believing that the staff had  ‘just let them out’ without checking any form of identification.

He said: “I couldn’t believe it. The prices that NCP charge are steep.

“The reason I go there is because it’s more secure than one that’s outside, but then I get told they have probably just let them out with my car without checking anything or asking for ID.”

Jamie, who works as an engineering manager in Darwen, Lancashire, said he wasn’t contacted by the police over the incident until the following day.

It came as an online sleuth on Facebook claimed he had spotted the man’s Ford in a nearby street – only for it to “shoot off” when he arrived on the scene.

Jamie said he was eventually informed that an officer had not been assigned onto the case until Monday – more than two days after the alleged theft had taken place.

And now the 33-year-old, whose girlfriend is pregnant with their first child, says the incident is beginning to take a toll on his family after they were left without a car.

He added: “It’s left us in a difficult position. The baby’s due next month, we’re looking to buy a house, we’ve got no car and we’re also having to wait for a pay-out now from insurers.”

Since the crime was lodged with police, NCP say they have reviewed the CCTV footage in conjunction with the local authorities.

The company confirmed that the person who stole Jamie’s car had not used the intercom to leave the building, but instead “tailgated” another driver closely behind through the barrier.

A spokesperson for NCP said: “We can confirm that we have today received an official police request for CCTV and so have arranged a visit for the police to view this footage.

“We have already reviewed the footage in preparation of an official request, and we can see that the vehicle left the car park by tailgating a white vehicle in front of it.

“The driver of this vehicle did not press any button or have any communication with our intercoms. It is always concerning when an incident like this happens and we will do all we can to help the police in their investigation.”

Anyone with information about the incident have been advised to contact Greater Manchester Police by calling 101, or report it online at the force’s website, using reference number 1873 of March 31, 2022.