A MUM-TO-BE has revealed that she and her best friend are expecting their babies just a month apart – and they have the same dad.

Taking to social media the woman shared a snap of herself with her bestie as she shared the news with her friends and family. 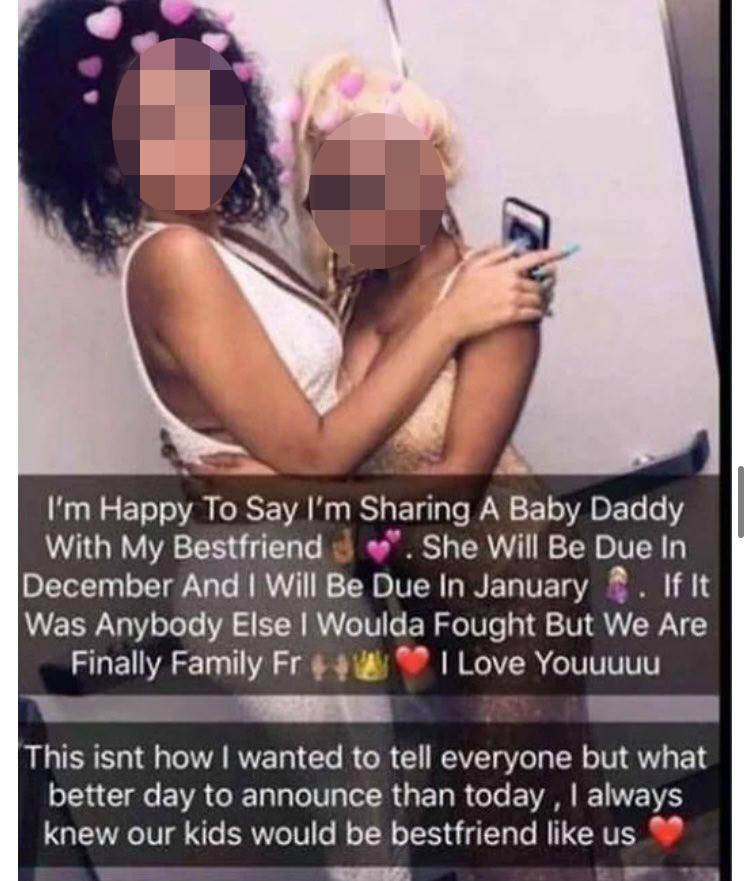 A mum-to-be has revealed how she is expecting her first baby within a month of her best friend – and they have the same fatherCredit: Reddit

Captioning her photo, she wrote: “I’m happy to say that I’m sharing a baby daddy with my best friend.

“This isn’t how I wanted to tell everyone but what better day to announce than today, I always knew out kids would be bestfriend like us (sic).”

Her post has since been shared on Reddit where it has left users baffled, sharing their bemusement in the comments.

One wrote: “I am sure he will be a wonderful father figure for the both of them.”

“Good luck with that complicated ass relationship,” added another, while a third wrote, “Thats loyalty.”

However, there were a few Redditors who were rather touched by the arrangement.

One commented, “It’s a bit weird maybe but if they are happy with the arrangement, good for them.”

“Is it trashy or are they making lemonade out of lemons?” said another.

In other relationship news, couple with 23-year age gap got engaged in a MONTH, have matching tattoos & he’s 3 years younger than her parents.