HALLOWEEN is just around the corner and one mum has already started preparing for the celebration.

In a clip shared to the TikTok account @sowetbutsoboredlool, the unnamed mum shows off the cute Halloween pyjamas she bought for her son.

The TikToker shows off the cute pyjamas she purchased for her sonCredit: Tiktok/@sowetbutsoboredloo 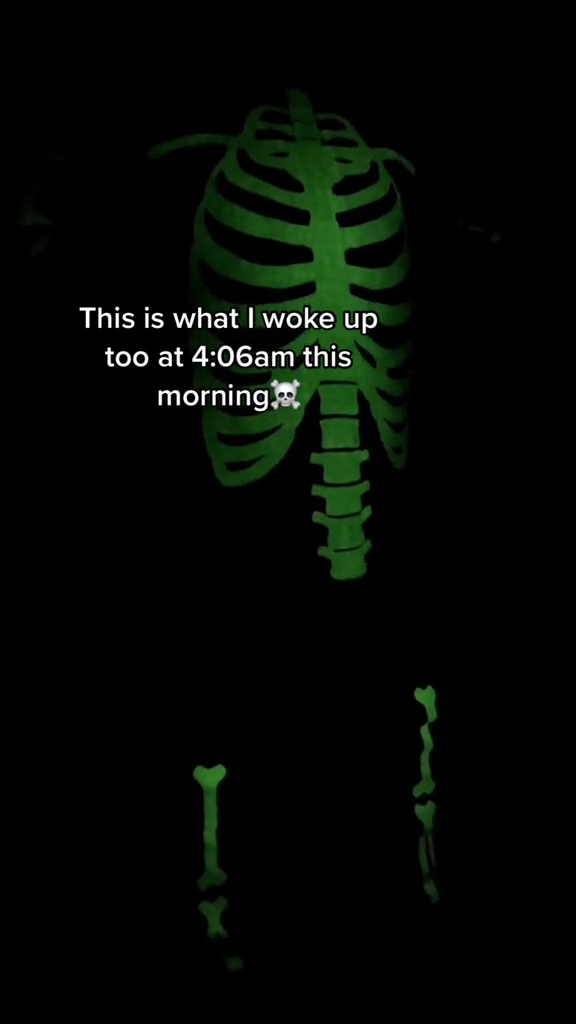 She had a rather terrifying awakening at 4am, thanks to the very same pyjamasCredit: Tiktok/@sowetbutsoboredloo

However, she was in for a rather strange surprise when she woke to find that the pyjamas actually glowed in the dark.

Showing her son in the stylish skeleton pyjamas, the mum writes: “I brought Harlow what I thought was cute little pajamas.”

She then reveals what she woke up to,  showing the pyjamas glowing in the dark.

The mum writes: “This is what I woke up to at 4:06am this morning [skull and crossbones emoji].” 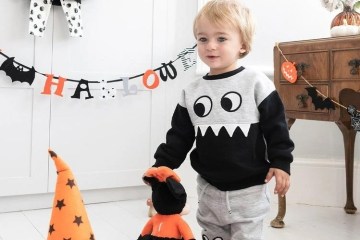 In the video’s caption she adds that she “nearly cried” at the sight.

The video has left TikTok users in stitches, with one adding that the pyjamas are still quite cute though.

To this, the mum replied: “Haha very cute until you wake up too a skeleton with no head!”

Others shared their own stories about these pyjamas, with one parent writing: “Got my wee girl them, she wouldn’t sleep, kept laughing and poking the glow in the dark bits.”

“My friends twins have them and they keep running to bathroom to ‘get something’ realized they were charging them so they’d glow again haha,” shared a second commenter.

In the comments the TikToker reveals that she bought the pyjamas in Poundland, replying to this a tonne of other parents said they would be popping to their local branch to pick some up.

And it’s not just Poundland that has some cute Halloween outfits for children, with one mum, Jo, sharing her kid’s clothing haul from ASDA.

Jo’s haul included an orange jumper with the word ‘Pumpkin on it’ and some cute leggings covered in pumpkins for a total of £8.

She smiled: “It’s Halloween soon, isn’t it? I could not resist this little two piece.

“I thought you could always wear the top not on Halloween [too]. It just says ‘Pumpkin’ on it so it can be worn whenever.”