THE rule book is being ripped up when it comes to finding love.

An exclusive poll for The Sun reveals that more than a third of singles see little or no problem dating multiple people at once, and one in five has had an open relationship — where one or both partners have sex with other people too.

We bring you the results of our exclusive sexy survey as readers share their modern dating storiesCredit: Shutterstock

Of those who are multi-dating, a third are seeing up to SIX different people. It is not only monogamy that lovers are turning their backs on. Nearly half of us would now have sex on a first date.

While dating apps and meeting people through friends remain the most popular ways to finding love, worryingly more than a third of singletons would meet their date for the first time at their house instead of in a safer public place.

When it comes to making the first move, half of daters think men should ask girls out. Yet nearly a THIRD of men don’t think they should foot the bill on a first date — and more than half of women agree. However, 15 per cent of men say they would be “offended” if the woman offered to pay, while one in ten women says they get offended if men offer.

It appears we have fallen out of love with chivalry too, with traditional manners such as men buying women flowers and opening doors being frowned upon. Nearly half of women do not think men have to pop the question — and almost a third of females don’t want to get married at all.

More than 37 per cent of the daters surveyed declared they don’t want children. Talking about sex is no longer taboo on a first date, with nearly 46 per cent saying they would discuss it.

More than a quarter of those polled by 3Gem for The Sun admitted they even reveal their kinky side on a first date — with sex outdoors, role-play, bondage and threesomes being the biggest turn-ons.

And the confessions don’t stop there. More than a quarter of respondents send X-rated messages outside a committed relationship and more than 17 per cent send nude shots.

A further 17 per cent said they would have virtual sex with a stranger, and despite Covid infections rising, nearly 60 per cent of singles would date someone who was not double vaccinated.

And sadly for romantics, more than 45 per cent admitted they don’t celebrate Valentine’s Day any more.

Here, we bring you the results of our exclusive sexy survey as readers share their modern dating stories . . . 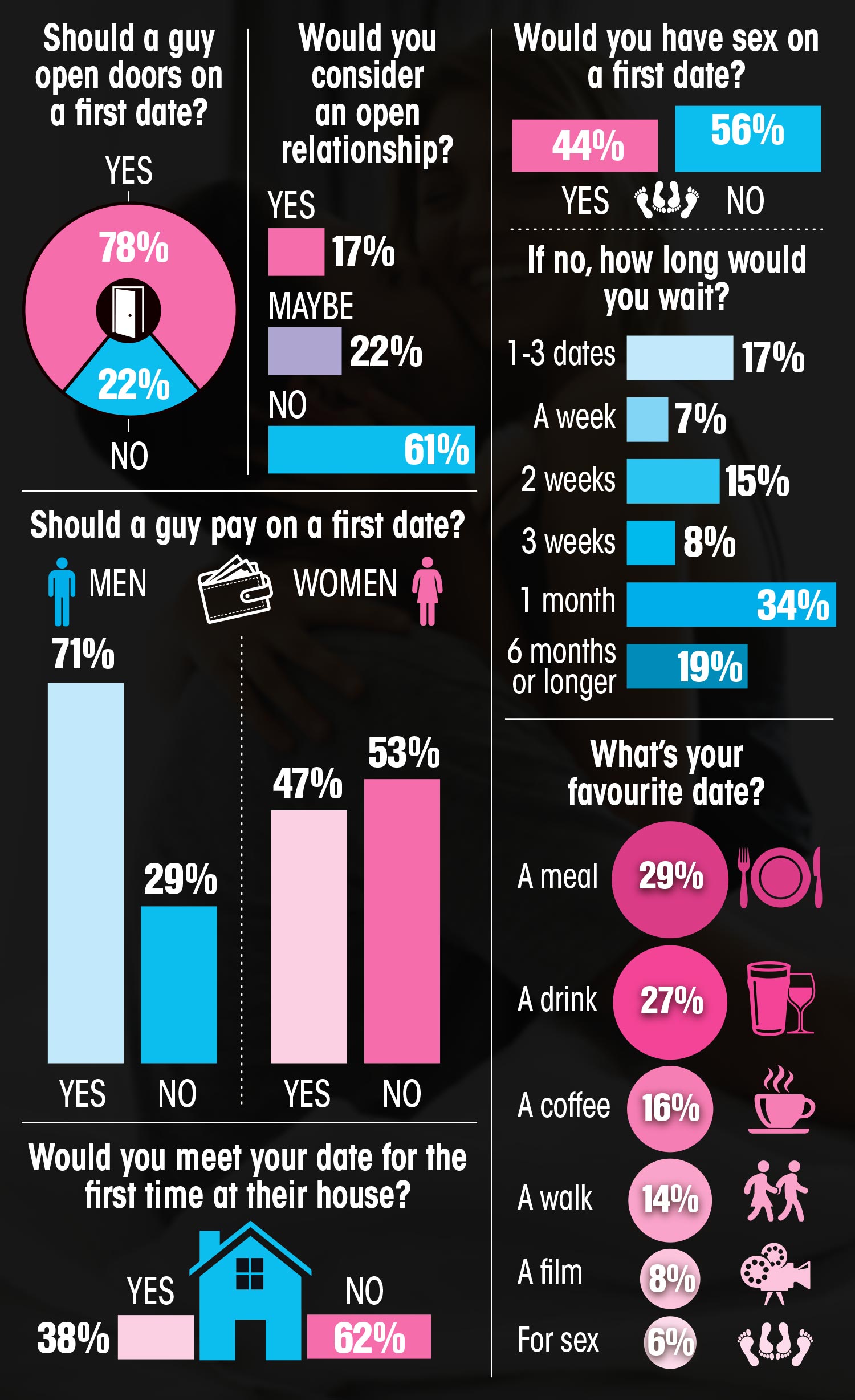 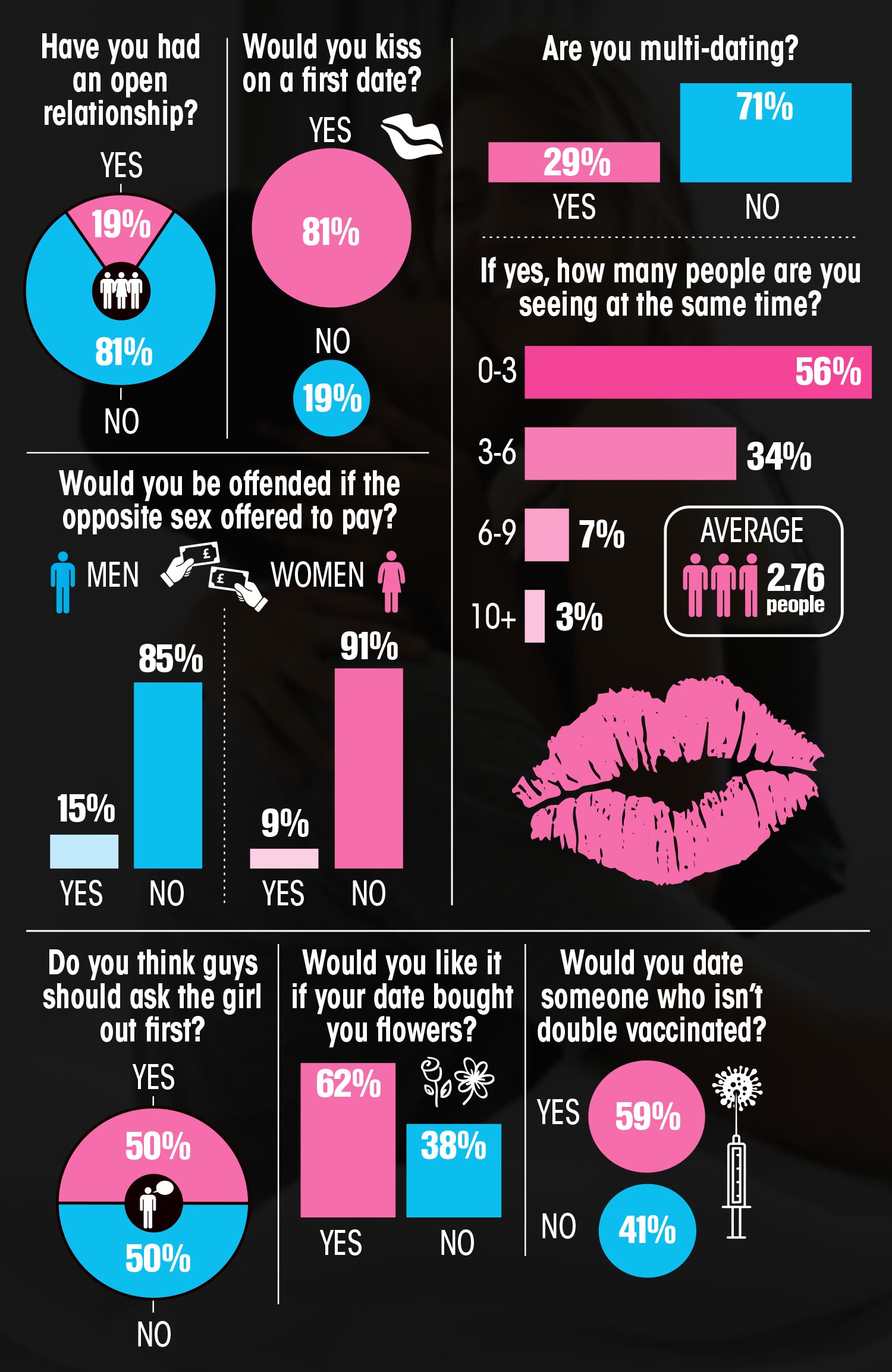 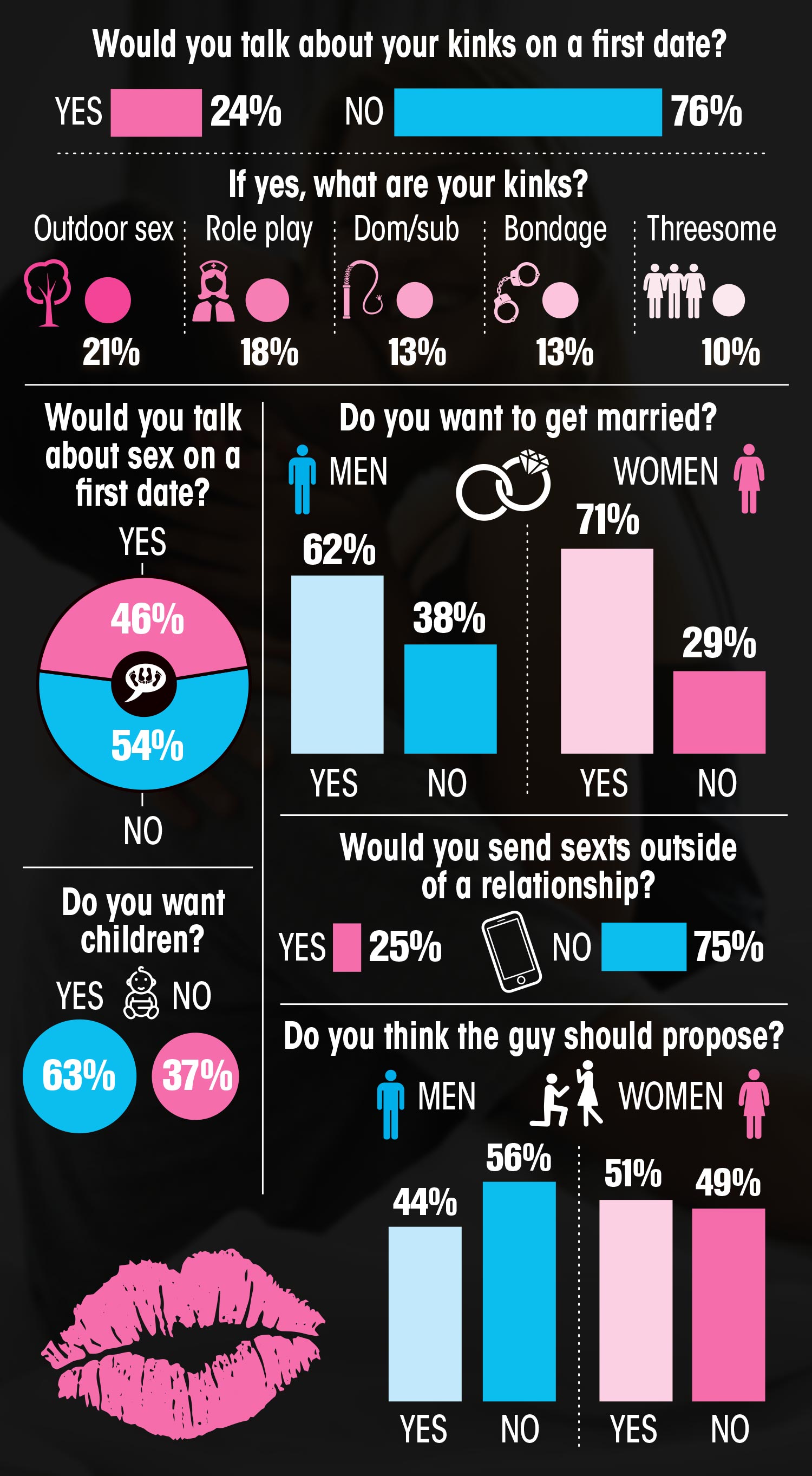 RYAN HARMS, 28, doesn’t see why he should foot the bills early in a relationship.

The single bricklayer from Guildford, Surrey, says: “I don’t pay on first dates any more. It may look cheap but I got tired of girls using me for a free meal. 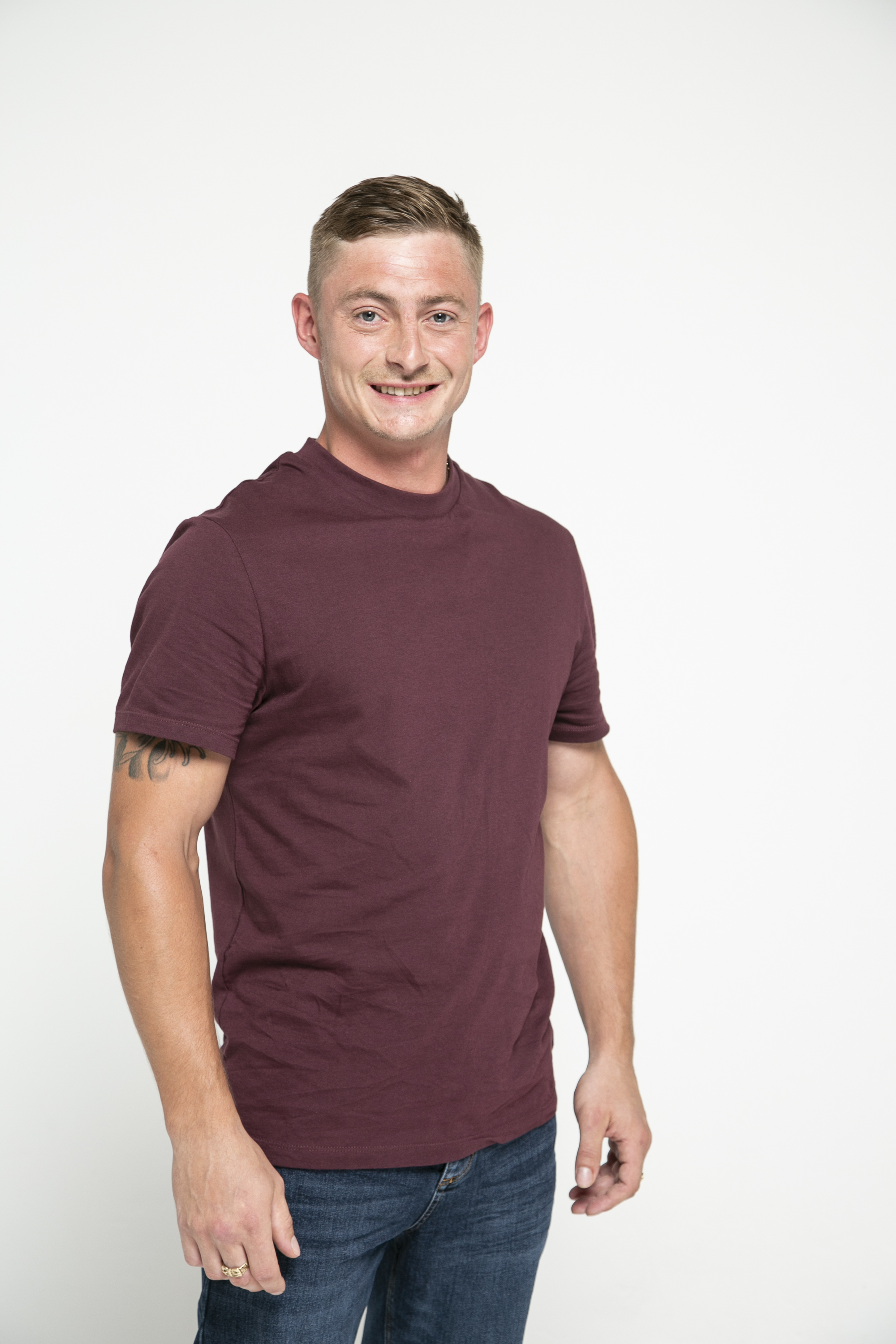 Ryan Harms, 28, says ‘They need to earn my trust before I splash the cash’Credit: Olivia West

“I graft hard for my money and have been lied to so many times. Certain girls can be very fake. They need to earn my trust before I splash the cash.

“Plus some women earn more than guys nowadays and might be more successful, so it’s not practical to expect men to always foot the bill.

“I also refuse to chase women. Why should men put all the effort in and be expected to approach women?

“We live in an equal society so women shouldn’t expect men to do all the work. Some women are put off instantly when I say this, but you can’t have your cake and eat it.”

SOCIAL media manager Ella Maria, 33, who is in an open relationship with her boyfriend, says she is lucky she found someone “open minded”.

Ella, from North London says: “I have never been in a monogamous relationship. I hate the idea of being tied down and wouldn’t feel satisfied with just one partner. 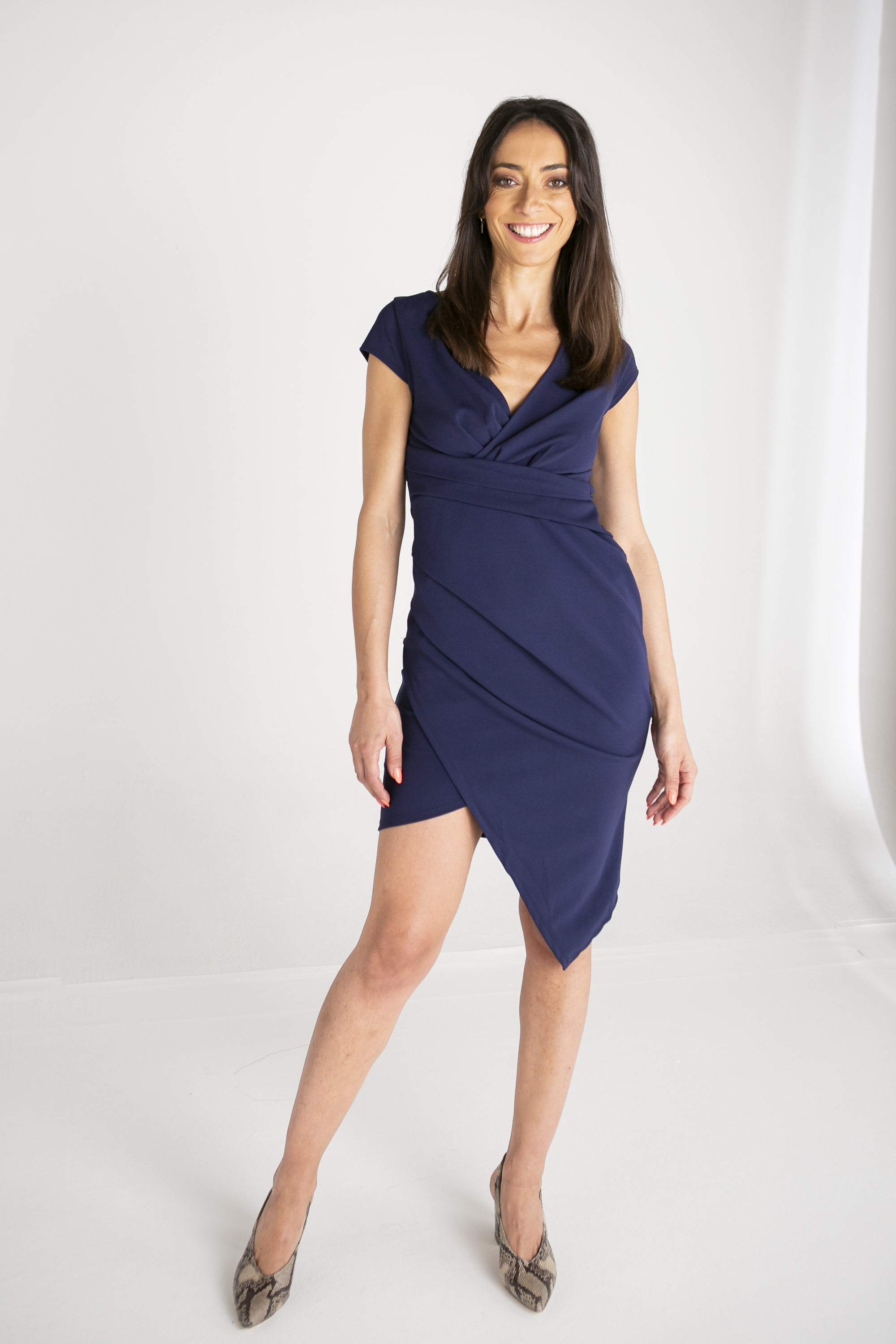 Ella Maria, 33, says ‘We enjoy the freedom of being able to have sex with other people if we meet someone we fancy’Credit: Olivia West

“I’m lucky because my boyfriend shares the same values and we have a great relationship built on trust.

“We love each other very much but we enjoy the freedom of being able to have sex with other people if we meet someone we fancy.

“So many couples cheat and lie to each other but we have boundaries and respect each other, which is why we are honest and don’t hide anything.

“I have never had a monogamous relationship – it’s so out of date. A lot of my friends feel the same.”

SINGLE Sammi Luxx, 19, a student and model from Liverpool, says she would always offer to pay on a date.

She says: “I meet guys through social media and friends of friends. I think money should always be equal when you’re dating. 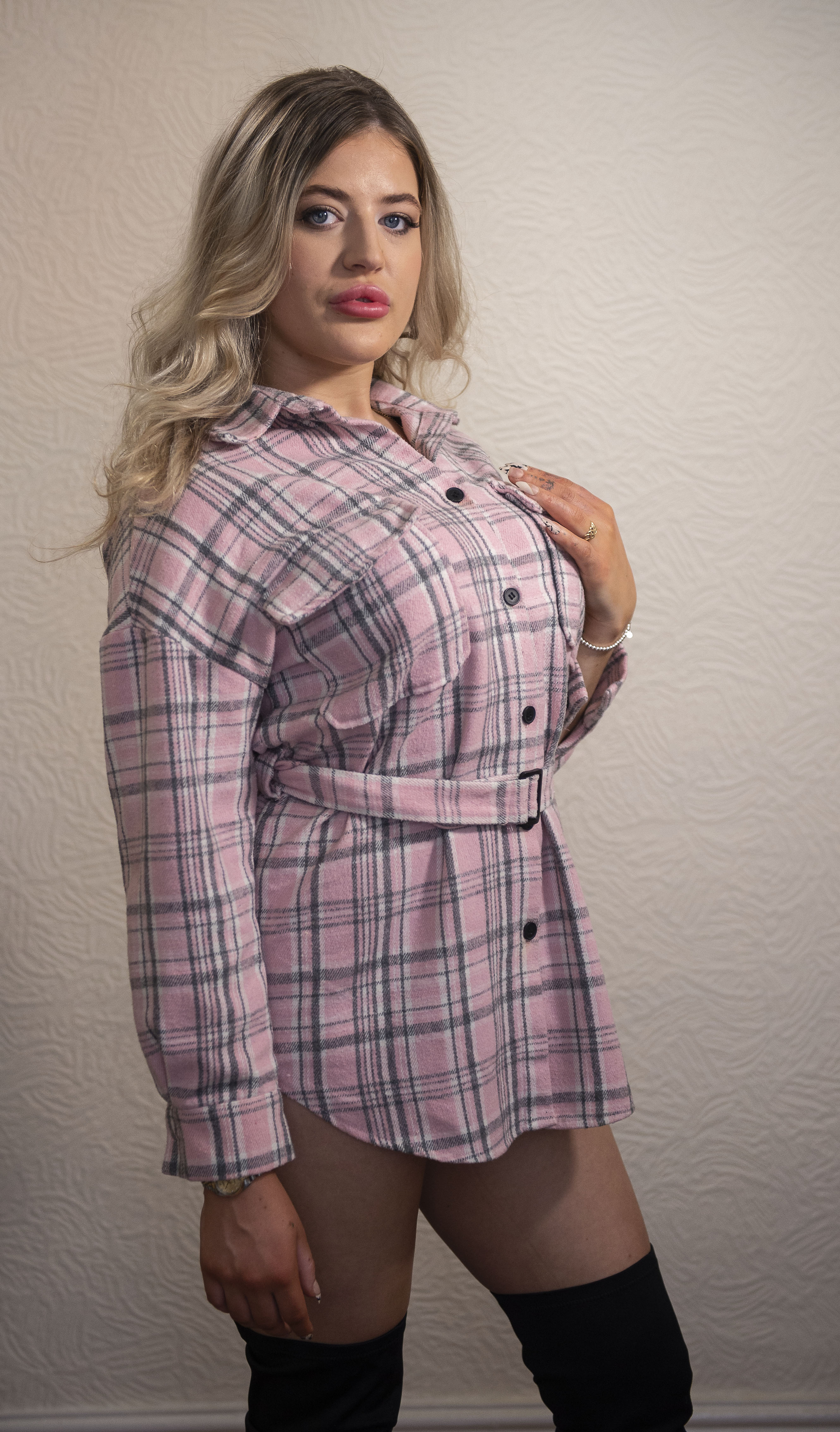 Sammi Luxx, 19, thinks ‘You can see who a person is from their social media’Credit: © Andrew Price / View Finder Pi

“I would always offer to pay – I’m happy to pay half. Modern women can afford to pay for themselves. If you give respect you get it back.

“My ideal date would be fun, get coffee and lunch and going for a drive and for a nice walk.

“It doesn’t always have to be a candlelight dinner or some romantic cliché. Instagram, Facebook and TikTok are a pretty normal way to meet people these days.

“You can see who a person is from their social media.”

HAIRDRESSER Leanna Mackenzie, 27, is single and from Bolton.

She says she likes to have sex on a first date to make sure her partner is “good in bed”. 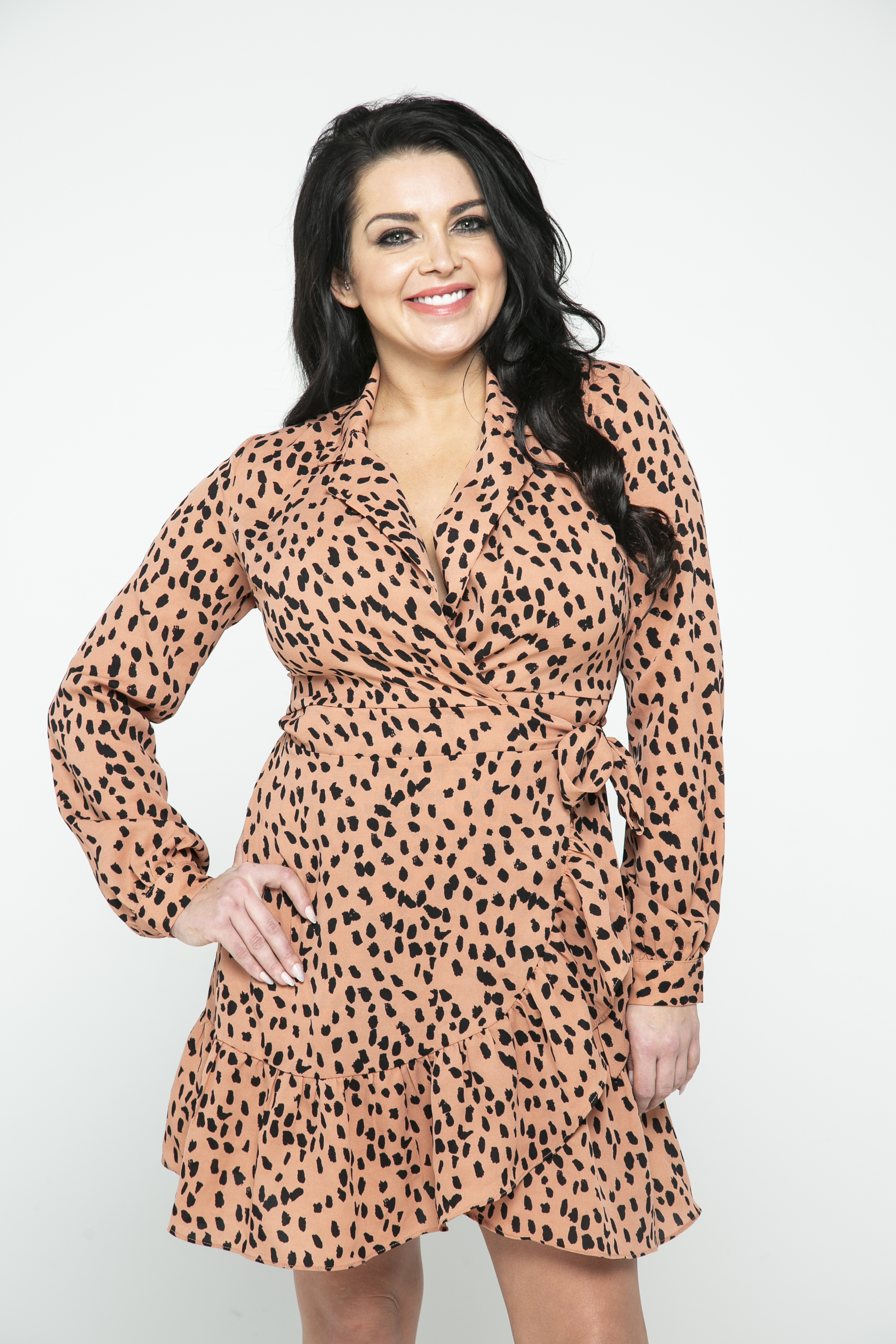 Leanna Mackenzie, 27, says ‘I want to make sure we are sexually compatible’Credit: Olivia West

She says: “When I’m dating, I always try to sleep with the guy on the first date as I want to make sure we are sexually compatible.

“Sex is an important part of a relationship, so if the chemistry isn’t there I don’t want to waste my time getting to know him only to end up dis- appointed later.

“I’ve had bad experiences where I waited longer and then the guys were a complete flop between the sheets.

“Some guys may judge me for it and think I’m not ‘girlfriend material’ but if they do they’re not for me. It’s 2021, and no woman has to abide by the ‘three date’ rule.” 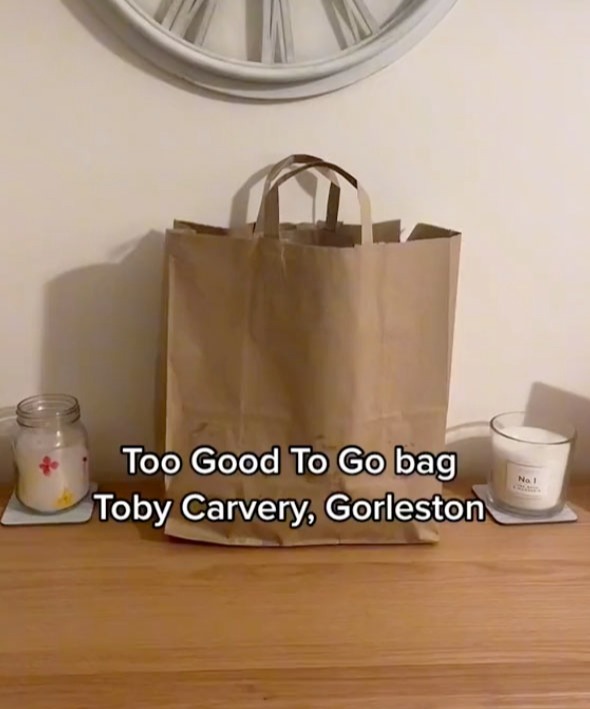 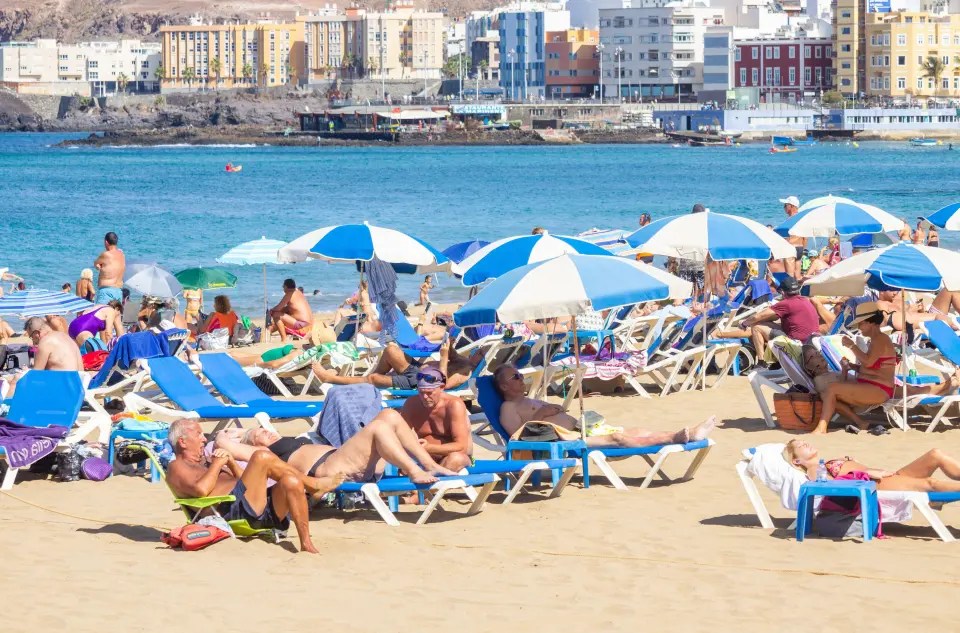