MTV star Amber Rosales has been pictured kissing her husband in a chilling wedding photo taken four days before she allegedly murdered him.

The Sun exclusively spoke with Katy McBride, the sister of the victim, Jeffrey, the day after Amber was arrested under a murder warrant. 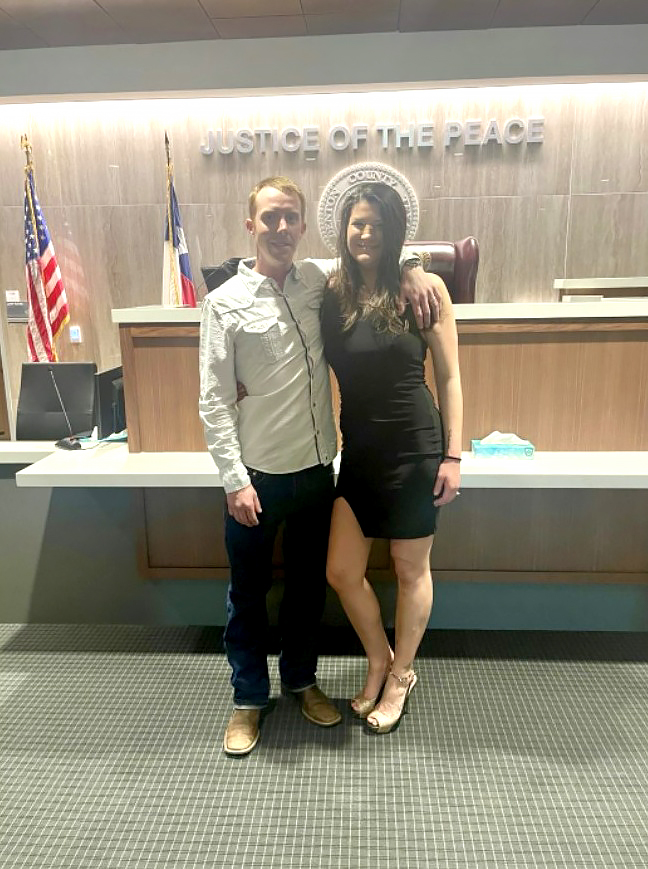 Jeffrey McBride’s sister, Katy, sat down with The Sun to share exclusive details about the heartbreaking crimeCredit: Not known, clear with picture desk

Katy exclusively told The Sun that victim Jeffrey, 31, and the Big Tips Texas MTV star Amber, 30, met in a grocery store in February of this year.

Between then and April, Katy said she noticed many “red flags” and strange behavior from Jeffrey.

She told The Sun Jeffrey was extremely close and “tight-knit” with his family, including her 16-year-old daughter, and would “call every day.”

Katy noticed after Jeffrey started dating Amber, the daily communication dwindled down to a five-minute phone call “about every other week.” 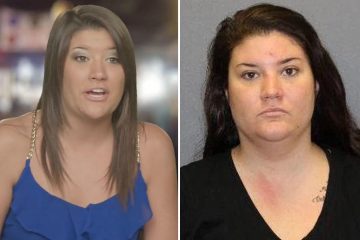 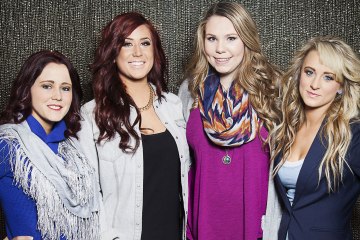 She said Jeffrey “wasn’t very active on social media,” but he would call her on Facebook messenger to get in touch and made comments about his phone “not working.”

Although Katy said she didn’t approve of Amber dating her younger brother because of the star’s past, she still “tried to support Jeff” as he defended Amber.

Jeffrey told Katy he wanted to help her “get her life together.”

Amid the “whirlwind romance,” the couple rushed down to the courthouse in Denton County, Texas, to get hitched on April 21, only four days before Jeffrey was murdered.

Katy shared the Justice of the Peace wedding photos exclusively with The Sun.

Jeffrey and Amber stood side by side beside the American flag and the Texas state flag.

Amber wore tall stiletto heels and a black cocktail dress as Jeffrey wore a light chambray button-up with his arm around Amber’s shoulder.

They both smiled at the camera and appeared happy.

In a second photo, the pair leaned in for a kiss, their arms wrapped around each other’s waists.

Katy claimed none of Jeffrey’s family knew about his plans to marry Amber.

Amber’s case is still pending with the DA’s office.

She has not yet been assigned an attorney or a court, although she is currently in jail on a $500,000 bond.

Amber was arrested on the morning of May 25 as she is suspected for murdering Jeffrey on April 25.

The Sun previously reported that Denton County police records said Amber fatally shot Jeffrey inside of a pickup truck as they drove down a road.

Officers responded to two 911 calls: the initial call was made by Amber herself as she told dispatchers her husband had “just been shot.”

The second was made by a witness who reported a pickup truck had “just crashed in the yard of a residence.”

When police arrived on site, Jeffrey was unconscious and occupying the driver’s seat.

According to the local news outlet Denton Record-Chronicle, the arrest affidavit said Amber was beside him in the passenger seat “crying and touching McBride.”

Amber told police on the scene that Jeffrey intended on “doing a drug deal” and that “it went badly.”

Starcasm, who initially reported on Amber’s arrest, said she told officers her husband stopped the truck to talk to a man.

The police report reported Amber then: “stated the male then shot at the victim [Jeffrey] from the passenger side door and tossed the gun into the truck before running away.”

Local news outlets have also shared Amber alleged: “The man shot her husband, wiped off the revolver, tossed it into the front passenger floorboard of the vehicle, then fled on foot.”

The reality star also told police the man had stolen the weapon from Jeffrey’s family home.

Amber then told police Jeffrey’s foot hit the accelerator, causing the pickup truck to crash into the nearby yard.

However, an on-site officer noticed “scratches on her left and right arm” and that her “right pinkie finger was swollen.”

Amber could allegedly not explain the scratches and claimed her finger was broken from “struggling for the revolver.”

The affidavit also noticed differences in Amber’s story from when she was interviewed on-site to what she told more officers down at the station.

At first, she claimed the weapon was a pistol, then later said it was a revolver.

Police found the revolver in the front passenger side floorboard where Amber had been sitting.

Additionally, no surveillance footage in the area showed the truck stopping at any point nor a sign of a male fleeing on foot.

The Denton Record-Chronicle shared the affidavit that stated Jeffrey “sustained a single gunshot wound to his right side and the only person in the vehicle that could have fired the weapon was [Amber] and not an unknown male.”

Amber had her short-lived reality stardom on MTV’s Big Tips Texas in 2013 as she starred as a Redneck Haven waitress and bartender.

Her catchphrase on the show was: “Butta my a** and call me a biscuit.”

The show ran for only fourteen episodes before being canceled. 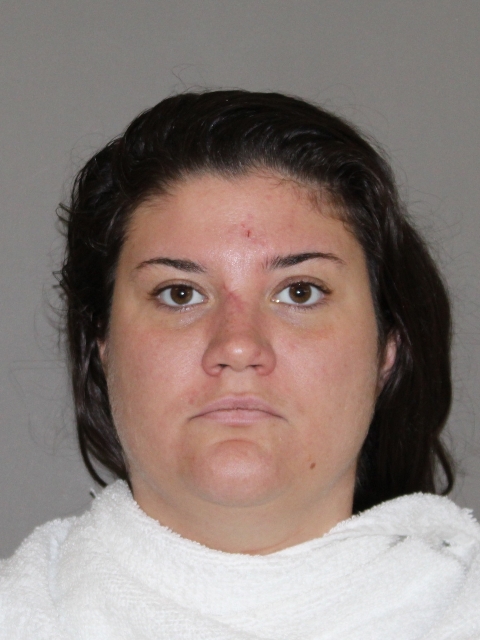 Katy shared she had no idea Jeffrey planned on eloping with AmberCredit: Denton County Jail 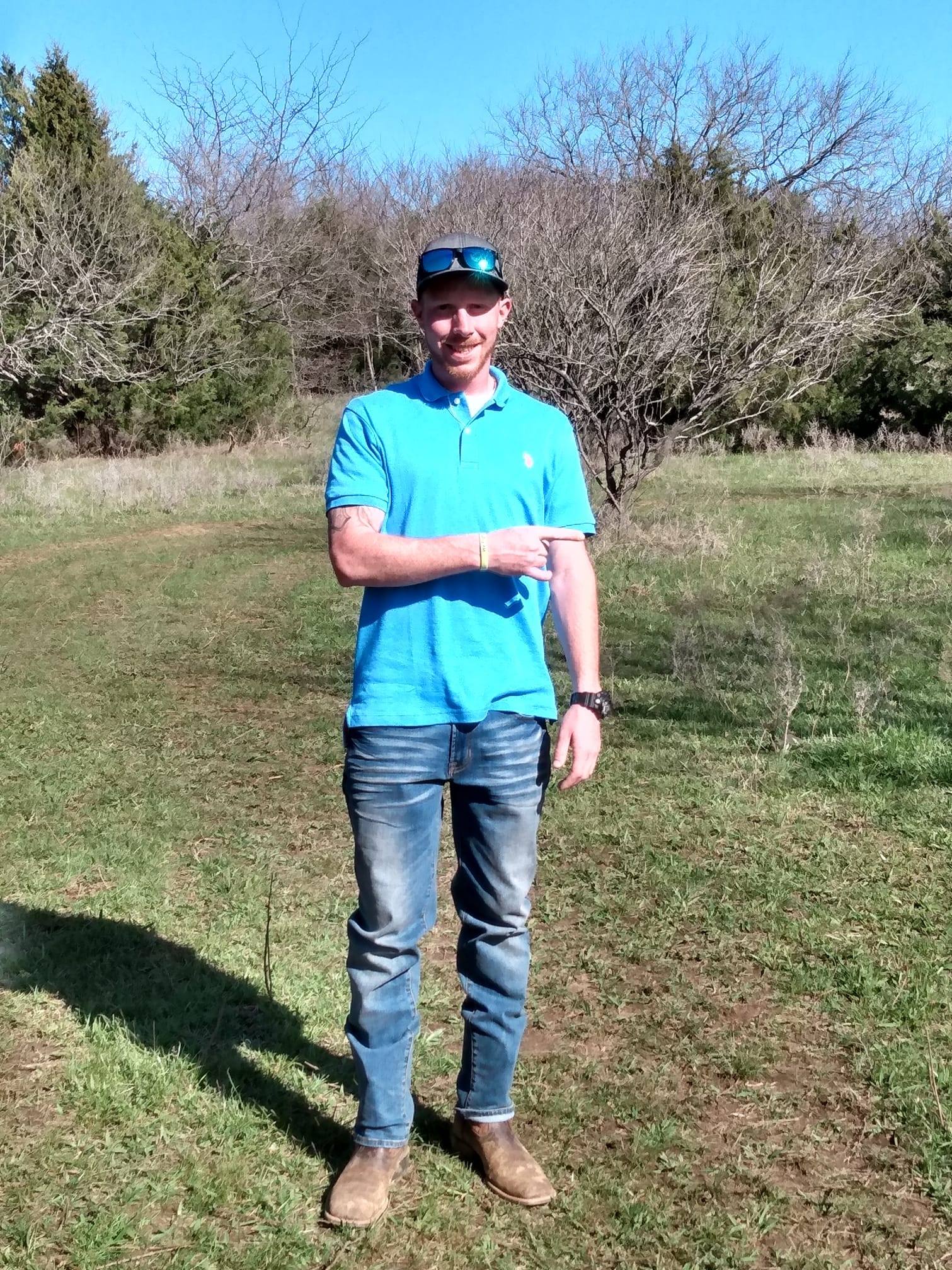 Amber has been arrested a month after the crime under a murder warrant and is held in jail under a $500,000 bondCredit: Facebook 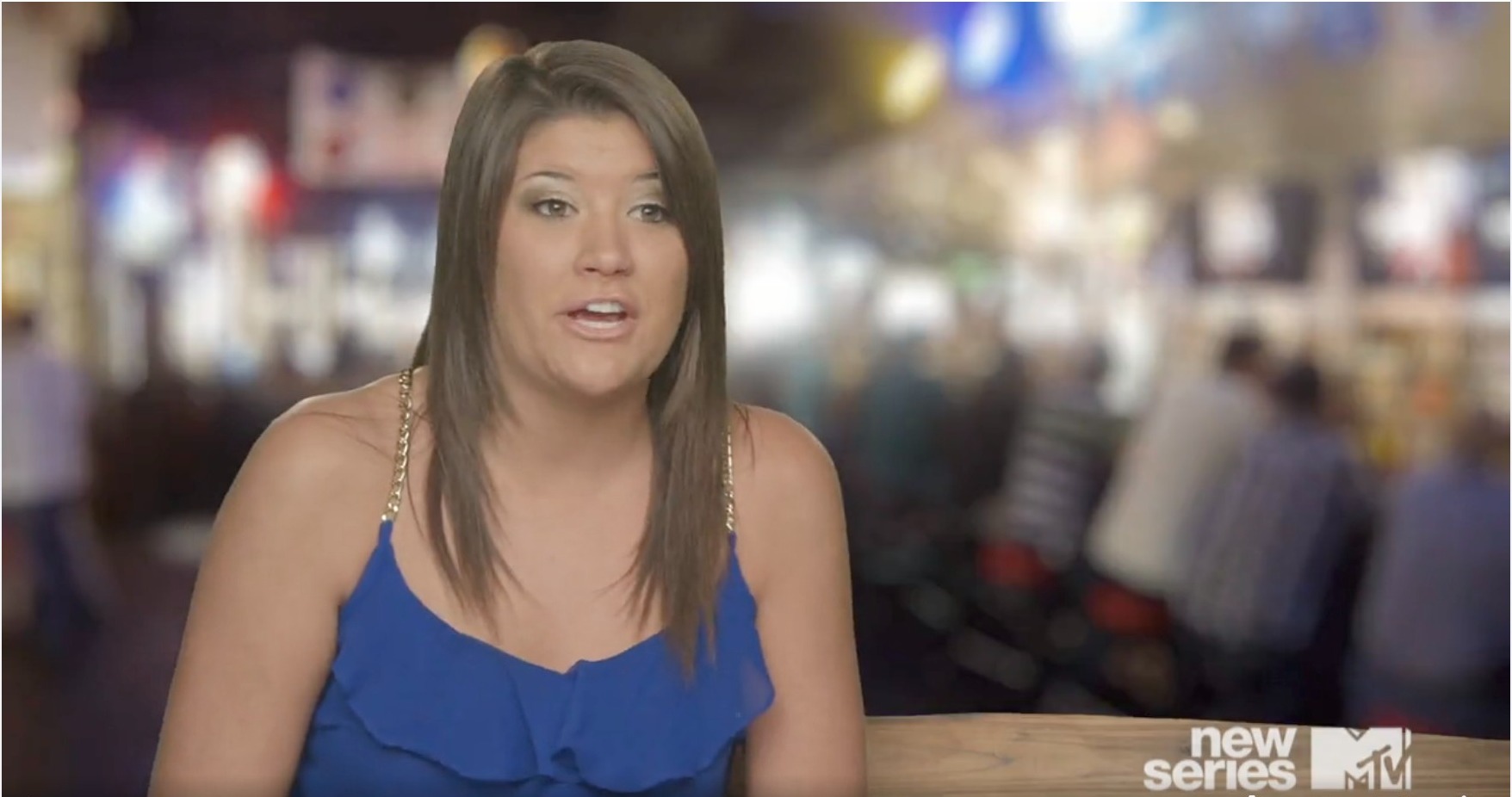 Amber is known from MTV for her time on the short-lived show Big Tips TexasCredit: MTV