This includes the body of a 30-year-old father that was found in a lake today in Alabama after a three-day search.

There was a double shooting in Denver (pictured)Credit: KMGH

Three people were shot outside a Party City in Albuquerque (pictured)Credit: KOB4 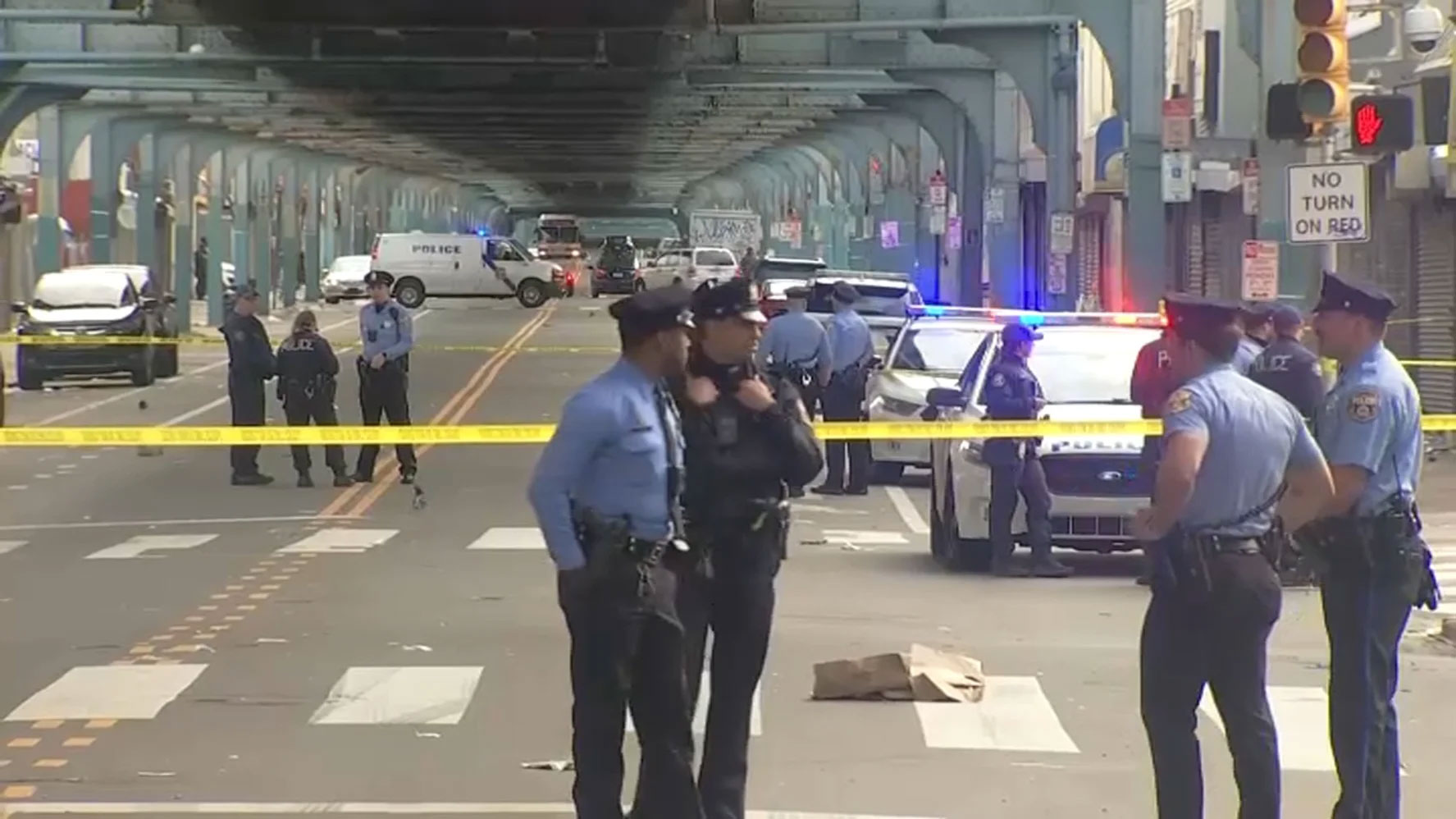 Officials said the man and his six-year-old son “had some trouble” on the water, and the father had to jump in a creek to go after his child, WRBL reported.

The father was able to lift his boy to another boat, but then he went under and was not found until three days later.

Three people were found dead after gunfire erupted outside a Party City in Albuquerque, KOB 4 reported.

Officials said that they found the three victims dead with apparent gunshot wounds upon arrival.

This was one of three different shootings that happened on Mother’s Day in Albuquerque.

Another shooting occurred around 1am Sunday morning at a gas station.

Someone was fatally shot, but officials have not released any more information regarding the event.

The third shooting occurred near a road where officials found two victims with nonfatal gunshot wounds upon arrival.

All of these events are under investigation.

There were also three separate shootings on Sunday in Philadelphia.

A man and a woman were killed while four others were injured in the separate shootings that occurred in a two-hour span, NBC10 reported.

The deceased male victim was 21-years-old while the female who was shot to death was 36.

One of the four injured is a 25-year-old woman who was shot once in the head.

She is in critical condition while the rest of those injured are stable.

Six more people were shot in Georgia during a single act of gun violence this Mother’s Day.

Officials said three people are dead after they responded to calls that a person was shot, 11Alive reported.

Two more people were taken to hospitals in serious condition due to gunshot wounds, and another person showed up to the hospital injured, totaling six victims.

There was also a road rage incident in Georgia on Mother’s Day where one person was reportedly killed and another injured.

The road rage incident resulted in a shooting where a male victim, 32, died on the scene and a female victim, 30, was transported to a local hospital and is in stable condition, WTOC reported.

Officials said the event stemmed from a verbal altercation that escalated.

There was another shooting due to a road rage incident the same day elsewhere in Georgia where a man was shot several times.

A 29-year-old man shot a 46-year-old man after the incident and he was taken to a local trauma center, WSB-TV reported.

There are currently no updates regarding the victim’s condition.

The 29-year-old told officers that he was involved in the shooting and has been arrested and charged with aggravated assault.

The bodies of three children were discovered inside a home in Los Angeles on Mother’s Day as well.

Authorities arrived at a home in Woodland Hills at 7.40 in the morning when the children were found unresponsive.

The LAPD had responded to calls for an assault with a deadly weapon.

All three were pronounced dead at the scene and, according to police, they were between the ages of eight and 12-years-old.

Neighbors said they heard fighting for over an hour inside the home last night, according to FOXLA.

The children’s mother is being questioned by police in connection to the deaths.

A pedestrian in New York City was crushed Sunday in a hit-and-run incident by a stolen truck.

The event unfolded after a 49-year-old woman attempted to stop an out-of-control stolen truck, the New York Post reported.

The driver accelerated in front of the woman and pinned her between two parked cars.

The mother, who was struck in front of her daughter, was taken to Jamaica Hospital and is not expected to survive, according to the family.

A double shooting occurred in Denver on Mother’s Day near a mall that left two people wounded, Denver7 reported.

Officials said that two men were shot and transported to the hospital with what appeared to be non-life-threatening injuries.

Details surrounding this event are currently not known, and officials have launched an investigation.

A child was shot in the foot on Sunday afternoon in St Louis.

Officials said the child was shot by two people who ran away before police arrived, KSDK reported.

Police did not indicate the age of the child or how badly the child was injured.

There are no more details regarding this event at this time.

A New Orleans deputy reportedly shot a man at a restaurant on Mother’s Day.

The man was taken to the hospital by paramedics, NOLA reported.

The Orleans Parish Sheriff’s Office said that man who was shot got into a fight with another man at a restaurant and fired two rounds during the fight.

The deputy who was there shot at him to stop him, according to a media release.

The incident is under investigation. 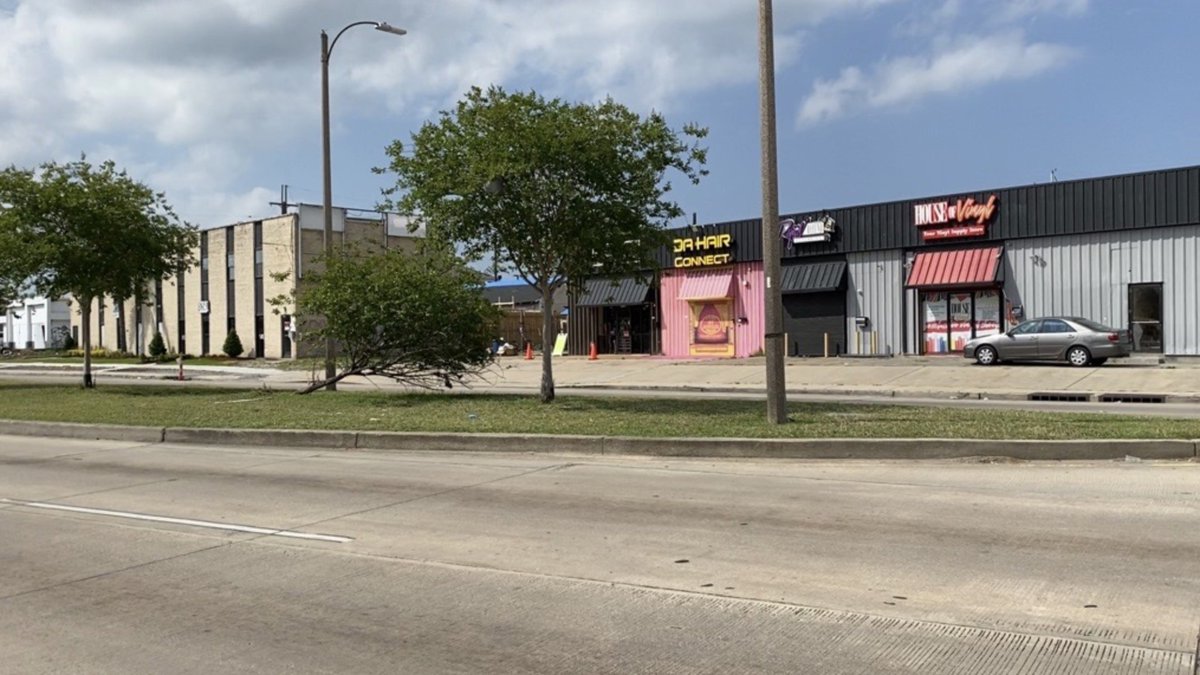 A New Orleans deputy shot a man who apparently was shooting at someone at a restaurant (pictured)Credit: WVUE-Fox 8 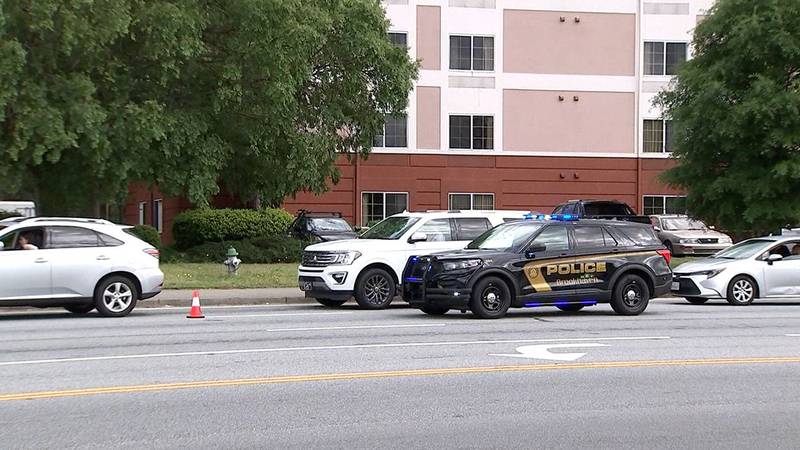 A Georgia man was shot several times after a road rage incident and police arrested the shooterCredit: WSB-TV

There were several shootings on Mother’s Day in GeorgiaCredit: WJCL

I’m a cleaning pro – the $5 product I use to make shirts white when they’re yellowing, no one’s ever heard of it