DURING the pandemic, a money-saving couple decided they didn’t want to rely on supermarkets for food any longer, so made a pledge to give up buying food for a YEAR.

Chris Hall and Stefanny Lowey, from British Columbia, Canada, are only eating what they can grow or catch for 365 days. 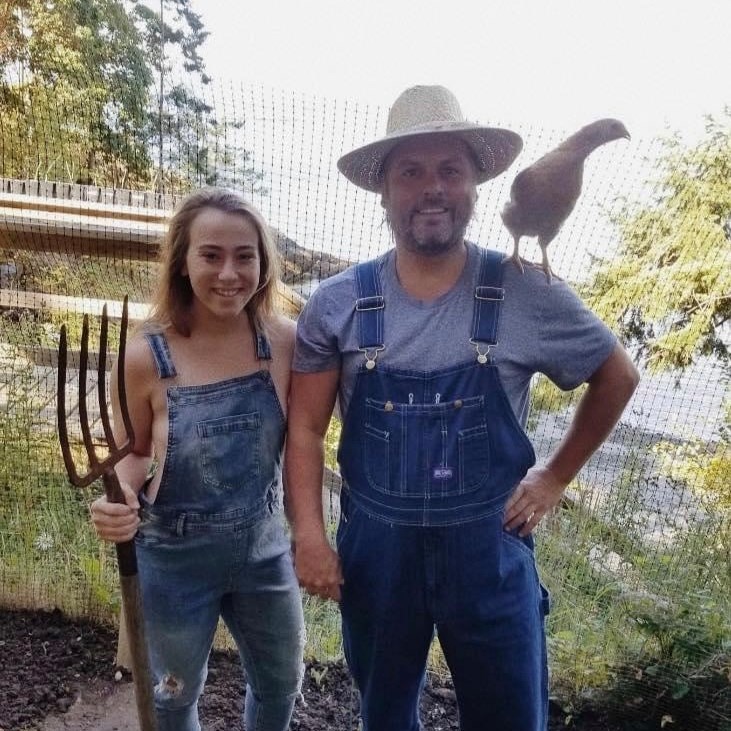 Chris Hall and Stefanny Lowey have pledged to not buy food for 365 daysCredit: lovinofftheland/Facebook

The couple are five months in after starting in August, and have spent their time making coops for chickens, ducks and turkey, as well as growing new produce.

They are so strict that even sugar, salt and flour can’t be bought from a shop.

Speaking to Fabulous, Chris, 38, said: “It’s always been something we wanted to do.

“When Covid hit it gave us the extra push we needed. 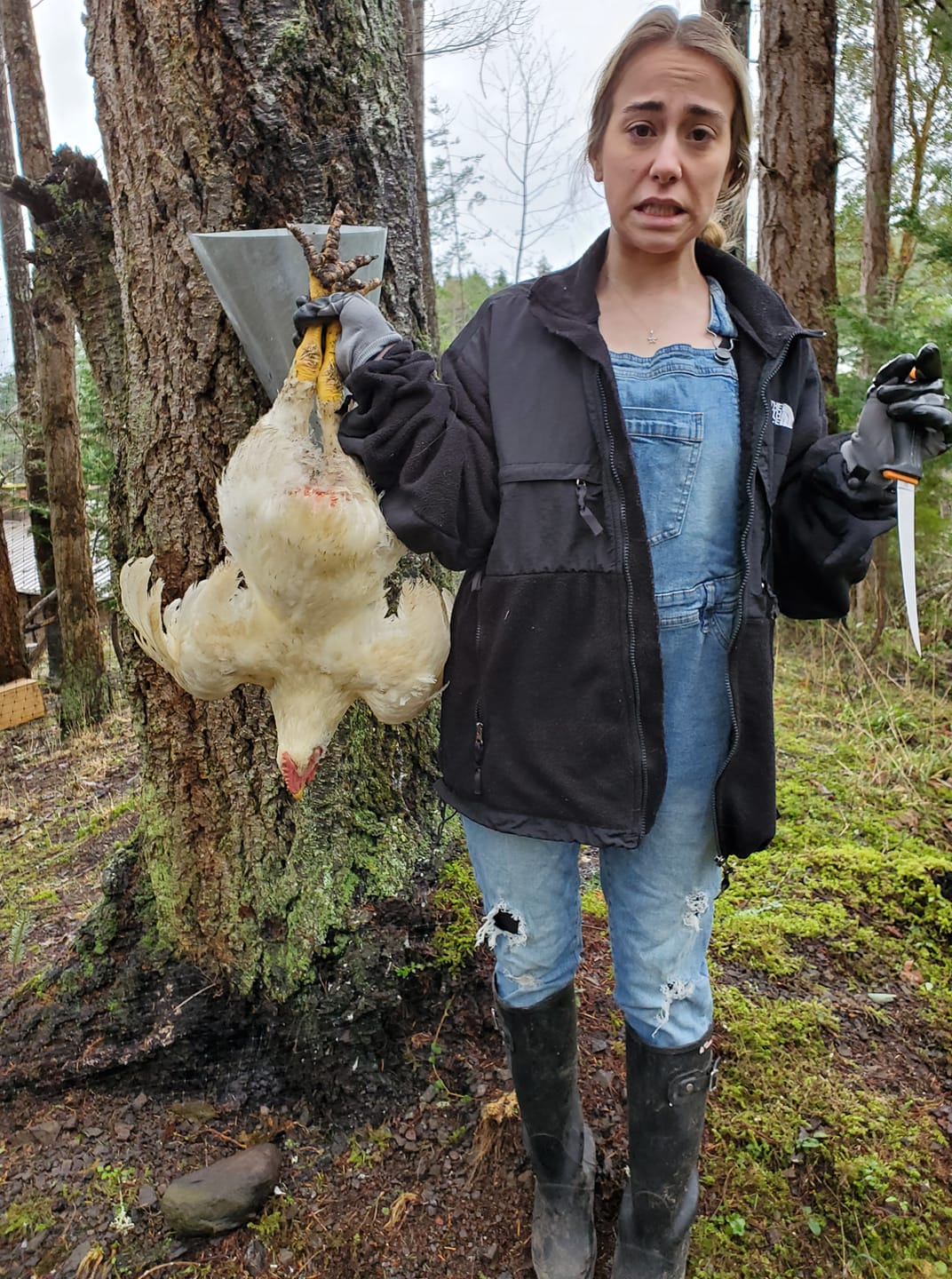 Stefanny has had to rear and kill her first chicken as part of the challengeCredit: lovinofftheland/Facebook

“It put things in perspective about how reliant we are on corporations and grocery chains to provide us with our basic needs.

“We have had a garden and grown vegetables for a long time already.”

The couple were both out of work when they started the challenge, but are now employed once again. 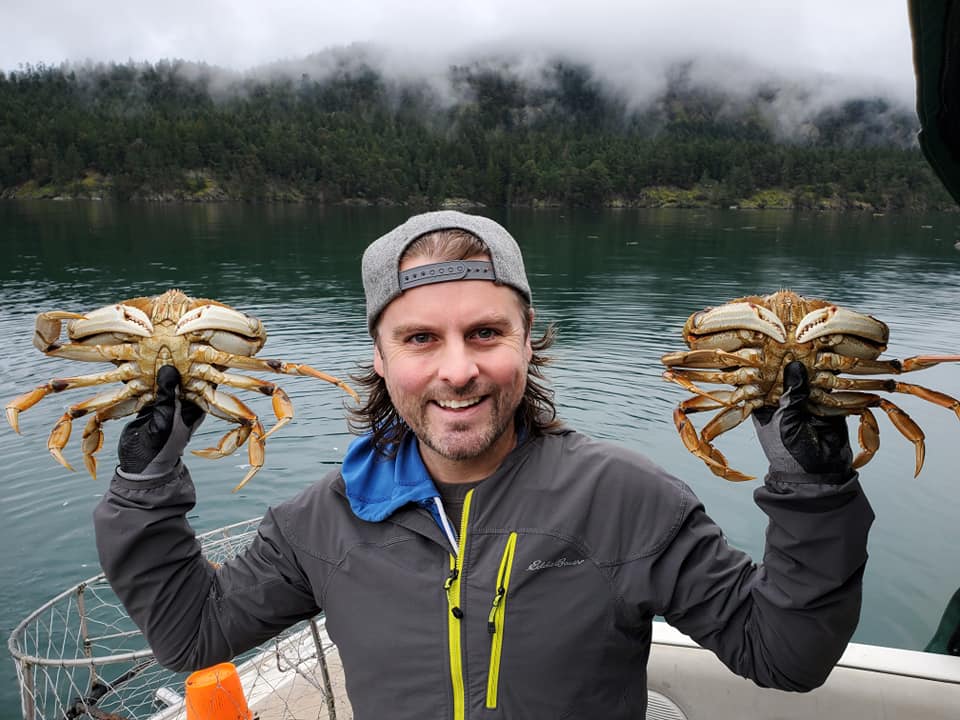 The frugal pair also harvest fish, prawns and crabs from the oceanCredit: lovinofftheland/Facebook

Their thrifty year has seen them learning how to grow mushrooms, process plants, and harvest salt from the ocean.

Chris admitted the first three weeks were particularly challenging as their bodies adjusted to cutting out sugar, alcohol and caffeine – all on the same day.

He said: “The toughest part was definitely the first three weeks.

“It took our bodies a while to adjust to cutting out alcohol, sugar, caffeine and all processed foods right at the same time.

“Once we got through the cravings and our energy levels balanced out, we now feel great.

“We definitely have moments of being hungry, but generally have always had enough food.

“The lack of variety has been one of the most difficult things though.” 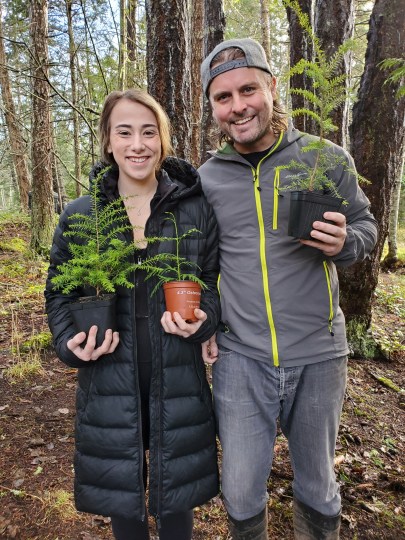 Stefanny and Chris have had to study their diet carefully to ensure they are getting all the required nutrientsCredit: lovinofftheland/Facebook 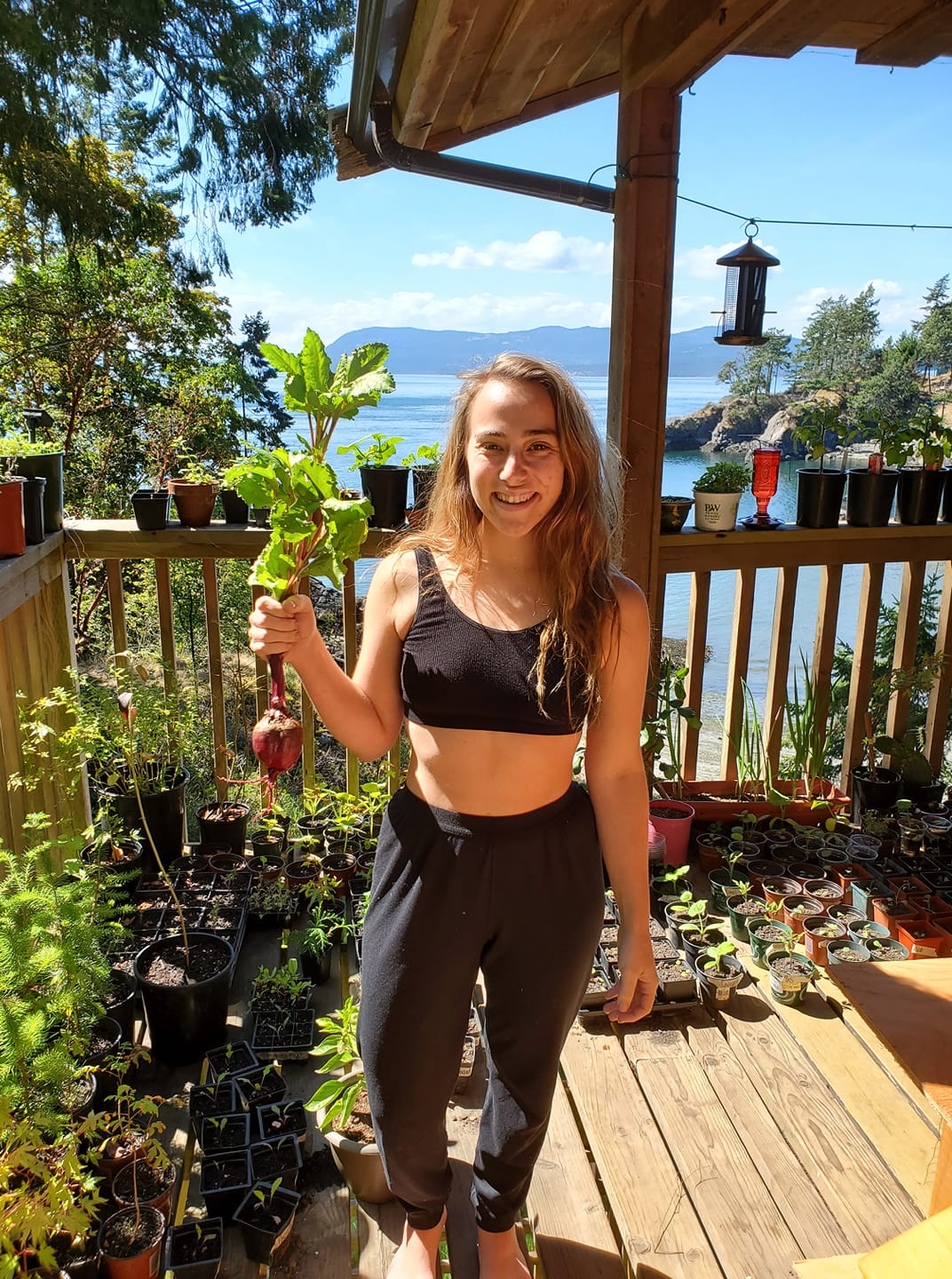 Their thrifty year has seen them learning how to grow mushrooms, process plants, and harvest salt from the oceanCredit: lovinofftheland/Facebook 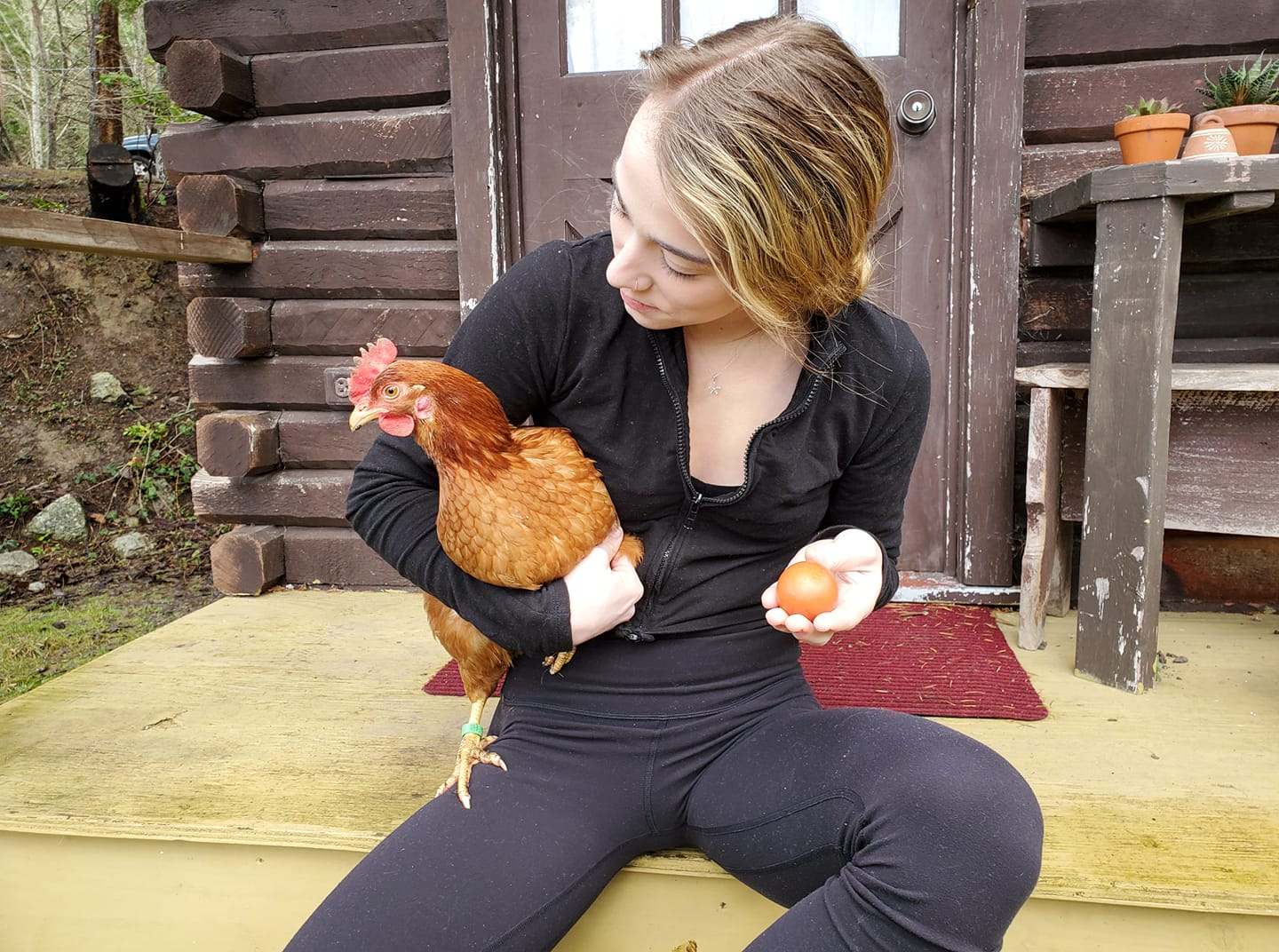 The couple are five months in after starting in AugustCredit: lovinofftheland/Facebook

The couple, who have the Lovin Off the Land Instagram account, said their daily menu changes with the seasons.

Chris explained: “For breakfast in the summer it was mainly smoothies, now it is usually hard boiled or scrambled eggs.

“Lunch is usually chicken or turkey soup with vegetables.

“Dinner is a range from chicken and turkey, to seafood such as salmon, crabs and prawns.”

As well as harvesting fish, prawns and crabs from the ocean, the frugal pair grow vegetables such as carrots, beets, rutabaga, kale and swiss chard. 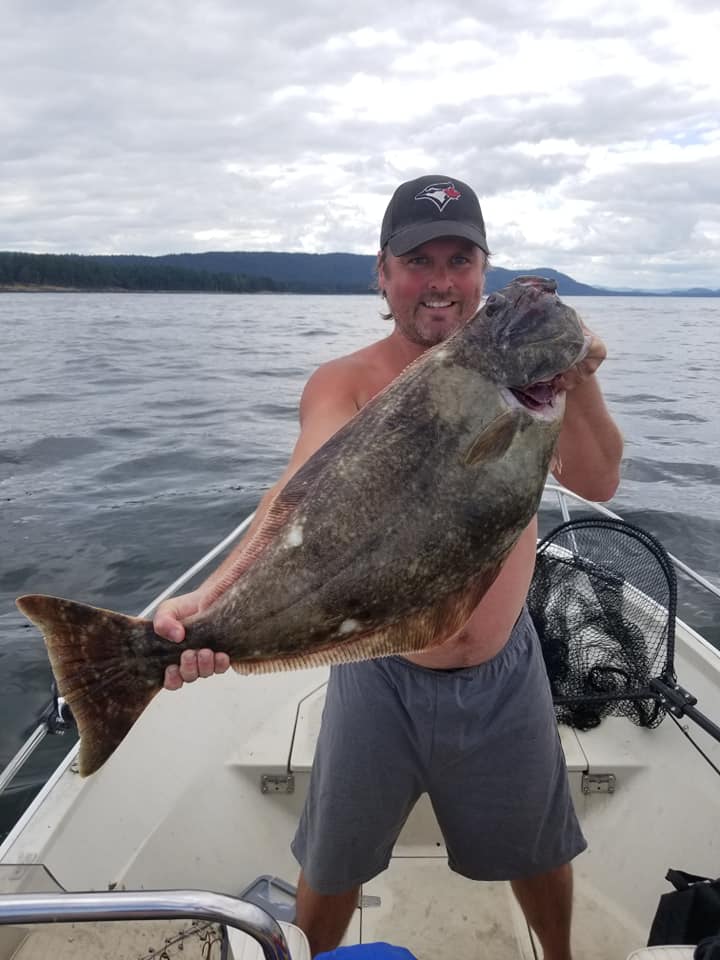 When the 365 days end, they plan on keeping up their habits most of the timeCredit: lovinofftheland/Facebook 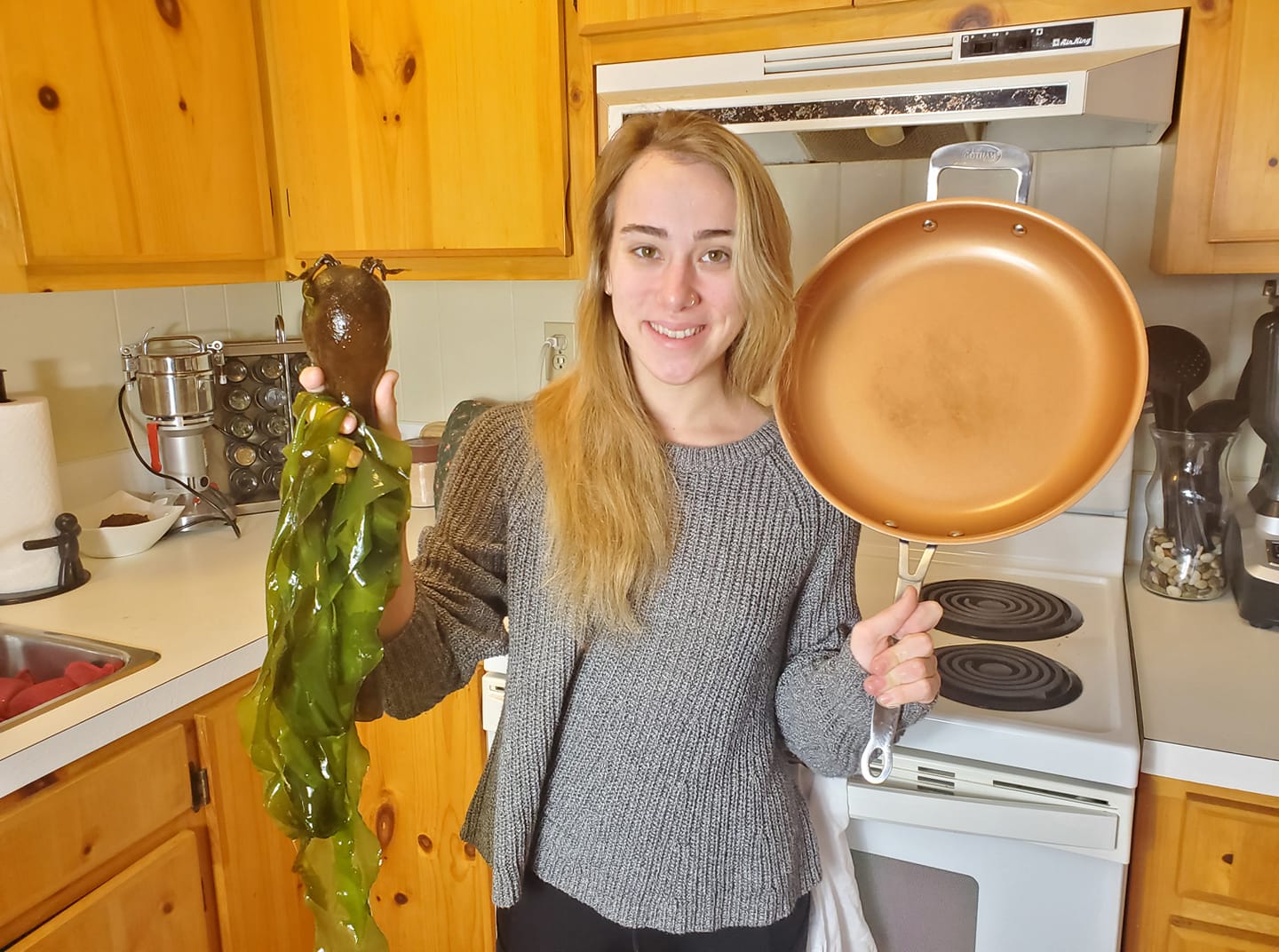 Stefanny and Chris have had to learn how to grow vegetables such as carrots, beets, rutabaga, kale and swiss chardCredit: lovinofftheland/Facebook

Stefanny, 24, and Chris have had to study their diet carefully to ensure they are getting all the required nutrients.

One of the biggest challenges has been getting iodine into their diet, as they no longer use table salt, which is one of the most common sources.

Thankfully, they found that Kelp and other seaweeds are high in iodine.

And one of the toughest moments was killing their first chicken.

Chris explained: “Killing our first chicken was quite difficult.

“Far more emotional than I think either of us expected. We have such a greater appreciation for our food than we ever did before.” 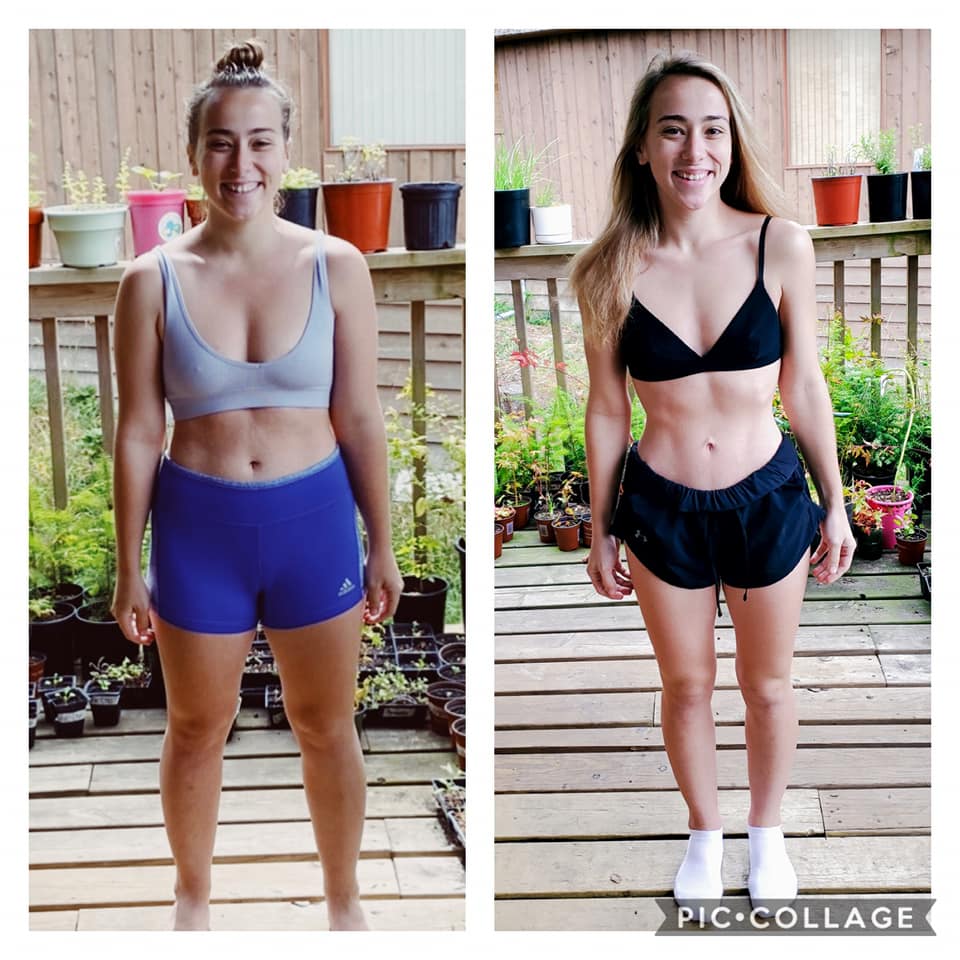 The couple have lost weight on their challenge of growing their own foodCredit: lovinofftheland/Facebook 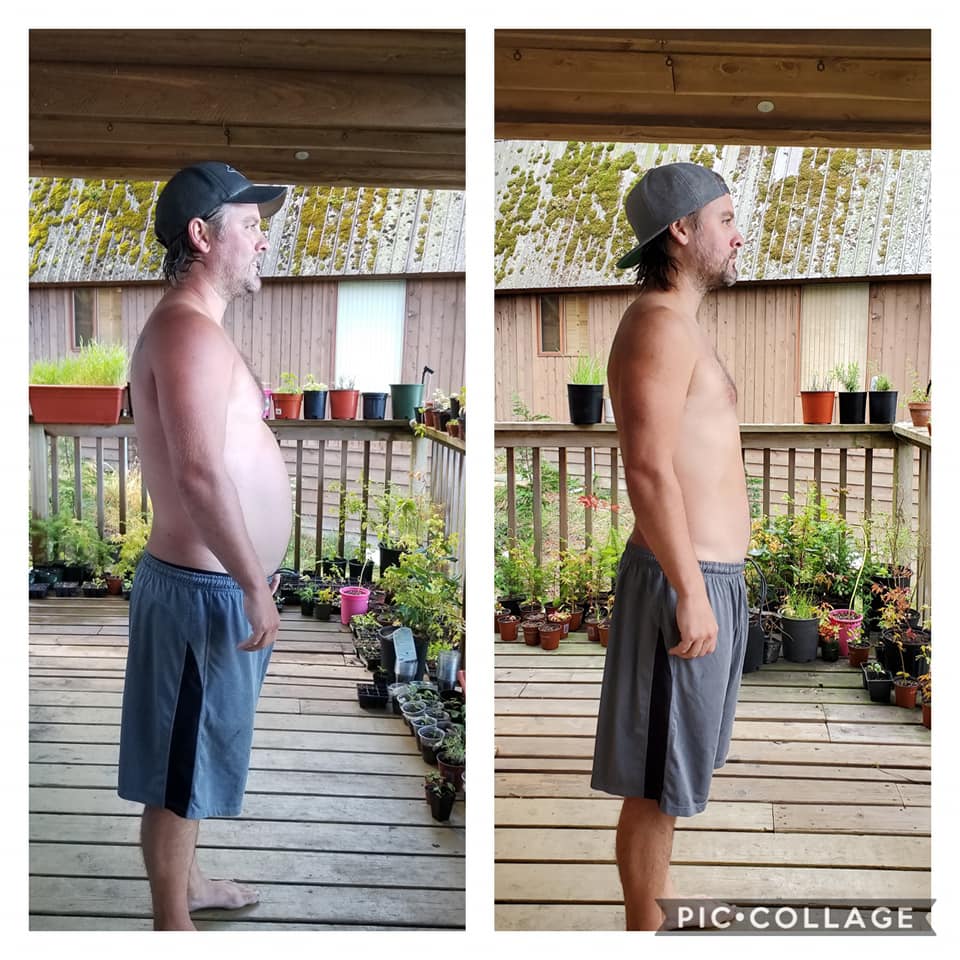 Chris also showed off trim before and after shots during the challengeCredit: lovinofftheland/Facebook 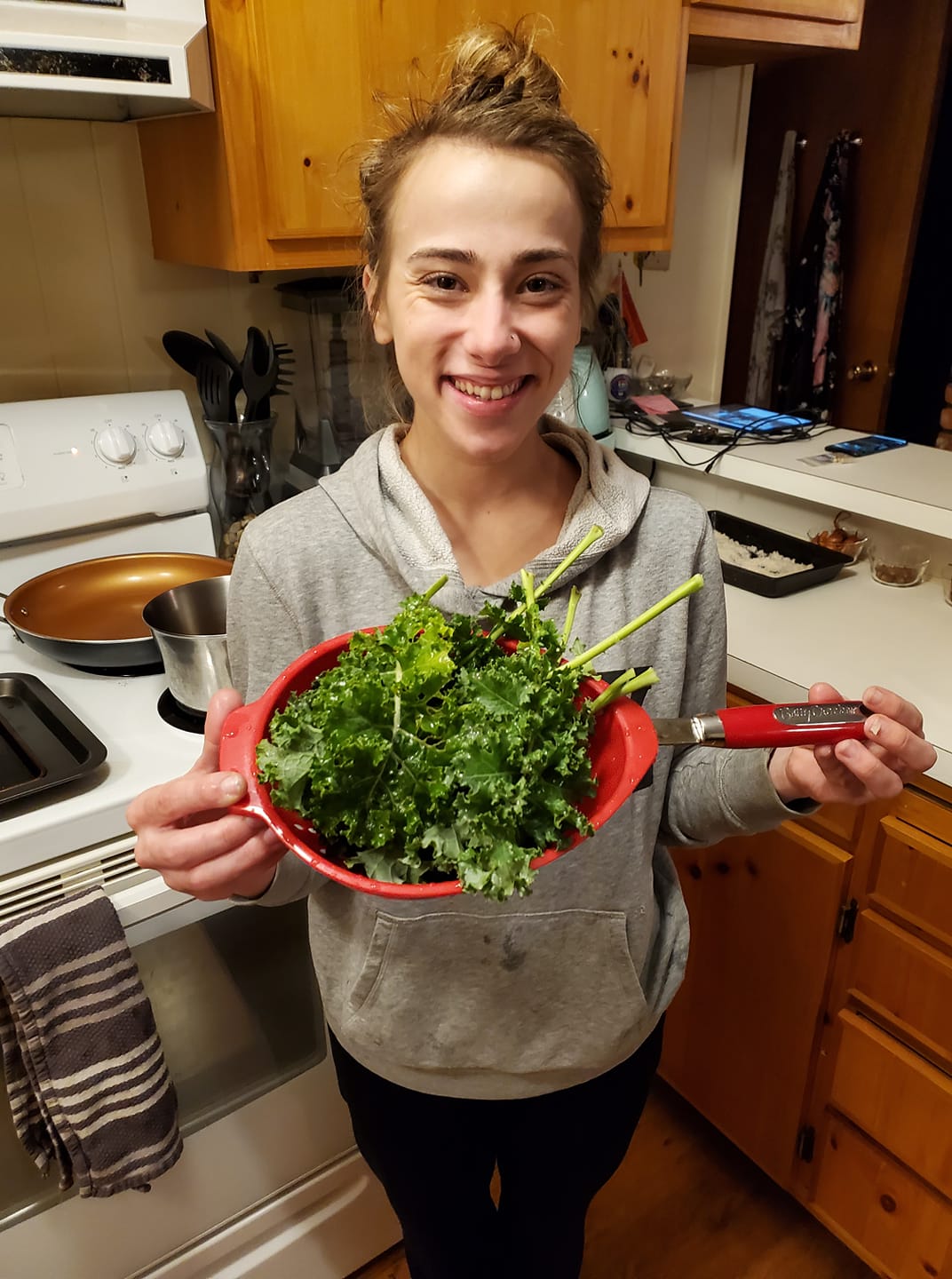 The adventurous couple are documenting their experience on YouTubeCredit: lovinofftheland/Facebook

Chris said they feel good about the challenge so far, and they are soon planning the next season’s garden.

When the 365 days end, they plan on keeping up their habits most of the time, but are definitely looking forward to a meal out and a coffee.

We shared how a thrifty couple who live in coastal fort survive on just £1,250 A YEAR… by foraging for food, searching skips for scraps and skinning rabbits for blankets.

We previously revealed the world’s most remote family who live hundreds of miles from civilisation with only hungry bears for company.

Kelly Brook forages for mushrooms and edible flowers in the woods