A MOM has reportedly been inundated with death threats and abuse after she chaperoned a kindergarten class on a school field trip to a bar and grill that’s a known LGBTQ hangout.

Sarah Leonardi, a parent and member of the Broward County School Board, posted a series of images to Facebook and Twitter on Wednesday showing kids from Wilton Manors Elementary visiting the nearby Rosie’s Bar and Grill.

Leonardi is pictured back right with the class of kids from Wilton Manors ElementaryCredit: Twitter / @bcpsleonardi 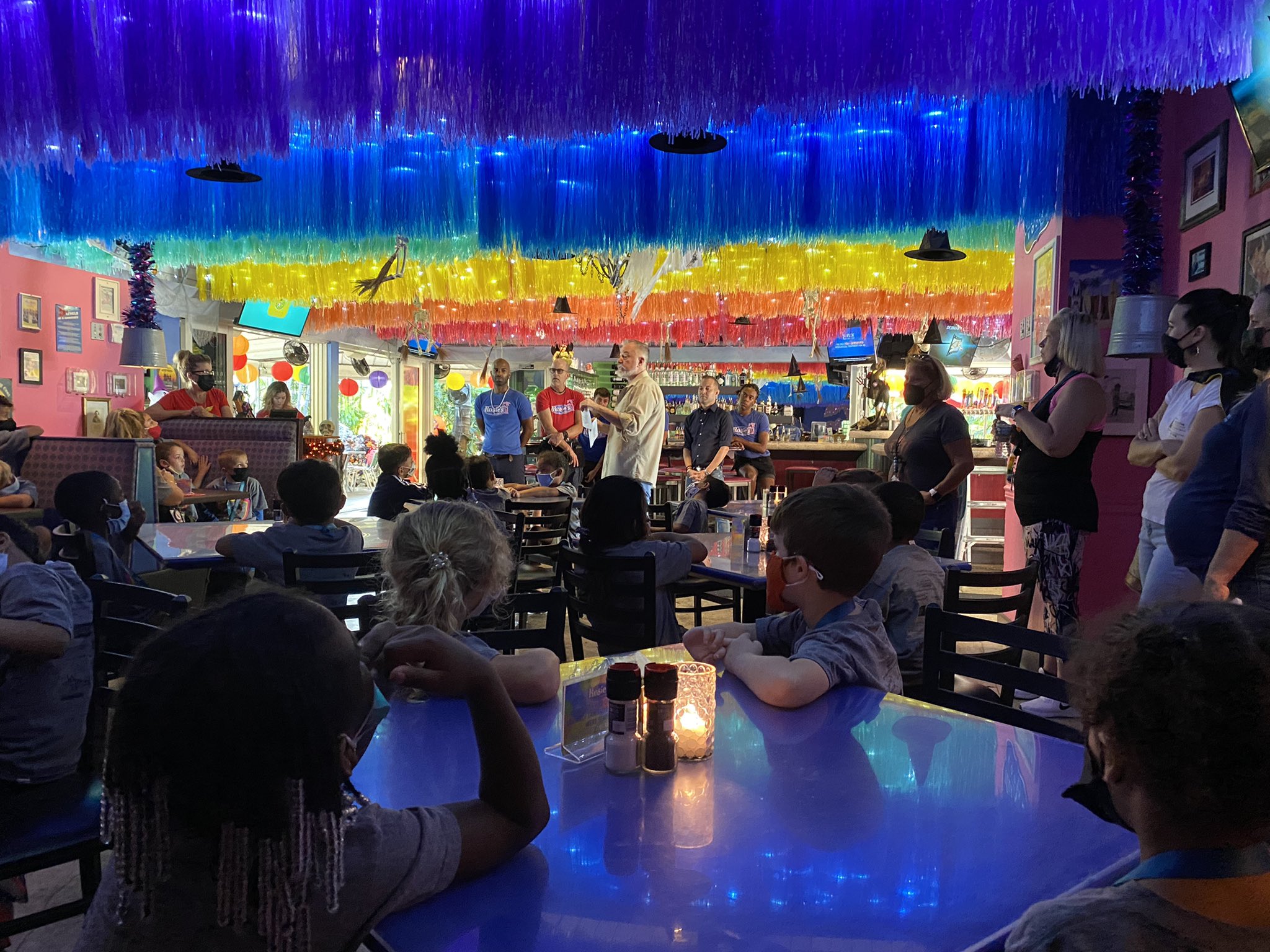 Rosies Bar and Grill is a popular hangout among the LGBTQ communityCredit: Twitter / @bcpsleonardi

“I was SO honored to be invited to chaperone @WiltonManors’s field trip to the incredible Rosie’s!” she wrote.

“The students and I had a fun walk over and learned a lot about our community!”

According to school officials, the aim of the trip was to teach the children about how restaurants and businesses in their local area operate.

While the trip to Rosie’s has reportedly been an annual tradition for years, Leonardi’s post ignited a social media firestorm this week, with critics lashing out that a “gay bar” is an inappropriate place to take school children.

The LGBTQ-owned eatery is known for its innuendo-laced menus and decor, with dishes such as “Rhoda Cowboy”, “Ivanna Hooker”, and a special sauce called “Smack My Cheeks and Make ‘Em Rosy” among those of offer.

However, the children who attended were given a special child-friendly menu listing only hamburgers, cheeseburgers, chicken fingers, and grilled cheese sandwiches for sale, officials said.

Still, Leonardi’s post went viral, with commenters suggesting she should be removed from office, arrested or even “killed”.

“This is evil, wrong and bad for the poor children,” one critic wrote. “You should be fired and then sued for child endangerment.”

A second wrote: “It’s wildly inappropriate to expose children that young to ANY sexual orientation. Seeing as that’s the entire premise of the bar, I’m shocked that anyone would condone this.

“Also, it’s a BAR. What education came of this that was superior to a nature center or science exhibit.”

A third chimed in: “Where will you take them next? A casino, strip club? This is obviously an adult establishment. Your judgement is lacking.”

“Everyone that was involved with this should go straight to jail and fired,” wrote a fourth. “They don’t belong around children. This is morally wrong and disgusting. How is it ok to take a child to a bar. I hope the whole state of Florida is outraged by this.”

Christina Pushaw, Florida Gov. Ron DeSantis’s press secretary, also weighed in to voice her disgust, writing: “Broward School Board member takes little kids to a gay bar on a field trip, forcing them to wear masks ‘to keep them safe’.”

Pushaw then appeared to suggest that Leonardi had set the whole trip up so that she could provoke outrage and draw attention to herself.

“What if the Broward school board member took little kids to this bar EXPECTING that some parents would protest, so she could call the FBI and go on MSNBC to discuss all the ‘threatening messages’ she’s received from “insurrectionist” parents?” she wrote.

Others raced to the defense of Leonardi, insisting that going to Rosie’s was no different than a family dinner out at any other bar and grill, such as TGI Friday’s and Applebee’s.

“I really don’t see anything offensive (as long as the kids didn’t see an adult menu),” one countered. “Be different if it was a strip club with a stage and poles … might be blowing this a little bit out of proportion here.”

A second wrote: “To the angry people commenting: If it wasn’t your kid, maybe be quiet. Ostensibly, the parents of these kids signed permission slips allowing them to go. If those parents have an issue, they can bring it up.

“I remember reading about Covington private school kids who were taken to an anti-abortion rally in Washington. I didn’t think that was an appropriate field trip. But they weren’t my kids.”

Leonardi, meanwhile, has defended the trip to the Florida Sun-Sentinel, insisting she didn’t see anything inappropriate inside the bar while she and the children were there.

Still, she says she says she’s continued to receive “bigoted comments and death threats” in the days since she uploaded her posts.

“These attacks have no place in our society,” Leonardi told the outlet.

“The threats have been referred to the appropriate authorities, and I will continue to work hard to engage with my community, spread positivity, and represent my district on the School Board.”

This is not the first time Leonardi, who is active with the Democratic Party, has been criticized by conservative parents in recent months. She recently also came under fire for her stances in favor of transgender athletes and mandatory mask-wearing.

Broward County Public Schools officials have also defended the trip, reiterating that it was part of an effort to educate the children about neighborhood safety, community helpers, and the importance of being a community member.

“The bar and restaurant was not open to the general public while students were present inside. When the business opened, students transitioned to a separate, outside location to order and eat their meals,” the district said in a statement.

“They learn about the types of jobs involved in operating a restaurant, how to pay for their meal, and how to leave a tip for the service they receive.”

Rosie’s has hosted the field trip for about a decade.

The eatery’s owner, John Zieba, said that he, like Leonardi, has been receiving angry and abusive messages.

“We’re getting horrible emails, [they’re] jamming phone lines all day with nasty comments, cursing out my staff and with social media and everything else,” he told CBS Miami.

“Everything’s just been blown way out of proportion for ridiculous purposes.” 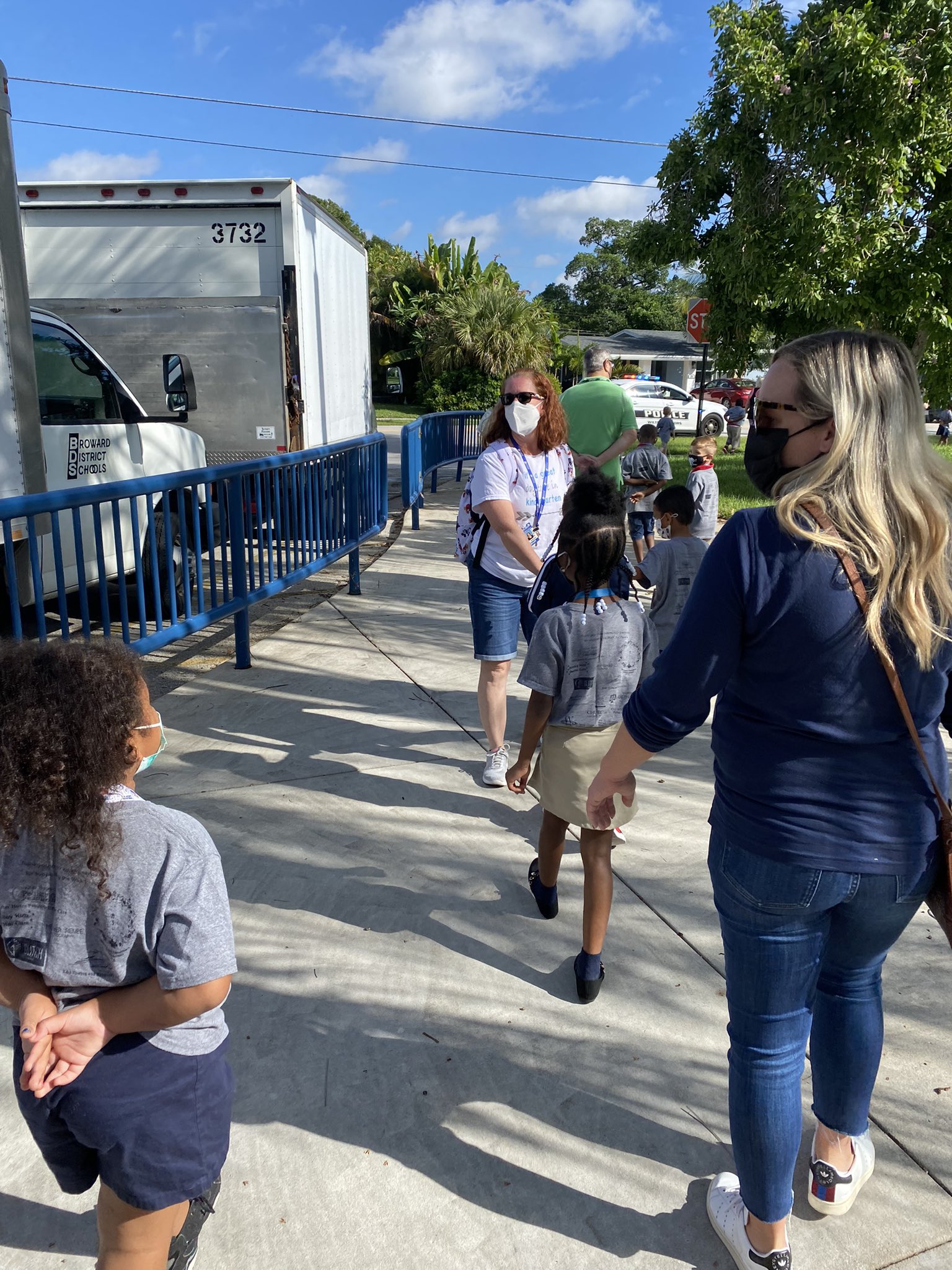 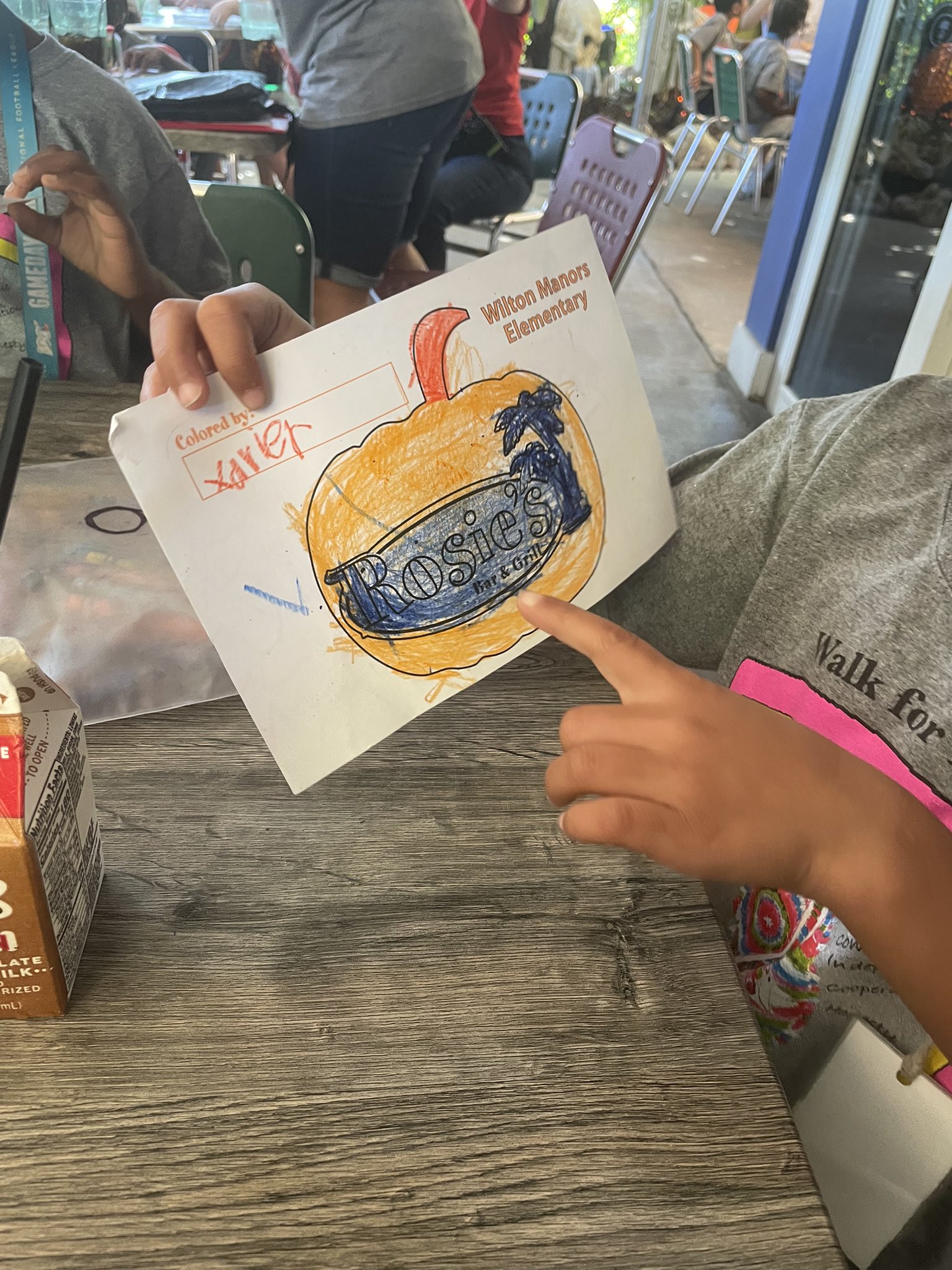 It was intended to inform the children how businesses in the local area operateCredit: Twitter / @bcpsleonardi

Moment surfer is surrounded by SHARKS while swimming in Florida