THE MODERNA coronavirus vaccine is now 94 per cent effective, new data has revealed.

US pharmaceutical giant Moderna is set to apply to US and European regulators for emergency approval of the jab. 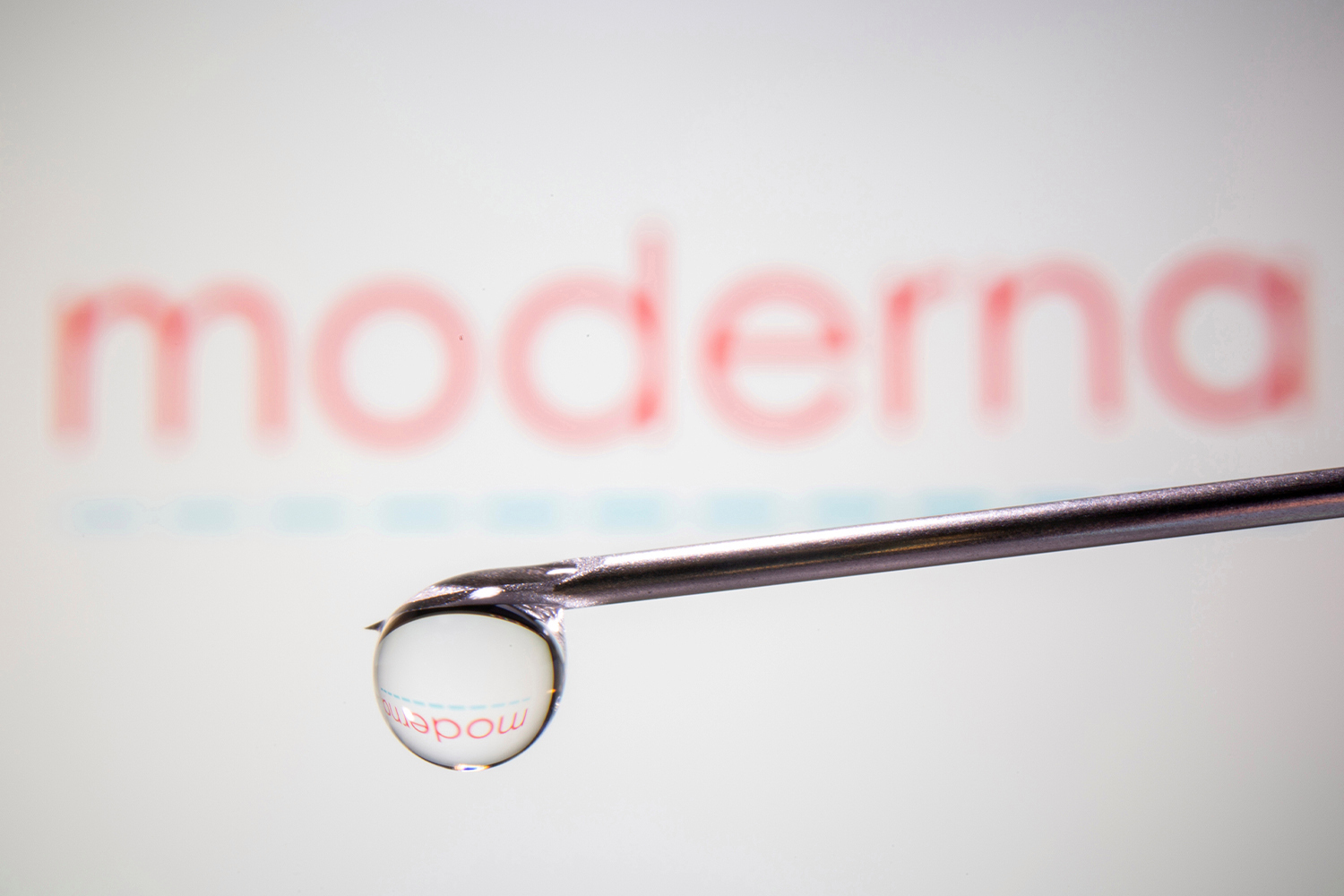 It comes after the UK government announced that it had secured two million doses of the Moderna vaccine.

Earlier this month the UK had failed to place any orders for the jab and ministers were left scrambling to secure doses.

The UK now has access to enough doses of Moderna’s vaccine candidate for around 3.5 million people.

On November 16 Moderna revealed that its jab is 94 per cent effective against the coronavirus.

Trials on more than 30,000 people found that only five given the Moderna jab developed Covid – none with severe symptoms.

In comparison, 90 people given a dummy vaccine fell ill, according to the US biotechnology company.

Moderna today announced that the vaccine is 94.1 per cent effective.

Data released today was based on 196 cases.

The study found that all 30 of the virus cases occurred in  the placebo group and none in the vaccinated group.

It added: “There was one Covid-19-related  death in the study to date, which occurred in the placebo group.£

The firm said it is planning to request Emergency Use Authorisation (EUA) from the US Food and Drug Administration (FDA) as well as conditional approval from the European Medicines Agency (EMA).

Experts have however warned that the results are “uncertain”.

Prof Stephen Evans, Professor of Pharmacoepidemiology, London School of Hygiene & Tropical Medicine said that while the best estimate is 94.1 per cent against all Covid-19 disease, the statistical uncertainty means that this could stand closer to 87 per cent.

He said: “This is of course, still a very good efficacy. Similarly, the 100 per cent efficacy against more severe disease is compatible with an efficacy of 90 per cent again, this is very good and is some evidence that severe as well as mild disease is prevented.

“There seems to be no evidence that efficacy is worse at older ages, though with only a total of 33 aged 65 and over, the uncertainty in these results on their own is considerable.

“The results from blood tests examining immunity may give a better idea of whether the vaccine truly is just as efficacious at older ages as at younger ones, but so far this is again encouraging.”

He added that careful follow up studies would be needed.

“The relatively minor adverse reactions, which are greater after a second than a first dose, are not a real concern.

“The absence of unexpected severe reactions in 15,000 approximately, who have received the vaccine is very good news also.

“This means that reactions that occur in more than 1 in 5,000 vaccinated are unlikely to occur.”

“It will be important to both be vigilant for these but also not to attribute coincidental events to being caused by the vaccine”, he said.

Moderna’s jab was also trialled on those most at risk of severe illness from Covid, including the elderly and ethnic minority groups – offering a boost that the vulnerable will be protected from the deadly bug.