MODERN Family’s Sarah Hyland is living her best life as she parties in a cheeky white bikini with fiancé Wells Adams and pals on a Mexican yacht.

The actress, 30, showed off her incredible figure as she frolicked in a tiny two piece on board the boat and paddle board. 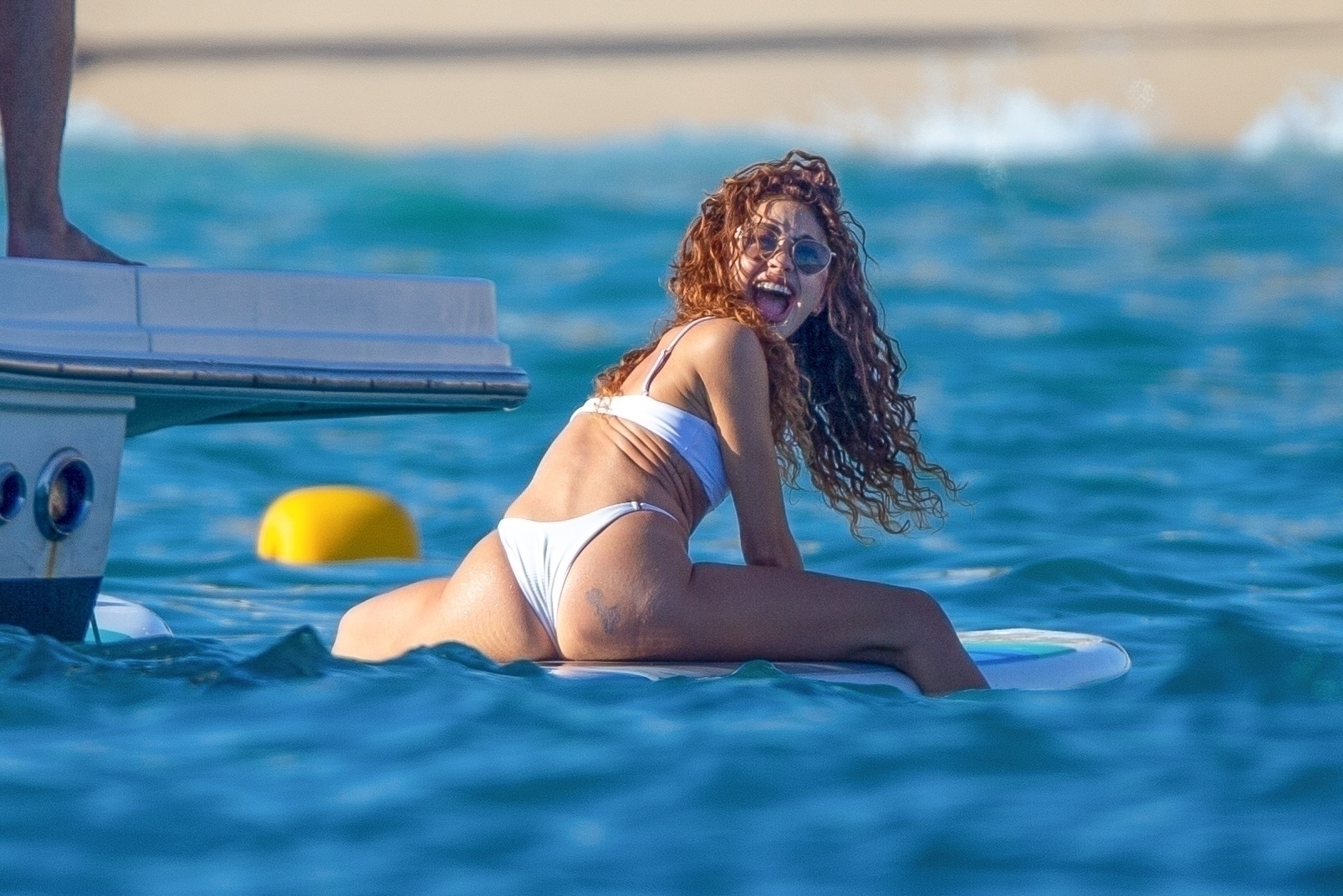 Sarah looked like she was having a great time as she made the most of being in the sun and sea with her palsCredit: BackGrid

The bikini featured a perilously high-rise front, which left nothing to the imagination, while Sarah left all inhibitions on land as she made the most of being on a boat with fiancé Wells Adams and a few friends.

The star, who is engaged to Bachelor in Paradise star Wells Adams was seen enjoying a drink as she twerked up a storm with her party pals.

At one point the svelte Modern Family alum broke up the dancing session with some yoga poses, looking delighted to pull off the tricky Warrior II pose.

Sarah looked like she was having a great time as she happily paraded her stunning figure, proudly showing off her kidney surgery scars. 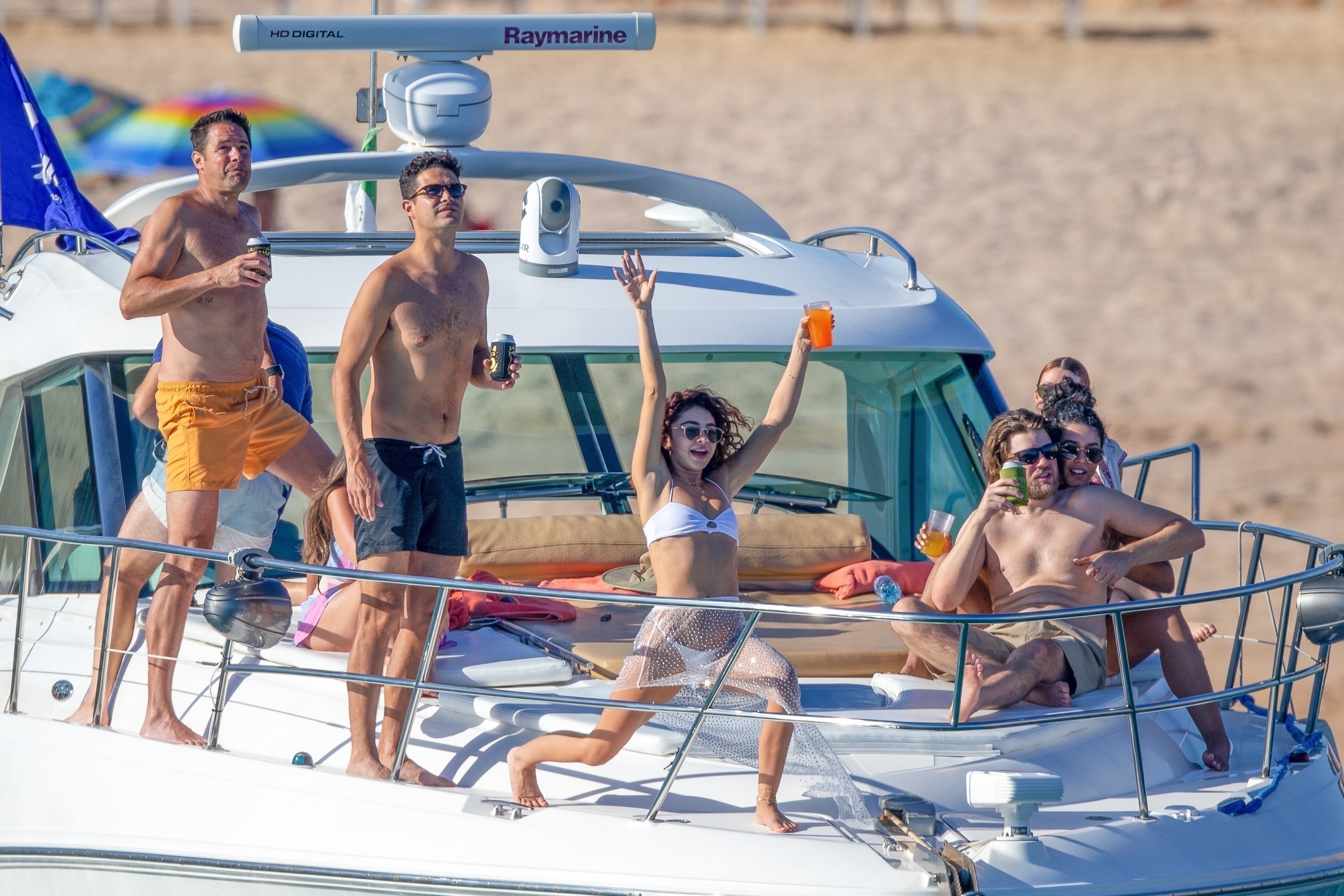 The actress pulled off some impressive yoga posesCredit: BackGrid 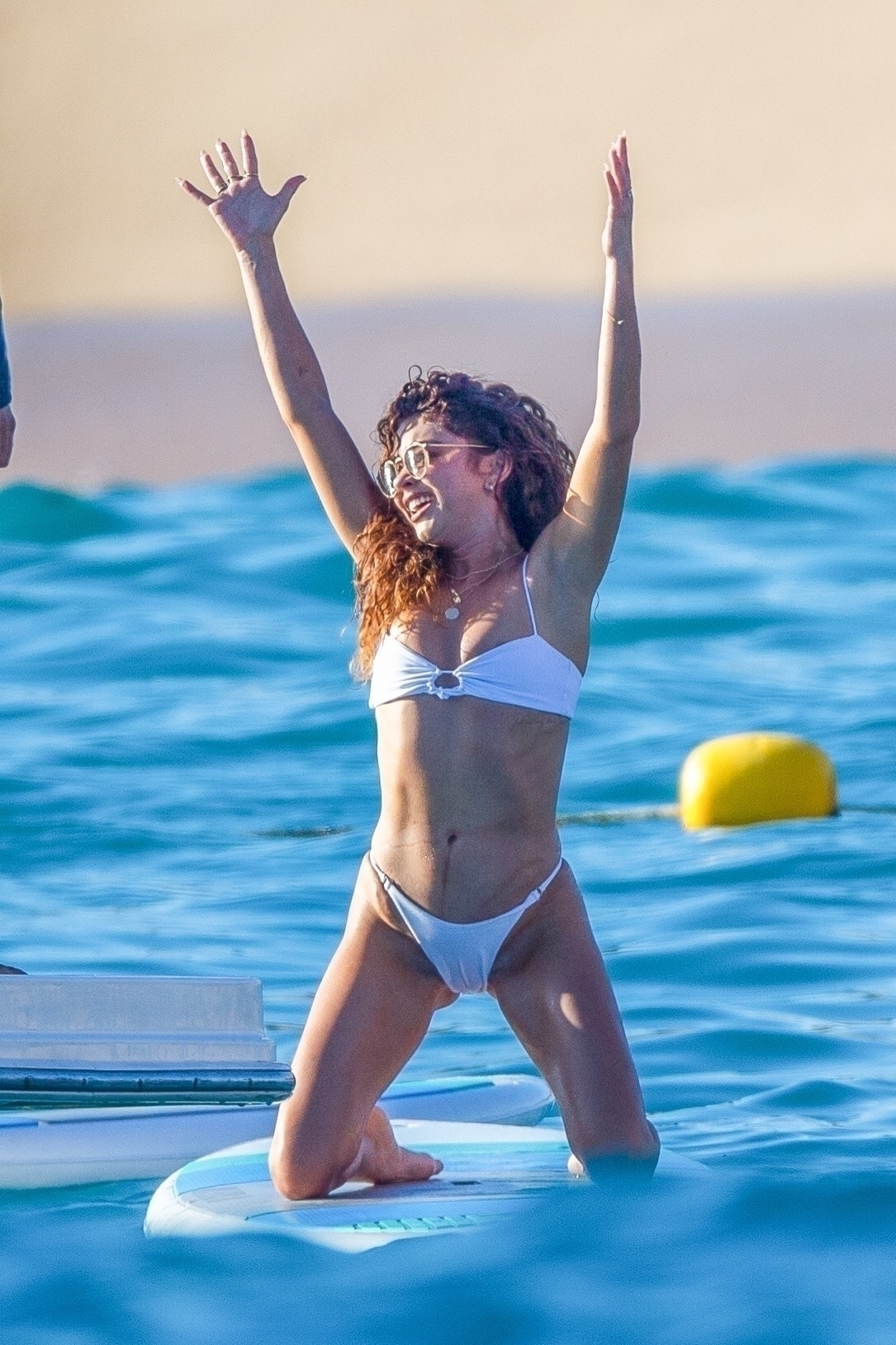 Sarah showed off her stunning figure and proudly displayed her surgery scarsCredit: BackGrid 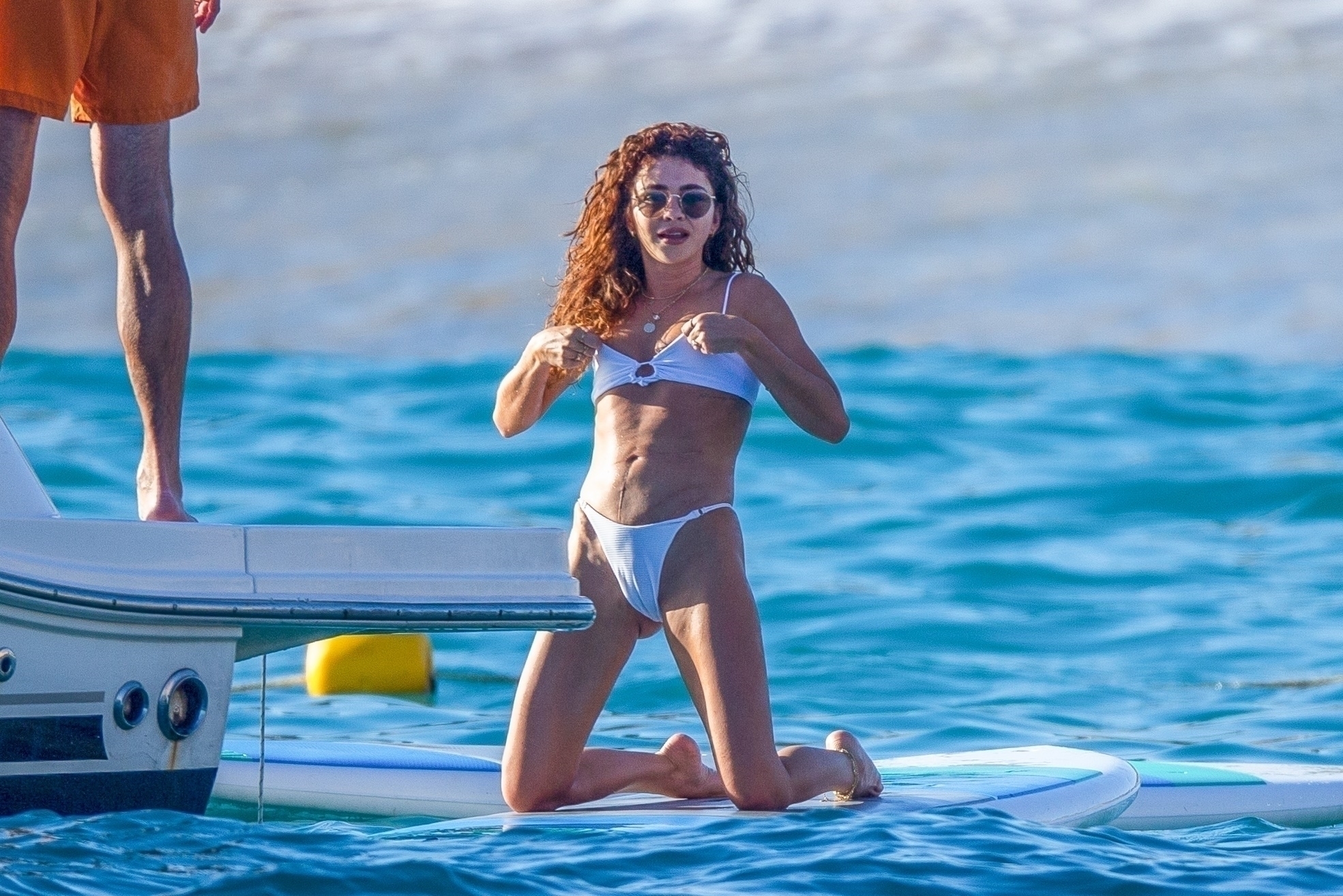 The hilarious beauty slipped into a tiny white bikini for her seaside funCredit: BackGrid

The 30-year-old has kidney dysplasia, which has seen her undergo 16 surgeries throughout her life.

When lockdown first came around at the beginning of the year the star admitted she was “panicked” as she is immunocompromised after two kidney transplants.

Her first kidney transplant was in 2012, with another five years later after the first one failed, leaving her vulnerable to the dangerous new virus.

Sarah has now admitted that she is concerned about the fact she faces a high risk if she catches COVID-19, as those with compromised immune systems suffer more severely and are more at risk of death. 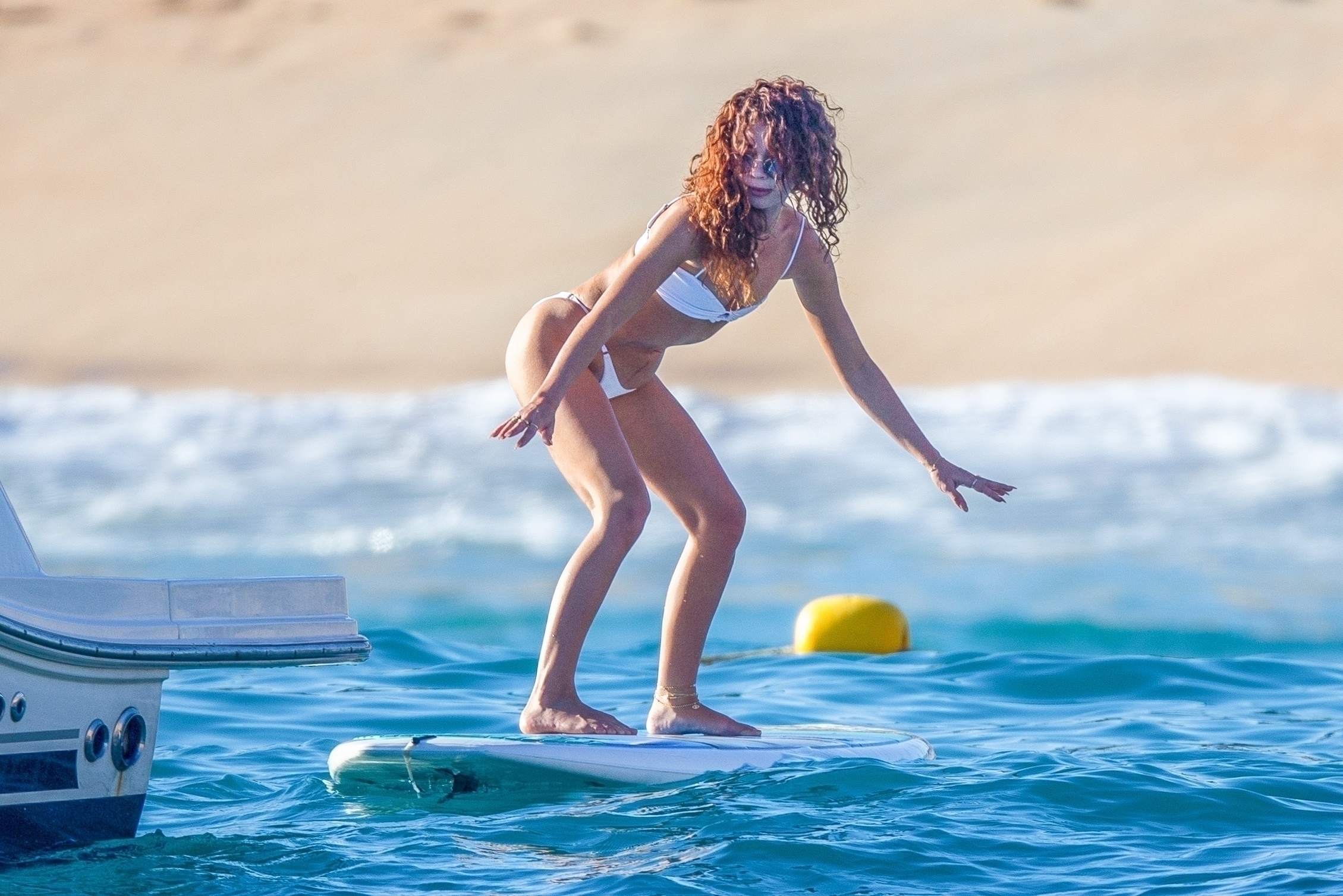 Twerking or surfing? Either way she looks great as she has some fun in the sunCredit: BackGrid 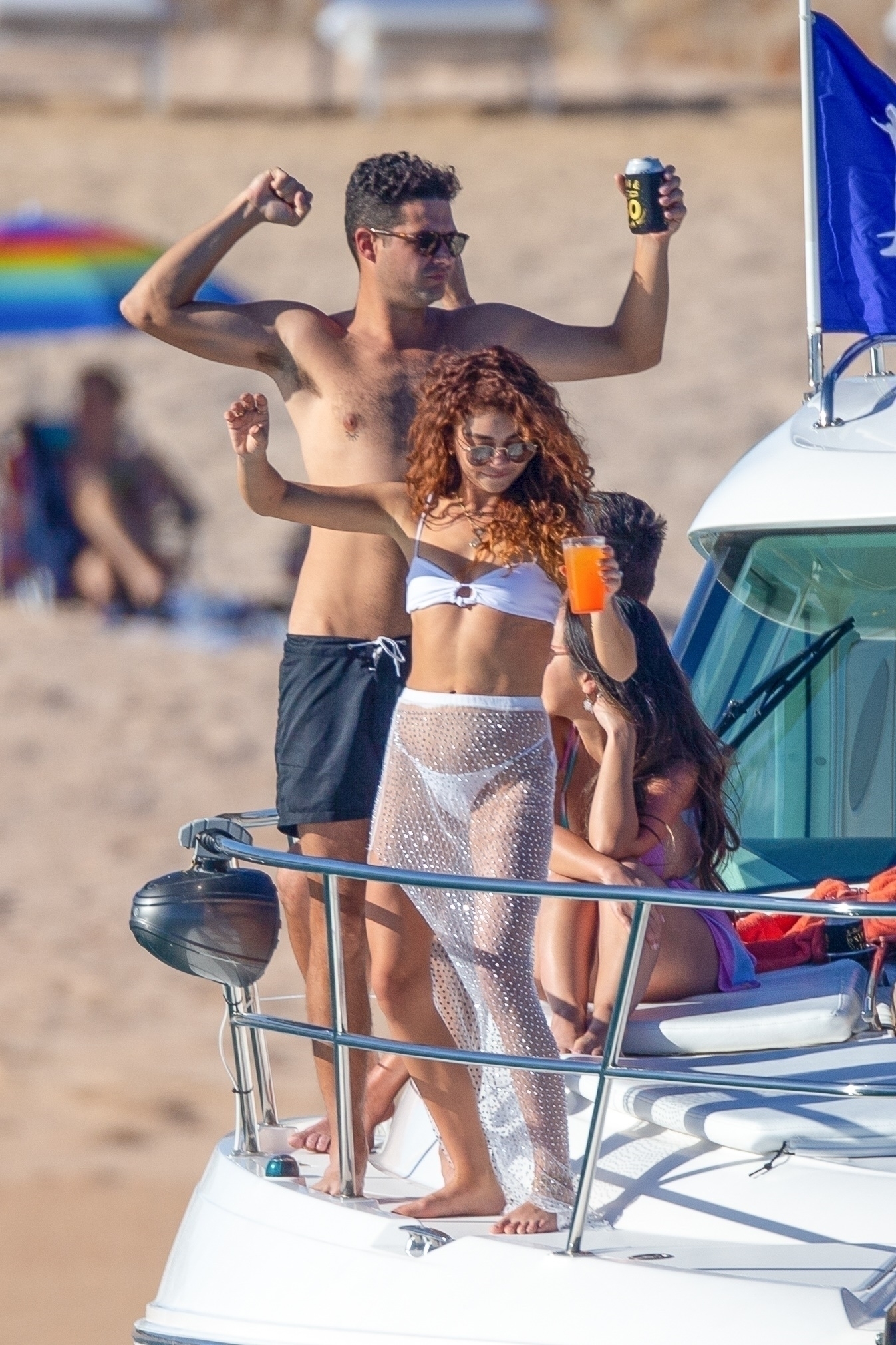 Sarah was pictured on board the boat with boyfriend Wells Adams, 36Credit: BackGrid 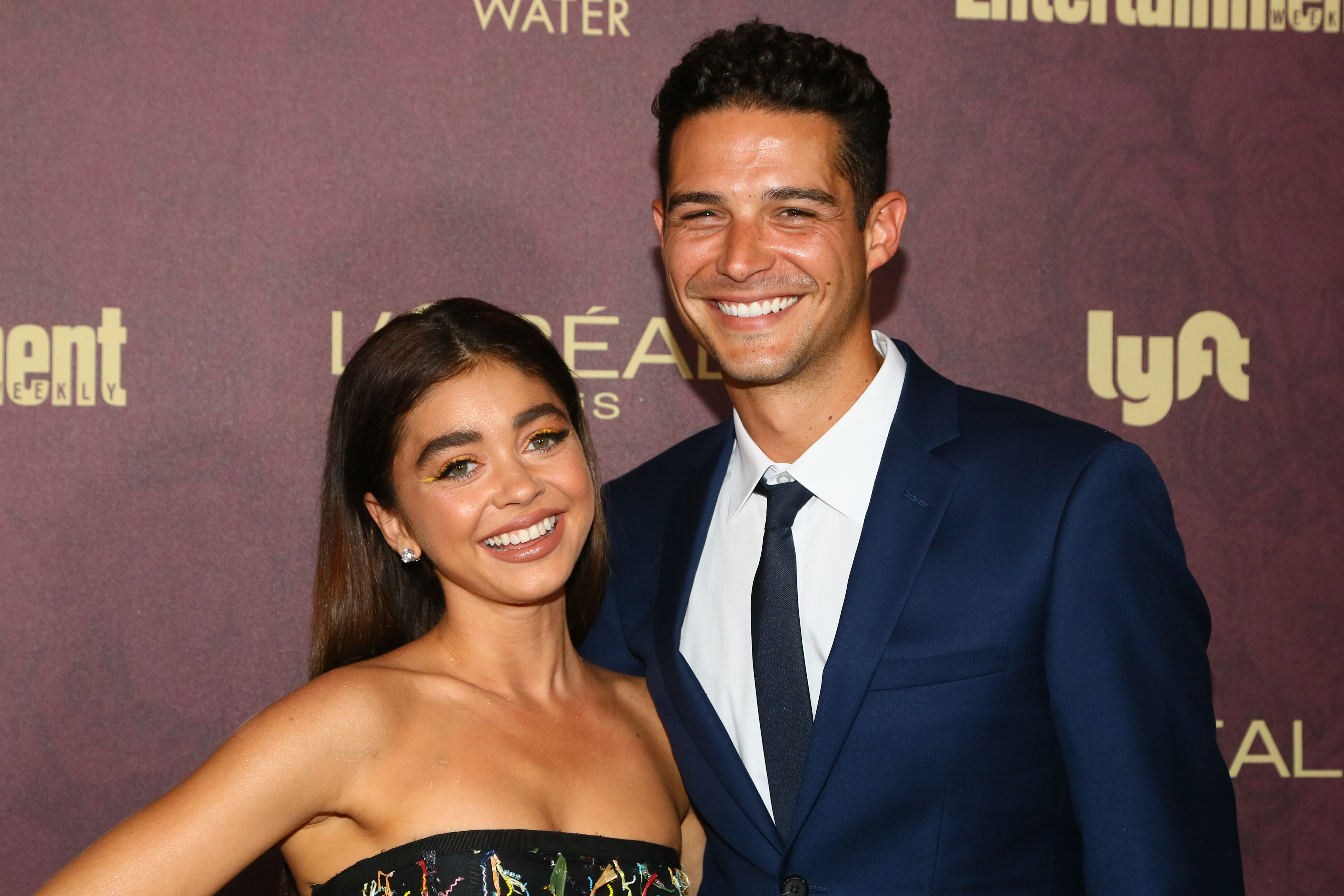 Speaking on the Brad Behavior podcast, the actress shared: “I am obviously immunocompromised with my transplant history, and am on immunosuppressants.”

She went on to explain that even a “24 hour bug” has a deep impact on her well-being, adding: “I get it for a week or more. For me, it’s really dangerous.

“My panic level is pretty high. But I also have a lot of health issues that are very susceptible to stress, so I’m trying to remain calm.” 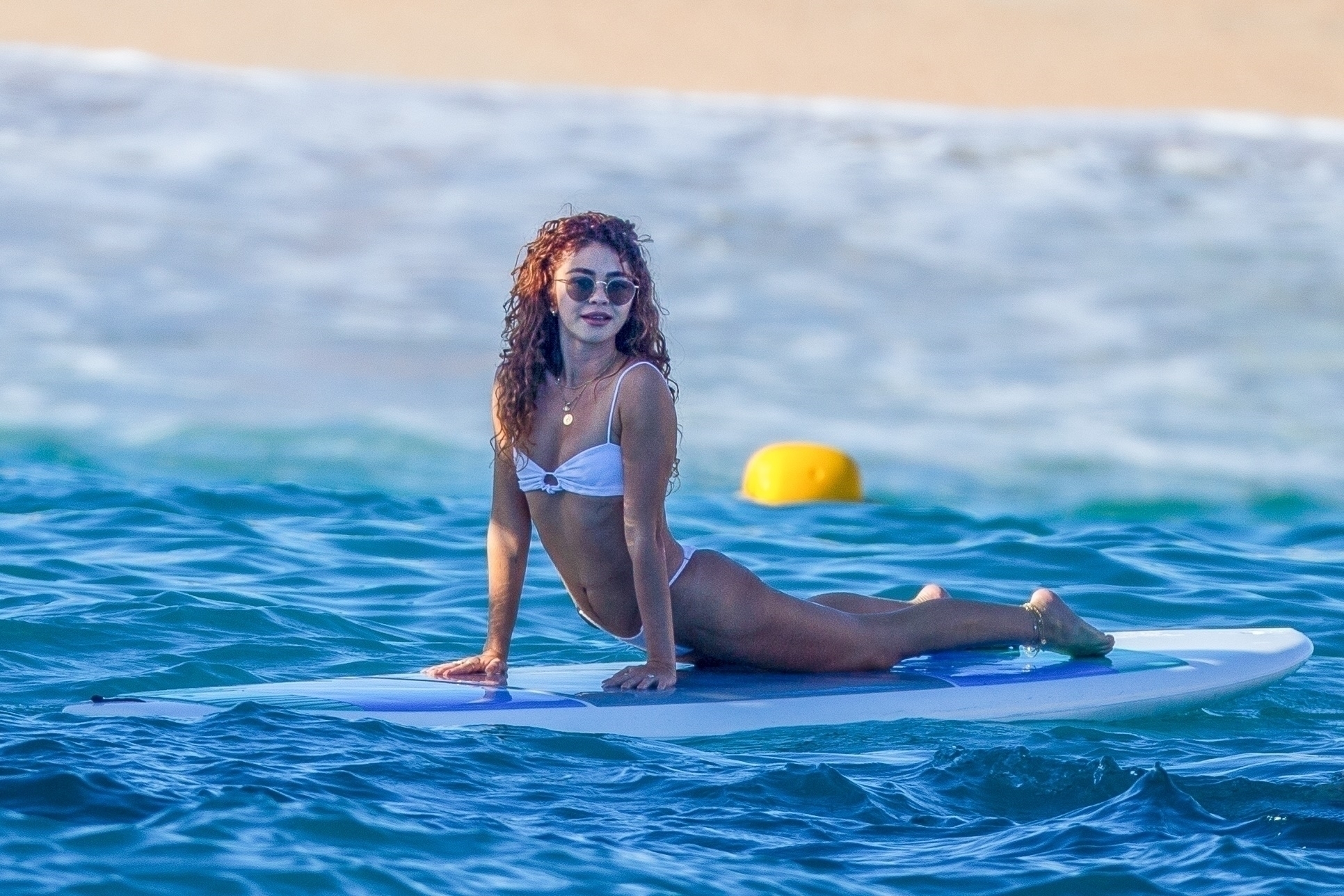 Sarah looked beautiful as she poured her curves into a white two pieceCredit: BackGrid 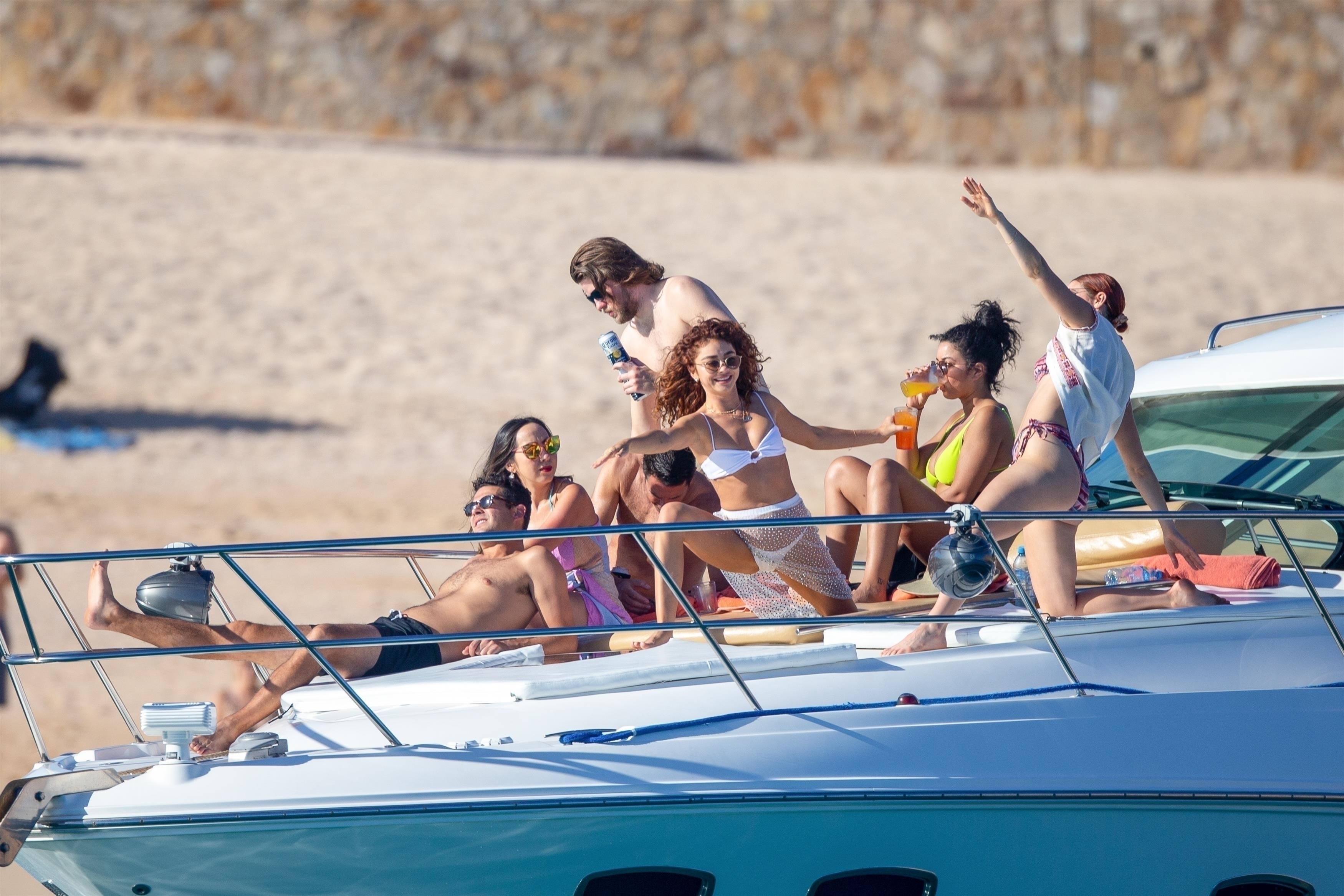 The actress was making the most of some much needed down time with friendsCredit: BackGrid 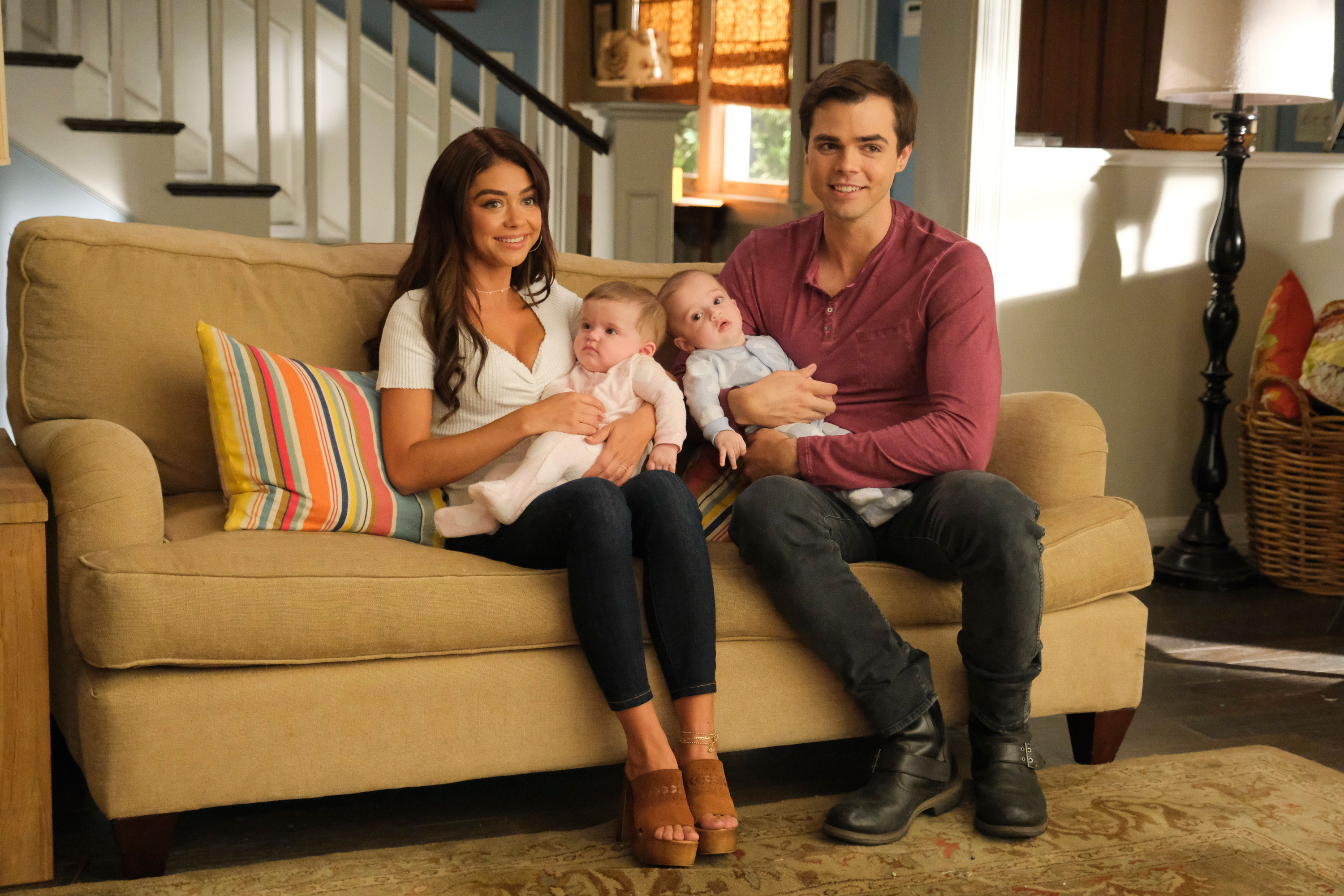 Sarah followed all medical recommendations to fight the risk of catching the disease by self-isolating at home, and wearing gloves and facemasks when she has to leave the house for doctor appointments.

The star also took to her Instagram Story to share a passionate plea about vulnerable people being allowed to stay home during the pandemic.

Admitting that she was “fortunate” to not currently be working, Sarah shared: “I feel like I have a responsibility to speak on behalf of the young and healthy looking immunocompromised people out there.

“I believe people in our positions should get paid time off right now, for we are the ones in danger. We are the ones who will become the number of deaths that are rising, that you see everyday. 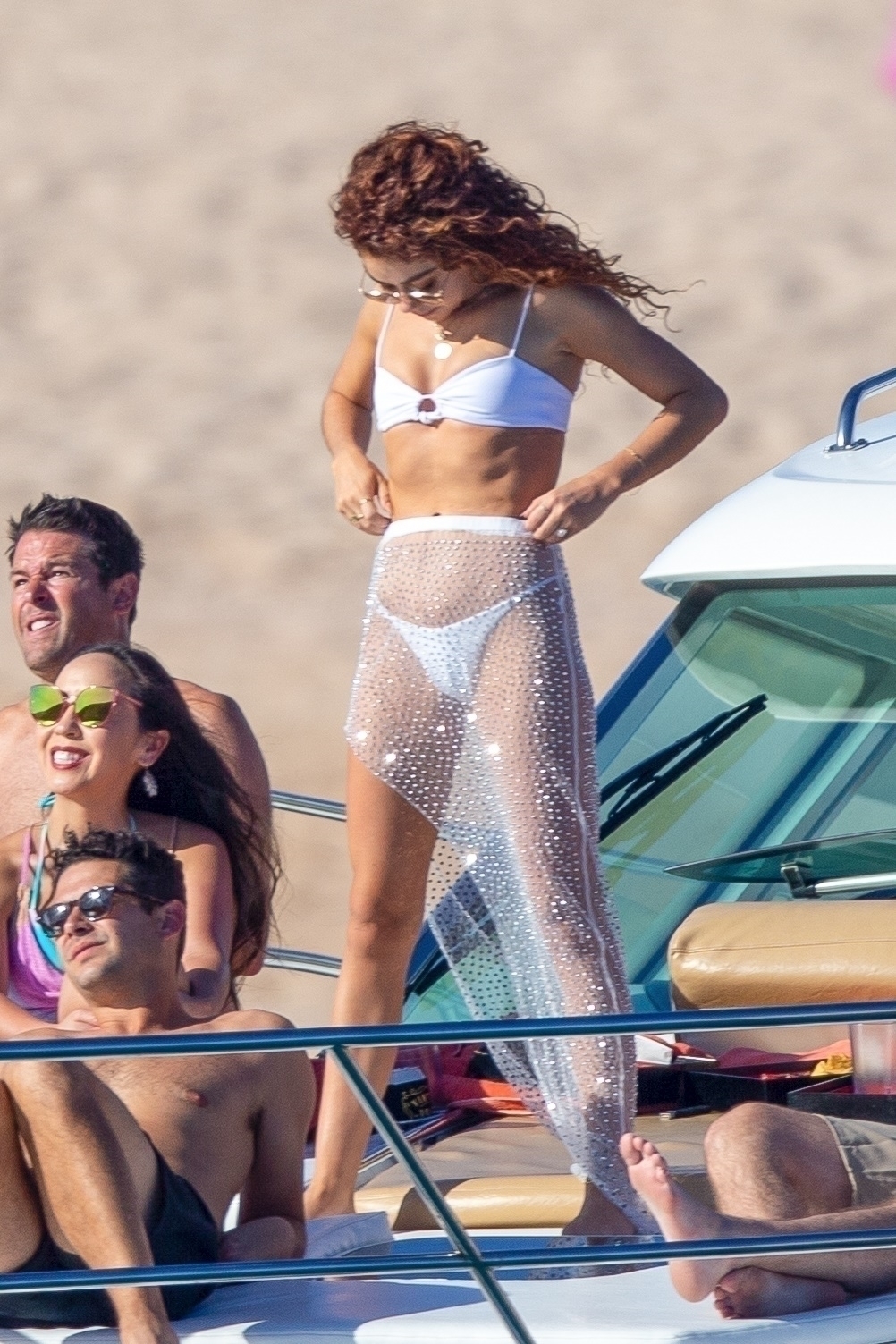 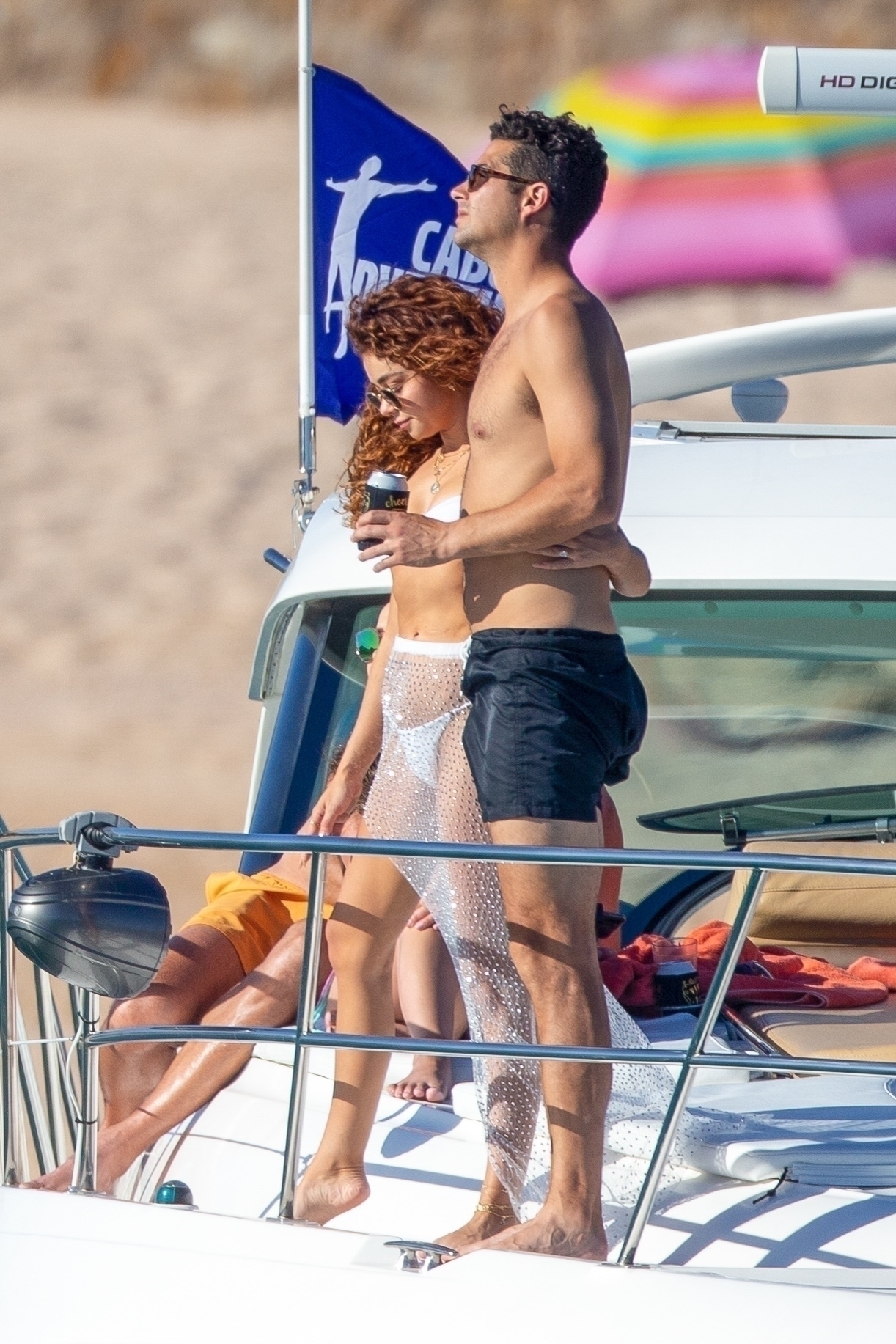 The loved-up couple looked like they were making the most of the relaxation timeCredit: BackGrid 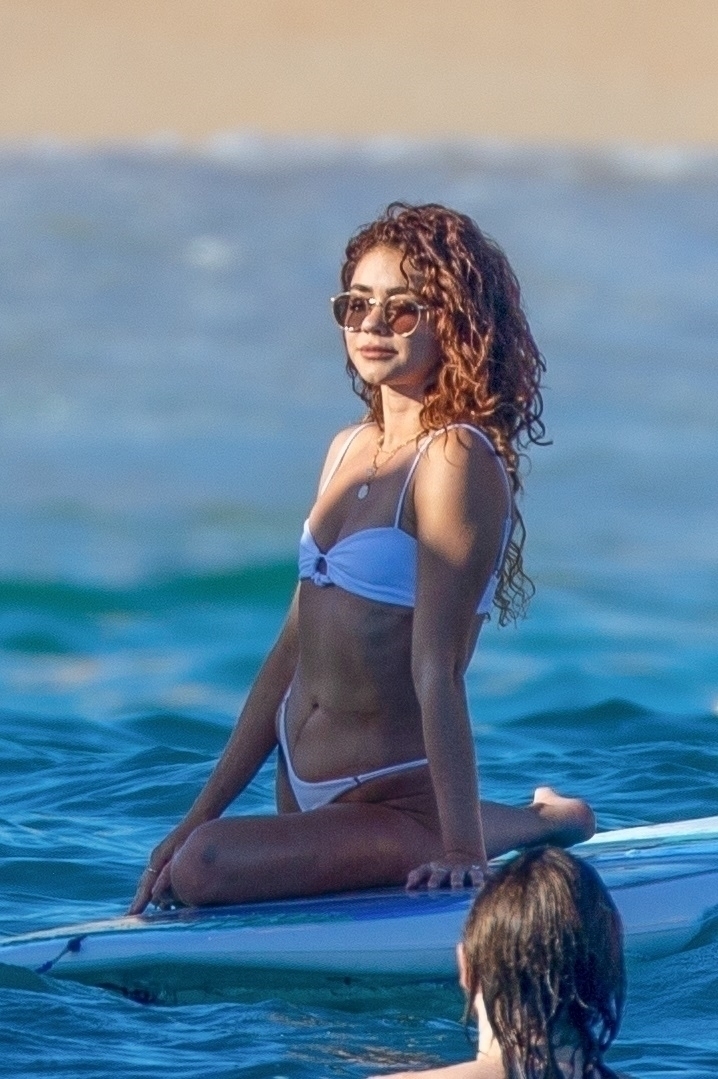 “I know it is a hard line in the sand to draw but I truly believe if we are going to beat this we need to be home.

“In order to defy the odds, the immunocompromised, and the elderly, and anyone in danger on a higher level than a normal, healthy person… You need to stay home.

“And for those who can’t afford to just stay home, they need to get paid time off. This is very, very important and the government needs to issue that.”

She added: “Something needs to be done to protect the people.”