ARSENAL boss Mikel Arteta is reportedly pushing for the club to make a move for Leicester midfielder Youri Tielemans.

The Belgian playmaker is out of contract at the King Power at the end of next season and has been linked with a transfer this summer.

Mikel Arteta is reportedly desperate for Arsenal to make a move for Youri TielemansCredit: Alamy

The likes of Real Madrid, Tottenham and Manchester United, as well as Arsenal, have all been touted as possible destinations.

Arteta though has urged the Gunners to table an opening bid of £25million for the 25-year-old, according to the Telegraph.

Leicester though could play hardball despite the dwindling months on Tielemans contract and demand over £30m for his services.

SunSport exclusively revealed it could take as much as £40m to prise him away from the East Midlands. 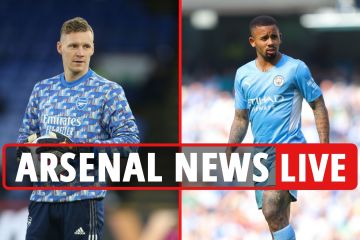 Spaniard Arteta has singled out Tielemans as one of his top summer targets and is claimed to have carried out a number of background checks on the midfielder.

He reckons Tielemans fits the profile to be a success at the Emirates.

Arsenal’s head of UK scouting James Ellis is said to have watched him on numerous occasions this season – including the final day 4-1 win against Southampton.

And while the Belgian international had been keen on playing in the Champions League, it is not thought to be a dealbreaker.

The Gunners missed out on a top four finish to bitter rivals Tottenham after losing two out of their last three Premier League games.

Selling Tielemans this summer instead of letting him leave for free next summer would enable the Foxes to strengthen themselves.

The player has turned down offers of a new contract but is not thought to be actively seeking a move away.

Tielemans has played 154 games for Leicester since signing from AS Monaco in 2019, scoring 24 goals and providing a further 24 assists.