OVER the years, Mike Tyson has enjoyed getting inked up.

Memorably, his most famous tattoo is his tribal design etched on the left side of his head. 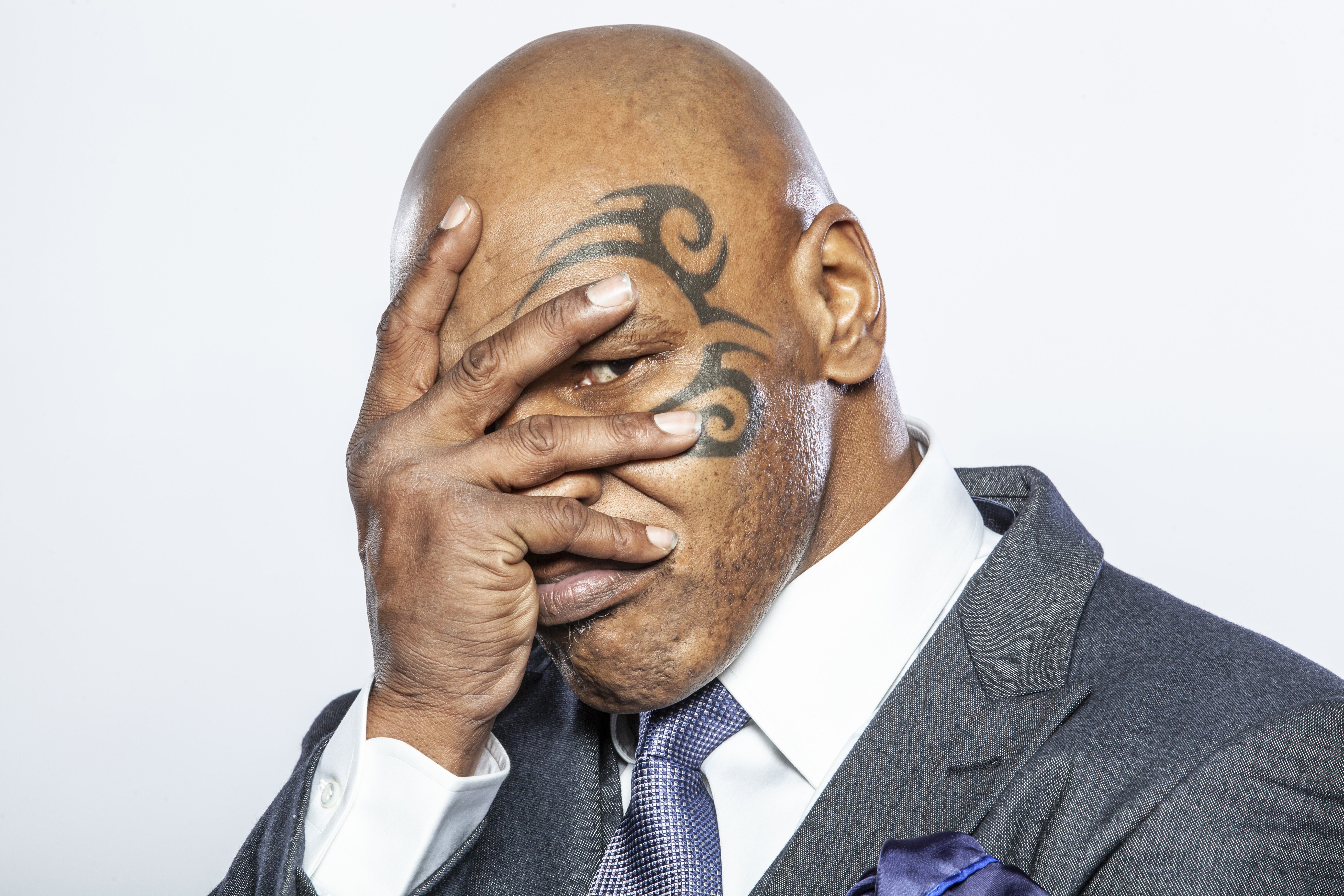 However, that could’ve been something completely different had the slugger had his way – read below.

In total, ‘Iron Mike’  – who makes his comeback this Saturday – has six tattoos – but what are they and what do they all mean?

In 2003, Mike, 53, went under the needle of renowned tattoo artist Victor Whitmill.

Originally, he wanted his face to be covered in heart tattoos – so he would be recognised as ‘The Man of hearts.’

However, Whitmill strongly advised against that idea and instead gave him the tribal design.

In the 2008 documentary ‘Tyson’ the former heavyweight champ says it represents his ‘warrior status.’ You wouldn’t argue with him.

In popular culture, it featured in The Hangover film – which Tyson starred in – on the face of dentist, Stu Price. 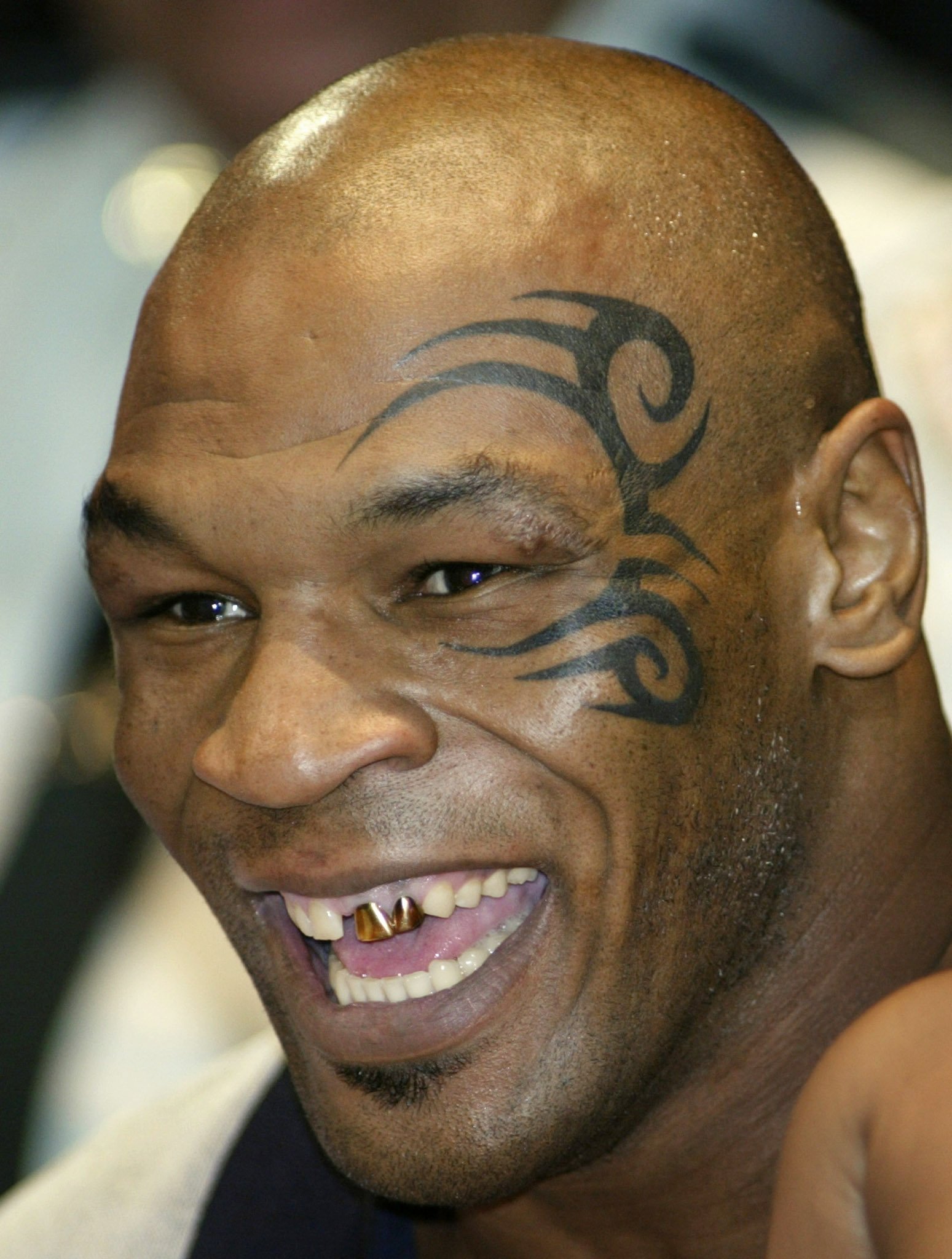 In 2003, Tyson got this tribal tattoo on his faceCredit: Reuters 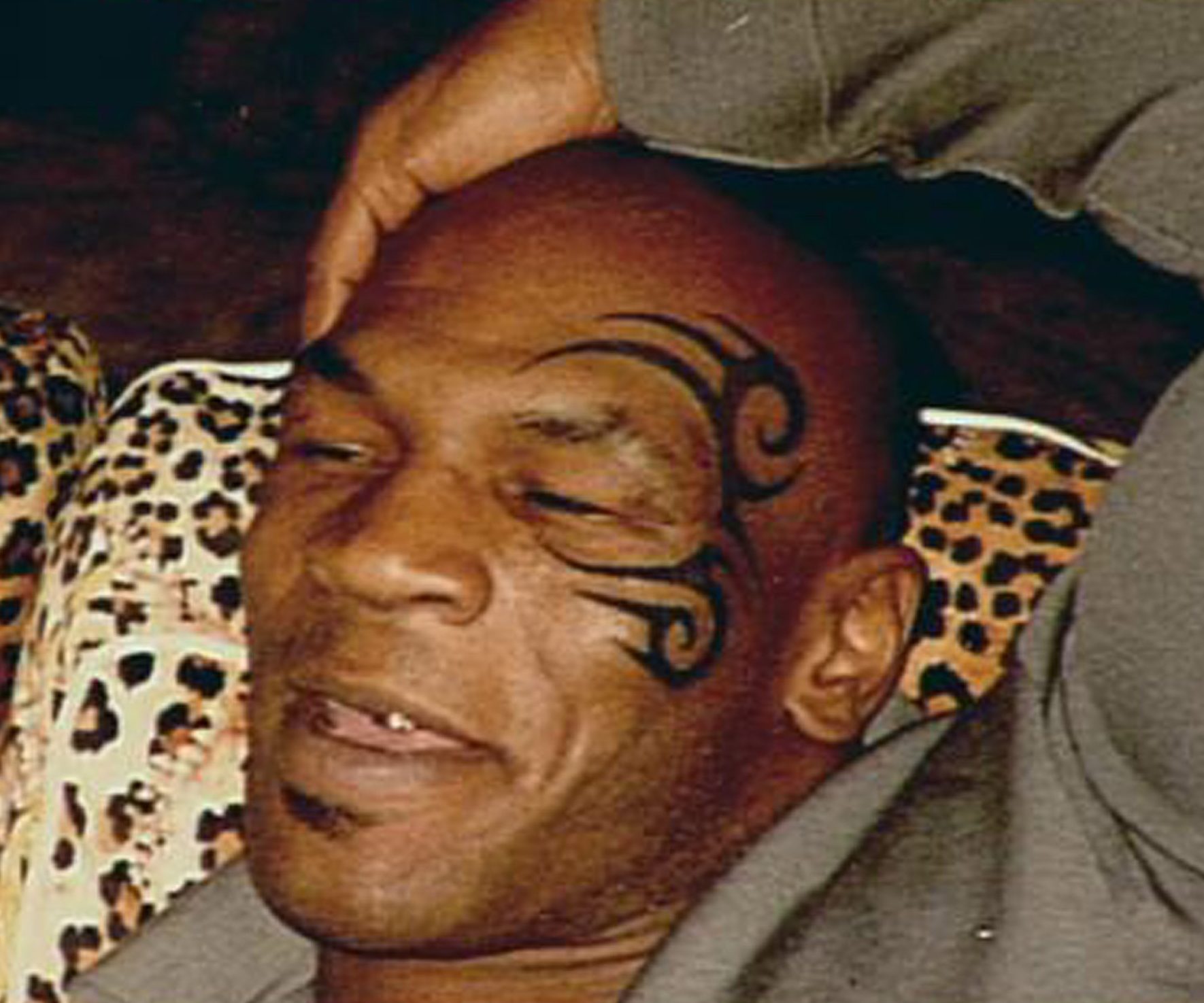 Why did he get a Chairman Mao tattoo?

On Tyson’s right bicep, is a tattoo of Chinese communist revolutionary, Mao Zedong.

When he was in prison serving time for rape, the fearsome puncher was said to have read up on Zedong’s politics and identified with them.

He wanted to feel less shallow, and is also said to keep a collection of ‘Chairman Mao’s’ writings.

Tyson got the tattoo in tribute to his new inspiration. 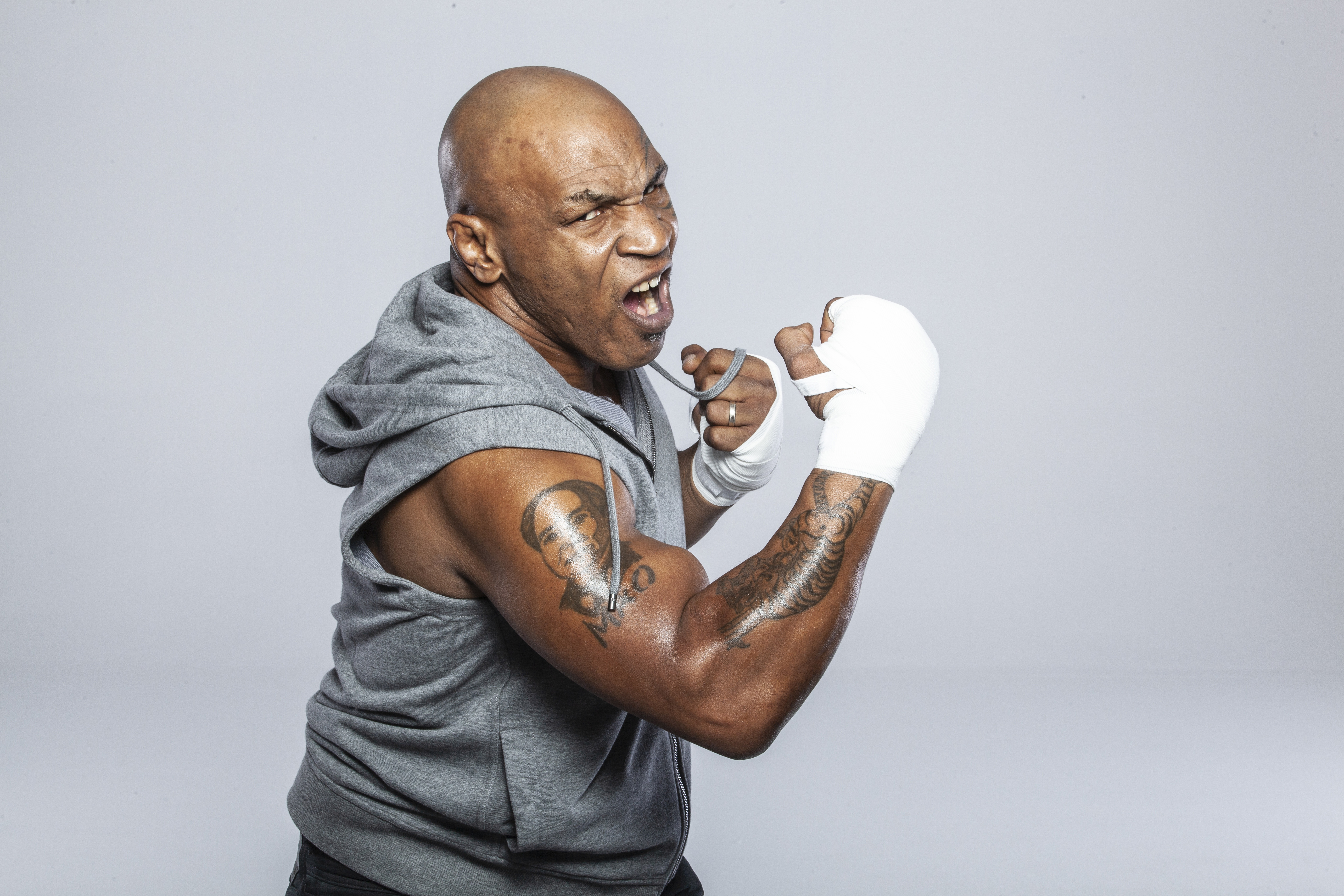 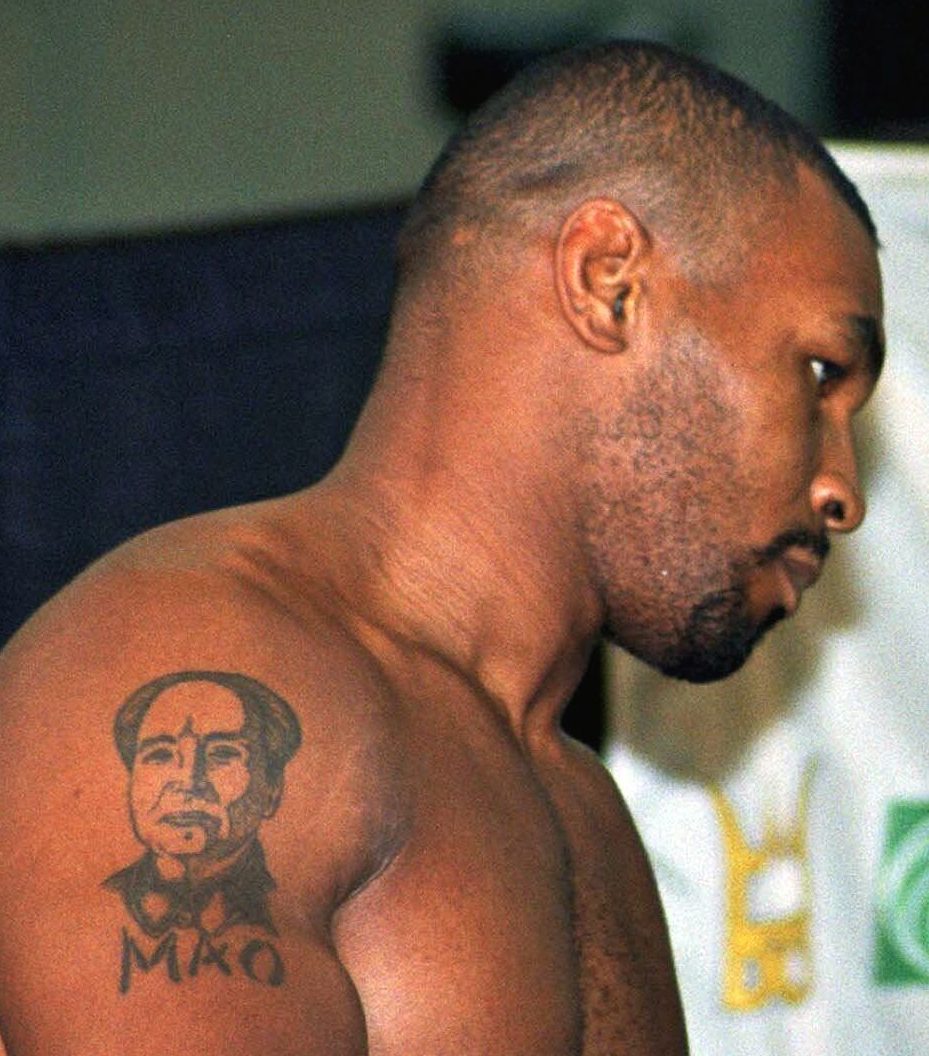 What about Che Guevara?

Tyson went one further than any East End hipster who may wear the image of the Argentine Marxist revolutionary on a T-shirt.

He got a tattoo of Che Guevara on his ribcage – complete with his famous beret.

Tyson was once asked why he decided on having Guevara tattoed on his body.

He said: “Che Guevara is an incredible individual. He had so much, but sacrificed it all for the benefit of other people.” 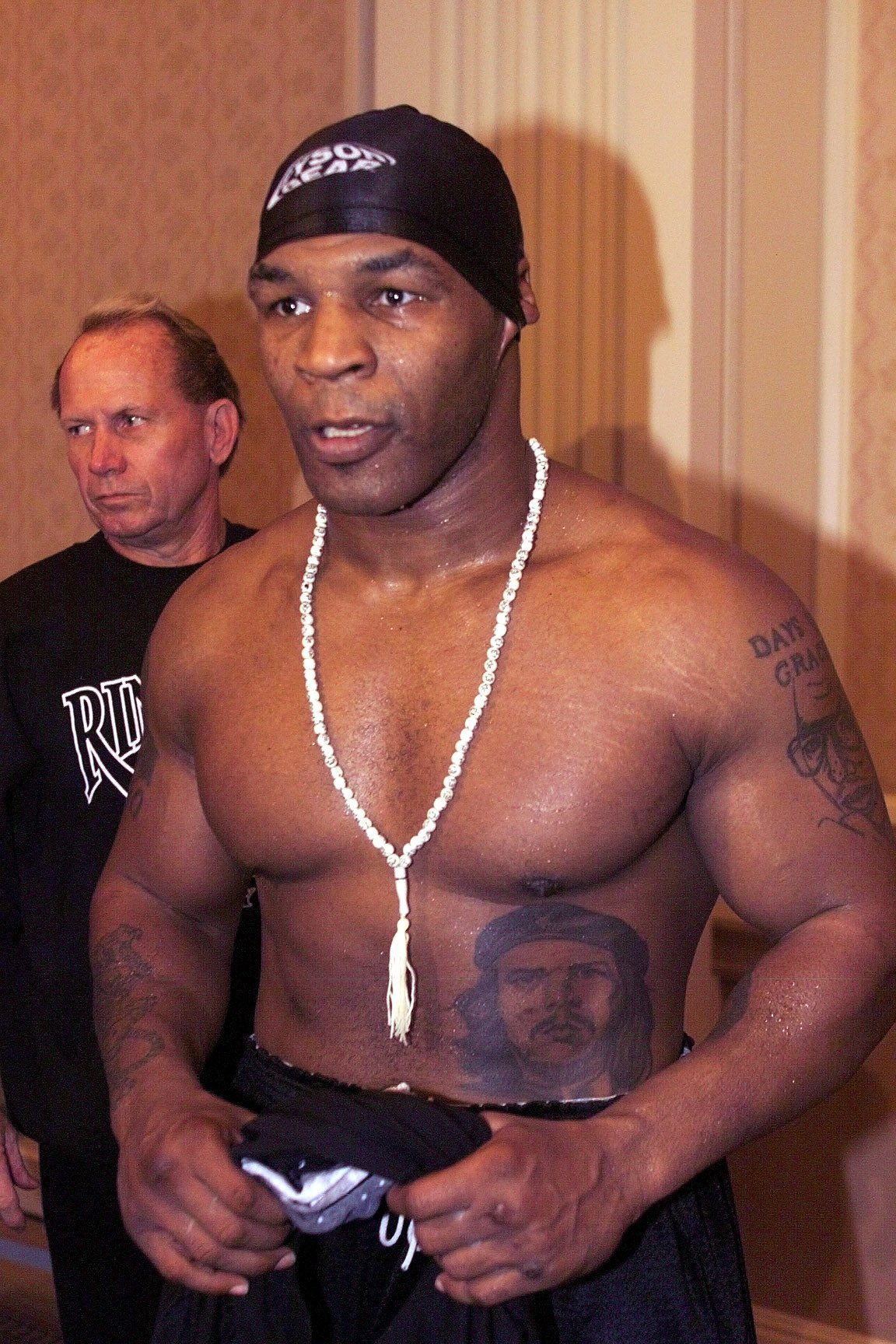 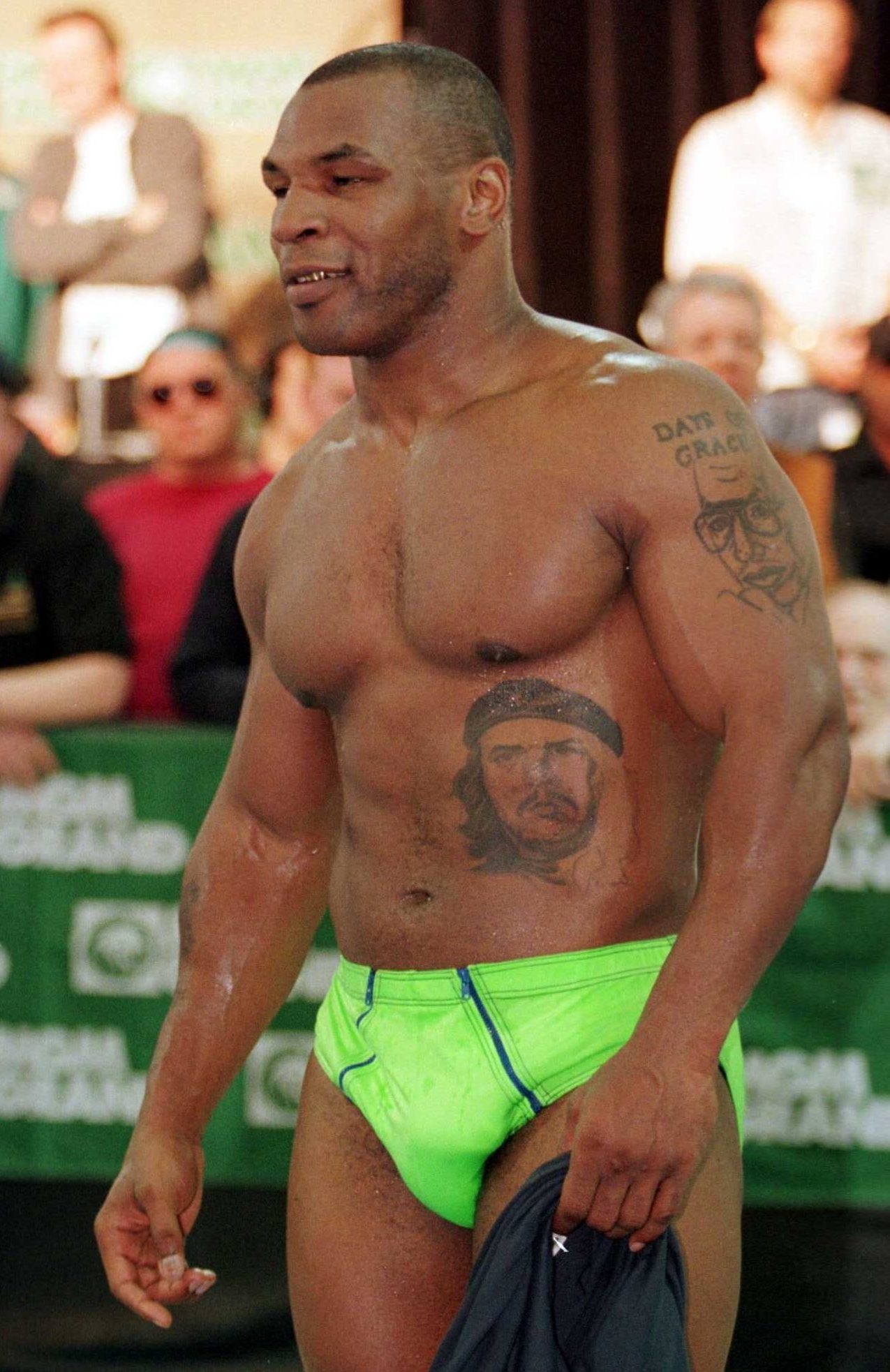 Tyson reveres Guevara for sacrificing all for the good of the peopleCredit: Allsport

When you love someone so much, it’s only natural that you want to show the world.

Tyson did just that with his ex-wife Monica Turner by getting her face tattooed on the left side of his forearm.

They married in 1997, but were divorced in 2002 after Turner claimed adultery during their five-year marriage. 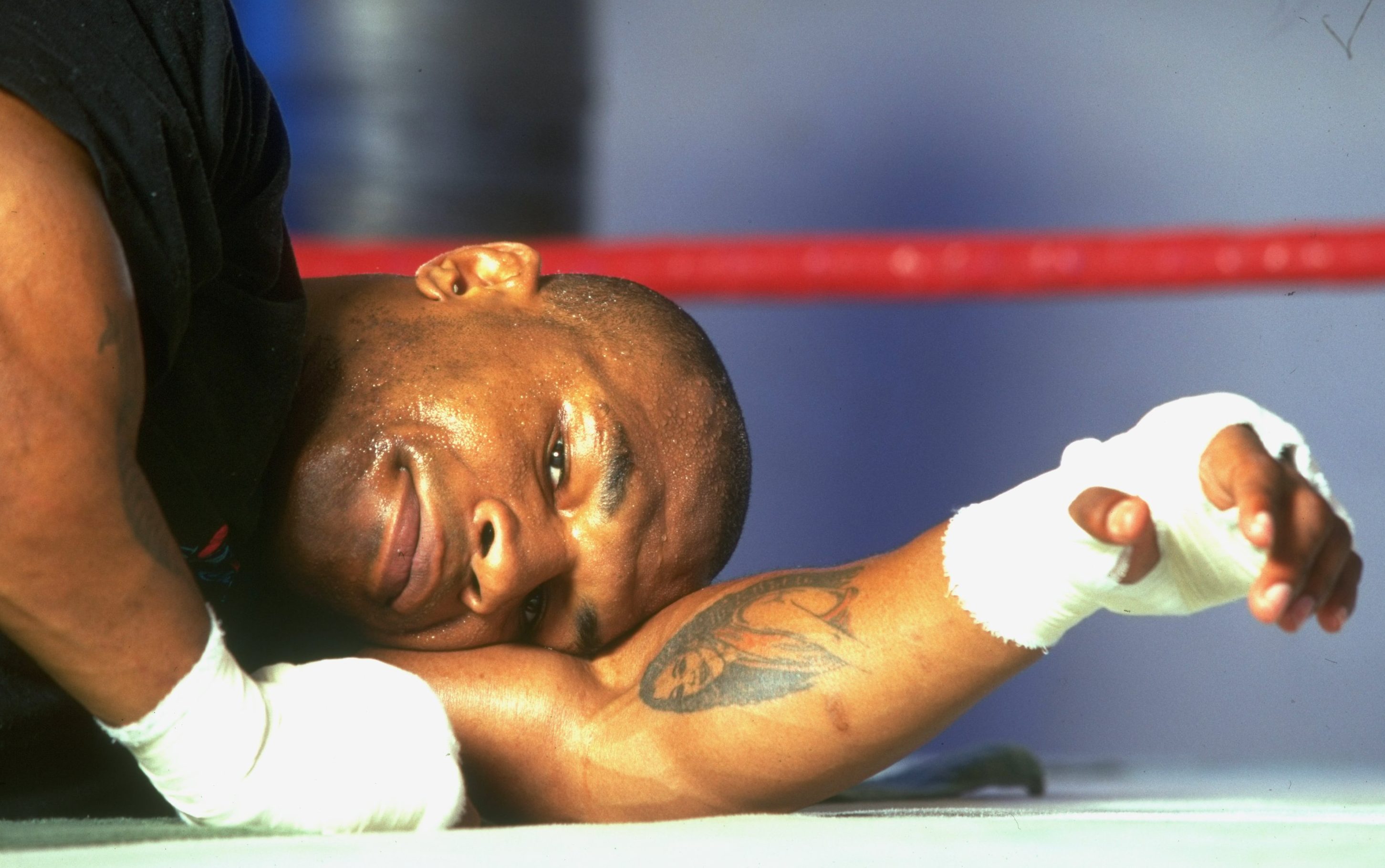 Tyson has a tattoo of ex-wife Monica TurnerCredit: Heinz Kluetmeier 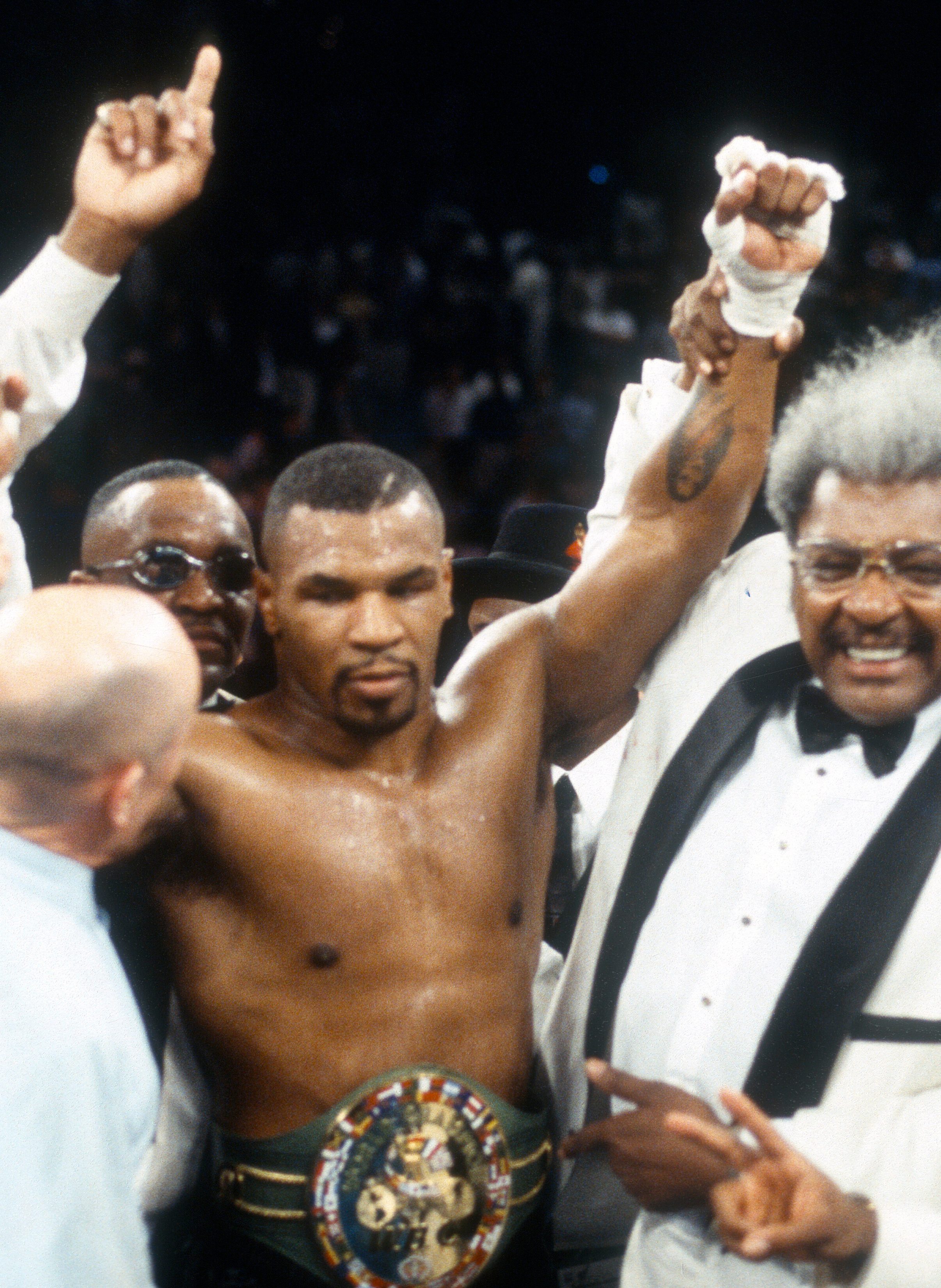 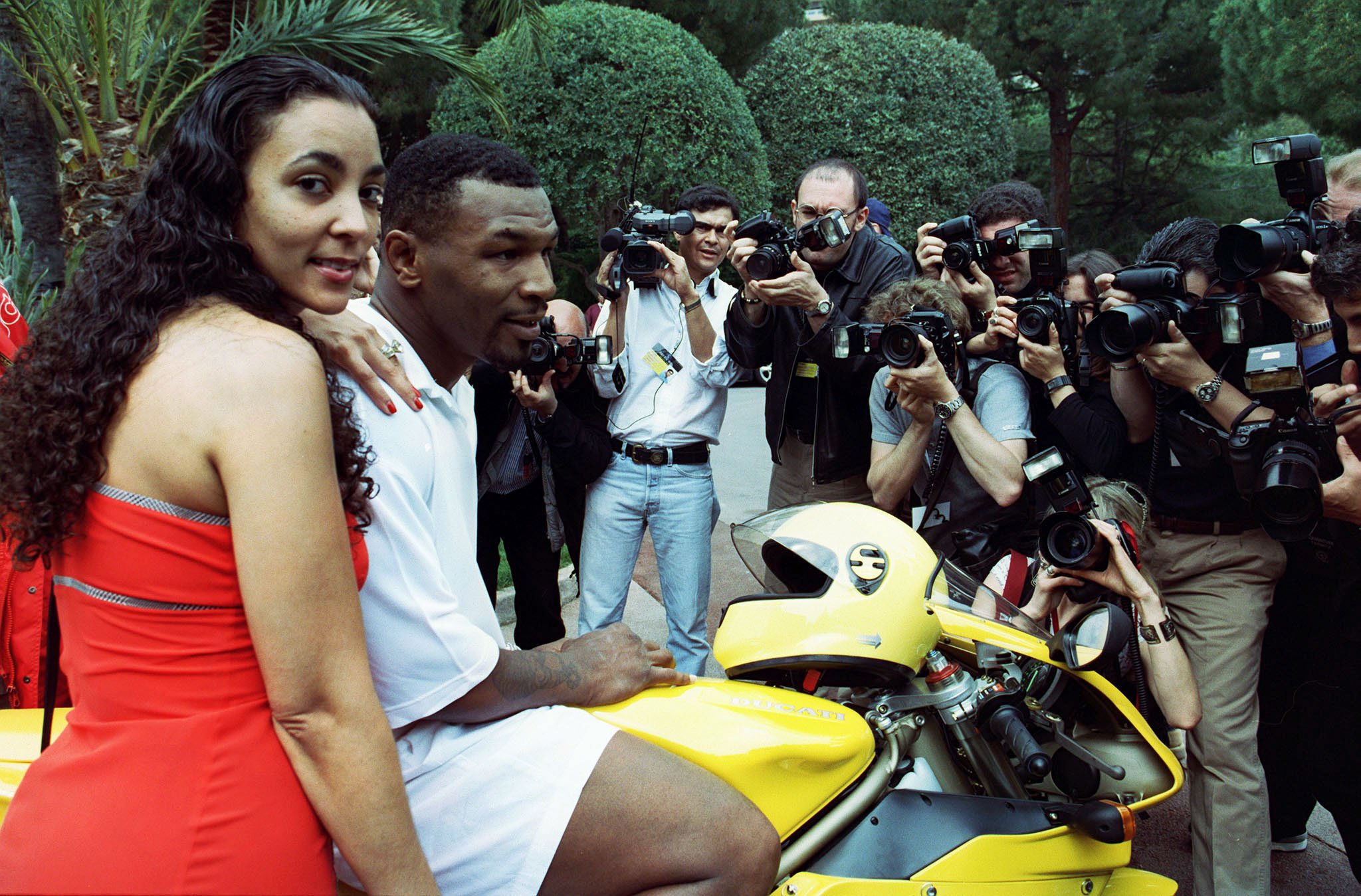 Monica Turner and Mike Tyson together in happier timesCredit: Reuters

On his right forearm, Tyson boasts a rather fetching dragon tattoo.

He hasn’t ever commented on it, but in Chinese culture the dragon represents strength, wisdom and freedom.

It’s the most popular creature that’s requested at tattoo studios, but we wouldn’t knock Mike for authenticity. 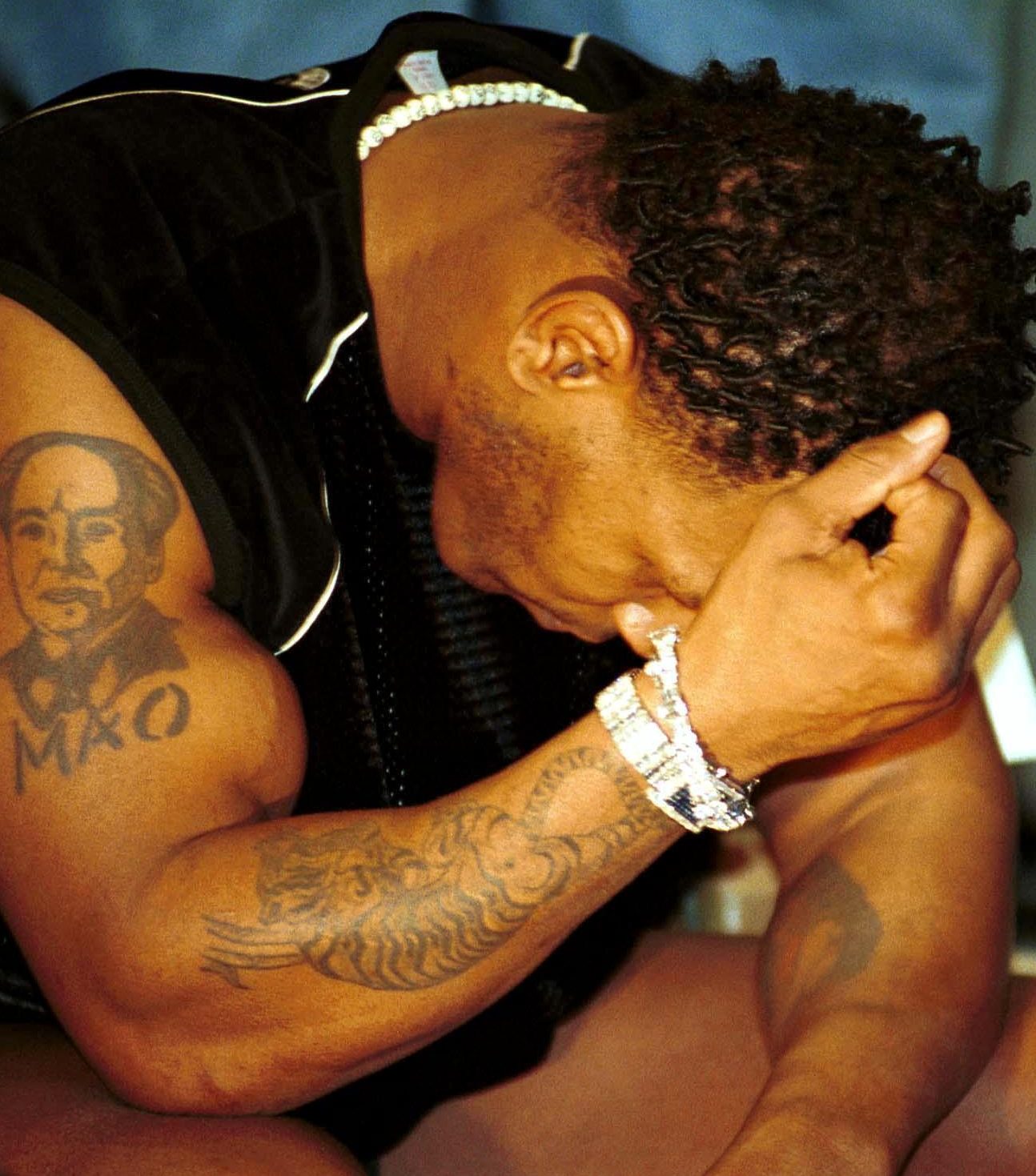 Next to his Chairman Mao tattoo is this fetching dragon on his right forearmCredit: Rex Features

Now, Tyson didn’t strike us as a tennis fan. But he does have the three-time Grand Slam winner Arthur Ashe on his right shoulder.

Scribbled above the image are the words, ‘DAYS OF GRACE’.

Outside of sport, Ashe was well known for supporting social causes and set up the Arthur Ashe Foundation for the Defeat of Aids.

Tyson, himself, has become an activist for a holistic lifestyle through his cannabis empire. 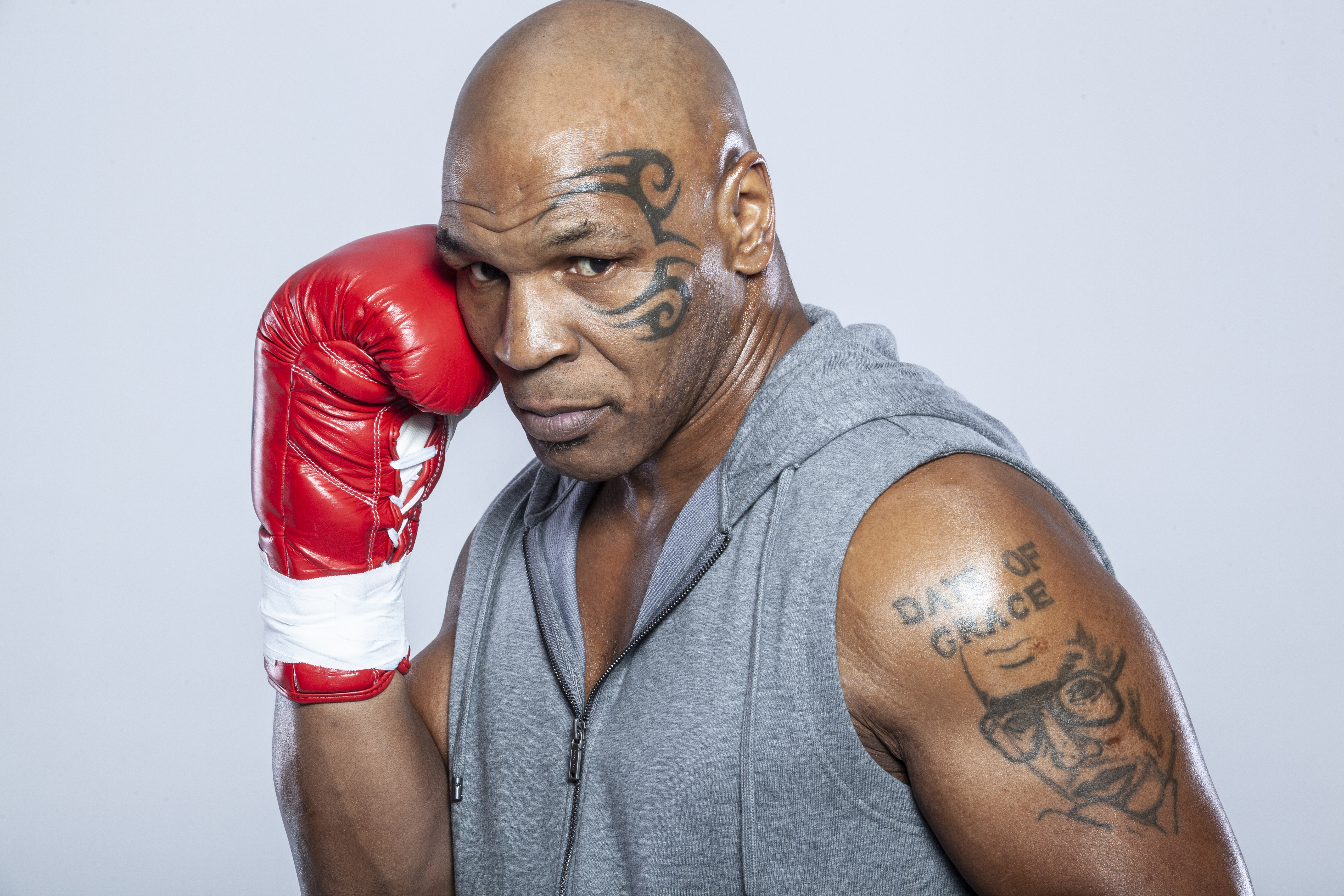 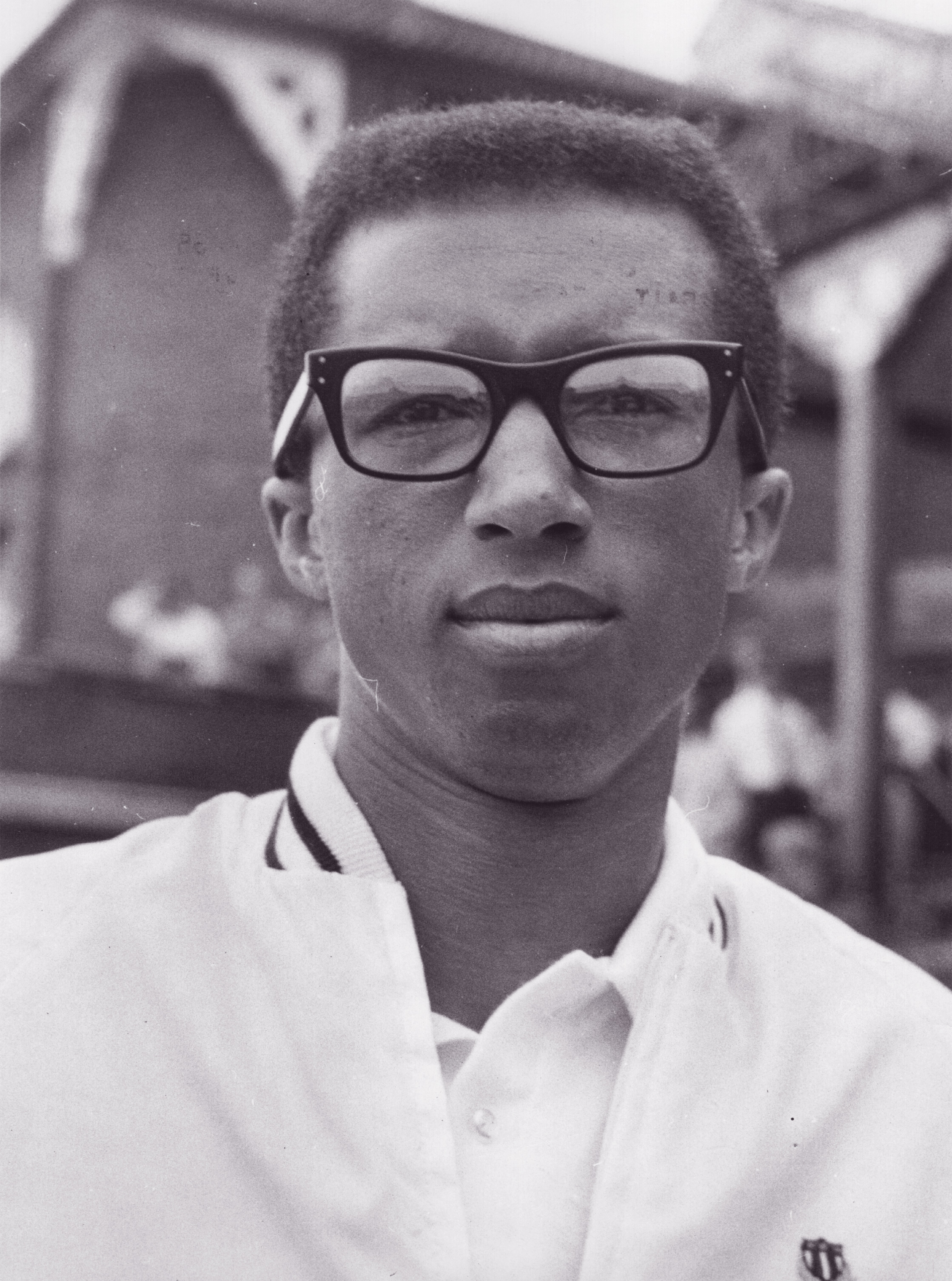