MIKE TYSON and Roy Jones Jr face off in an intriguing exhibition fight this weekend.

But what are the rules for the boxing spectacle? Is a knockout allowed and how many minutes will the rounds be? 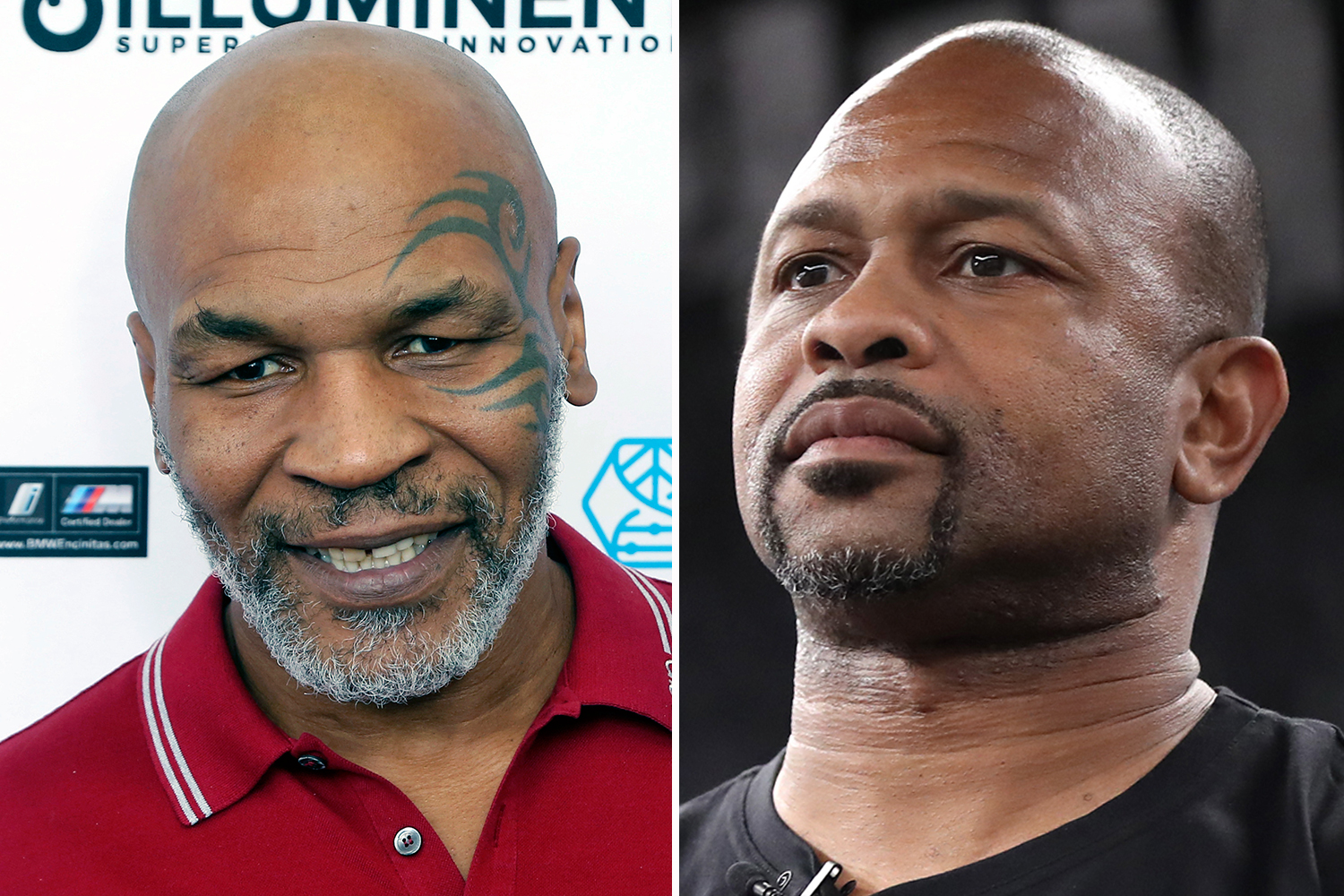 Mike Tyson and Roy Jones Jr do battle this weekend

What are the rules for Mike Tyson vs Roy Jones Jr?

With a combined age of 105, Tyson and Jones Jr do battle in Los Angeles on Saturday night.

They will fight over eight, two minute rounds, and will be wearing larger 12oz gloves.

The fighters will not be wearing headgear.

Men’s boxing bouts usually run over three minute rounds and both stars have expressed their dismay at the shorter rounds.

Jones Jr said: “I’m not happy at all. 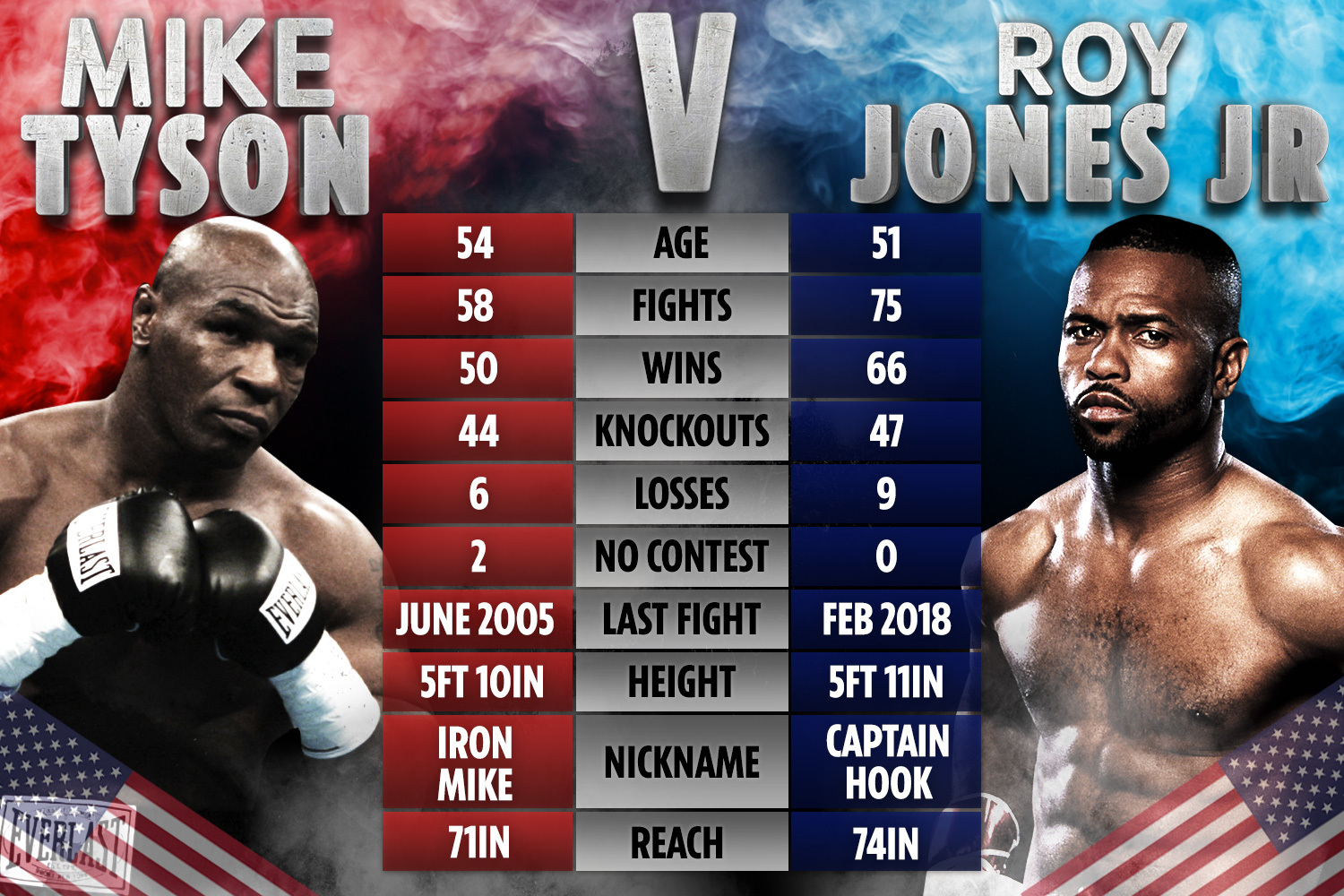 “Like [Tyson] said, that’s for women. I kept fighting until the last minute, saying, ‘Why we fighting two-minute rounds?’ I don’t understand that. We’re not women. We’re two of the best to ever do it.

“So, for us, what difference does it make? Two minutes doesn’t do anything for him or for me. To be honest with you, it cheats the fans out of it.”

In addition, the California State Commission have said that if either boxer is cut or injured the fight will be stopped, though it remains to be seen if referee Ray Corona will choose to halt it. 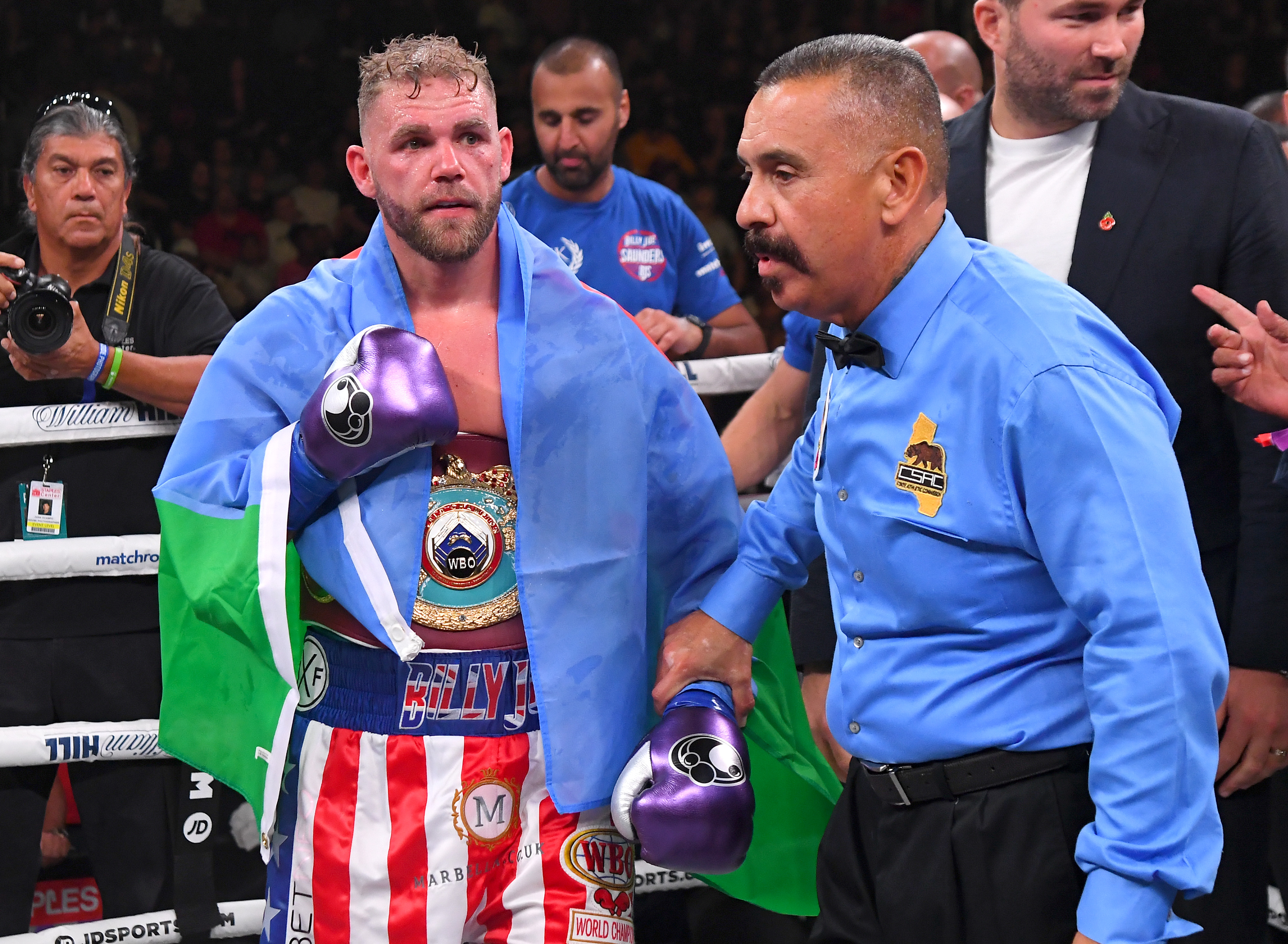 Referee Ray Corona will be the man in the middle

The World Boxing Council have created the WBC Frontline Battle Belt to give to the winner, and have former WBC champs Christy Martin, Vinny Pazienza and Chad Dawson scoring the fight remotely should it go all eight rounds for the organisation to decide a victor.

Is a knockout allowed?

Technically yes, although the legends have been urged NOT to go for a K.O.

The California State Commission have deemed it a bout for the greats to “exhibit” their boxing skills.

UFC boss Dana White was flabbergasted after hearing the rule, saying: “There’s no knockouts? They’re not allowed to knock each other out? How do you enforce that?

Both fighters have said they are gunning for a K.O on Saturday night, and it will come down to the referee’s discretion to step in if he sees fit.

“They can exhibit their boxing skills, but I don’t want them using their best efforts to hurt each other.

“They’re going to spar hard, but they shouldn’t be going for a knockout. This isn’t a record-book type of fight. This is not world-championship boxing right now. It’s not what this is. People shouldn’t be getting knocked out.

“The public can see what kind of shape Roy and Mike are still in.

“I’m sure there are going to be times where it heats up. Ray’s [Corona, referee] job is going to be to put the ice back on without having to kill the whole thing. He’s that kind of referee. I feel that he’s going to be good at that, and he’s the right guy for this kind of a fight.”

Jones Jr: “First of all, if you think you are going into the ring with Mike Tyson, the last guy [Corey Sanders] that did an ‘exhibition’ with Mike [in 2006] got dropped in the first round.

“If you don’t know that, then something is wrong with you. Who goes into the ring with the great, legendary Mike Tyson and thinks, ‘Oh, this is going to be an exhibition?’ 12-ounce gloves? No headgear? Really? This is an exhibition? Come on, man. Be for real’.”

When is Mike Tyson vs Roy Jones Jr?

Who is on the Tyson vs Jones Jr undercard?

YouTube star Jake Paul leads the way on the four-fight card when he takes on ex-NBA star Nate Robinson.

How can I watch Tyson vs Jones Jr?

BT Sport Box Office will be showing the card in the UK. With the event starting from 1am GMT.

In the US, watch the show on Fite.TV and the Triller app.

See how a couple live full-time out of a $40,000 converted Mercedes Benz Sprinter van with a full bathroom and kitchen

Lust vs. love: Common signs and how to tell the difference

Paris Hilton called out for doing IVF so she can have boy, girl twins