MELANIA Trump joined Donald on stage at the final presidential debate wearing a Covid mask, in her first public outing since her diagnosis.

Melania was seen in her first public outing since she was diagnosed with coronavirusCredit: Getty Images – Getty

Melania wore a boxy black ensemble as she walked to meet her husbandCredit: Getty Images – Getty

Melania walked on stage, and stood by her husband’s side.

She wore a black ensemble as she greeted her husband following his debate with Biden.

She donned a black tea-length dress, with a belt and matching heels.

The First Lady was seen wearing a black mask as she stood by the president’s side.

Trump did not wear a mask, although his Democratic rival Joe Biden and his wife, Jill did.

The president revealed he and Melania tested positive on October 2.

She was seen wearing a black face maskCredit: AP:Associated Press 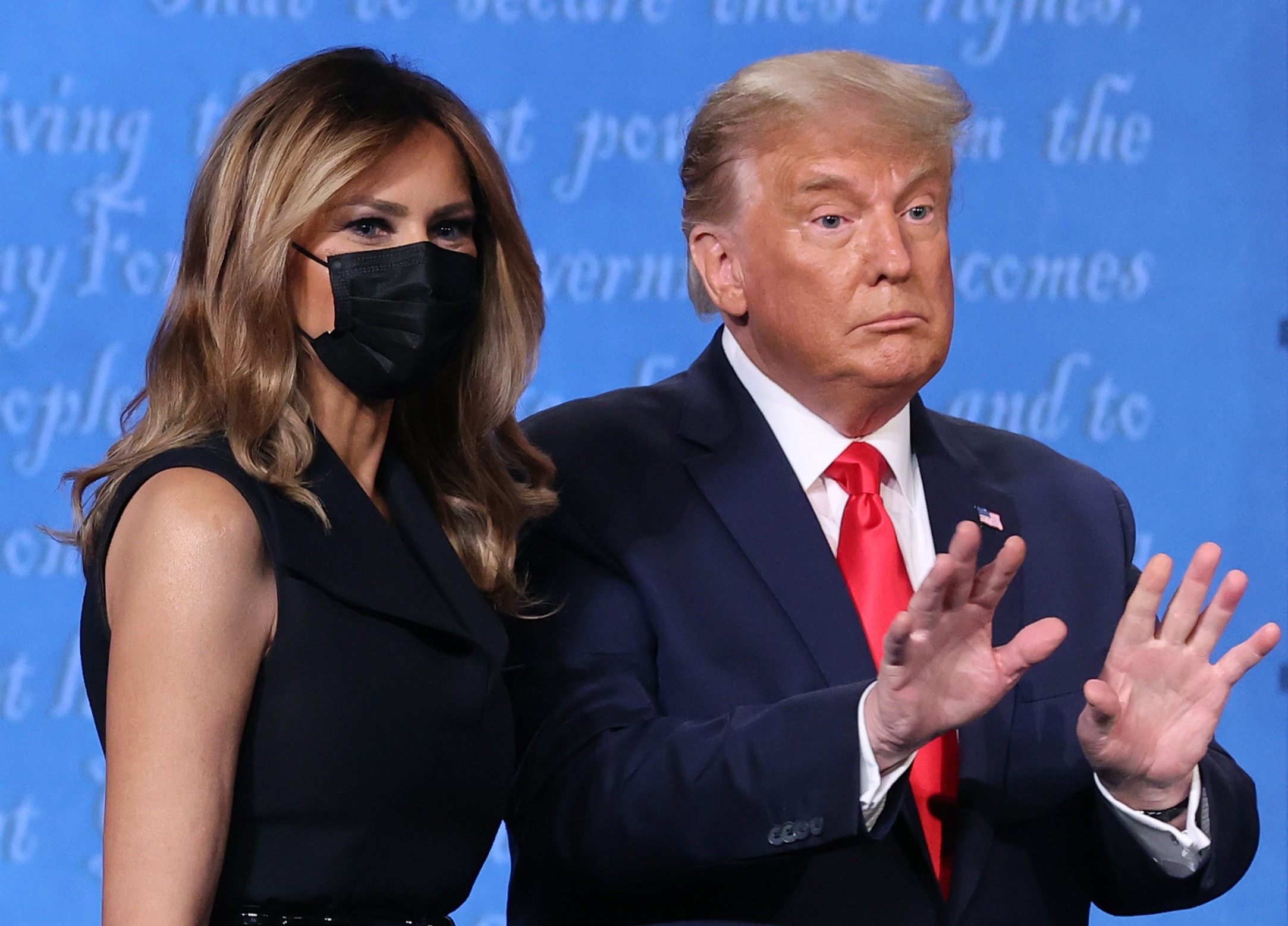 Although the first lady wore a mask on stage, her husband did notCredit: Getty Images – Getty

Trump was back on the road just a little more than a week after he revealed his diagnosis – but Melania did not make her first public appearance until Thursday.

Melania was expected to attend a rally with President Trump in Pennsylvania on Tuesday.

She canceled her appearance due to “lingering” coronavirus symptoms, however, NBC reported.

“Mrs. Trump continues to feel better every day following her recovery from COVID-19, but with a lingering cough, and out of an abundance of caution, she will not be traveling today,” the first lady’s spokesperson said.

In a statement shared by the White House, Melania said she used “a more natural route” of “vitamins and healthy food” when recovering from Covid-19.

Scientists have said there is no evidence showing natural remedies are a treatment for Covid-19. 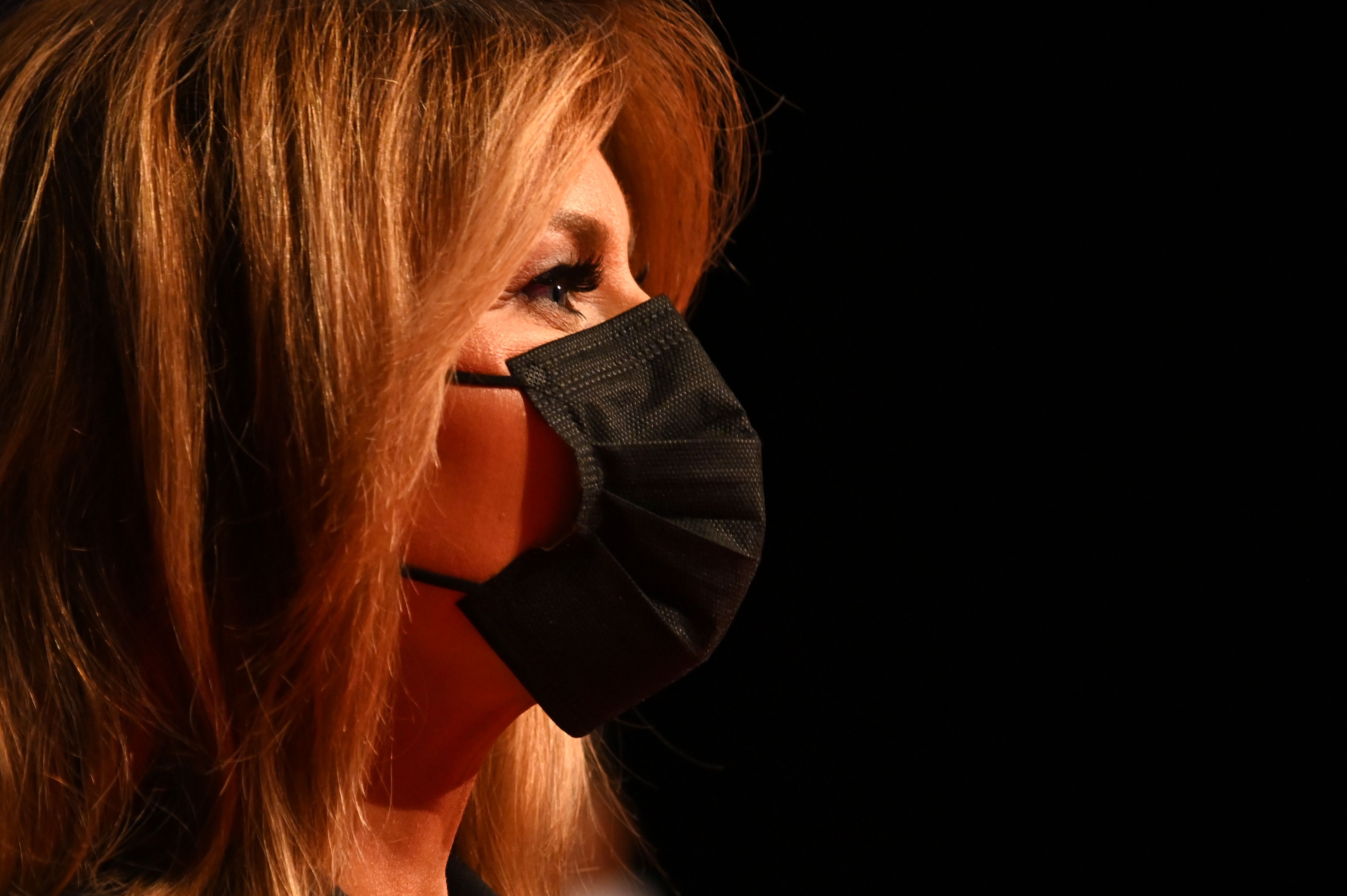 Trump revealed he and the first lady were diagnosed with coronavirus on October 2Credit: AFP or licensors

Melania and Donald Trump and Joe and Jill Biden are seen on stage after the last presidential debateCredit: EPA

She said she only experienced “minimal symptoms” including “body aches, a cough and headaches.”

Melania also said she “felt extremely tired most of the time” while she was ill.

As Melania gave updates on her recovery, she revealed her son, Barron, also tested positive for the virus.