MELANIA Trump has fueled rumors that the Trump family will be re-locating to Mar-a-Lago after they move out of the White House.

The First Lady reportedly toured the ritzy Pine Crest School in Fort Lauderdale, which is just 40 minutes away from The Donald’s resort in Palm Beach. 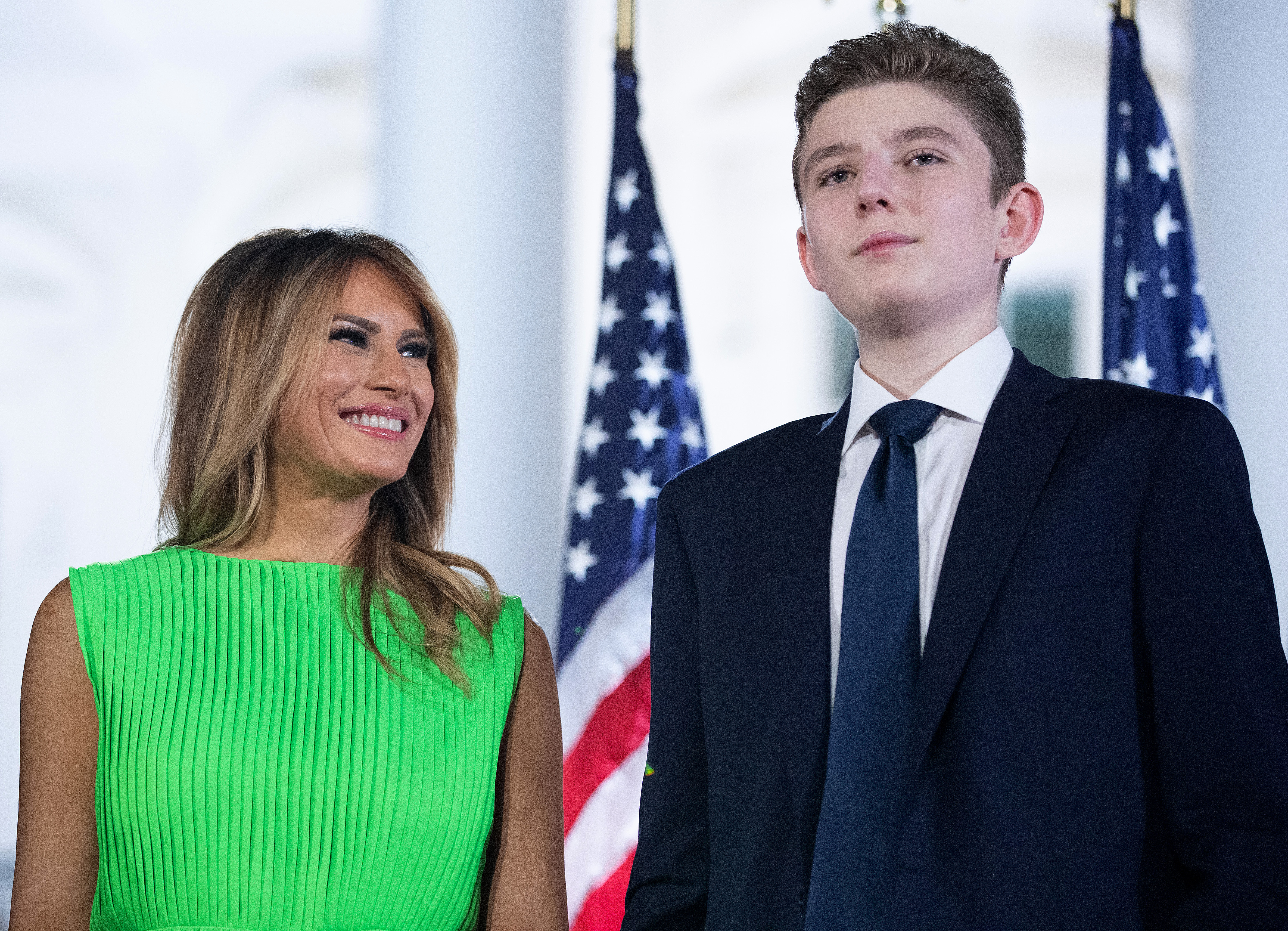 Melania Trump is looking to move herself, Donald and Barron to Mar-a-LagoCredit: Getty Images – Getty 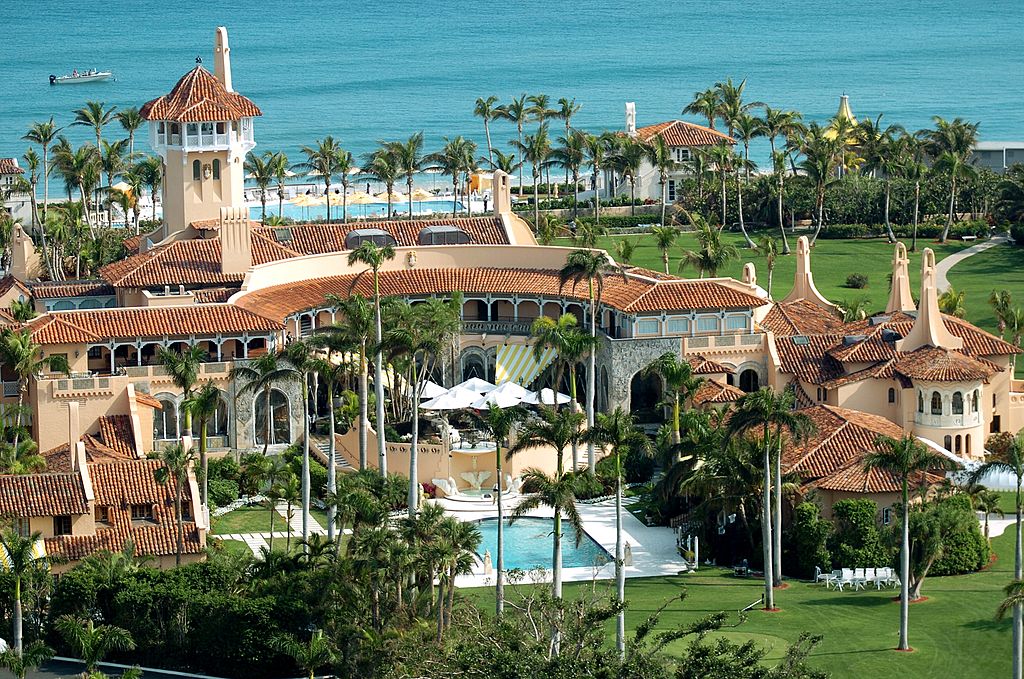 The fancy school teaches those from grades nine through 12 and costs more than $35,000 a month – and is being eyed by Melania for Barron Trump, 14, reports Page Six.

It however requires personal and business tax returns before enrollment, something which Trump has been reluctant to release previously amid pressure from Democrats.

Promotional materials for the private school boast it teaches “empathy, integrity, character” – and on its website says it will teach students to “change the world”.

“They have looked all over Palm Beach County and neighboring Broward County for just the right place,” a source told PEOPLE.

“There are several options, and they will decide soon.”

The family reportedly plan to live in, or at least near, the Mar-a-Lago private members club.

Barron is Trump’s youngest child and is his only child with Melania – he currently attends St. Andrew’s Episcopal School on the suburbs of DC.

He has lived with Donald and Melania in the White House since June, 2017, after finishing up his schooling in New York during the first six months of his dad’s term.

Speculation has been running rife about what the Trump family when they are turfed out of the White House in January to make way for Joe Biden. 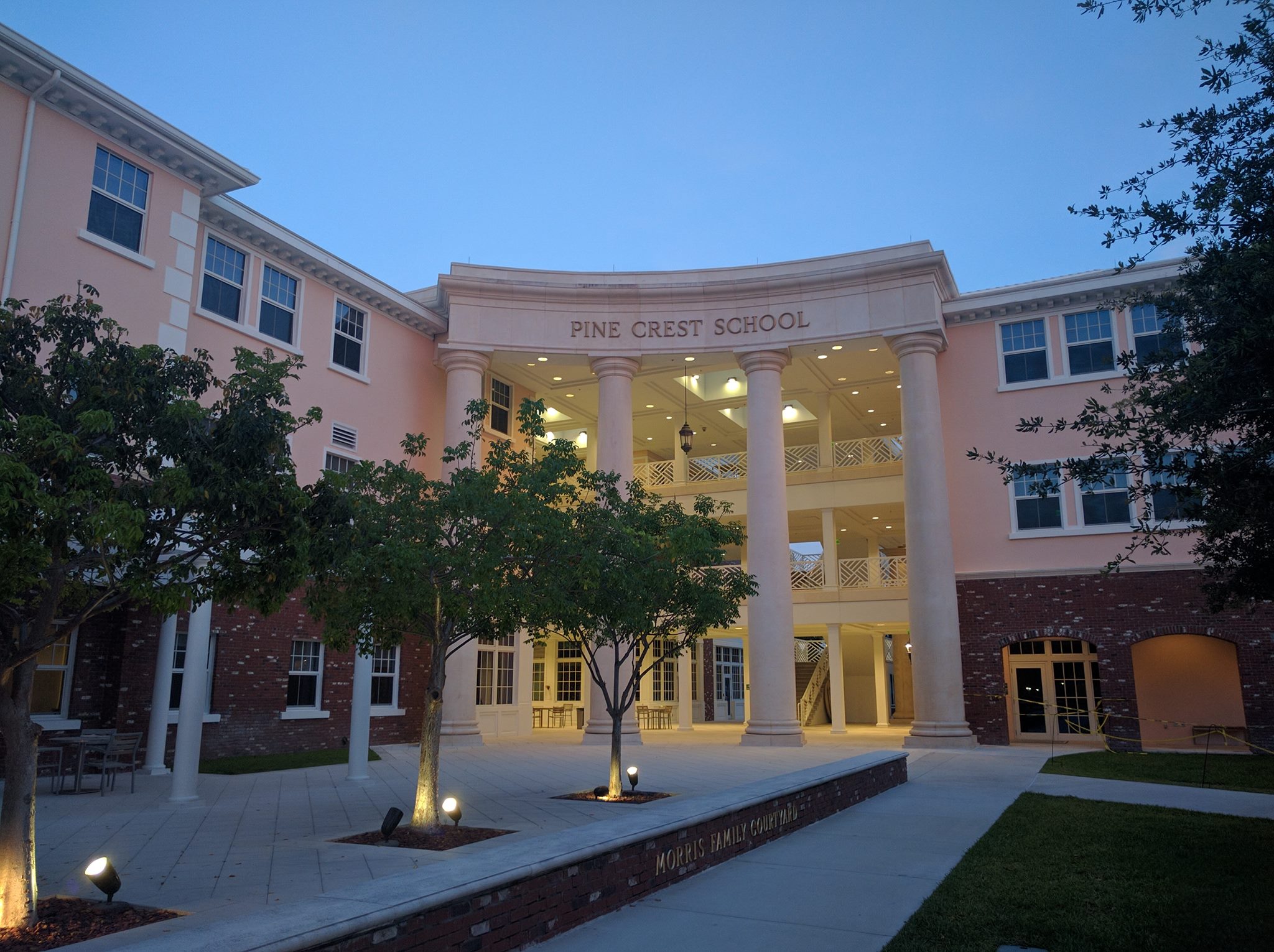 Mar-a-Lago is considered the most likely location, and has been a favorite of Trump during his presidency – dubbing it the “Winter White House”.

“They are looking at schools for Barron and also looking for homes near Mar-a-Lago to purchase,” a source said.

“The thought is they will stay at Mar-a-Lago initially after leaving the White House.”

The private club has reportedly set to undergo renovations to make way from the departing president’s arrival.

“They are definitely renovating his apartment within the Mar-a-Lago Club to make it larger, more modern, and comfortable for his use” they said.

One source said: “Mar-a-Lago is iconic, a building he took great pride in renovating when he bought it.”

“It makes sense that he wants to be there and will make the mansion his home.” 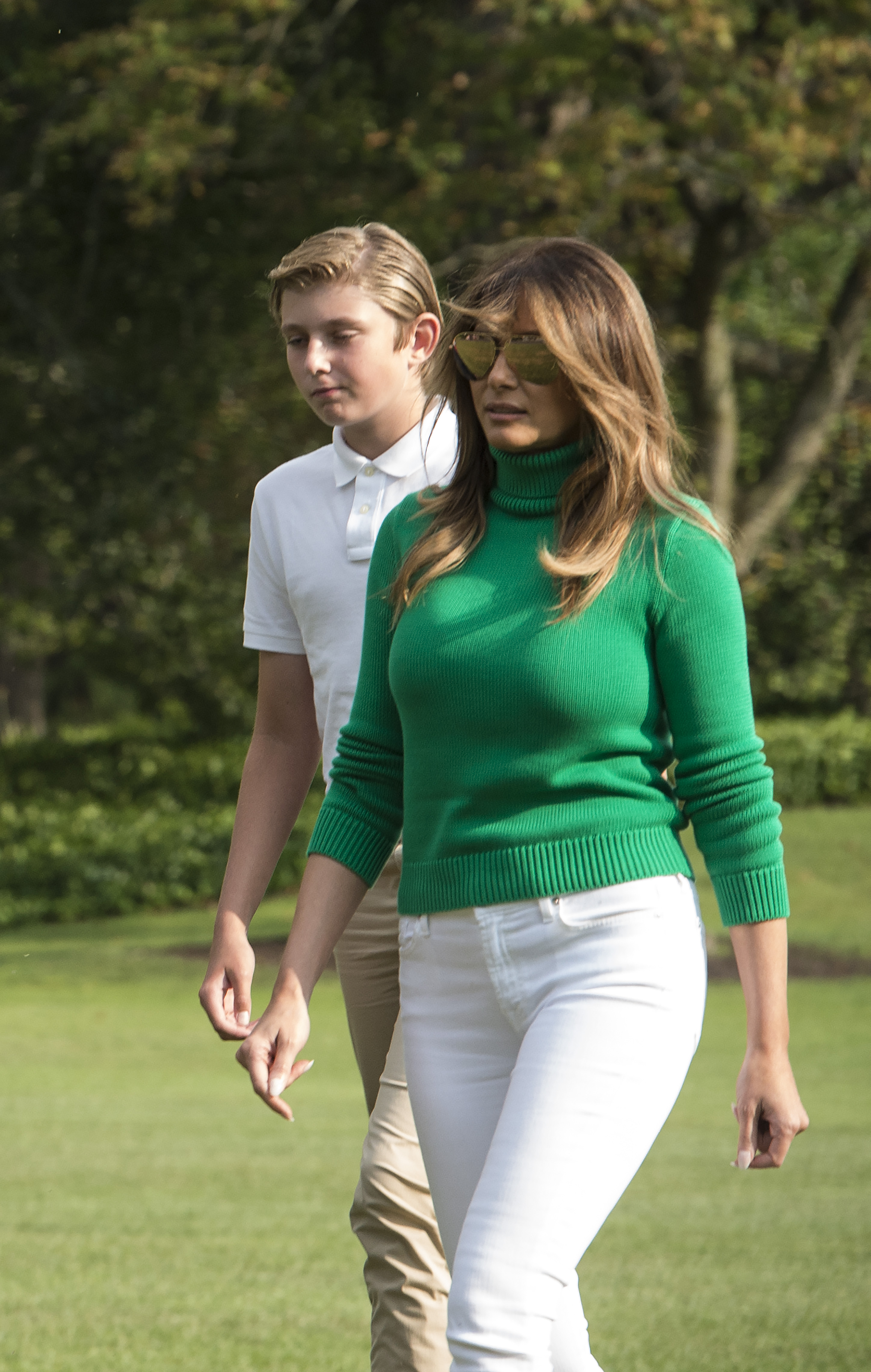 Melania Trump is looking for a school in Florida for BarronCredit: AFP – Getty

PEOPLE also reported that Donald and Melania have separate bedrooms at Mar-a-Lago.

Those close to the current first family say the president plans to spend his post-presidency in Palm Beach, his Bedminster golf club in New Jersey, and at Trump Tower in New York City.

The Trumps officially changed their address from Fifth Avenue’s glistening gold Trump Tower to the sunny resort club in Florida in October 2019.

The president, a lifelong New Yorker who was born in Queens, isn’t as liked in the Big Apple as he is in Florida – a state he won in his failed re-election race against Biden.

A member of the Palm Beach club said that Trump “wouldn’t want to be in Palm Beach in the dead of summer, but he doesn’t have to be so it can work out well.”

“He loves Palm Beach and his friends here. And his golf club is minutes away in West Palm Beach.”

Another source at the beach club previously told the news outlet: “No matter what else is happening in the world, he is treated like royalty at Mar-a-Lago. He loves to be here.” 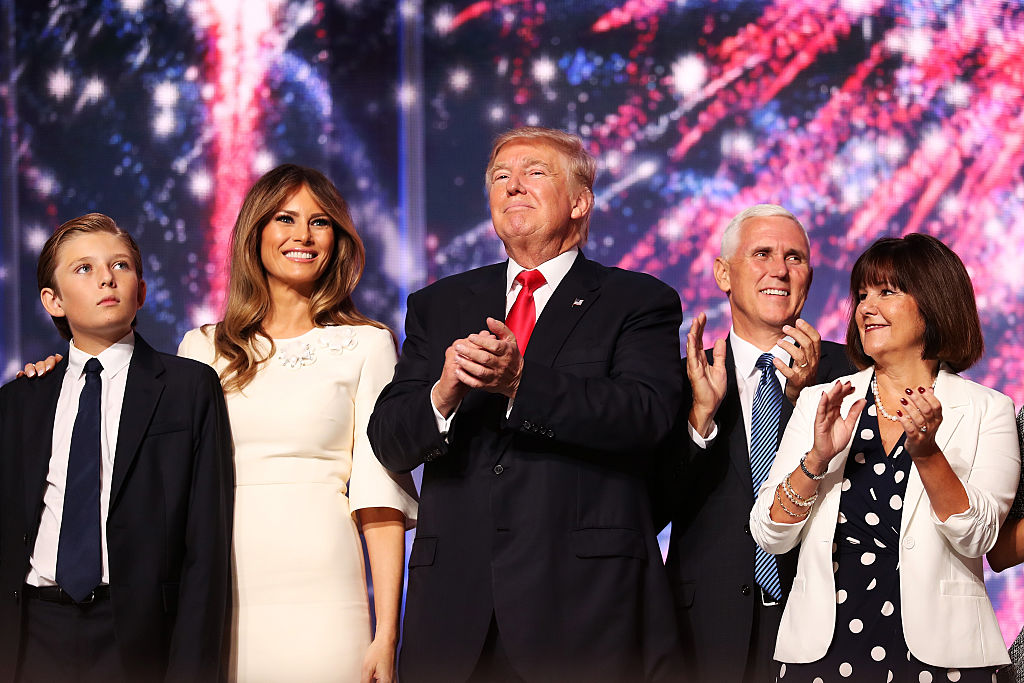 Donald Trump with Melania, Barron and the Pences at the RNCCredit: Getty Images – Getty 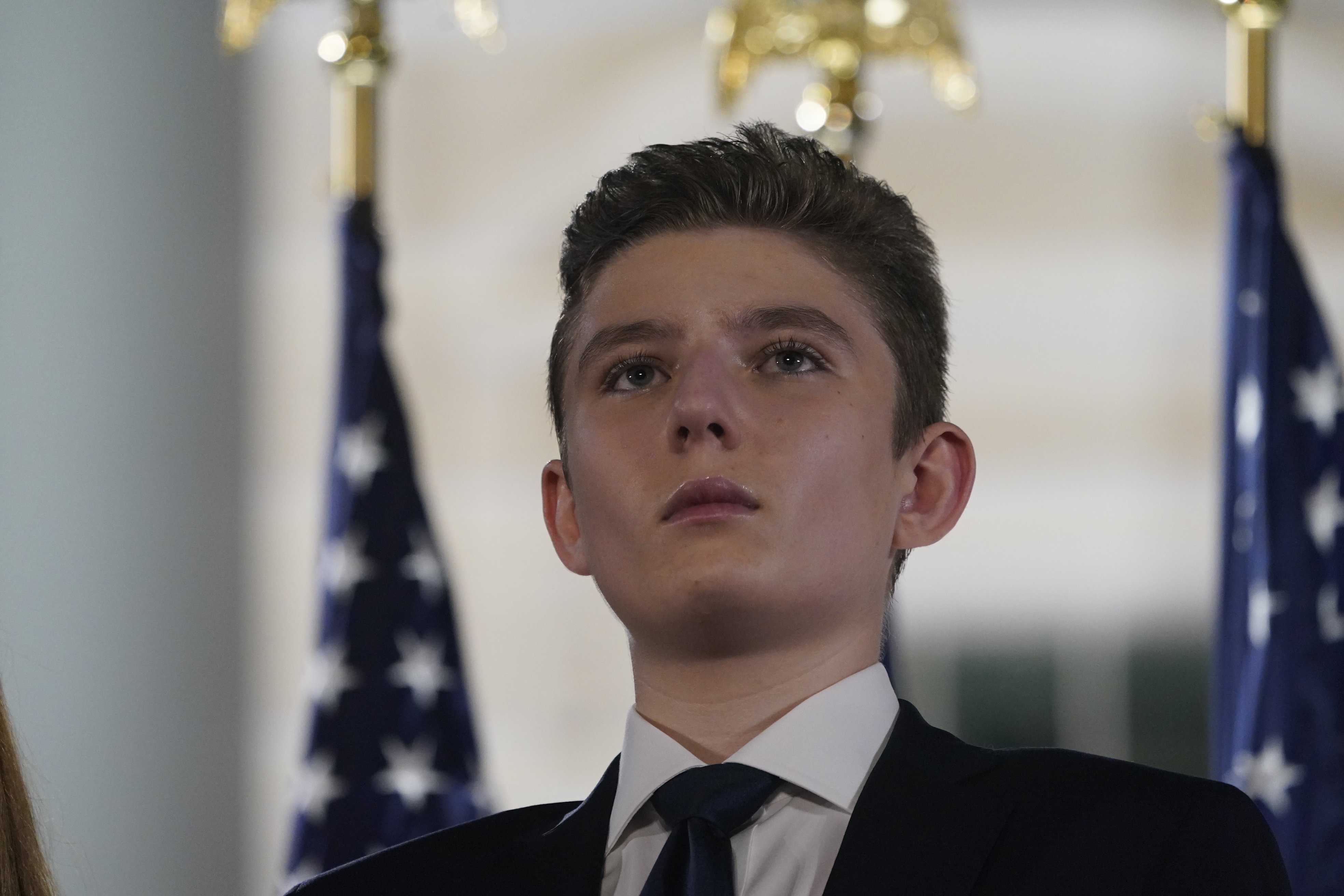 Barron Trump is the only child of Donald and MelaniaCredit: Splash News 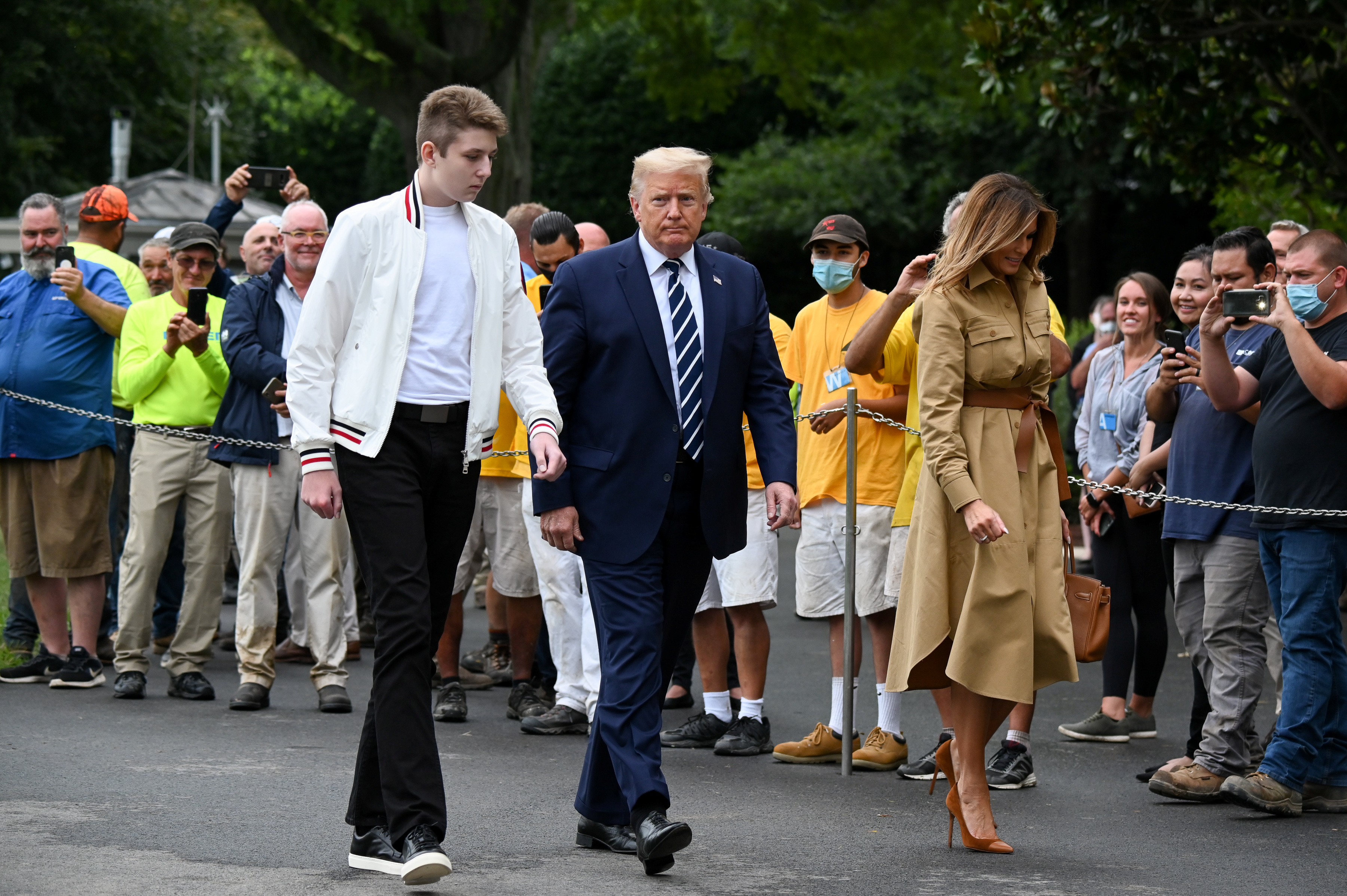 Barron Trump towers over his parents on an outing with Donald and MelaniaCredit: Reuters

Melania reportedly has grown tired of life in the White House and is laying the groundwork for their exit, with sources saying she “just wants to go home“.

CNN reported that Trump running again in four years time “might not go over well” with his wife.

The publication reported that Melania’s unpaid volunteer office aide Marcia Lee Kelly was instructed to discreetly find out from the Office of Management and Budget if some taxpayers’ money was allocated to the Flotus.

However, the answer was a resounding no as outgoing first ladies only receive a meagre $20,000-a-year pension – and only when their husband dies.

Insiders said Melania is busy putting all her energy and focus into the Washington DC departure from the White House, where there’s an inventory being taken of her furniture, art, and personal belongings.

Sources also revealed that Melania is considering writing a coffee table book about hospitality history in the White House or design projects she did in her official role and continuing her “Be Best” platform.

She’s also done one of the key tasks done by outgoing first ladies: picking the Trump administration’s official china as she organizes the move from DC. 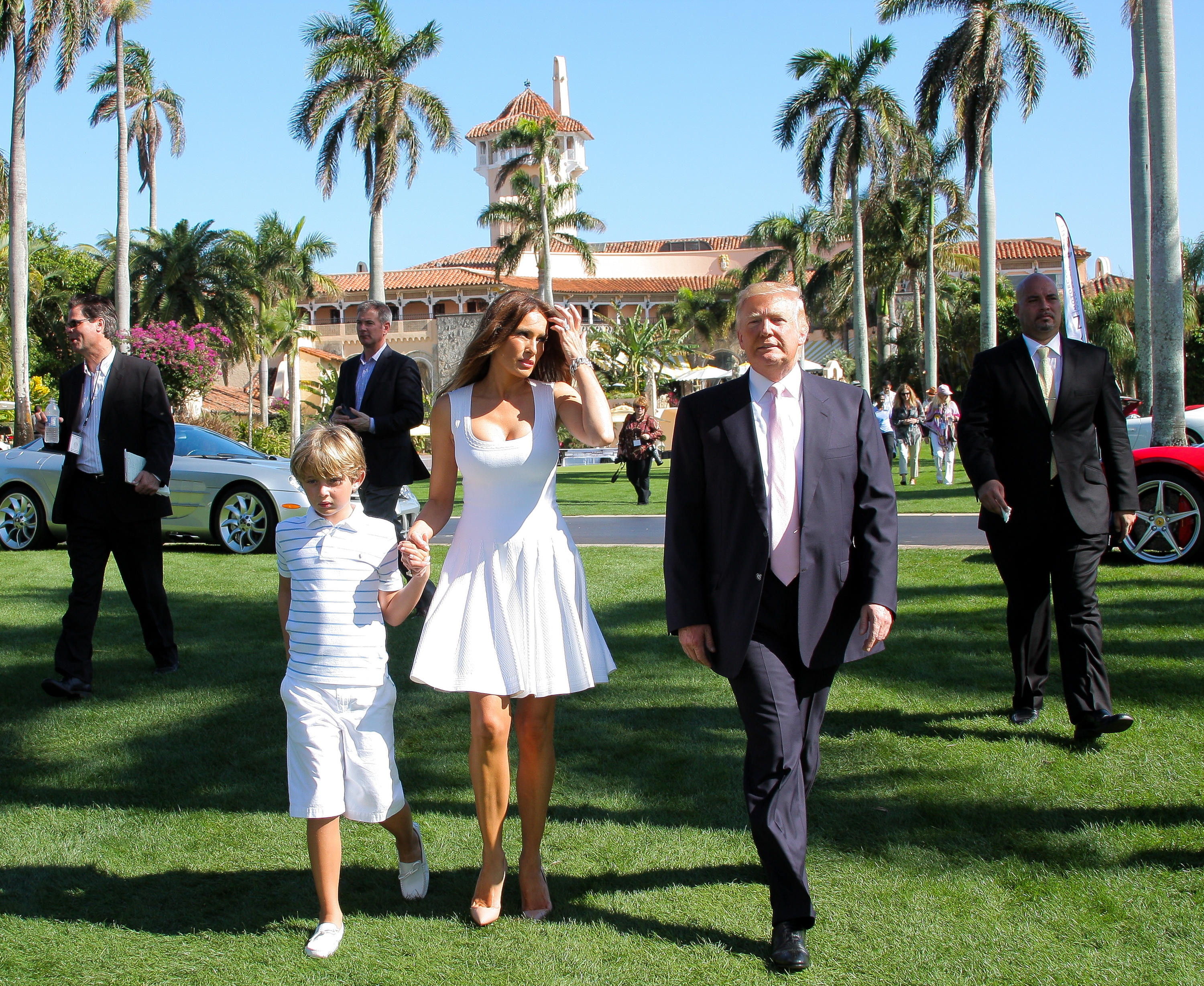 Donald, Barron and Melania at Mar-a-Lago back in 2013Credit: Alamy

Secret Service agents are reportedly already being asked if they want to transfer to Palm Beach and Mar-a-Lago.

Trump will need to spend at least six months each calendar year in Florida to keep his resident status there.

And while plans are being drawn up for Trump’s future, he continues to refuse to concede the election.

Trump has repeatedly described Biden taking over the White House as an “if” and has insisted he will “never” admit he lost to the Democrat.

The President has claimed an elaborate, multistate conspiracy involving hundreds of thousands of ballots was executed – which robbed him of a win.

He baselessly claims he won in a “landslide” – despite him being yet to win any meaningful cases in the courts – and continues to energize his diehard supporters.

Meanwhile, Joe Biden is reportedly arranging to have the White House deep cleaned as a source in his team described the Trump administration as “riddled with coronavirus”.