KEVIN STOTT could have been lining up alongside Harry Kane for Spurs.

Although it would have made for an awkward encounter at Euro 2020 when England saw off Stott’s native Denmark in the semi-final. 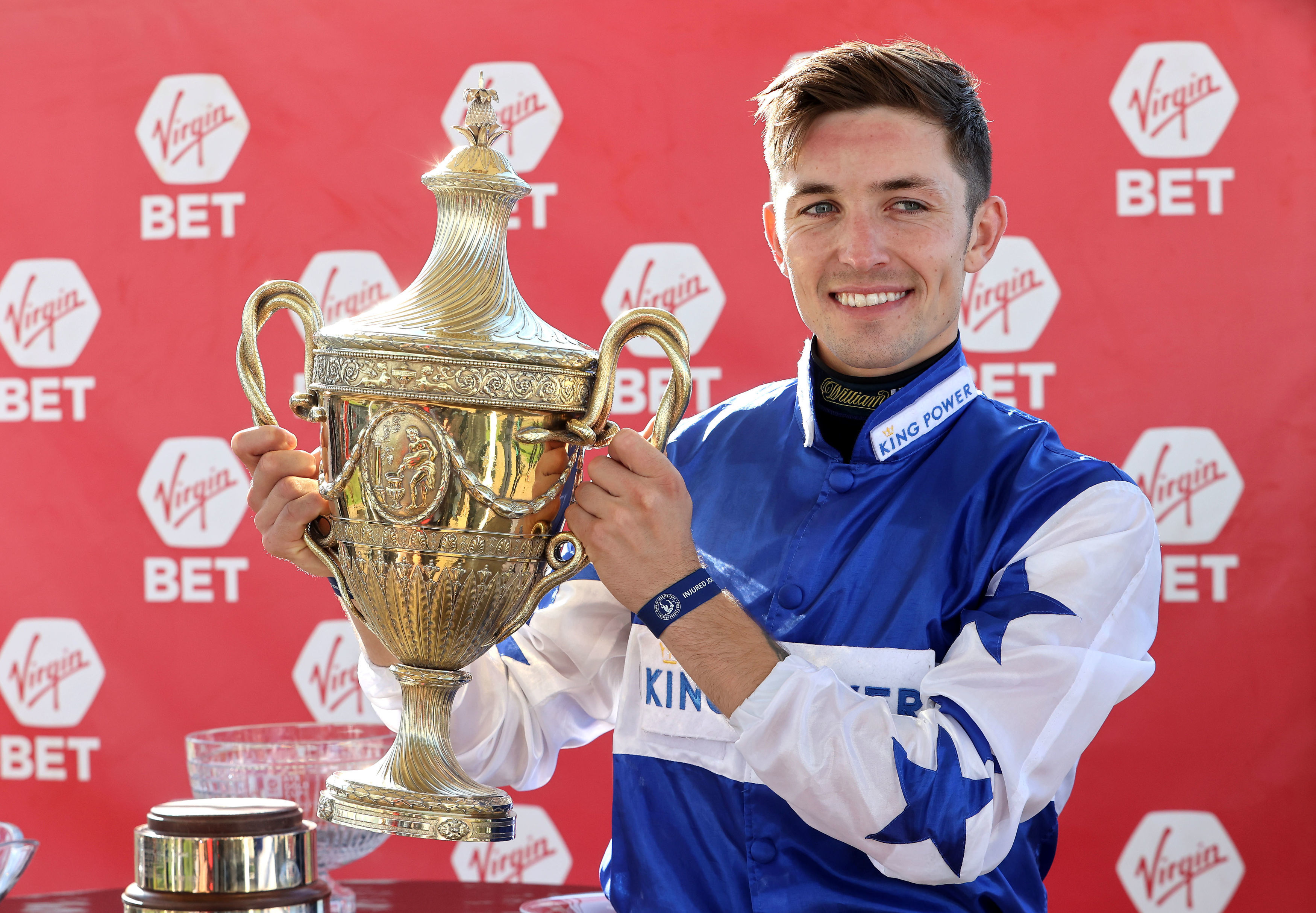 Huge Man Utd fan Stott won the Ayr Gold Cup on a horse named after the Leeds boss and trained by a huge Leeds fanCredit: PA

It wasn’t to be for Gareth Southgate’s side against Italy – just like it wasn’t be for Stott at Tottenham.

A trialist at 14 and with a dad who was a jockey, Stott was deemed too small to make it in midfield.

But one sport’s loss is another’s gain, with the avid Manchester United fan hitting new heights this year in the saddle.

Funnily enough the links to football don’t end there, though.

One of Stott’s biggest winners to date came on Bielsa – named after the Leeds manager and trained by Elland Road fanatic Kevin Ryan.

Also in the race was his girlfriend Megan Nicholls, daughter of legendary trainer Paul.

Riding Hey Jonesy – a horse Stott previously won on – cameras captured the moment a jubilant Meg pulled her horse up alongide Stott and gave him a celebratory kiss.

It all showed Stott was right to hang up his boots and pick up the whip instead.

‘I’M GLAD SPURS TURNED ME DOWN!’

Recalling his trial, Stott told the Yorkshire Post: “I had two weeks on trial with the Tottenham Under-15s.

“I was playing football in Denmark at quite a high level. We were playing all over Europe and a scout from Tottenham spotted me at a tournament in Holland.

“I was 14 and it was an amazing experience to be picked up from the airport and then train on the same ground as all the first team players.

“I’m small now, I was even smaller then, and it didn’t work out.”

Stott’s biggest win to date came on Hello Youmzain in the Group 1 – the equivalent of the Champions League – Diamond Jubilee Stakes at Royal Ascot in 2020.

After winning £148,000 for victory there, he said: “I’m glad Tottenham turned me down now!

“I said to my dad I wanted to ride horses when I was 16, so he brought me over here and within a week he dropped me off at Kevin Ryan’s.”

It has been a match made in heaven ever sense, with Stott enjoying a brilliant season in which he’s netted more than £800,000 and ridden 75 winners to date.

In five seasons racing over the Flat in Great Britain he’s earned £3.5m for connections.

Credit to him for doing it alongside girlfriend Megan too, with both their careers really taking off over the past 12 months.

They met in Dubai in the winter of 2019/20 and hit it off, getting through lockdown unscathed.

Nicholls even praised her man – who has a live ride on Justanotherbottle at Ripon on Saturday – for sitting through endless hours of Keeping Up With The Kardashians.

When racing started back up again they came out in red-hot form.

Not even a horror ankle injury which sadly left him out of Royal Ascot has put off Stott, while Nicholls has starred in a presenting role on TV too. 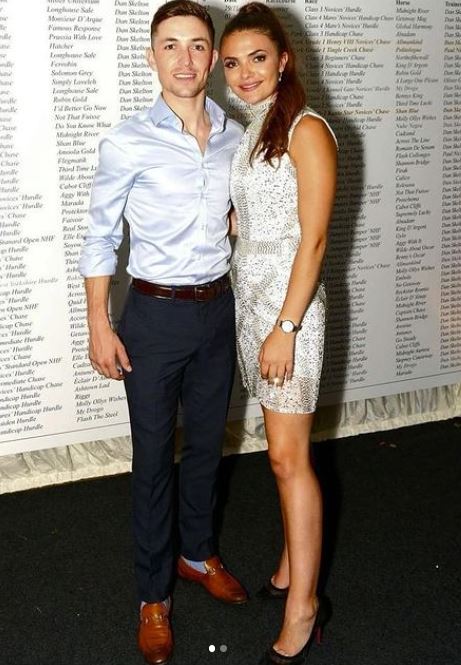 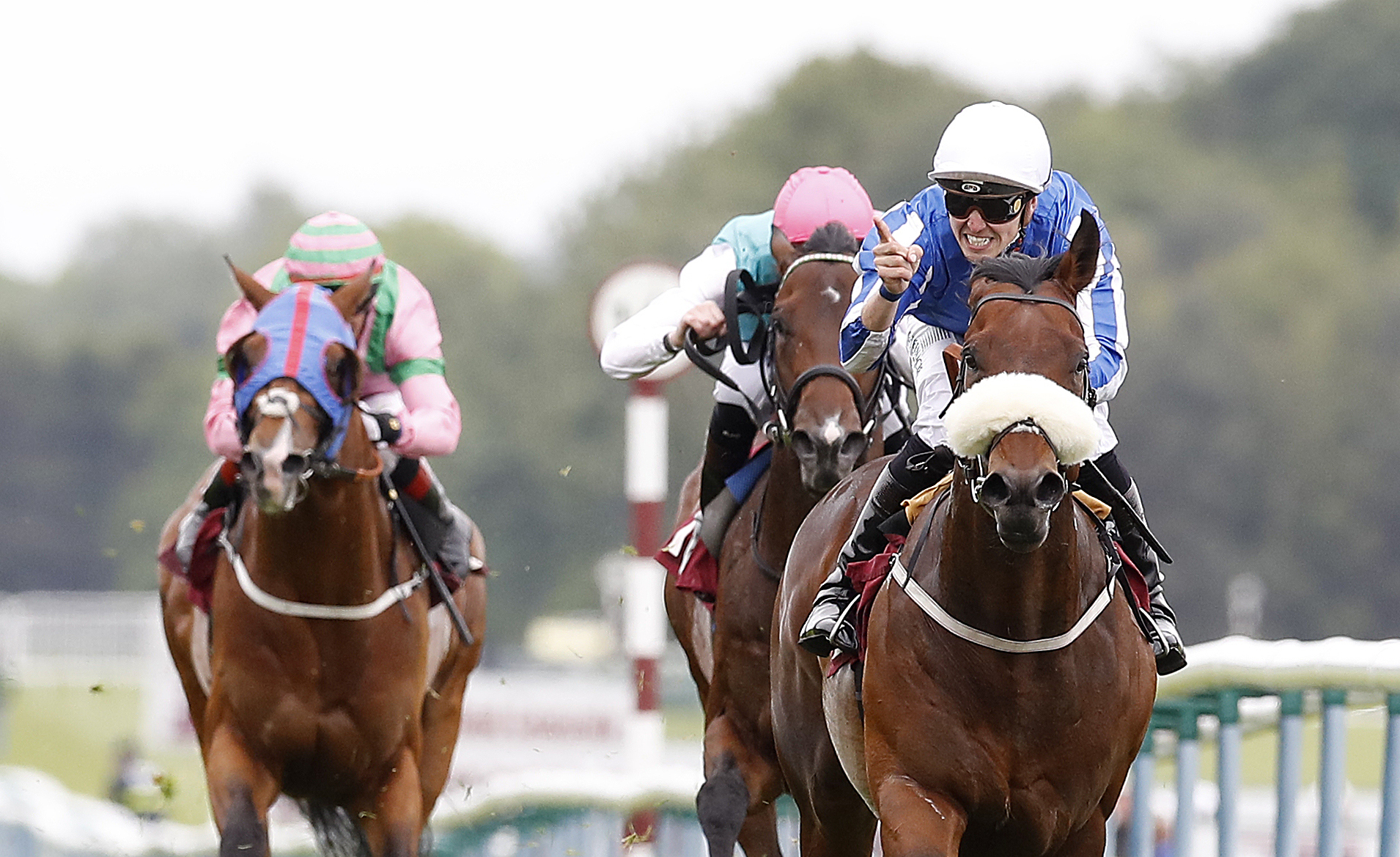 Stott got turned away from Spurs for being too small but his stature is perfect for being a jockeyCredit: PA:Press Association