MARRIED At First Sight UK’s April Banbury broke down in tears as Adrian Sanderson slammed her husband George Roberts in a shock outburst. 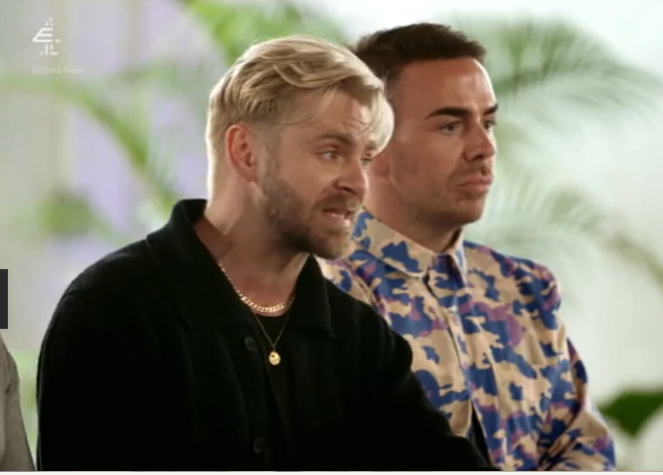 Adrian and Thomas didn’t hold back

April and George have had a rocky few weeks since the start of their experiment.

This evening they sat in front of experts Paul C Brunson, Mel Schilling and Charlene Douglas to talk about their past few days together.

The pair described it as a “hard week” and George admitted that he doesn’t fully trust his wife with his heart because of his insecurities.

He explained he has a fear of humiliation and rejection, and outside factors are also causing a problem. 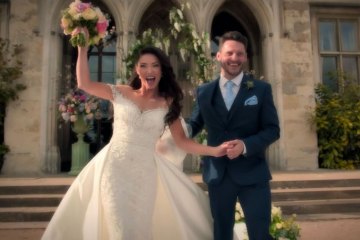 April told the experts: “A lot of people are calling me fake and calling our relationship fake. It really hurt.”

George added: “One particular person…who has decided to make known and voice his opinion between the group and I’ve had enough of it.”

Paul asked who and they both said it was Thomas.

April said that Thomas was telling everyone she was fake and that she felt attacked.

Paul asked if he wanted to speak up, and he said he had nothing to say.

His husband Adrian did instead.

He said: “I’ve had something to say for weeks. No George we sat and we had this conversation.

“When George wasn’t in a good spot with April he wanted my ear, I wanted to listen and absolutely supported him and was thanked for that!”

As April got emotional, she chimed in: “Guys I am not here for this drama! I want to focus on our relationship!”

Earlier this week April let slip a slew of clues suggesting that the couple aren’t together.

The pair have had a mixed experience to date on the E4 show, with wedding dress designer April’s cheating marring their honeymoon.

After a positive week where George, 40, appeared to be putting his trust issues to one side and coming out of his shell, last week saw the demons re-surface.

Dad of four George accused April, 32, of not dishing the complete dirt on a past lover before she burst into tears at the Married At First Sight commitment ceremony when they analysed if their relationship could work in the real world.

April has now taken to her Instagram Stories to address her “cry baby” scenes and encouraged fans to “let their emotions out.”

She told how it was “tough” watching the series back and said: “Don’t be afraid to let your emotions out, if you want to cry cry, who cares.”

n a telling comment perhaps suggesting the pair have called it quits, she added: “The traumas that have been brought on from this show have made me re evaluate things.

“I really have and I’m not ashamed to admit this, I have been seeing a therapist ever since.

“They have helped me overcome a lot from the show and I am grateful for that.”

The former Miss GB then teased: “Stay tuned for what’s to come next who knows!”