WALLY the Walrus is being set up for a gentle ride back to the Arctic on a comfy floating bed.

The 2,000lb beast has delighted wildlife-lovers but needs to be returned home after becoming a danger to boat owners by clambering on board for long snoozes. 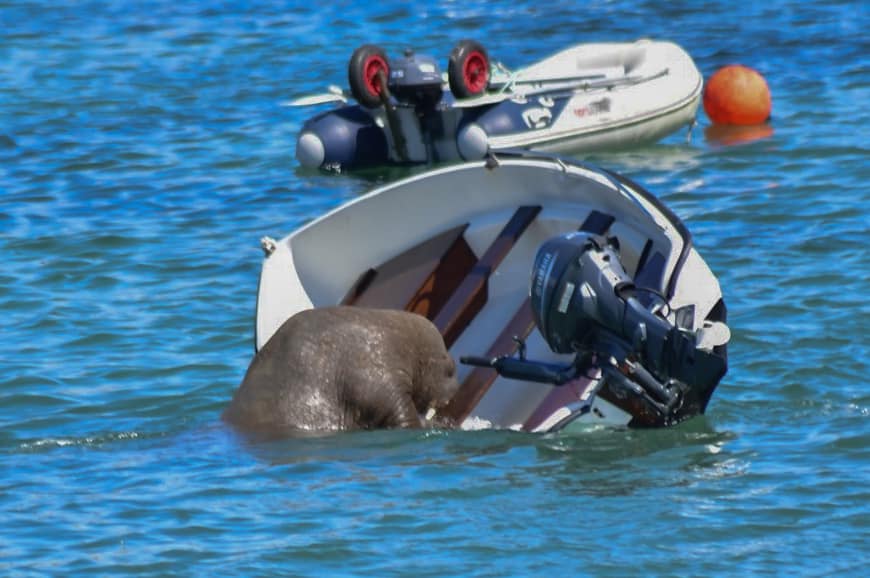 Wally has become a slight danger to boat owners by clambering on board for long snoozesCredit: Paul O’Sullivan

Now, marine experts have built him the comfy pontoon which is covered in materials he likes to snuggle down on.

They hope that if he spends enough time on it to get used to it, they can slowly pull it out to sea far enough for him to then begin swimming north.

Wally, a juvenile male thought to be four years old, was first spotted in March around islands north of Scotland, then Ireland.

He became a tourist attraction as he appeared off the coast of south Wales, then Cornwall.

Wally also swam 390 miles to France and 230 miles to Spain, before returning to the Isles of Scilly, off Cornwall, where he remains.

He has travelled 2,500 miles in total. Residents in Cornwall were delighted to see him at first but are now fed up after he caused thousands of pounds of damage by clambering on to fishing vessels to nap.

Experts considered stunning him and pulling him out to sea but said there was too high a risk he would die.

They have tried to move him by pulling a boat he was having a snooze on out to sea. But he just dived back into the water and headed back to port. 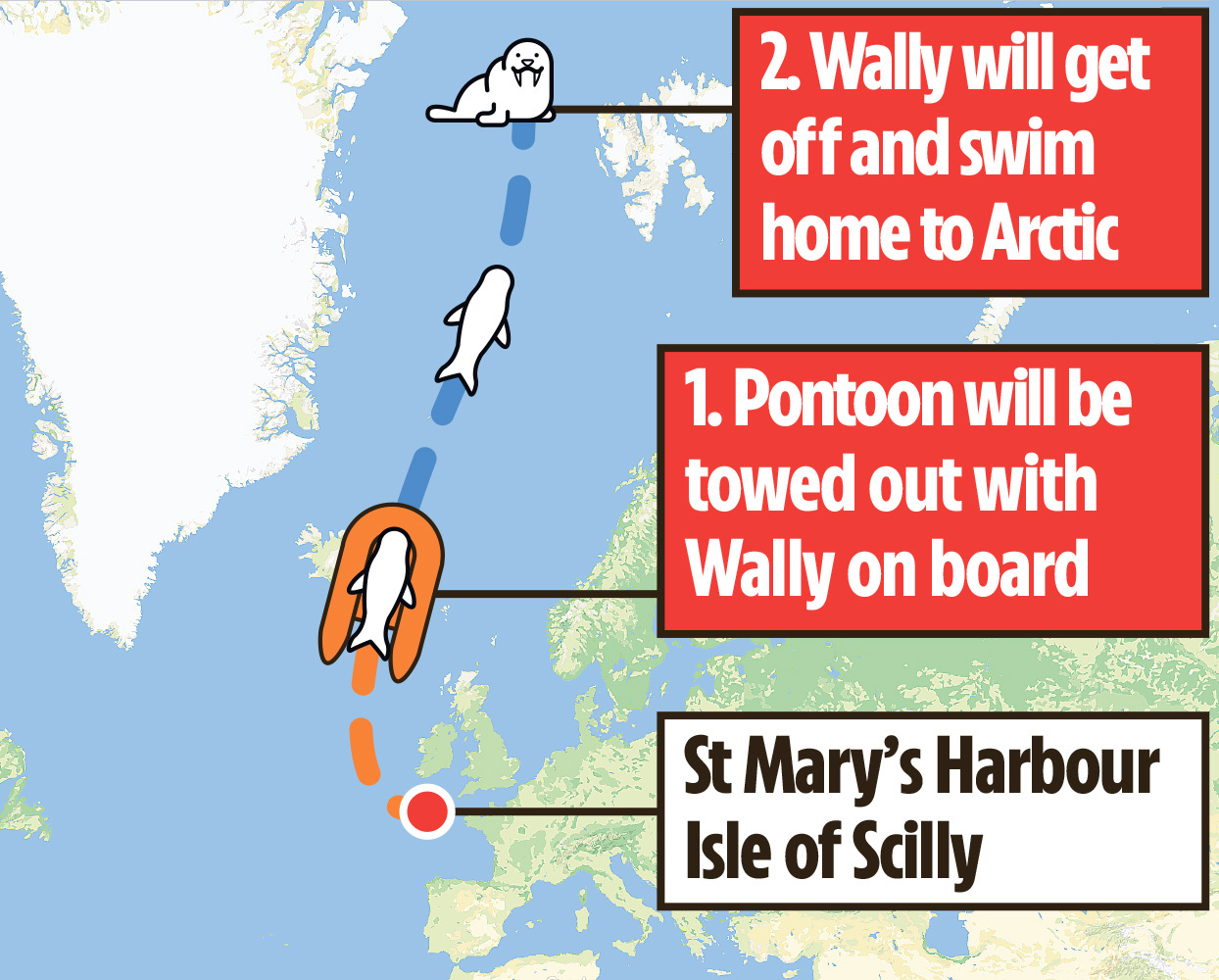 They now hope he will become so comfortable on the pontoon that it can be pulled out to the Atlantic with him on board.

The Isles of Scilly Wildlife Trust said: “His seemingly gregarious nature means he is most likely seeking company and activity.

“He is missing his Walrus companions.”

Wally the Walrus lolls in the sea as he sparks a tourism boom in Tenby, Pembrokeshire