A MEDICAL student saved a woman from being kidnapped after she gave him a secret message when her abductor pulled over to help him with a flat tire.

Jauan Clay-Cartagena, 23, had been stranded at the side of the road in Clarksville, Tennessee, on Tuesday when Kyle Gosnell and a female passenger, Brittany Webb, pulled over to lend a hand. 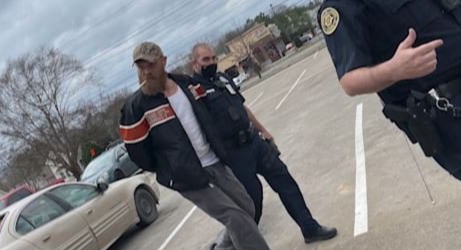 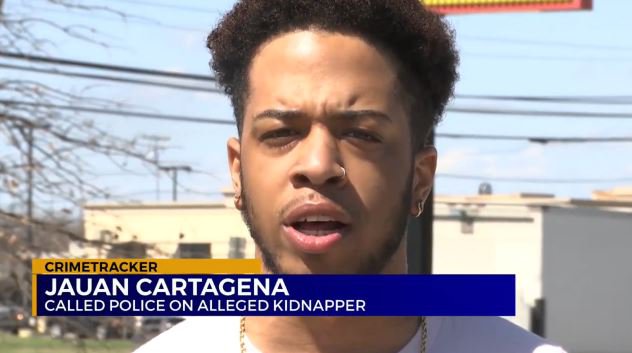 Jauan Clay-Cartagena, 23, had been stranded at the side of the road in Clarksville, Tennessee, on Tuesday when he encountered Gosnell, who offered to help himCredit: WKRN

Gosnell, of Illinois, offered him a ride to a nearby auto shop, which he accepted, but while inside the car Cartagena said he noticed something seemed off with Webb.

“[They] took me to the tire shop, got my new tire — and as I was on my way back, he was talking about taking a road trip to Florida, and I noticed the woman’s attitude changed when he had said that,” Cartagena told WKRN.

“So when he was talking about going to Florida, she brought up a story about how she crashed a car in Vegas.”

Unbeknown to Cartagena at the time, Gosnell had allegedly taken Webb against her will, holding her hostage in the car for more than 200 miles.

Webb had reportedly met Gosnell through a family member. She’d got in the his car to hang-out, she told police, but Gosnell started driving and got on the interstate.

When she asked Gosnell where they were going, he became violent and threw her ID out of the window, she claimed to investigators.

By the time they encountered Cartagena at the side of Interstate 94, the pair had been driving for four hours, and Webb said Gosnell had ignored her cries to let her out “upwards of 15 times”. 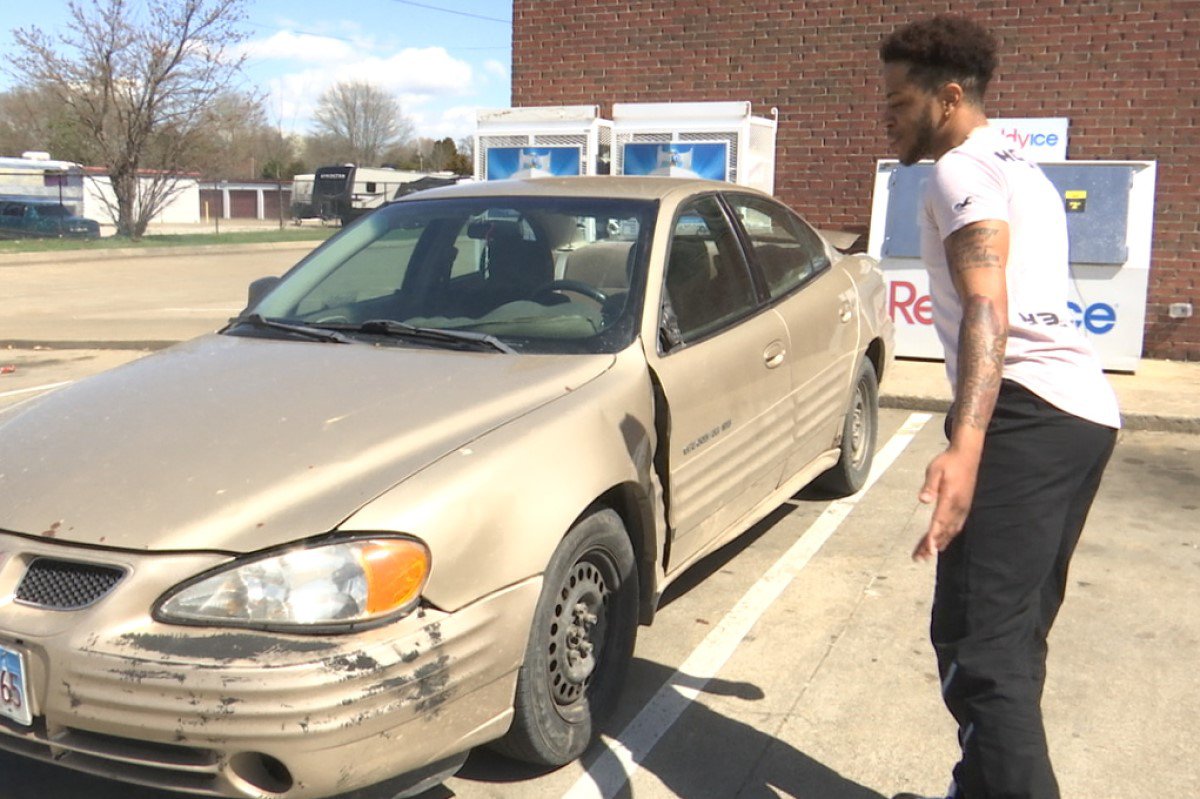 Cartagena is seen above with Gosnell’s car. He said he noticed something was off with Webb shortly after getting insideCredit: WKRN 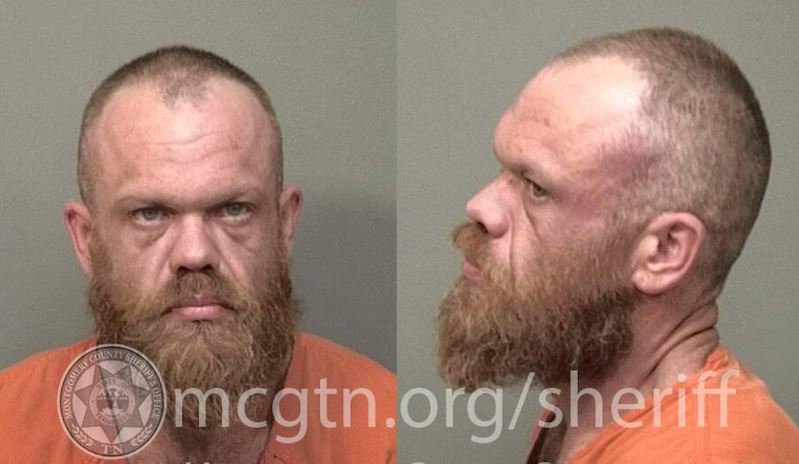 Unbeknown to Cartagena at the time, Gosnell had allegedly taken Webb against her will, holding her hostage in the car for more than 200 milesCredit: MCSO

Back in the car, Cartagena said he noticed a blatant shift in Webb’s demeanour when Gosnell said they were planning to head to Florida.

Webb then proceeded to tell Cartagena about a car she had crashed once during a trip in Las Vegas.

She told the student she wanted to show him a picture of the wreck on her phone.

But when she leaned across to hand him the device, Cartagena looked down at the screen to see a message, telling him she needed help.

“So when she gave me the phone to show me the picture, it had a message on it saying that they had basically got in the car just to chill, and he was driving and got on the interstate,” he recounted.

“When she realized that he wasn’t stopping, she asked him where he was going; that was when he had got violent and threw her ID out the window.”

Cartagena added that in her message, Webb claimed Gosnell would harm her if she tried to run away or call for help. 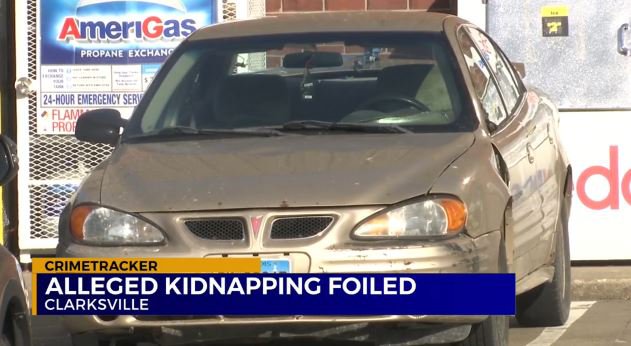 Webb had reportedly met Gosnell through a family member. She’d got in the his car to hang-out, she told police, but Gosnell started driving and got on the interstateCredit: WKRN

Thinking quickly on his feet, Cartagena decided to ask Gosnell if there was somewhere they could quickly stop for him to use the bathroom.

Gosnell agreed, and pulled into a Dollar General store on Trenton Road.

Once Cartagena got inside, he immediately called police for help.

Gosnell, however, followed him into the store and headed toward the prepaid cell phone section, he said.

“When he was coming in, I was on the phone with the operator running the details, and you know Dollar General is quiet, so I walked outside and continued talking to the operator.”

As Cartagena stepped outside, Webb had already got out of the car and taken off running.

At the same time, an officer from the Clarksville Police Department pulled into the parking lot. 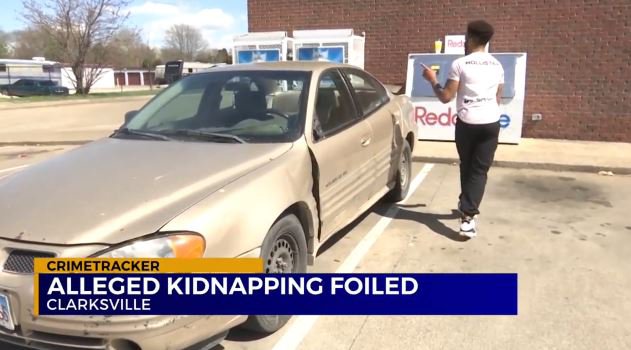 Cartagena said he believes he was ‘supposed to be there’ to help WebbCredit: WKRN

“I think they had seen her running around the back of the store,” Cartagena said. “I was trying to flag them down to let them know I was the person who called.

“[The officer] ran [around] the back of the store, and I followed him because the guy’s still in the store, and he’s the only cop there at the time.”

Soon after, more officers showed up and Gosnell was detained as he left the store.

He was charged with false imprisonment because the circumstances did not warrant kidnapping charges, police said.

For his part, Gosnell denies taking Webb against her will, insisting she’d agreed to go to Florida with him. He also denied refusing to let her out of the car.

Police said they’re still investigating and Gosnell is currently in the Montgomery County Jail on a $10,000 bond.

Cartagena said he believes he was “supposed to be there” to help Webb.

“I’ve been driving since I was 16. This is my ninth car, and I have never blown a tire out ever,” he said, adding he’d missed the exit he usually takes when his tire popped.

“Thank God [Gosnell] stopped, because had he not, I don’t know what could have happened with her.”

Of his own experience, he said: “I would say if somebody pulls over, don’t accept the offer — you can’t really say what you could’ve done or done wrong or right, I just I’m glad it played out the way it did.”