MANY people have had to resort to dyeing their hair at home this year, but we all know how common it is to skip the patch test and go straight to the hair transformation.

This man’s shocking allergic reaction has shown just why it’s so important to patch test hair dye before covering your head in it – but people are still saying they won’t do it. 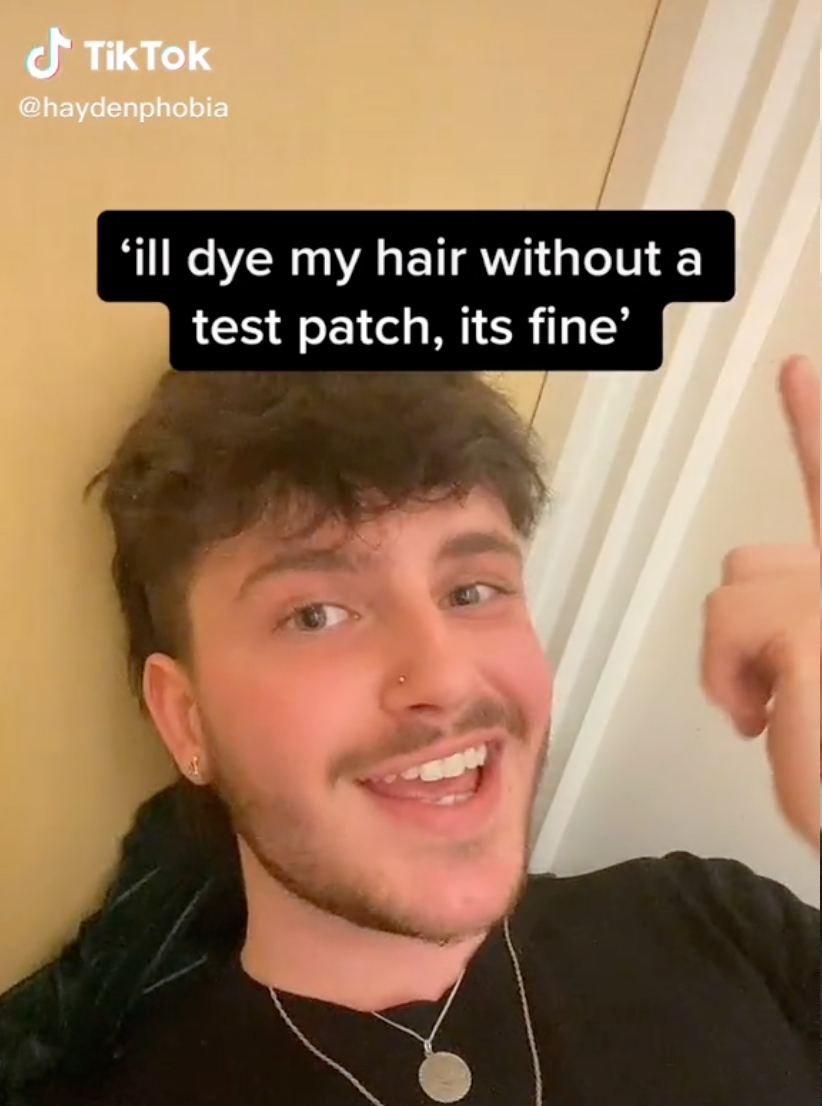 The Tiktok user didn’t carry out a patch test before dyeing his hairCredit: @haydenphobia on tiktok/TikTok

Tiktok user Haydenphobia posted a video showing his followers how badly he reacted to his hair dye.

He documented the progression of his allergic reaction – showing how mild swelling over one eye eventually led to his entire face growing in size and turning bright red.

At first, the reaction was barely noticeable, but it ultimately led to a hospital trip.

A comment on the video states: “I will still never do a patch test.” 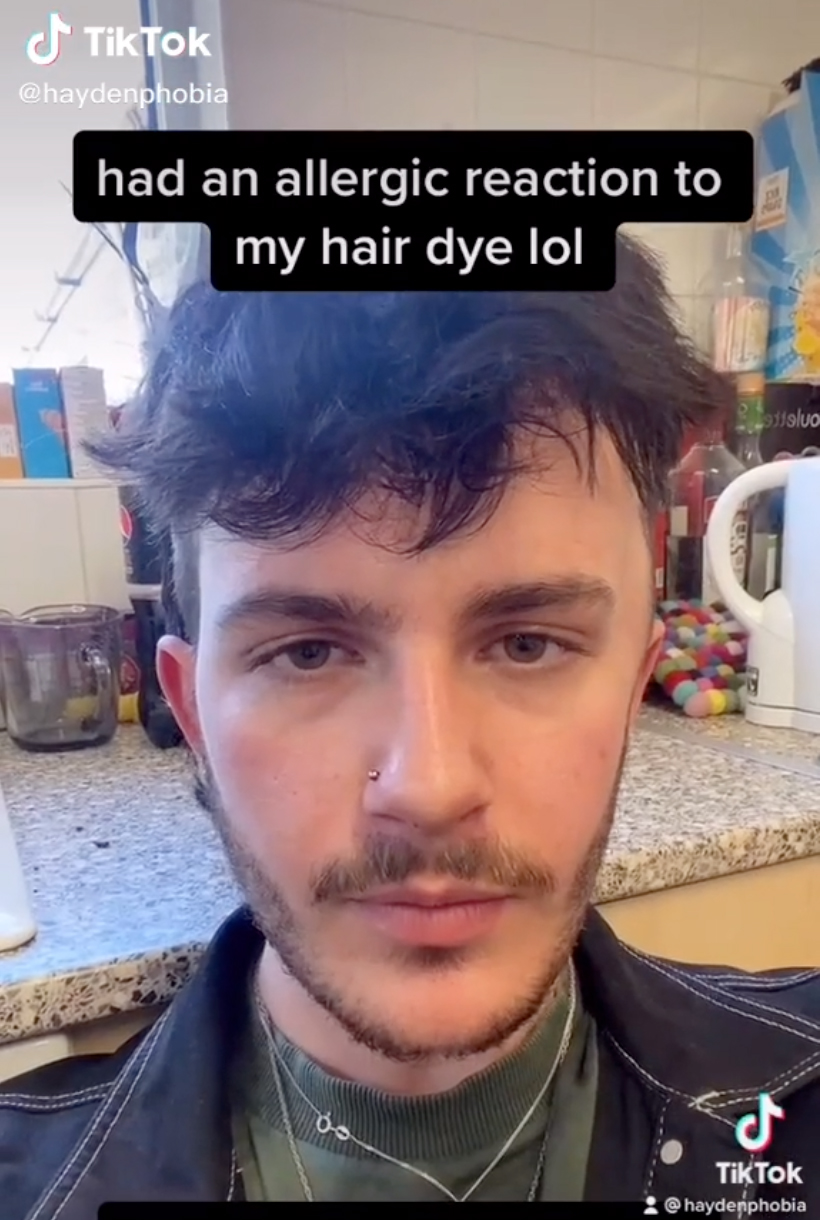 The reaction began with some slight swelling on one side of the face – it’s barely noticeableCredit: @haydenphobia on tiktok/TikTok

This comment has over 18,000 likes, showing just how many people are still not convinced that patch testing is worthwhile.

“Still not gonna patch test”, wrote another viewer, while a third said: “This is my biggest fear every time and I STILL never do a patch test???”

“When I want to dye my hair, I have no patience for a patch test”, one commenter admitted.

Some viewers didn’t even realise that patch testing was a recommended part of the process. 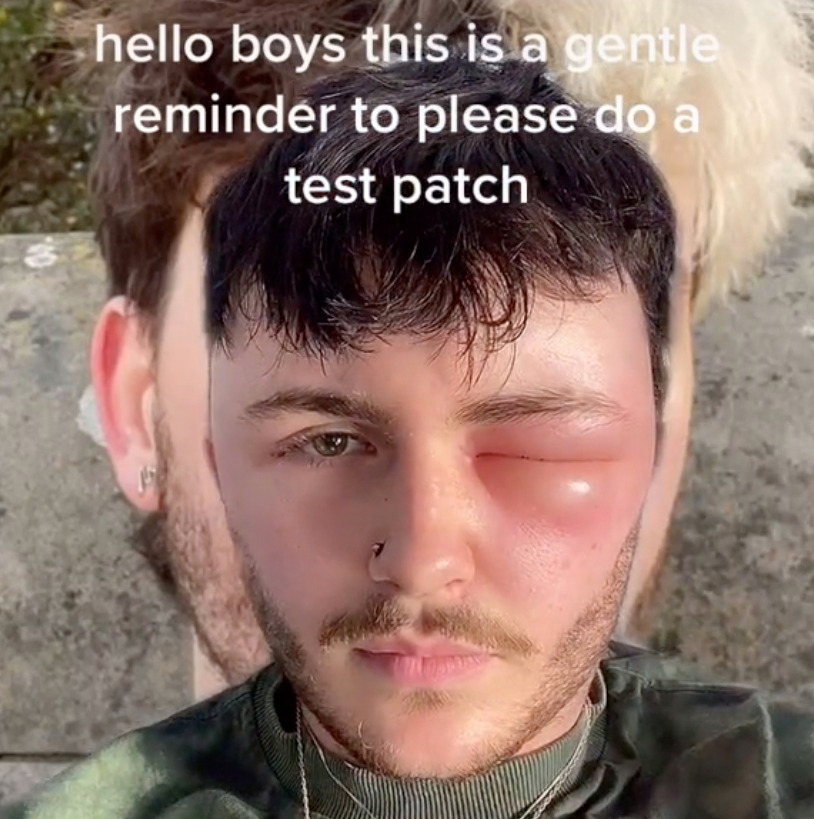 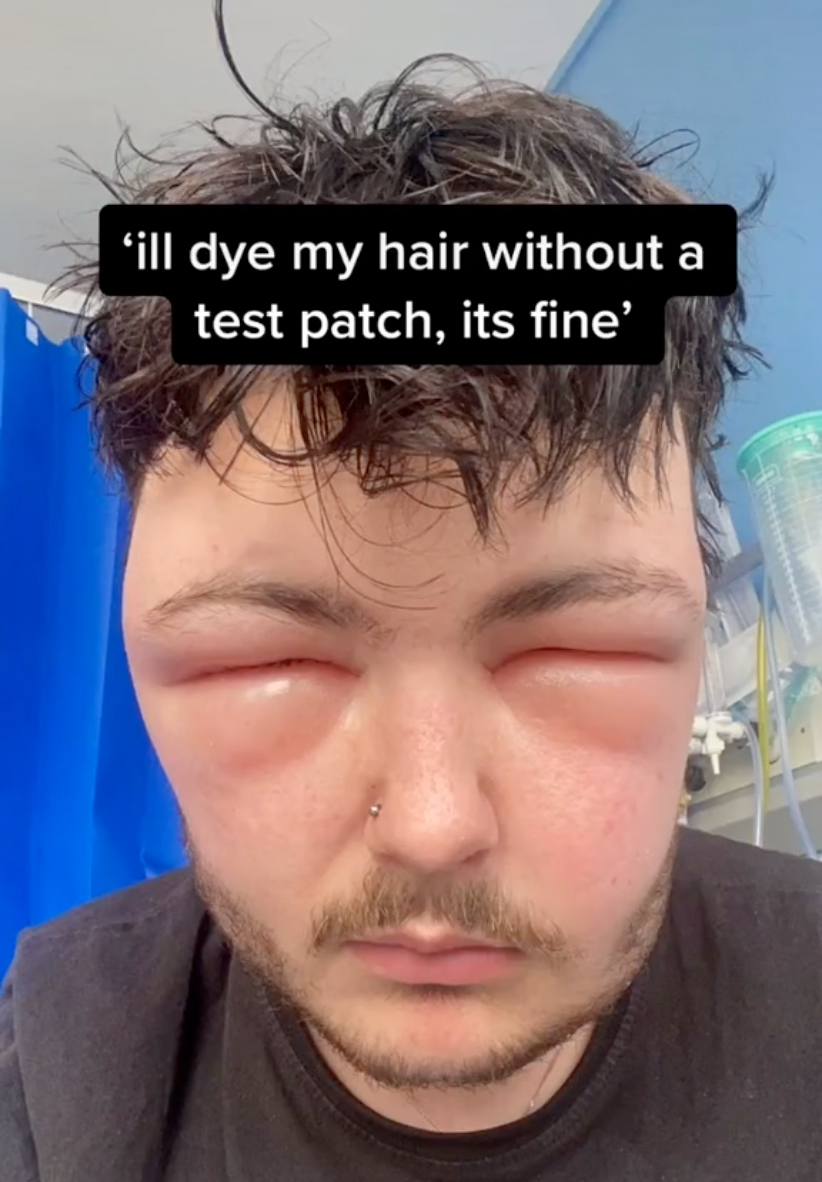 “You’re supposed to do a patch test???”, said one, while another confused commenter wrote: “I THOUGHT PATCH TESTS WERE JUST TO SEE WHAT IT WOULD MAKE UR HAIR LOOK LIKE”

The Tiktok user shocked many with his allergic reaction.

“I have no words”, said one shocked commenter.

Another viewer said: “I got so scared I literally backed away from my phone.”

Why you MUST get a patch test

A patch test usually involves dabbing a small amount of dye behind your ear or on your inner elbow. If you don’t do a patch test, you could experience:

For more hair horrors, check out this hairdresser, who was baffled as her client cheekily gave herself extra colour mid-appointment.

Plus, this woman was in tears when she MELTED a face mask into her hair while styling it – and people reckon she’ll have to cut it out.

Previously, this woman bitterly regrets getting her mum to do a lockdown dye job after her hair starts STEAMING then falls out.