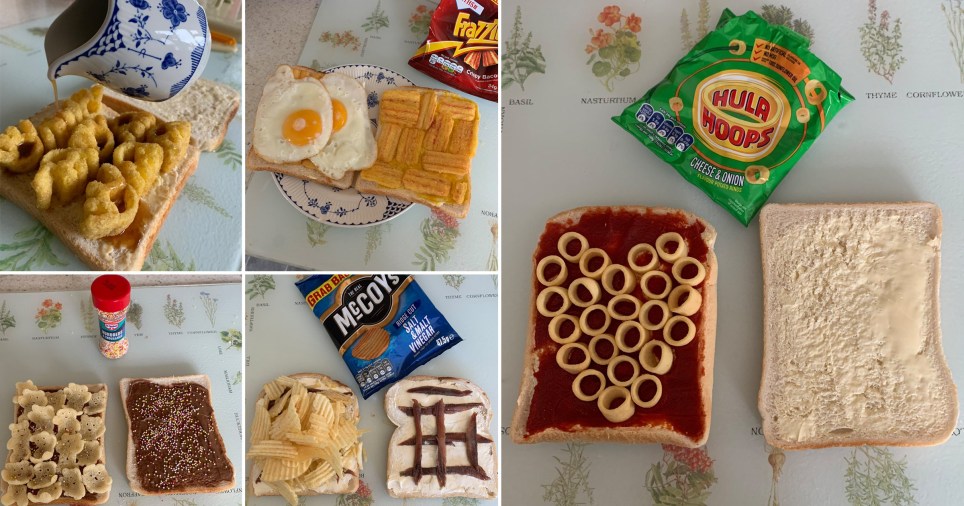 What to have for lunch or dinner is a daily conundrum, especially now that many of us are working from home.

Without the allure of a Pret or Tesco meal deal as was common in before times, many of us have had to get creative.

Ben Taylorson has approached this struggle by going back to basics. The 40-year-old from Middlesborough has been eating quintessentially British crisp sandwiches.

Ben switches it up every day, choosing a different set of crisps every day.

The librarian has challenged himself to a new variety for every day of February.

For those of you naturally wondering what today’s lunch consisted of, worry not, we have the answer.

He called the meal a winner. 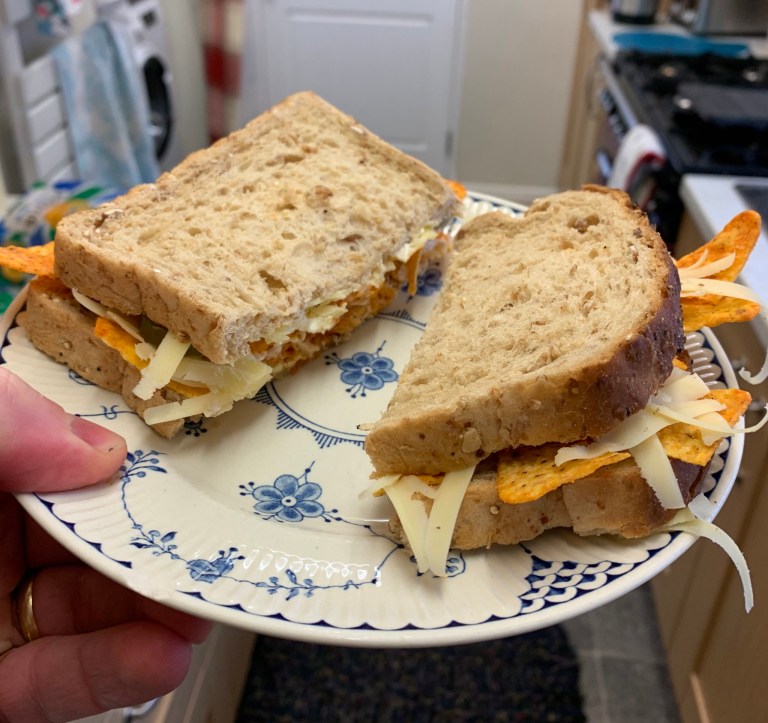 Ben is eating a different sandwich every day in February (Picture:@BenTaylorson/Twitter) 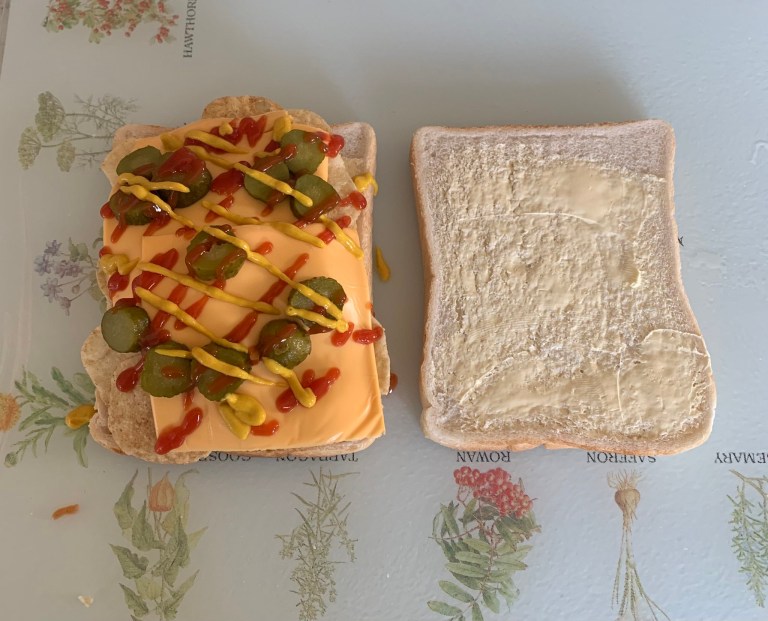 Ben tells Metro.co.uk: ‘One night at the beginning of February I was feeling a bit low, made myself a crisp sandwich to cheer myself up.

‘Put it on Twitter. More or less immediately my mate Steve got in touch to say “that’s not a crisp sandwich!” because I’d used Wotsits, which are a “maize snack” – not potato crisps (this, as I’ve found out, is a subject a fair few people are surprisingly passionate about). 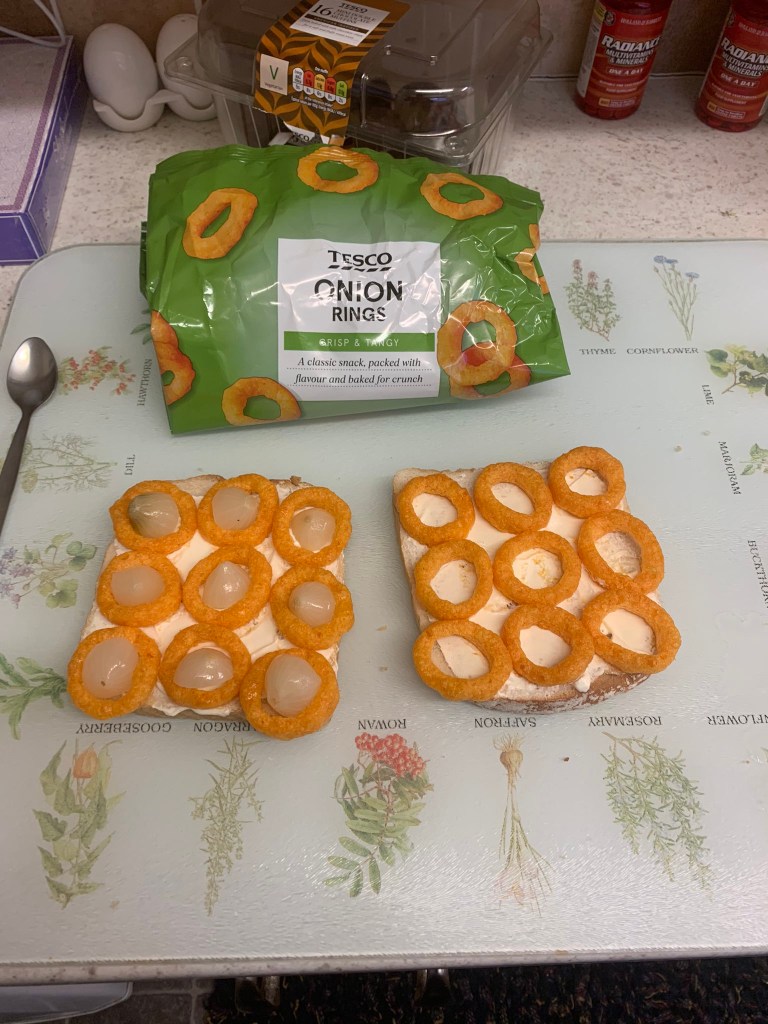 ‘So the next day I made a different crisp sandwich to wind him up, and then it was suggested I make one every day all month.

‘So I gave it a hashtag (on the back of Dry January I went for #CrispFebruary).’

The series has found instant fans.

‘Almost immediately the sandwiches became a hit on Twitter and started being liked and retweeted and commented on loads,’ says Ben. ‘And it’s all blown up from there!’ 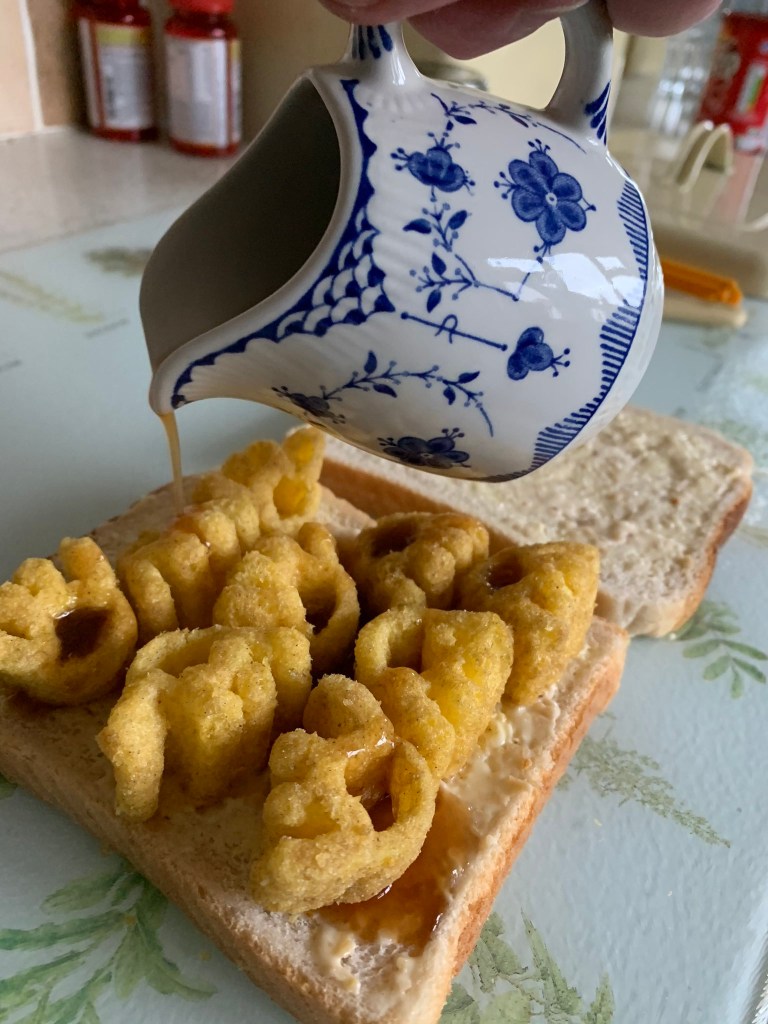 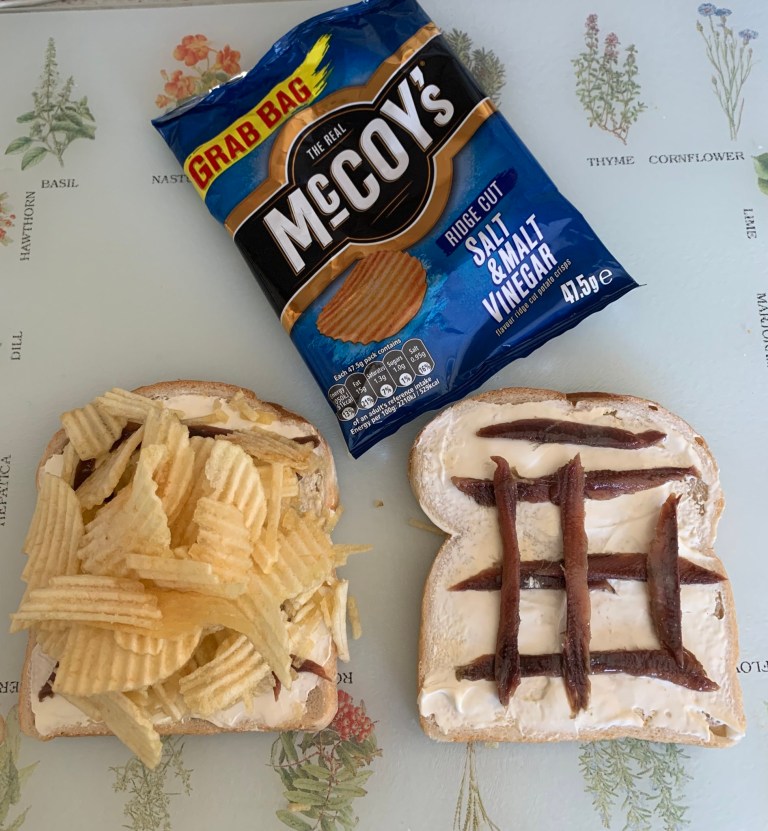 While the choice of delicacy every day might horrify some (Americans, try it!), Ben’s choices have won much support.

He added: ‘It’s going really well and I’m enjoying it immensely. It’s just a bit of fun and the divisive nature of some of sandwiches has meant a lot of people having a laugh.

‘Lockdown has been tough, so a bit of light relief has been welcome.’ 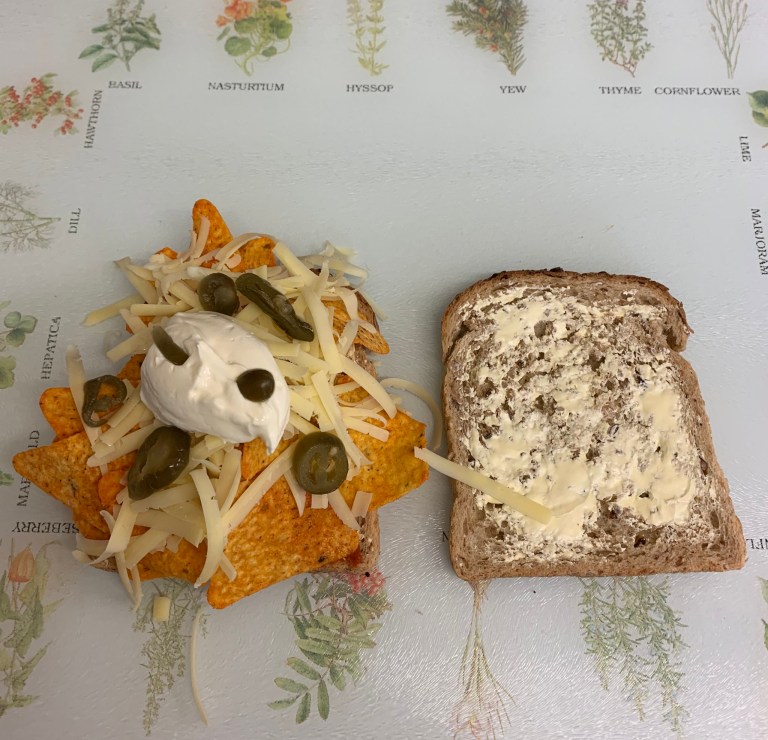 Of course, he has a favourite crisp sandwich thus far.

‘My favourite one to do was beef Monster Munch with horseradish sauce and gravy,’ he says. ‘Simply to enjoy people’s reaction! Half were horrified, half seemed to quite fancy it.

‘Other good ones have been onion rings with picked onions and cream cheese. Tortilla chips with salsa, grated cheese, sour cream and jalapenos. And beef Frazzles with mustard, ketchup and fried eggs was well received!’

Now we know what we’re having for tomorrow’s lunch. 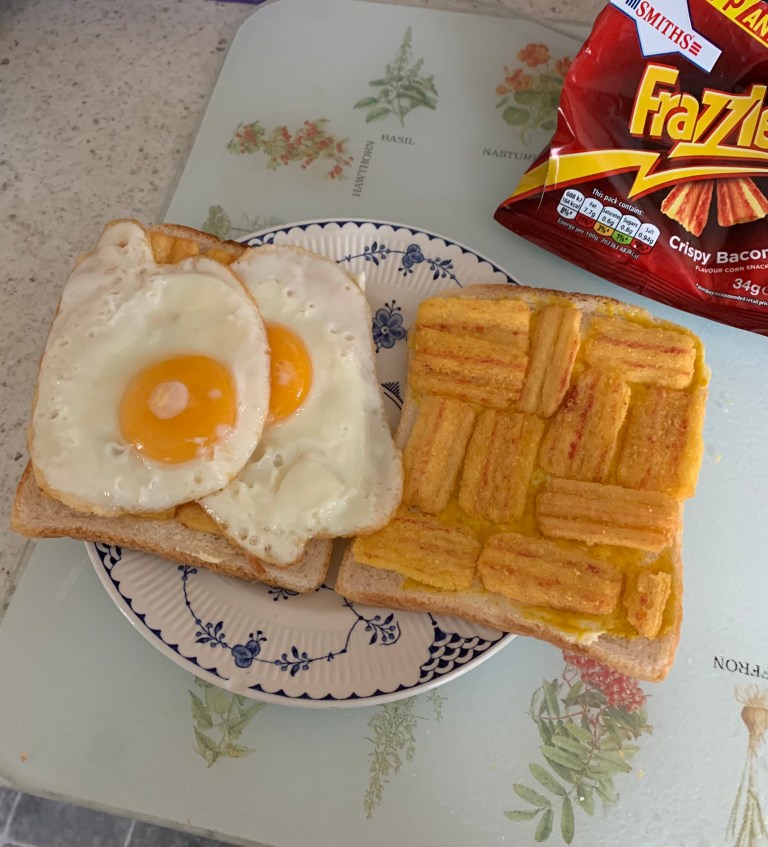 Who says you can’t add crisps to fried eggs? (Picture:@BenTaylorson/Twitter) 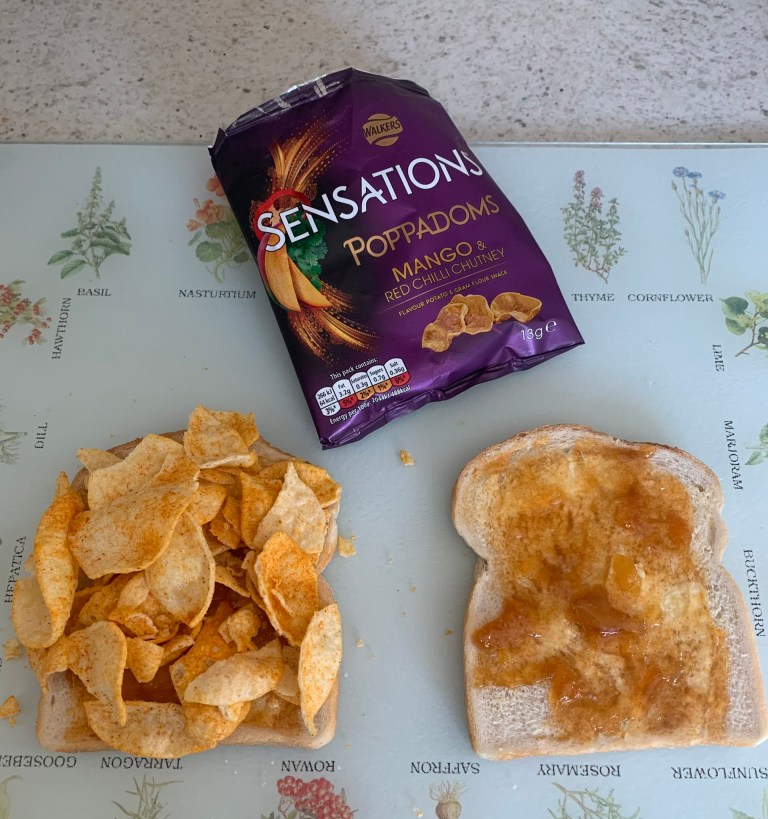 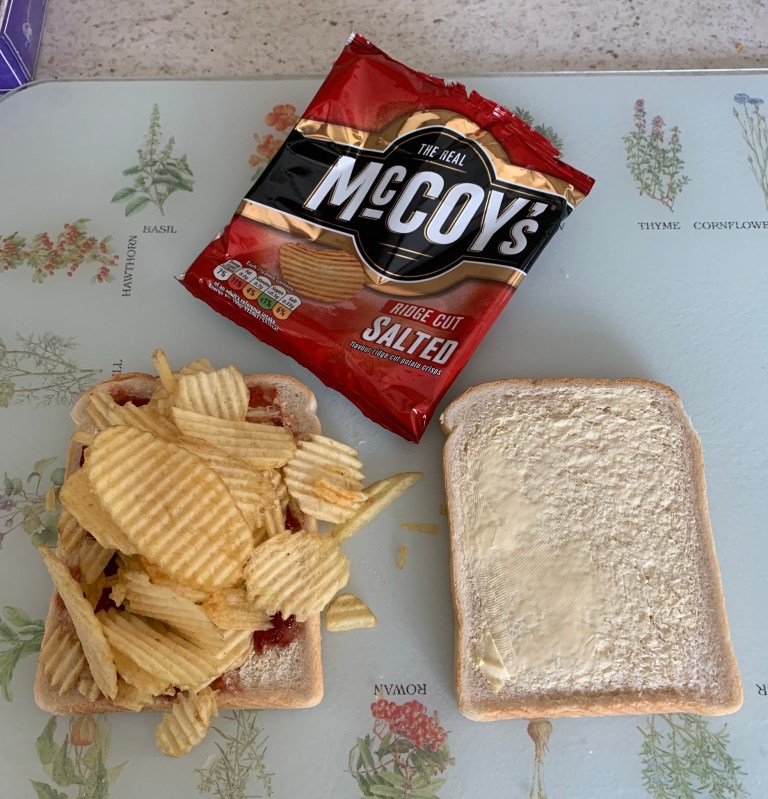 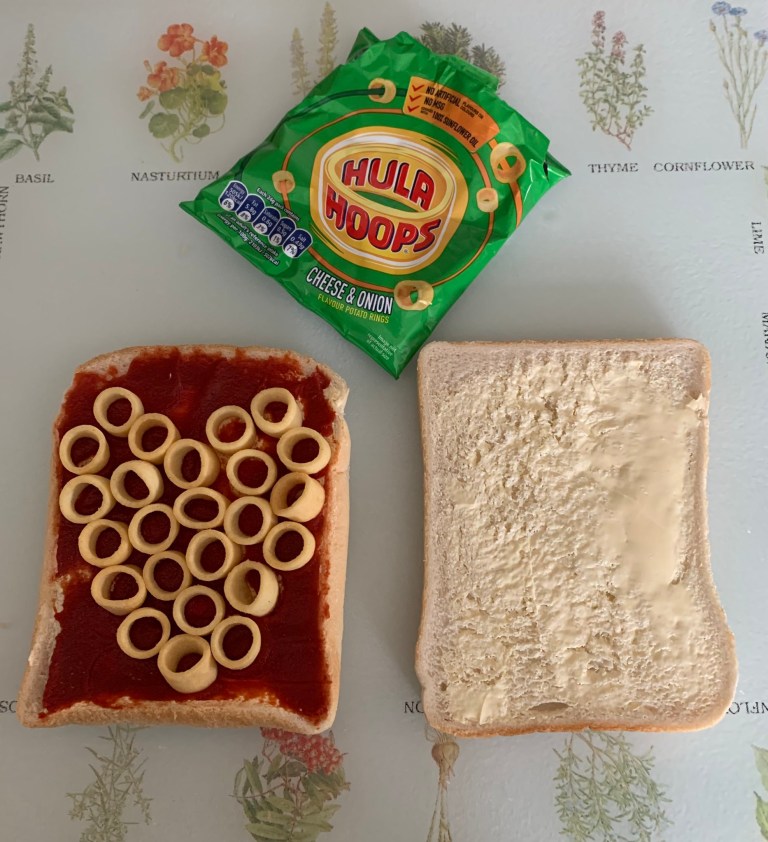 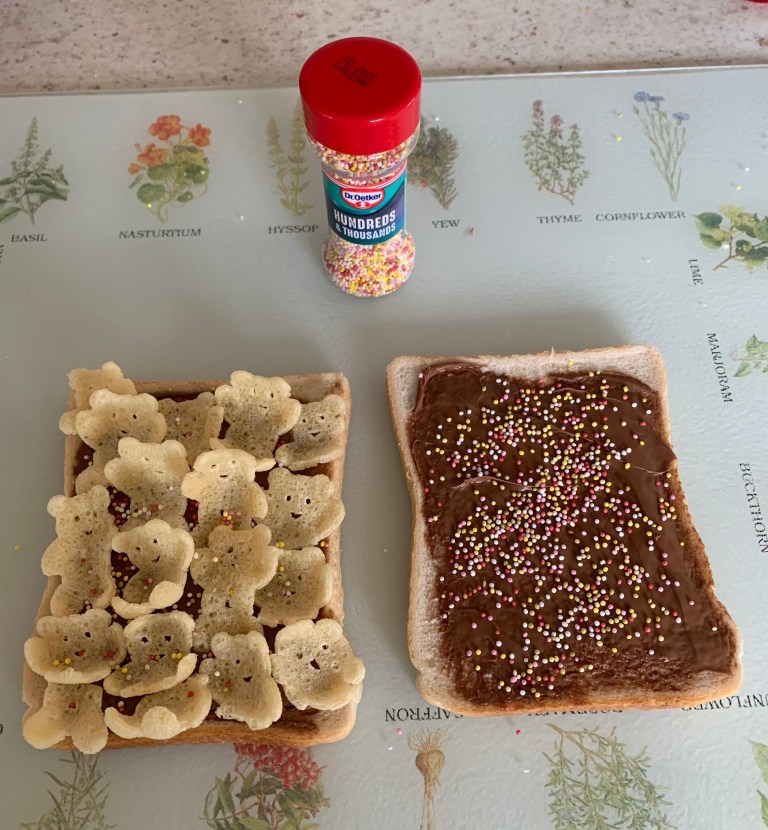 Um, are those sprinkles? (Picture:@BenTaylorson/Twitter) 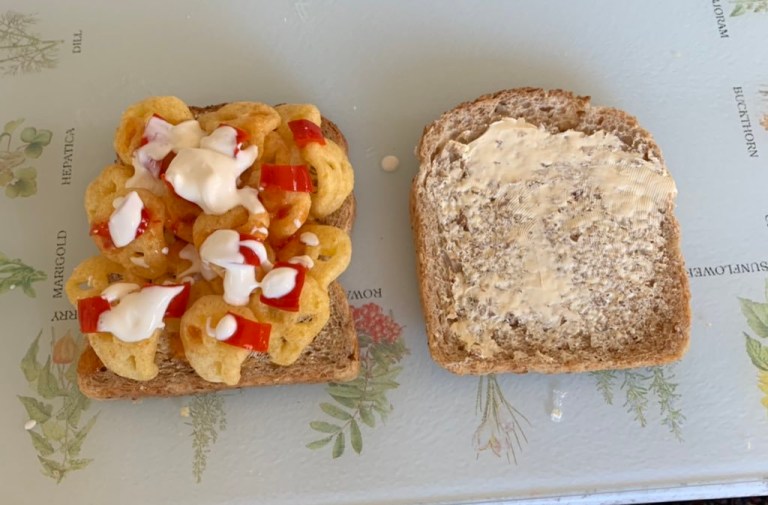 Email metrolifestyletem@metro.co.uk to tell us more.