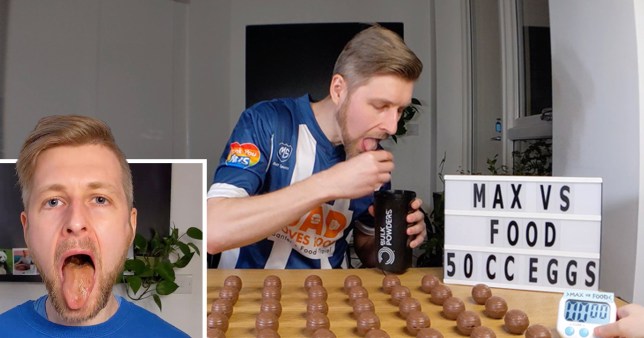 But one man who probably doesn’t want to see more of the stuff for a while is Max Stanford.

Earlier this week, he managed to scoff 50 Cadbury’s Creme Eggs in 24 minutes.

50 of the eggs contain 1.3kg of sugar but Max, from Brixton, South London, and all he had to wash them down was some water.

When asked what was the hardest part Max said: ‘It was definitely the shell, you’d think they’d not be too bad – I even thought that after eating one beforehand in about 10 seconds easily. 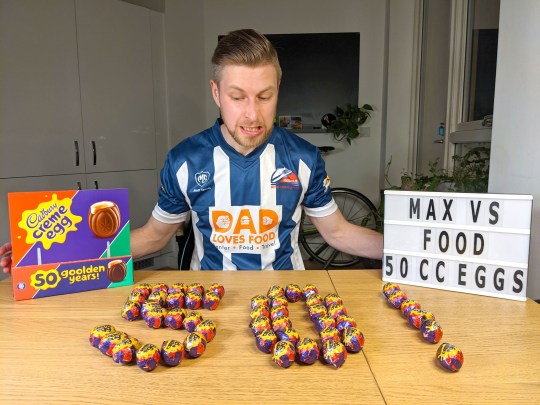 ‘But they’re so dense and hard, you have to really chew before you get to the centre that’s really sugary and thick. It’s basically really hard to eat chocolate fast.

‘After about 20 the sugar rush hits you and while you might not necessarily feel full your body is just like “I don’t really want that.”‘

The next day, he was still feeling the effects of the challenge.

He said: ‘It’s a bit like if you had a big drinking session, your body is telling that “you can’t function that well on this.” 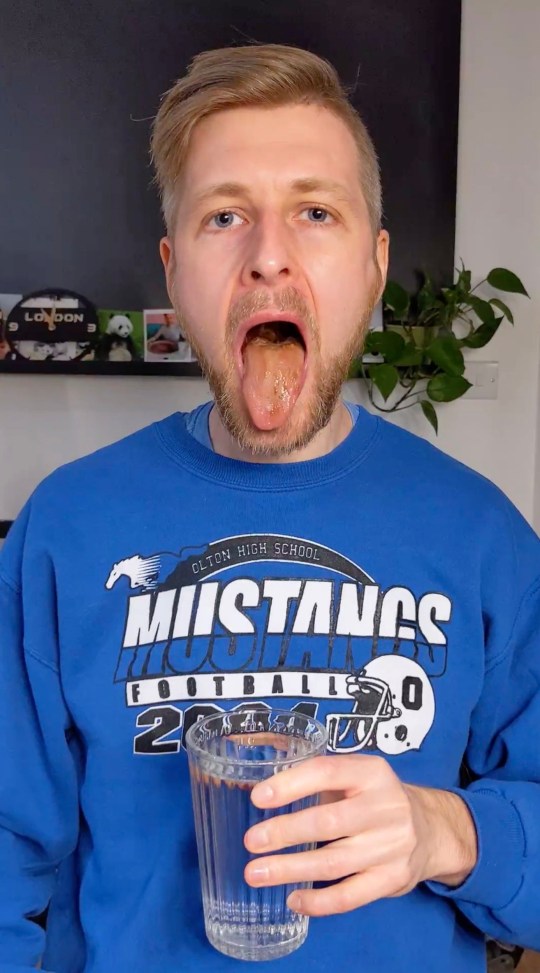 ‘It’s weird because there are so many calories in them despite there not being much quantity, so you feel full but you don’t at the same time. You know you don’t want to eat anymore and have a sugar crash the next day.

‘You want to be hungry then, because they’re not nutritious and you’re running on empty calories.’

However, despite the lack of a much-needed cup of coffee Max managed to nail a strategy for getting the chocolate treats down.

He said: ‘I had water – It sounds weird – but warm water helped break it down a bit, but by the end, I was also drinking lots of different types of milk and things like that as well to mix up the flavour too.’

He was inspired by competitive eaters online and the classic film Cool Hand Luke so he filmed it all for his Youtube channel – Maxvsfood.

He plans to recreate it next year, but is thinking of using different varieties of eggs to change things up.

However, while it was hard Max admits for some it could be a dream come true, he said: ‘As a kid, I used to love getting all the different Easter eggs so I suppose this is a kid’s dream come true to be able to eat 50.’