MANCHESTER CITY have ruled out a summer move for Declan Rice.

City boss Pep Guardiola is believed to be a huge fan of West Ham’s England midfielder.

And with club captain Fernandinho expected to leave City at the end of the season, a move to the Etihad seemed Rice’s most likely destination.

But the champions’ priority is now a striker, with Borussia Dortmund’s Erling Haaland the top target.

West Ham have made it clear they would not be interested in selling Rice anyway during the close season — with Chelsea and Manchester United also strongly linked.

Even though he has yet to commit himself to a new deal at London Stadium, his club still value him north of £150million. 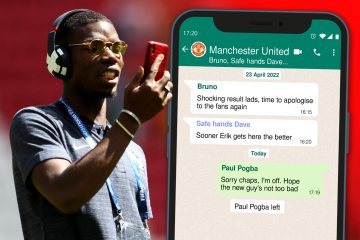 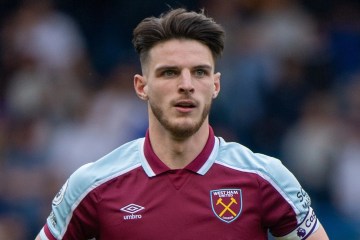 That value is likely to plummet if he continues to resist the Hammers’ efforts to tie him down to a long-term contract.

He has two years left on his current terms, while the club have the option of extending it by another 12 months to summer 2025.

Guardiola must decide whether to bring in a defensive midfielder if 36-year-old Fernandinho does end his nine-year stay at the Etihad.

He still has Rodri and Ilkay Gundogan – with the German soon heading into the final 12 months of his current contract.

Earlier this season, Rice outlined his ambition to win every trophy available in football, telling Gary Neville’s Overlap: “The main one for me is that I don’t want to have a career where I’ve not won anything.

“I’ve grown up seeing all these top players win all the big trophies, like yourself, winning the Premier League so many times and the Champions League.

“Me as a football fan, and also as a player, I want to win the best stuff.

“I want to win the Premier League, I want to lift that trophy.

“I want to win the Champions League, the FA Cups, the League Cups, even stuff with England, I want to win it all.”