When lockdown eased, I told myself, I’d begin my adventures in eating out again in Liverpool. Perhaps that’s not the obvious choice for most people, but my father is a Scouser, and since he can no longer speak, there is something about landing in Merseyside, the way people there simply are and the rhythms of their dialect that makes me feel suddenly at home. Even the receptionist at the Pullman just talking me through the hotel breakfast times felt like a cuddle.

An hour later, across Albert Dock at the taqueria Madre, I see a man in his 70s out celebrating his daughter’s birthday with his family and staring in bemusement at a table laden with tuna tostadas and baja cod tacos. His splutters felt ever so familiar – they were like my father’s when we tried to take him farther than the Toby Carvery. Of course, as I age, too, I now can’t decide what words were heard in my living room in the 1980s and what were in fact Bobby Grant nagging Damian and Barry in Brookside, because those characters felt for a time like close family, too.

Madre’s grilled red shell-on prawns in jalapeño comes with ‘a slick of buttery goodness at the bottom of the plate’.

Billions have been spent on rejigging and rebuilding the city, and there’s an increasingly vibrant restaurant scene. In fact, a day that involves lunch at Pilgrim on Duke Street, dinner at Belzan on Smithdown Road, with a scoot around Harvey Nichols in Liverpool One Shopping Centre in between is very possibly my favourite leisure day ever. But I never nag foodie people to hurry up and visit the city, because it has a mysterious, uncharted quality that makes outsiders narrow their eyes, say, “It’s nice there? Really? And there are restaurants?” then sail past to the gastropubs of the Ribble Valley or the more lavishly publicised Michelin joints of Ancoats in Manchester.

And that’s fine by me, because it means I’ll be first in line for a table at Luke French and Stacey Sherwood-French’s latest venture, Nama, in the new GPO food hall at the new Metquarter development. It also means I’ll be able to get a table all summer long in the suntrap courtyard at Madre and drink their powerful “green wasp” margaritas made with Tapatio tequila, cucumber, coriander, habanero and agave. As Liverpool, like the rest of the country, recently reopened, at first for outdoors drinking only, I heard reports that Madre was thriving, albeit more as a bar than a restaurant. In the months to come, however, they may need to lure back diners, because on the Wednesday I went, now that we can finally eat indoors again, the tables in this Grade I-listed building were relatively empty.

Right now, Madre feels more like a boisterous bar with a nod towards the bottles of Valentina hot sauce on each table, but the food menu is nonetheless ambitious, much as you’d expect from the folk behind Belzan and the now-closed Volpi going into a collaboration with the people from Breddos Tacos in London. 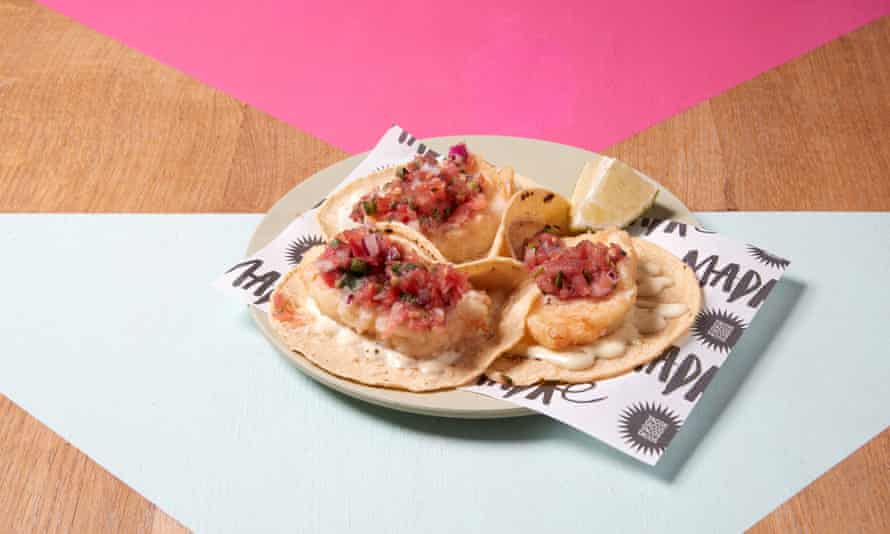 The tuna tostada, for example, is a fearsome, black plate of sashimi-grade tuna loin marinated to the colour of midnight in soy, mirin, agave and habanero, then topped with an avocado puree and large, roughly chopped slices of green chilli. On the menu, it sounds intriguing, but on the table it needs a more delicate balance, because this is fine fish being bombarded with noise. Baja fish tacos are certainly prettier, with tempura Atlantic cod perched on a subtle jalapeño aïoli and salsa; after a good slosh of that hot sauce, they’re most definitely decent.

A large sharing plate of barbecued pit-roasted sweet potato and cauliflower arrives in salsa matcha butter with spring onion and feta. The cauliflower is semi-hard, which makes me think the kitchen is maybe having an off day, but we move on, undeterred, to a large sharing bowl of shell-on prawns on a bed of soft mango and radish and swimming in emerald jalapeño and roast garlic butter. That slick of buttery goodness at the bottom of the plate is the most delicious thing we eat all night; the side of refried beans, meanwhile, is finely pulped and a little forgettable. 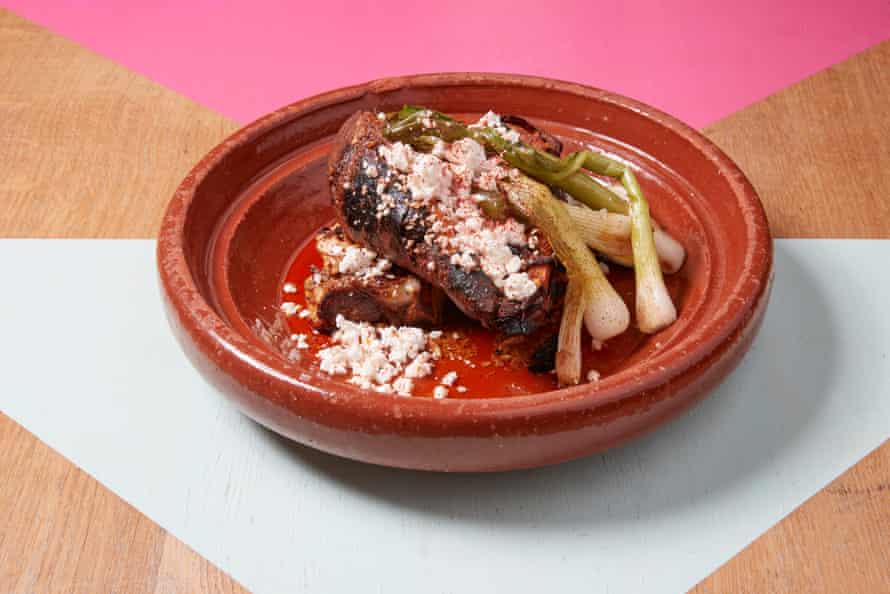 At this point, I ditch all plans for dinner and order two incredible Café Madre cocktails, made with popcorn-flavoured vodka, Patron XO café, Nixta coffee liqueur and espresso. I have a strict one-only rule with any espresso-based martinis, because one is always delicious and evening-transforming, two always feels like a good idea but is really one too many, while after three there’s a risk that by the end of the night you’ll be plotting a coup in a faraway country.

As we leave, the courtyard is in full swing with people laughing and drinking and being together. Right now, Madre is an unmissable cocktail bar where the food has taken a back seat. But it’s fun, it’s definitely open and it’s making many, many Liverpudlians happy. And, right now, that’s about as good as it gets.

The Guardian at 200: as part of our digital festival, Grace Dent will be in conversation with Jessie Ware on Monday 14 June. Book tickets here