MACAULAY Culkin’s longtime girlfriend Brenda Song was spotted out in Los Angeles on Monday wearing what looked to be a massive engagement ring on her left wedding finger.

The pair have been dating since 2017.

Brenda Song was spotted out in LA wearing what looked like an engagement ringCredit: MiS3

The massive diamond was seen peaking out from her coat sleeveCredit: MiS3

She has been dating Macaulay Culkin since 2017Credit: Getty – Contributor

Brenda was seen wearing a long red jacket over a black dress and leather mules.

She held her phone – covered in a lavender case – in her right hand while her empty left hand peeked out from beneath the sleeve of her jacket.

Her diamond ring-clad hand was just visible as she ran her errands.

Macaulay, 41, and Brenda, 33, welcomed their first child together, a baby boy named Dakota, in April.

Neither Brenda nor Macaulay has posted about an engagement.

The pair are notoriously private about their romance, as well as their son.

Macaulay and Brenda met in 2017 on the set of Changeland.

In early 2020, the pair revealed that they were working on starting a family.

The former child star told Esquire magazine that he and Brenda would “practice a lot.”

He said: “We’re figuring it out, making the timing work.

“Because nothing turns you on more than when your lady comes into the room and says, ‘Honey, I’m ovulating.'”

Brenda was seen out and about for the first time after giving birth the following month.

She held Dakota close in a blanket while they went out on a walk.

Macaulay and Brenda shared the news with Esquire, saying at the time: “We’re overjoyed.”

The duo live together with their son and three cats – Apples, Dude, and Santa. They also have a fish named Cinnamon.

Macaulay and Brenda named their son after the actor’s late sister.

The family told TMZ after the accident: “We can officially confirm that the victim is Dakota Culkin.

“This is a terrible tragic accident. We have no further comment at this time.”

The pair are notoriously private about their romanceCredit: MiS3 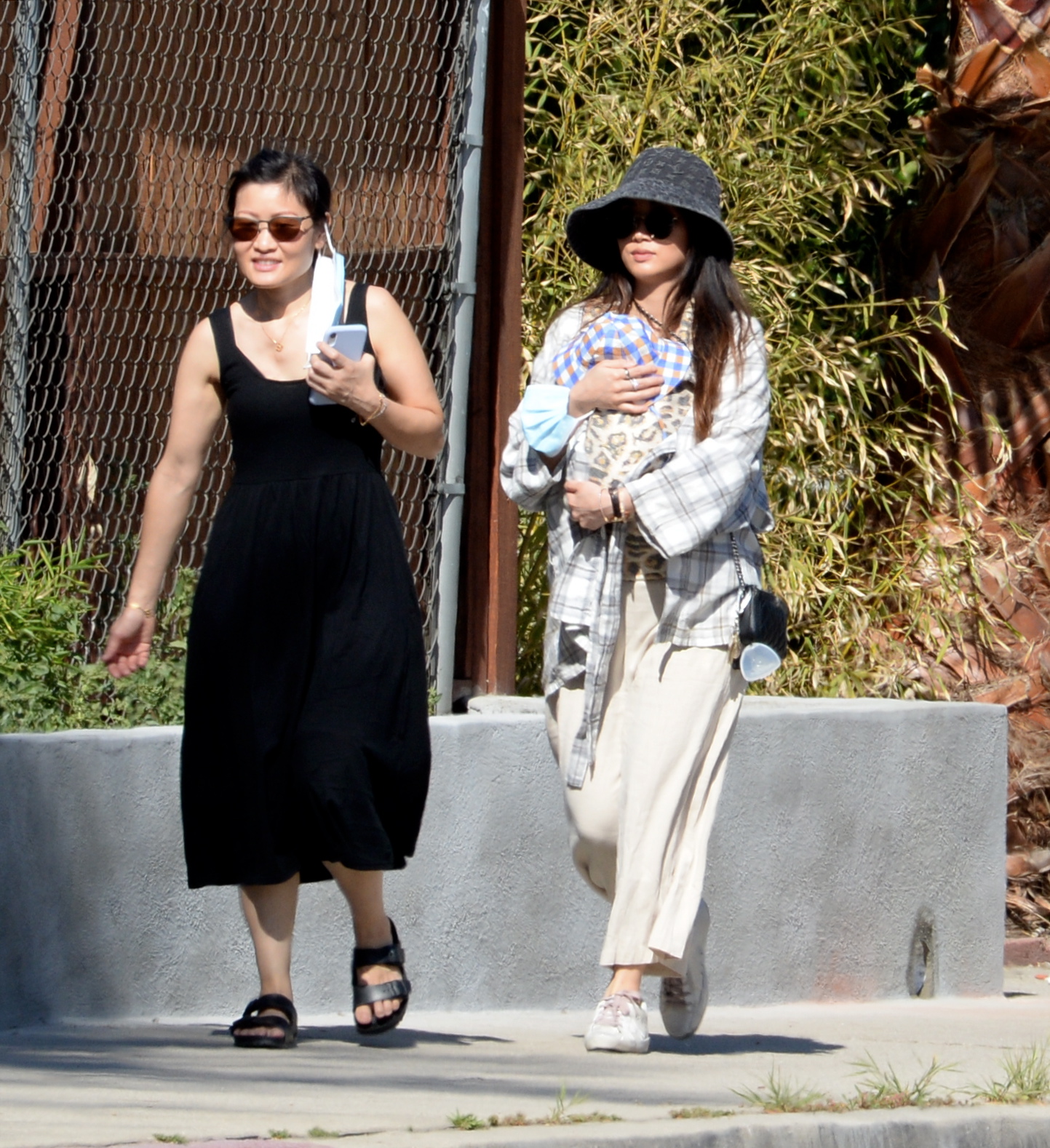 They secretly welcomed their first child in April 2021Credit: The Image Direct