LOVE Island fans have slammed a “snake” Islander as they’ve suggested one by is “playing a tactical game” to stay on the show.

Viewers fumed that Jay Younger was trying to couple up with new bombshell Chyna Mills after getting cosy in Casa Amor.

Fans have slammed Jay for “playing a game” with ChynaCredit: Eroteme 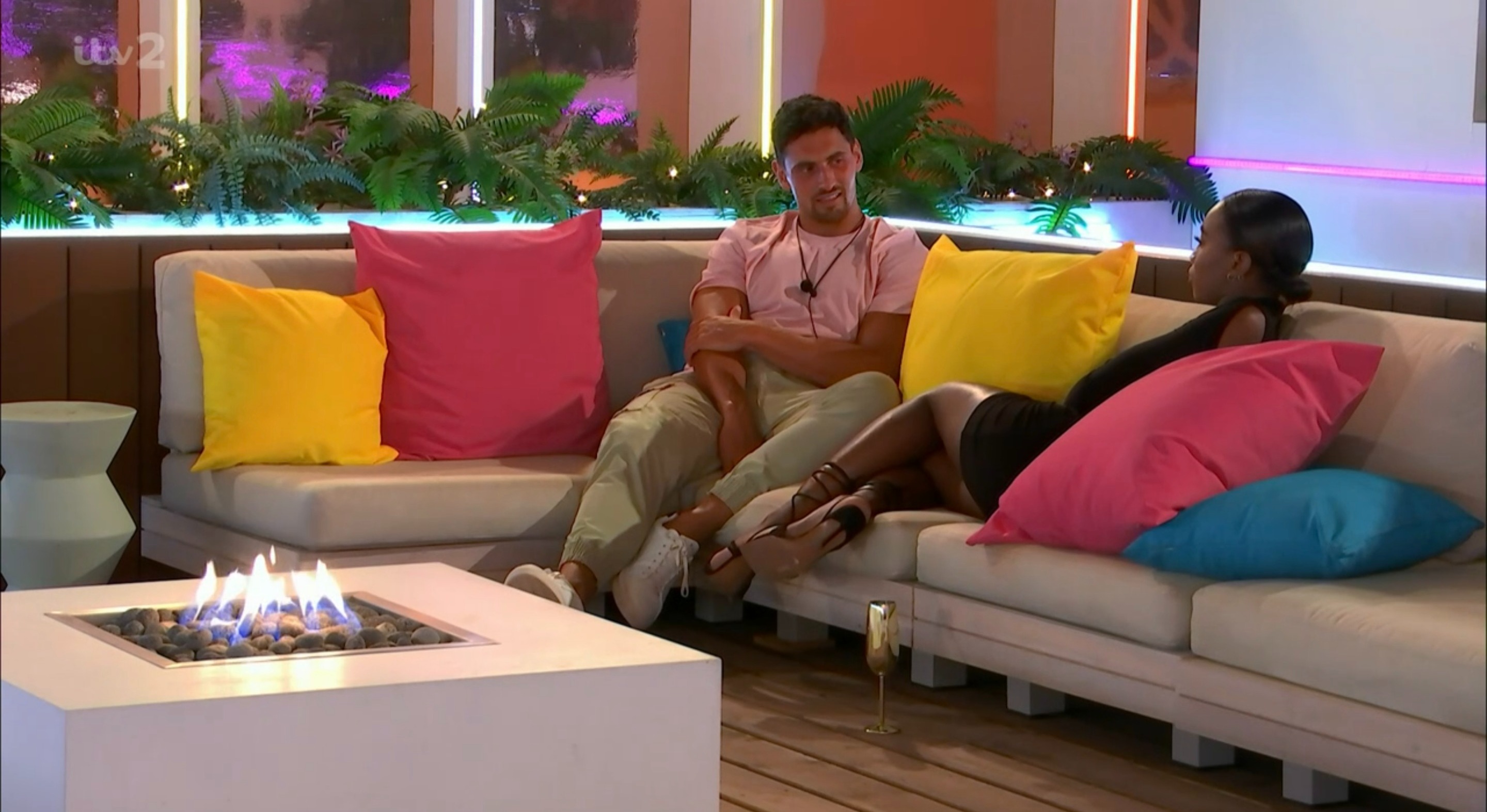 The star has been getting close to the new bombshell in Casa AmorCredit: Eroteme

Love Island fans watched on as Jay, 28, got busy getting to know Chyna, 23, despite being couple up with Danica Taylor.

Jay and Danica, 21, were left together at the end of the last re-coupling, after all the other girls and boys coupled up.

It’s meant that the bombshell investment analyst has been trying his best to get to know the new girls and find love.

After taking a fancy to Chyna – fans are convinced that Jay is going to try and couple up with her and re-enter the villa alongside her.

However, viewers are convinced that Jay has an ulterior motive, and is just playing a “tactical game” in order to not be voted out.

“I think Jay doesn’t have a type, he’s a big game player,” one said on Twitter, as a second chimed in: “Jay is a game player. Plan working.”

“Jay is the biggest game player. It’s actually hilarious. He wants the public vote BADLYYY,” a third chimed in.

“Sorry but I don’t trust Jay I think he’s tactical/playing a game,” a fourth said, as a fifth concluded: “He’s so fake and he’s a snake.”

It comes after Love Island fans were left confused after Jay seemed to “disappear” from the villa amid the Casa Amor drama.

Viewers noted how Jay, 28, was given very little screen time as the boys were introduced to six new single girls.

Taking to Reddit, one fan asked “what’s going on” as they noted how they barely saw the investment analyst in any of the scenes

The Islander is currently coupled up with Danica Taylor after the latest re-coupling, where Paige Thorne chose Jacques O’Neill.

Paige, 24, had been stolen away from rugby star Jacques, 23, by Jay – but their romance failed to blossom and things went cold.

With fans excited to see if Jay could find love in Casa Amor, they were left disappointed when he “disappeared” from the episode yesterday.

“Apparently even his sister on Twitter was asking where he was,” one fan wrote. “I wonder if his chats weren’t spicy enough.”

A second said: “I think he’s going to be shown talking to a girl, maybe kissing her but nothing else. There’s no drama.”

“Jay has been set up to be the next male dumped from the villa,” a fourth added. “Once he fumbled it with Paige, he was done for.”

It comes after Jacques was slammed for his “cruel and disrespectful” comment about paramedic Paige in the latest episode.

Fans of the ITV2 dating show flooded social media to complain after he jokingly pretended he didn’t know who she was.