We’re not saying we’re cheapskates or anything like that, but nothing tastes quite so delicious as free food especially when it’s a Tommi’s burger or a Yorkshire Pudding with a cheesy dip or a waffle bite with white chocolate sauce.

And we’re certainly ready to pay the £5 they’re asking across Camden Market for everything from Mexican chilli to Argentinian sandwiches.

We’re actually making ourselves hungry here. We might even pay full price for the new A Tiger Came To Tea And Buns in Chinatown to celebrate the Chinese New Year Of The Tiger. What sign are you?  We’re a Rat! As if you had to ask… 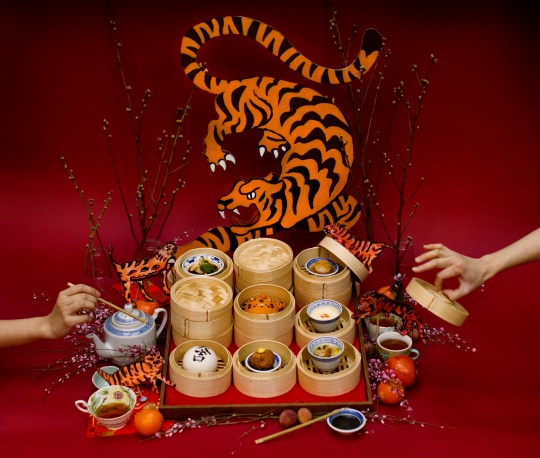 Celebrate the Chinese New Year in style – well it is Year of the Tiger – with a British/Chinese fusion mixing the very English tradition of high tea with the very best in Chinese buns at Bun House where they are launching The Tiger Who Came for Tea and Buns menu, to celebrate.

It’s a one-month-only affair and you get a selection of their themed buns with some smaller sweet and savoury snacks all washed down with traditional Chinese teas.

Founder Z has even come up with a special savoury tiger bun that has a tail! And don’t worry, they’ve come up with their own creative take on the scone with clotted cream and jam…

Too wanderful for words 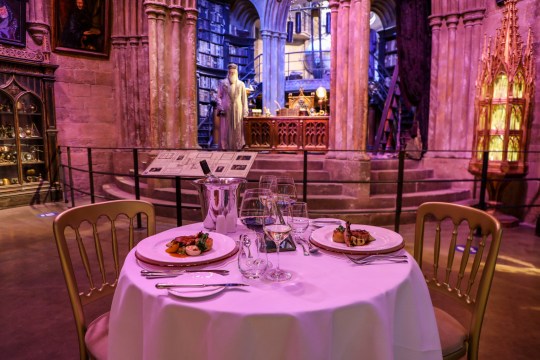 You don’t have to be a card-carrying, round-spectacles-wearing Harry Potter fan to know that the prospect of dining à deux in Dumbledore’s office is something a bit special, even more so as it happens on Valentine’s Day.

It’s part of Warner Bros’ annual Valentine’s Dinner in the Great Hall event and you stand to get welcome drinks and canapés before being escorted to your three-course meal in the office of the great man himself.

Then, when you’re finished, you get to join the Muggles enjoying their Valentine’s dinner. Oh and you get a wand of your choice to take home as a souvenir. 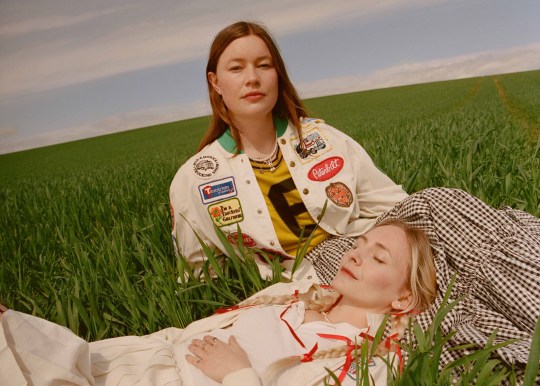 Thank you for the music

Some of our best nights out have been at independent music venues getting on down to the latest, coolest bands, some so cool we hadn’t even heard of them ourselves and the drinks so plentiful there’s no way of remembering now.

And that’s why we’re more than happy to join in the celebrations of Independent Venue Week, which starts on January 31.

With performers like Yard Act, Melt Yourself Down and Wet Leg taking part in 375 gigs across 190 venues in London and the rest of the UK, there must surely be something to float your particular boat.

Or just take a punt on a band you’ve never heard of. 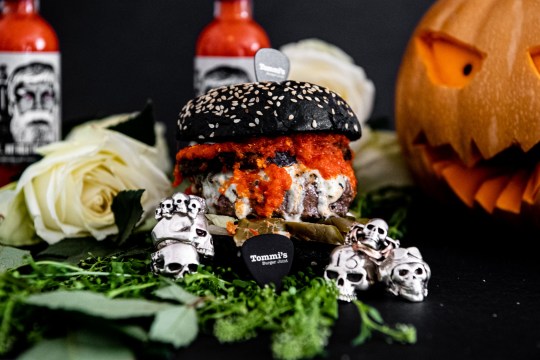 Ready to celebrate the end of all restrictions on our fun when it comes to pass on January 27th?

Well, why not do it with a free burger courtesy of Tommi’s Burger Joint in Soho?

We’d love to! To mark the end of Working From Home, Tommi’s are giving away 100 free burgers at lunch break (remember when lunch breaks didn’t just mean a sandwich and Loose Women?) and all you have to do is download their new app and order the Straight Outta Lockdown Burger with the code FREEATLAST.

The app also allows you to skip queues by ordering in advance to eat in or take away. See you down there. 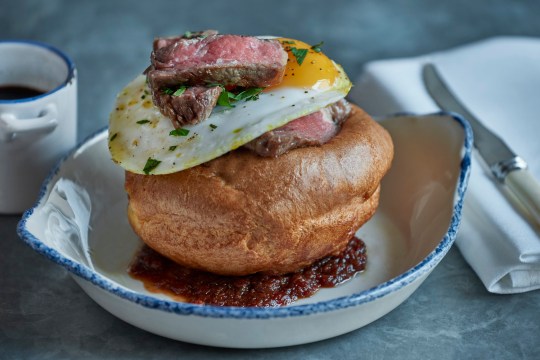 And what better way to do it than by scoffing down complimentary YP at Gillray’s Steakhouse & Bar, where they are taking the lead with celebrations, serving every diner free Yorkshires with a cheese dip.

It’s all an excuse to lure us (and we don’t require much luring) to try their revolutionary Yorkie Club, a club sandwich made from a Yorkshire pud!

Tomato chutney, bacon jam and aged sirloin steak slices topped with a duck egg and red wine jus. We are so in! 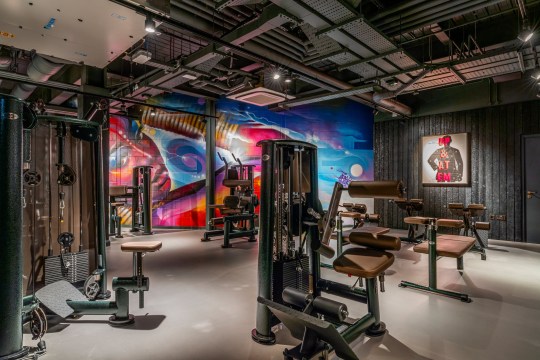 There’s more to John Reed than a simple workout, you know. John Reed is all about music and fashion and street art and design and – yes, there’s no getting away from it –workouts.

They like to think of it as a club-meets-workout and, what with live DJs providing beats, they have a point.

With classes that range from Jazz Barre through Rocket Yoga to Box Endurance and Inferno Pilates, it’s a fresh take on grunting away in Lycra.

And now is definitely the time to give it a try as they are offering 20% off membership with no sign-up fee, so you just roll from month to month and dip your toes in all those classes. 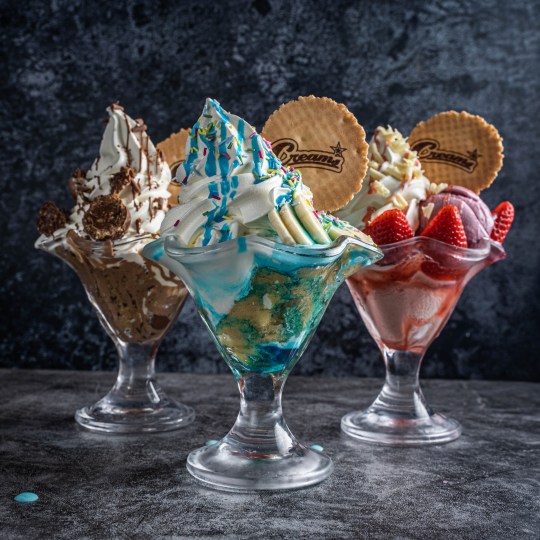 Cream of the crop

On our pilgrimage around the capital to find free food, we will be stopping off this Saturday at the new Creams Café outpost in Royal Wharf to chow down on complimentary waffle bites with white chocolate sauce to celebrate the grand opening.

We’re already big fans of the CC crew – you can’t beat their rainbow-coloured sundaes, waffles bigger than your head, super-loaded doughnuts and epic milkshakes, with plenty of vegan and gluten-free options – so we’re more than happy to snarf down their waffle bites while we wait for our desserts to turn up… and then slip into a carb coma on the way home having Insta-ed the hell out of ourselves in Creams Café’s dazzling interiors. 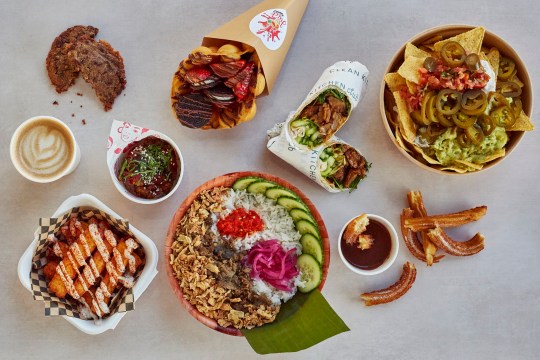 And if we can’t get our sticky mitts on free food, then let’s get our chops around some bargainous bites down at the Munch Club at Camden Market, which takes in Camden Market, Hawley Wharf and Camden Markey Buck Street.

At Munch Club, more than 80 foodie outlets – Mac Factory, Clean Kitchen, Baozin, Shrimpy – across those three venues will be offering up £5 deals.

That means a Shiratama Sundae at Tsujiri, an Argentinian sandwich from Asador, Indonesian from Rendang + Rice or spiced lamb chilli con carne at Meathead Mexican.

Travel the world, fill your boots and still have enough to splash on an Uber. We know we are.