THE events of this year have caused many singleton’s to put their love life on hold, or find alternative ways to meet Mr or Mrs Right.

And Jodie Weston, who has appeared on Channel 5’s Rich Kids Go Skint, has spoken out about her lockdown horror stories and said over a hundred pervy guys have sent her d**k pics and that many have “let themselves go”. 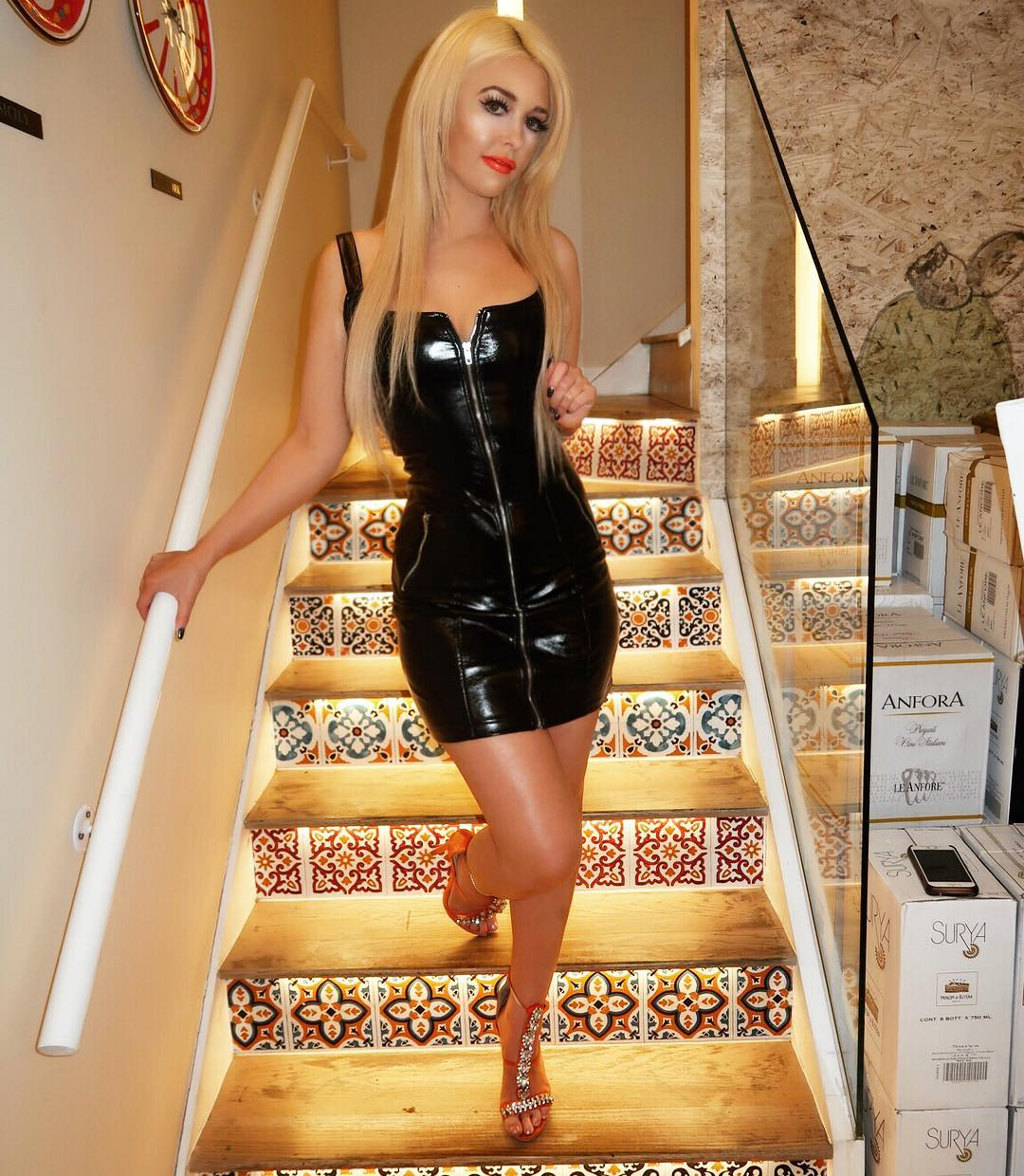 The 27-year-old Instagram influencer even said she’s been hit on in the supermarket and while on a Zoom date with a bloke, his girlfriend walked in.

Like many modern-day singletons, Jodie uses Tinder in her search for a potential partner, with lockdown bringing a string of bad dates.

With the pandemic sweeping across the UK, the DJ and radio presenter from London has resorted to online and virtual dating – but it’s been a complete disaster (something many single people can relate to).

“Since the start of the pandemic, I’ve been on around eight dates,” Jodie, who has nearly 100,000 followers on Instagram said. 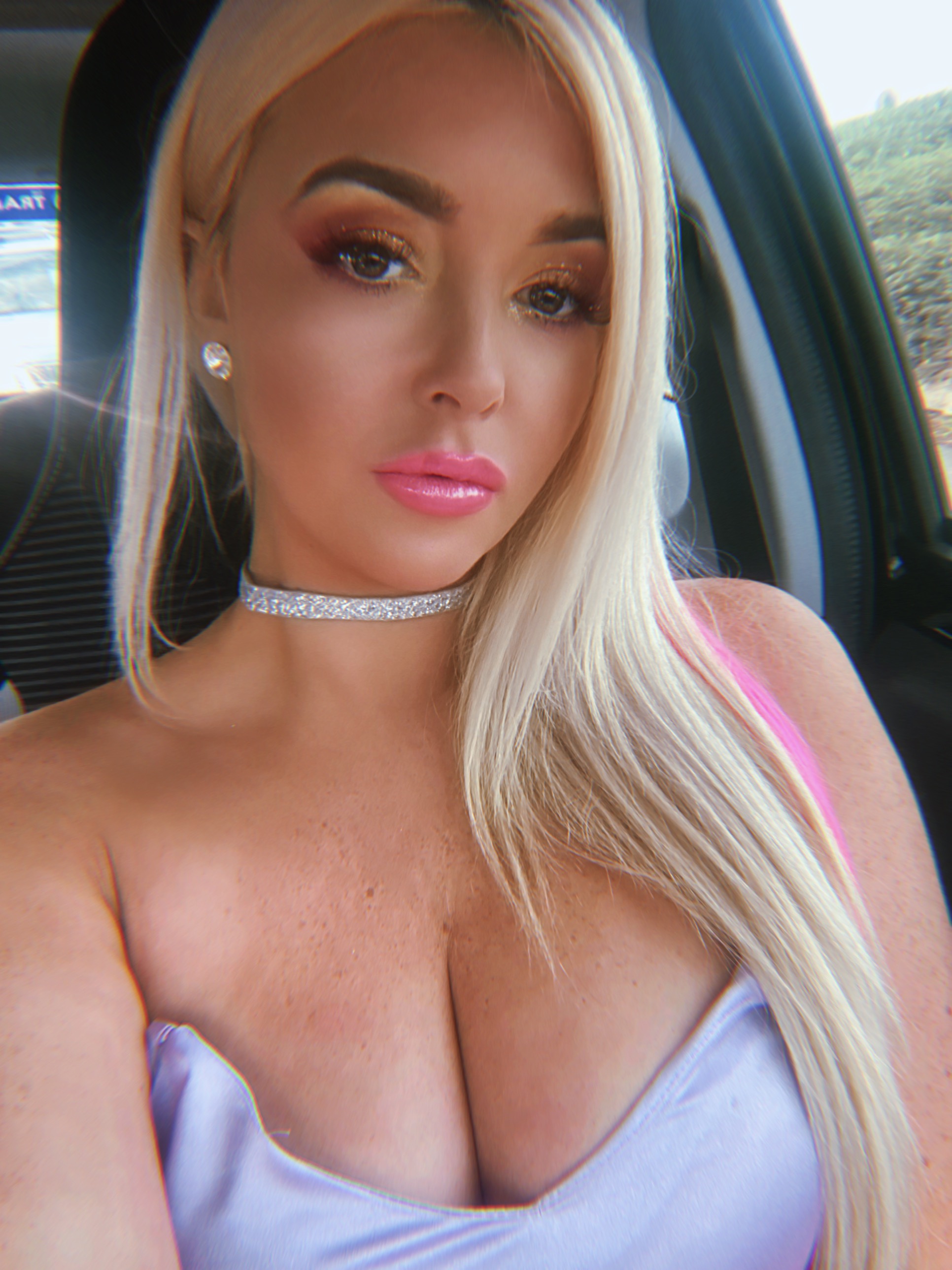 The 27-year-old Instagram influencer said lockdown has been bad for datingCredit: Jam Press 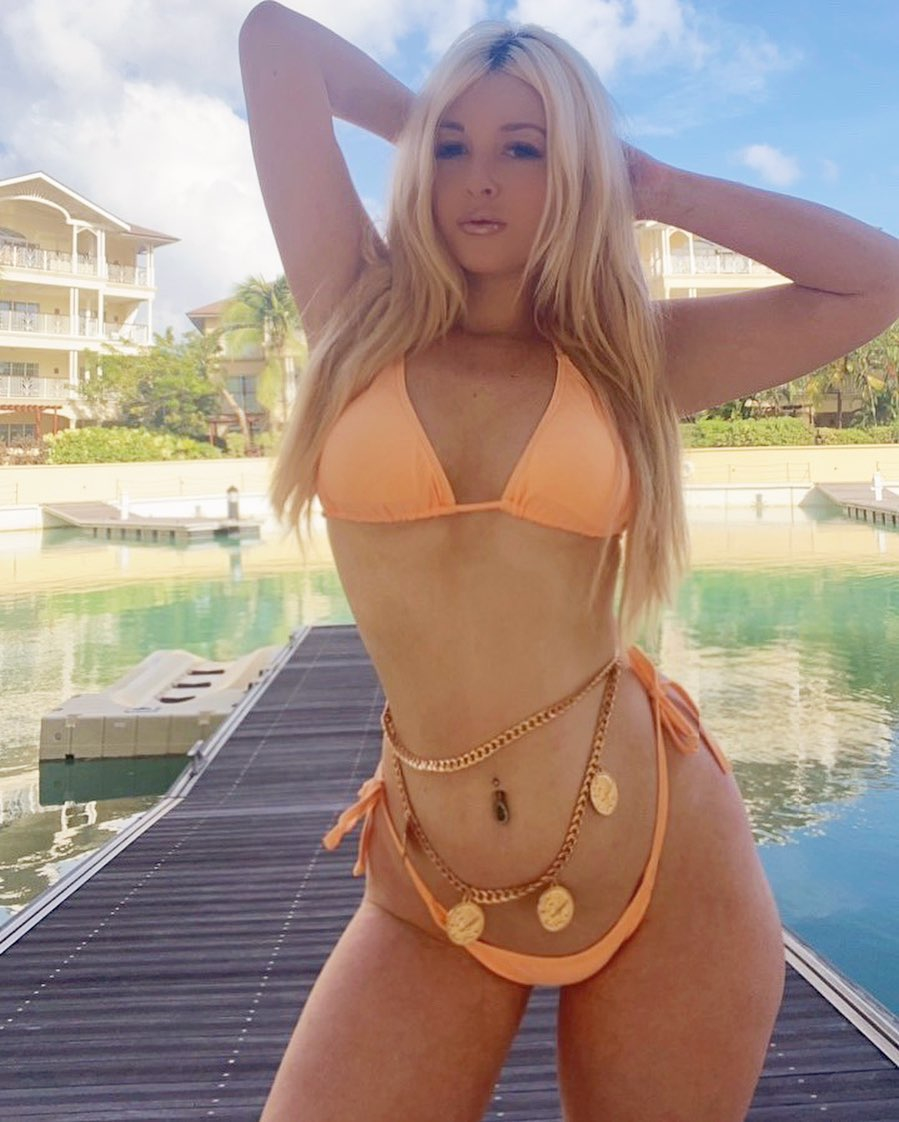 “I like to do a bit of a screening process before meeting up, if I’ve met someone on a dating app, and check they aren’t a total lunatic.

“I also chat for a while to make sure we will get on during the date.

“There’s nothing worse than getting to a first date and sitting in awkward silence!

“Although that hasn’t really helped me either because I seem to attract all the nutters!”

Jodie recalled the time she went on a Zoom call date and noticed a lady unexpectedly walking past the camera – and quickly realised it was her date’s girlfriend. 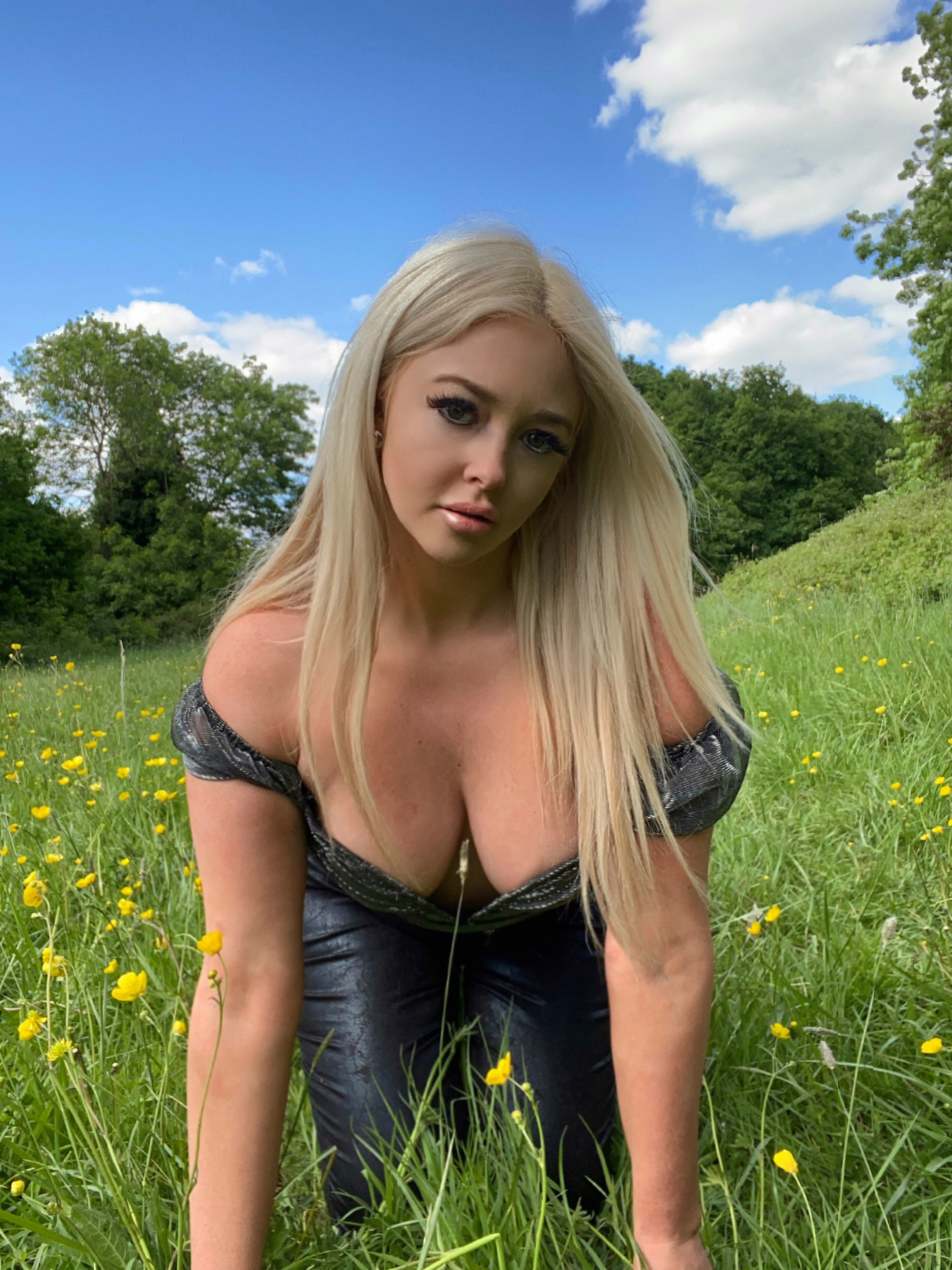 Jodie says everyone has let themselves go in lockdown and that the calibre of men has gone downCredit: Jam Press 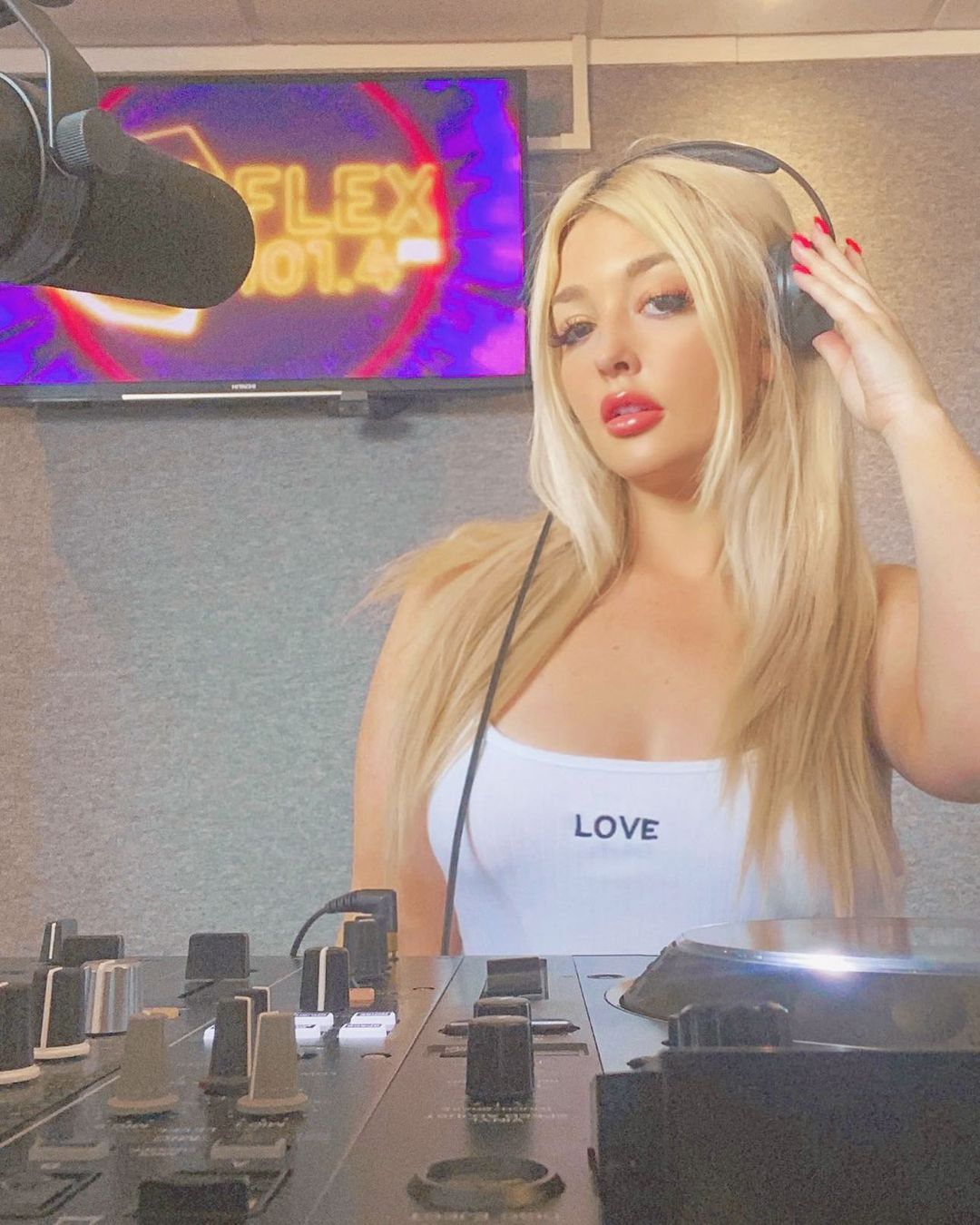 Jodie is a DJ and radio presenter from LondonCredit: Jam Press

“I was on a Zoom date during the height of the pandemic and things were going okay,” Jodie explained.

“We were having a nice chat about our daily walks and why it’s important to stay positive in the pandemic.

“Then all of a sudden, a girl walked across the back of the screen and he continued talking while I glared into the screen.

“Then after realising what I was glaring at, he turned around, then quickly shut the laptop screen and ended the zoom chat because she was obviously his girlfriend!”

Jodie has also received over 100 explicit d**k pics in her Instagram messages just this year alone. 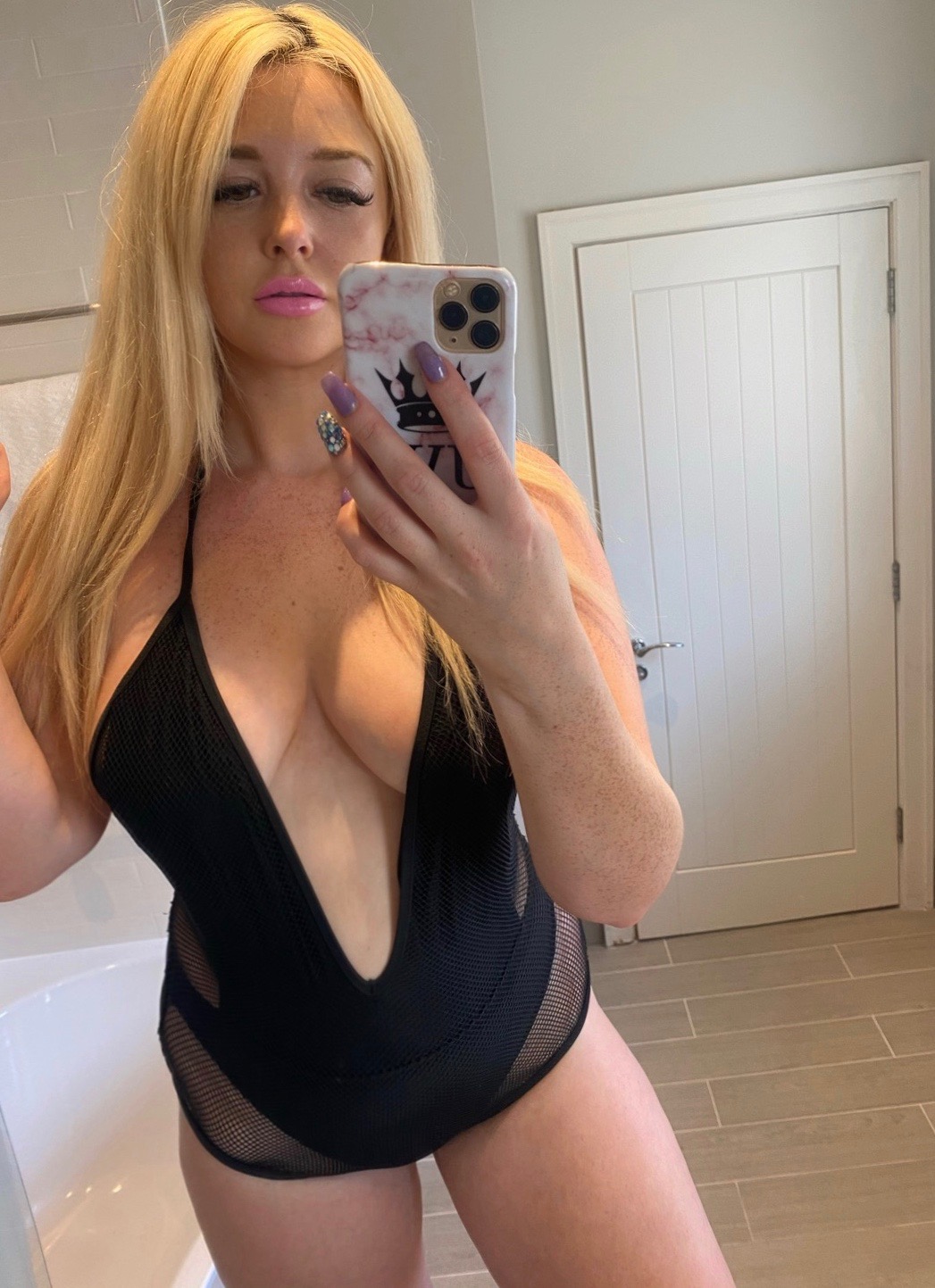 The singleton has had lots of bad Zoom dates this year alsoCredit: Jam Press 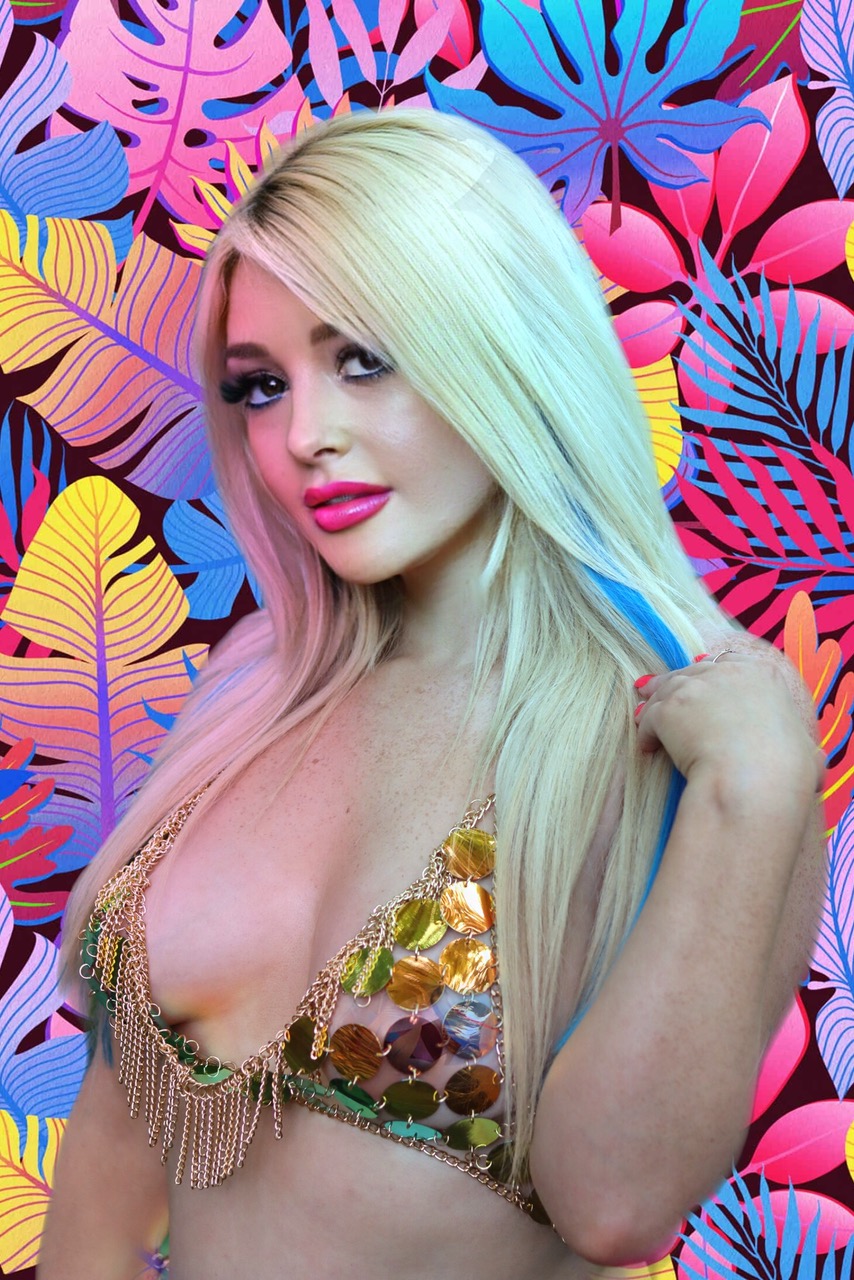 Jodie said she keeps getting hit on in the supermarketCredit: Jam Press

“The average per year has definitely gone up during the pandemic.

“My DMs are always getting those message alerts when someone tries to DM you on Instagram for the first time which say ‘this image is blurred for your protection’.

“Then sometimes I choose not to accept the message in case it’s a dick pic, but then sometimes it’s accompanied by a normal message so I’ll think ‘oh the picture he is trying to send me is probably something innocent like a selfie’.

“Then I’ll accept it and have some ugly penis staring at me!

“It’s really not what you need to see when you’re waking up or anytime of the day for that matter!”

“I will usually block the guy instantly or say ‘ergh’ then block him! 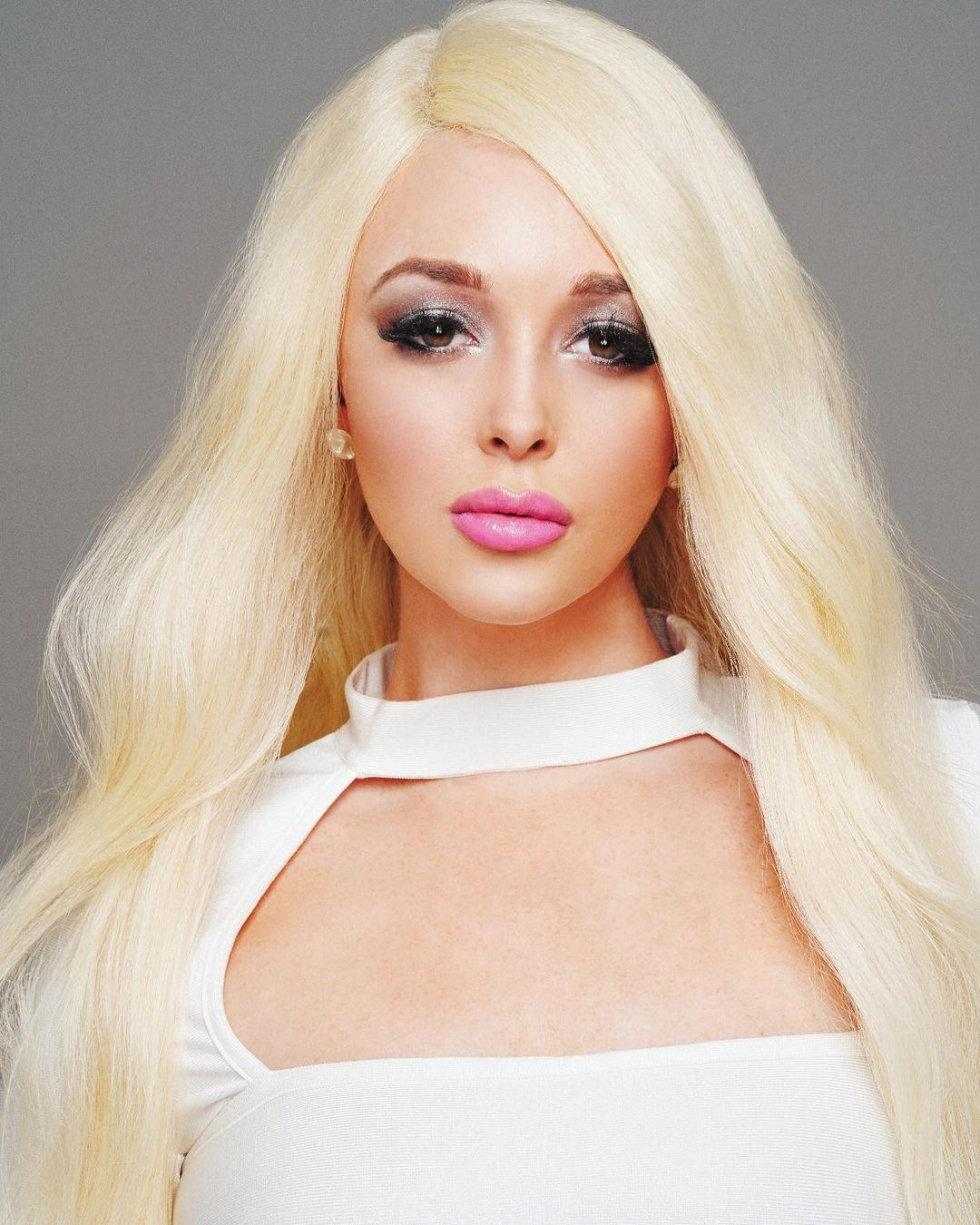 Now she feels like she can’t go shopping because guys always chat her upCredit: Jam Press

“It’s just so unnecessary, I don’t know why guys do it. I’ve never met a woman who has said ‘oh my god, a guy sent me a dick pic and I just loved it!’

“Imagine a girl sending a stranger a picture of her vagina and nothing else?! It just wouldn’t happen!”

Jodie also recalled men “aggressively” approaching her when walking down the street with her mum – and the times she has been harassed by staff at the supermarket.

She was asked for her number at the yoghurt aisle, calling supermarkets the “no-go zone” during the pandemic because men constantly chat her up.

She said: “I’ve been aggressively approached by more men than usual even when I’ve been walking down the street with my mum. 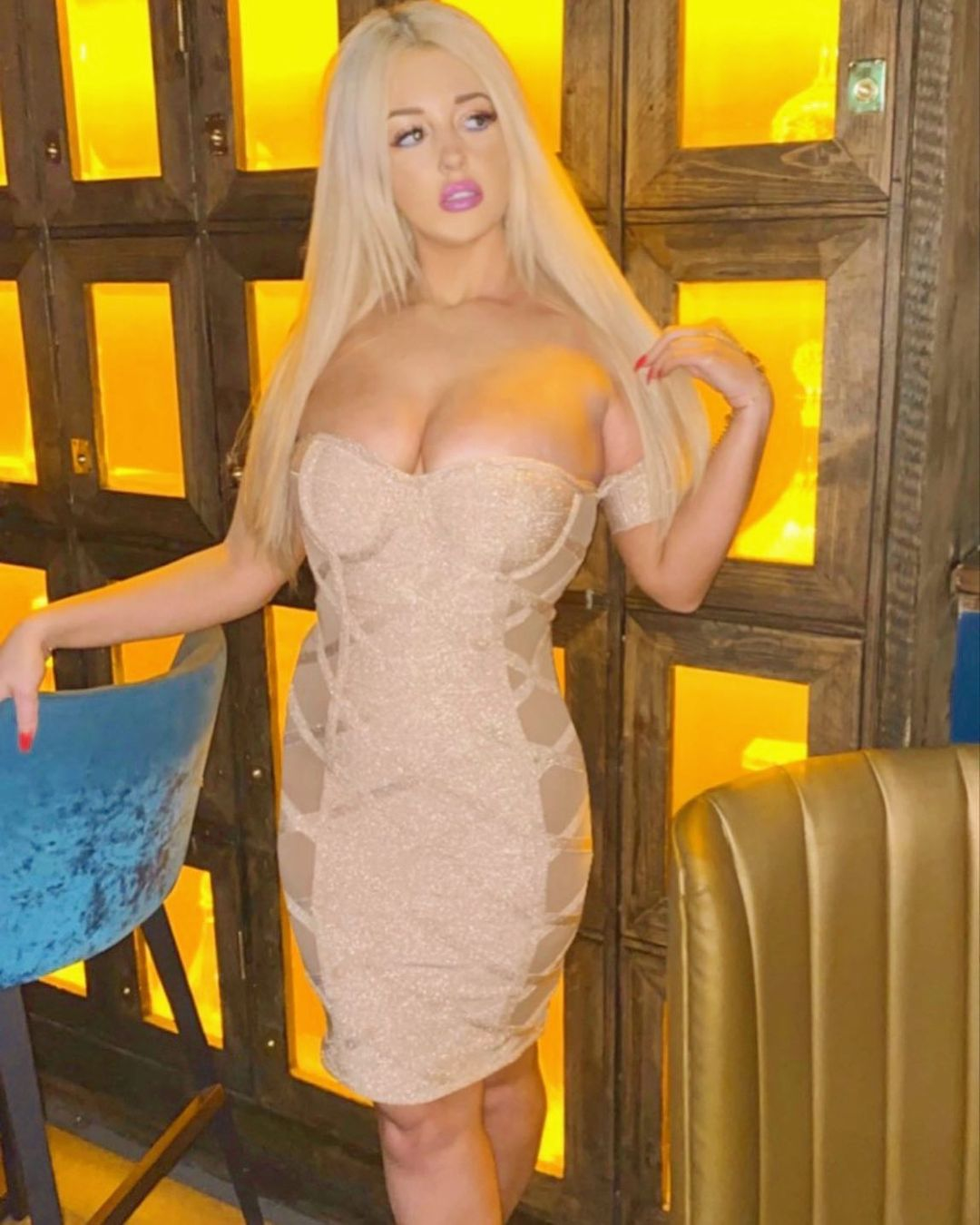 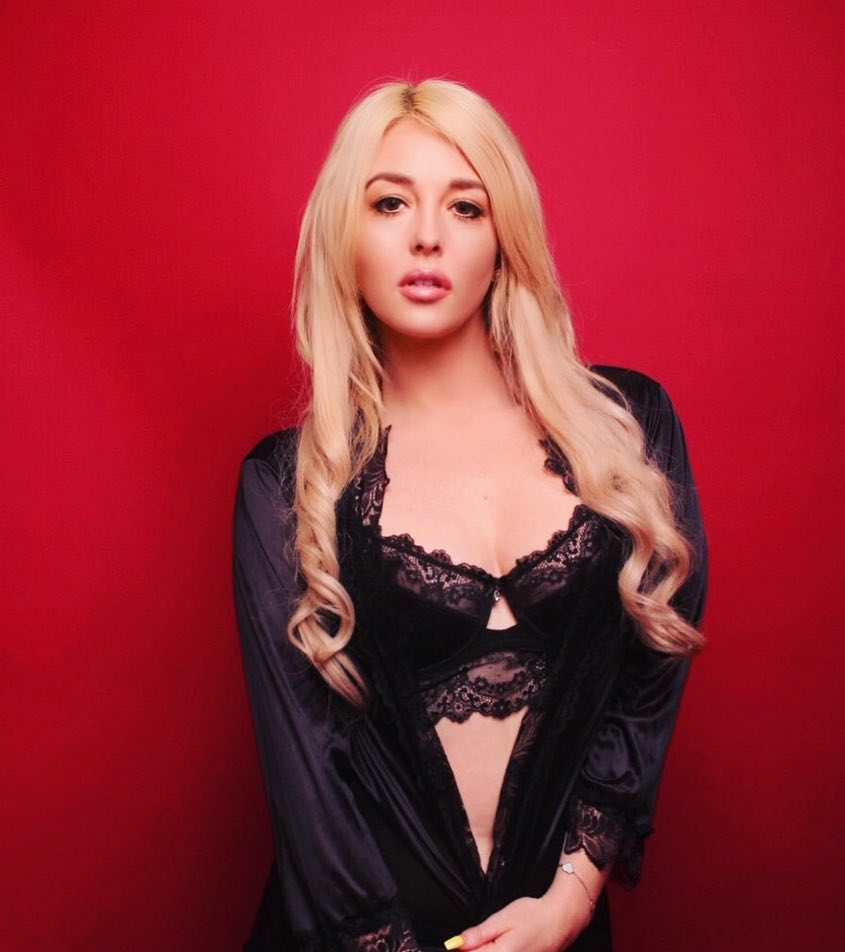 “They’ve just straight out asked for my number in front of her or when I’ve been in the supermarket with my mum guys have said things like ‘Hey sexy, what you up to after shopping?’ and ‘love your legs’ in front of her.

“I even got chatted up by the security man in Sainsbury’s when my mum was stood next to me.

“Probably because the supermarket was one of the only places open, so certain men thought they’d try their luck any which way they could!”

“In the first lockdown, the supermarket was like a no-go zone because I’d be in the yoghurt aisle and have people keep asking for my number!

Jodie believes the “calibre” of men has gone down since the pandemic, as many have started to “let themselves go” with gyms being closed and them taking on a lazy lifestyle.

She said: “My love life is pretty tragic right now but I think the calibre of men has gone down since the start of the pandemic.

“I think people have started to let themselves go, with gyms being closed for ages and then the law coming into a place where you have to wear masks in all public enclosed spaces. 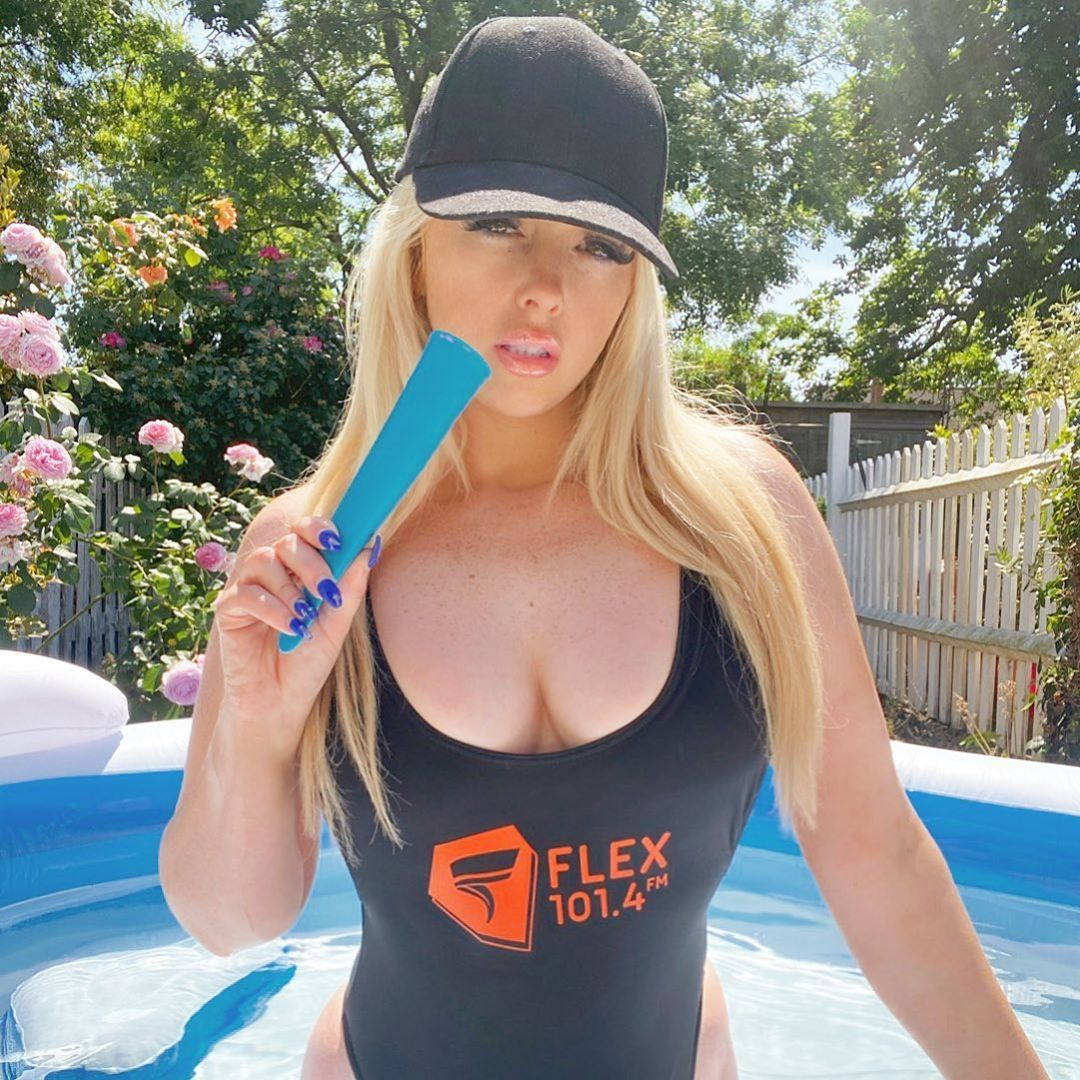 Despite all her crazy dating experiences, Jodie is still looking for the right manCredit: Jam Press

“A lot of men have stopped working out altogether, obviously alcohol and fast food consumption has gone up due to boredom and anxieties towards the future of the economy which is also bad for the physique.

“As a lot of people are on furlough, they’ve also started cutting their hair themselves and not bought any new clothes since before lockdown in March.

“So grooming levels and effort in their presentation has gone down a lot.”

Despite all her crazy dating experiences, Jodie is still looking for the right man to pursue her and take up the challenge to win her affection.

She added: “I want a guy with a pretty face, lots of ambition and loyal.

“I also like a guy who will pursue me, as I don’t like to do the chasing, so he’s got to be up for the challenge and the rollercoaster, which is me and my life, but it’s a ride worth getting on.”

Plus a woman says that her bum is so round and cheerful people constantly say it’s fake – so she’s spending £32k to prove it’s the real deal.

Meanwhile, a woman said she couldn’t get a job because employers judge her for being attractive and moan that her make-up’s too perfect.

And a couple get paid having marathon five hour sex sessions on camera in front of strangers – and say it’s made their relationship stronger.