United have been in inconsistent form this season but breathed some life into their season with an epic 3-2 win over Atalanta in the Champions League on Wednesday.

Liverpool, however, have been imperious since the start of the season, and are looking to regain the Premier League title they lost to Man City last term.

The Reds’ record at Old Trafford in recent years isn’t the best one, but Jurgen Klopp’s side did beat United 4-2 at the Theatre Of Dreams toward the end of last season.

And they’ll be looking to repeat their antics when the pair clash on Super Sunday.

The clash has been billed as a battle of Cristiano Ronaldo vs Mo Salah and both players have been in wonderful form in the early weeks of the season.

What time does Man Utd vs Liverpool kick-off?

What TV channel is it on and can I live stream?

Jurgen Klopp’s sole injury concern is Thiago, who won’t be available to play, with Curtis Jones set to start in midfield.

The squad is alright. We have to see, that’s how it is,” Klopp said.

“We are only two days after the game and we have to make sure that we all get fit again, but they are the typical things. I couldn’t tell you now who is 100 per cent available and who is not.

“Just what’s clear is that Curtis [Jones] will train today with us the full session, that’s the plan. And Thiago not. So, these are the two things I know for the moment.”

Marcus Rahshord limped off against Atalanta for Man Utd in midweek and Ole Gunnar Solskjaer has provided updates on the fitness of Anthony Martial, Fred and Bruno Fernandes.

“We’ve had some knocks, which you expect during games,” he said.

I’m not going to rule anyone out from Sunday but I’m not sure if everyone’s going to be fit. Anthony is still working on his fitness, hopefully he’s come through today and let’s see how he is tomorrow.

“We have two or three with knocks but I hope I can pick from a fit squad. Bruno might be a doubt but he’s doing everything he can to be fit.

“I can’t say if Fred will be fit or not. We might have the whole squad fit but may miss two or three. We’ll see.” 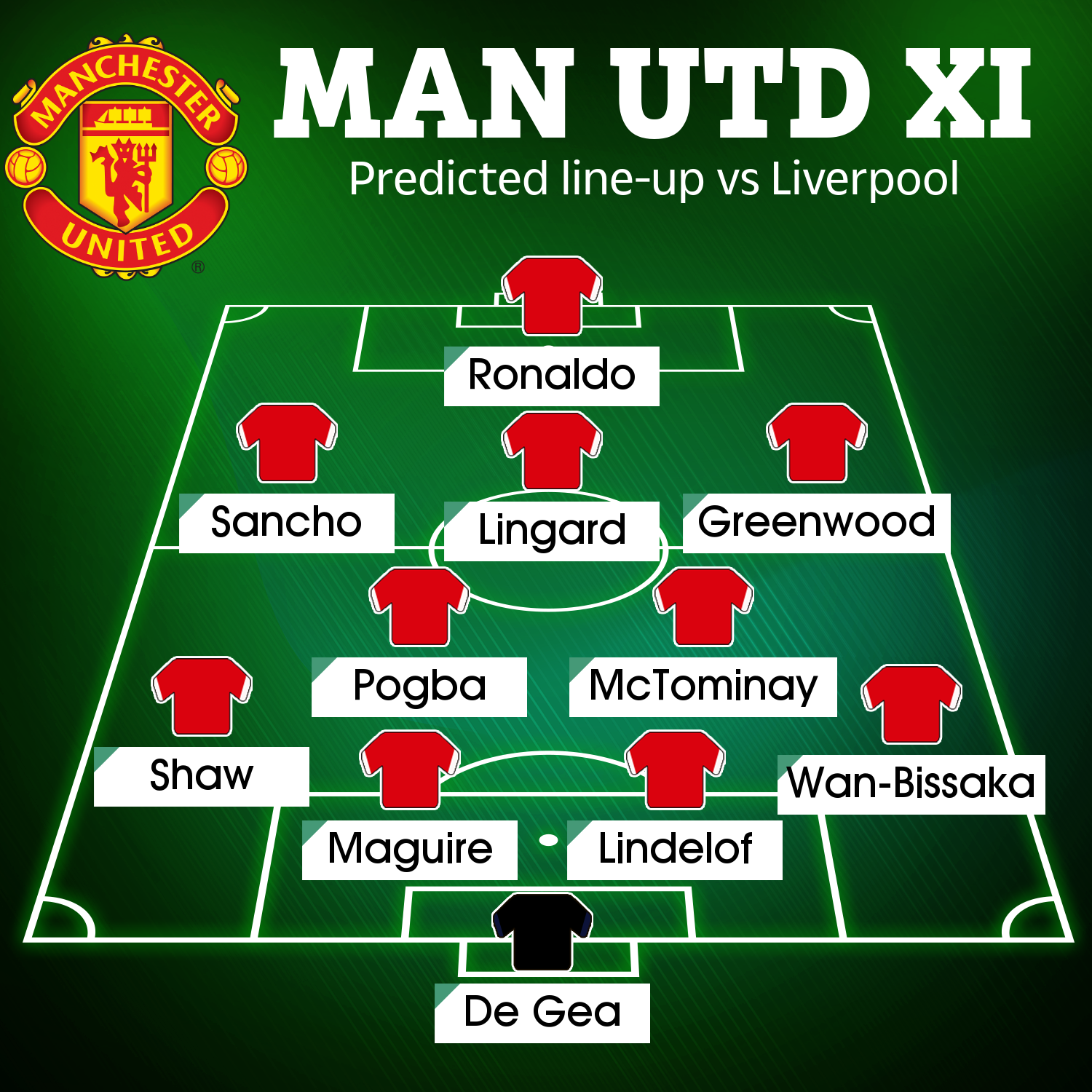 How United could line up against Liverpool today

*Odds from Betfair and correct at time of publication.