Architecture studio Lanza Atelier has lined an art exhibition in New York with plywood tables and stools in varying sizes, which can be disassembled, flat-packed and distributed among visitors at the end of the show.

The design for the Re-Source exhibition encompasses 56 pieces of furniture that are lined up to fill the triangular floorplan of the Storefront for Art and Architecture gallery in SoHo.

These are used to display 26 works from emerging architects and designers, composed entirely from leftover materials found in Storefront’s storage spaces.

Lanza Atelier was tasked with creating an environment to showcase these pieces and similarly reflect the importance of reusing and repurposing materials. 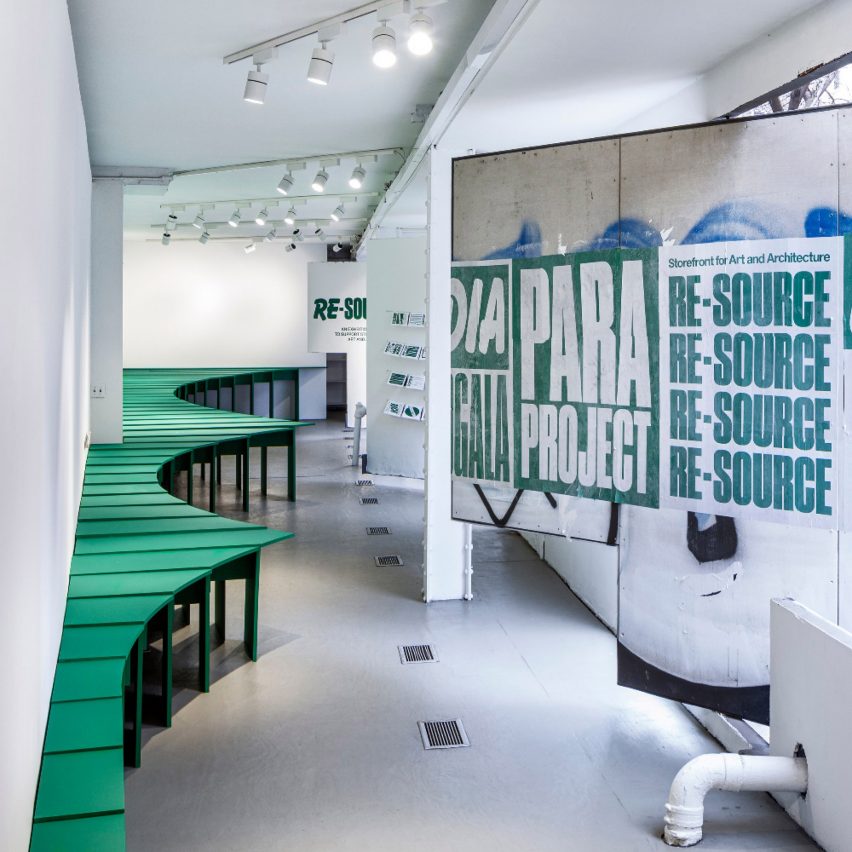 With this aim, the studio constructed each bright green table and chair using interlocking planks of CNC-cut plywood, making future dismantling, transportation and reassembly as simple as possible.

So when visitors purchase an artwork from the show, they will also be able to take home the furniture piece on which it was displayed in a bid to extend its lifespan.

“We wanted to propose an exhibition design that could have an afterlife,” Lanza Atelier founding partner Isabel Martínez Abascal told Dezeen. “This means that the pieces work together as a whole but can then be distributed and become something else.” 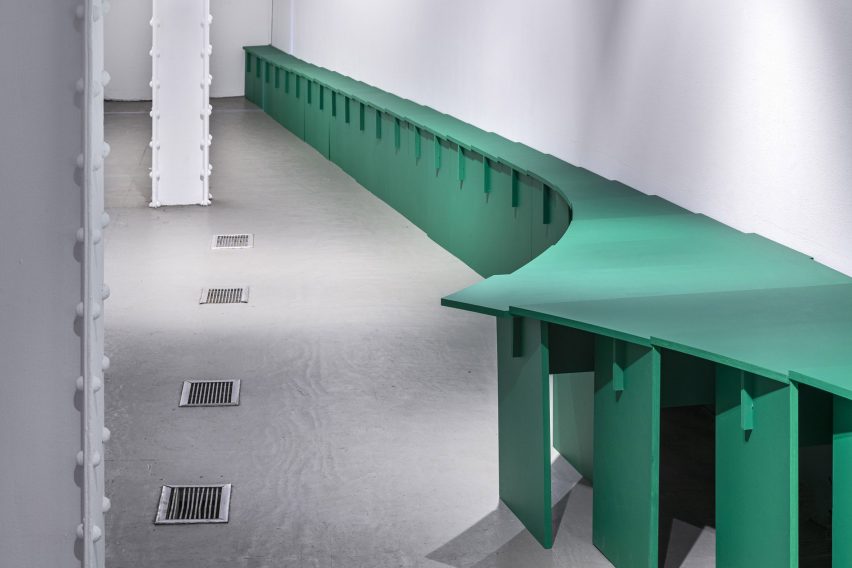 The site-specific design runs the length of the Storefront gallery

In the exhibition space, the pieces were lined up from end to end to create one continuous surface.

“Storefront is such a particular space,” Abascal said. “It is extremely thin, long, and it has a very dynamic facade. We wanted to go from one edge of it to the other so that everything was connected as one unique experience.” 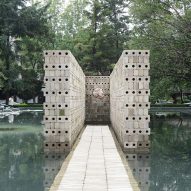 Re-Source, which was Storefront’s first in-person exhibition since the start of the pandemic, made use of the gallery’s existing material resources to raise money for its continued survival.

And Abascal hopes that the takeaway furniture pieces can play their part in keeping the gallery funded.

“The goal is that eventually, they all end up reused by people in their own houses while simultaneously supporting Storefront’s mission,” she said. 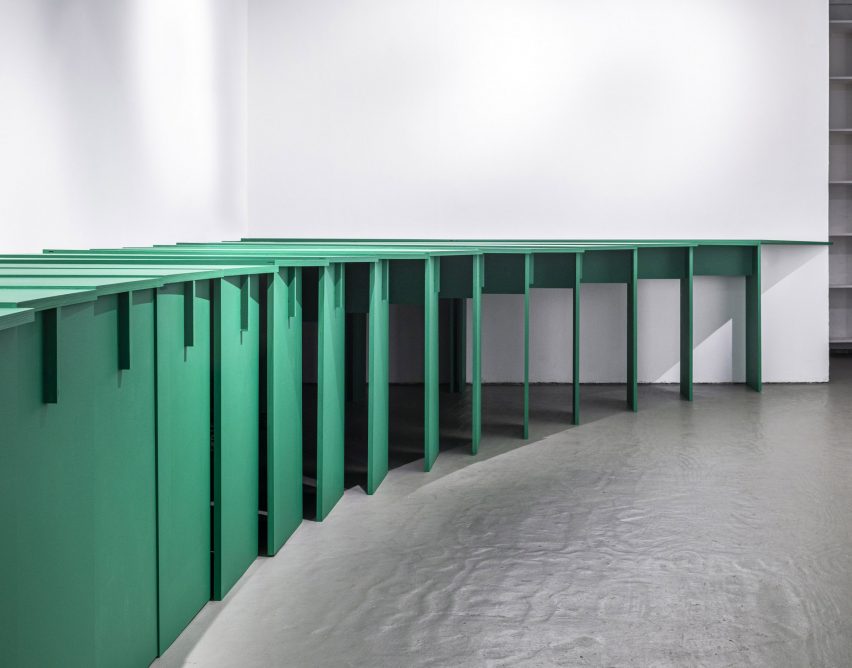 The tables are combined to form one continuous surface

Lanza Atelier’s work for the Re-Source show was shortlisted at the 2021 Dezeen Awards alongside Youssofzay + Hart‘s design for the No Show exhibition, which features a series of interconnected rooms formed from materials found in hardware stores.

Studio 10‘s design for the Fashioned from Nature exhibition, housed in the V&A‘s Shenzhen outpost, took home the top prize in the exhibition design category this year.

The photography is by Francis Dzikowski. 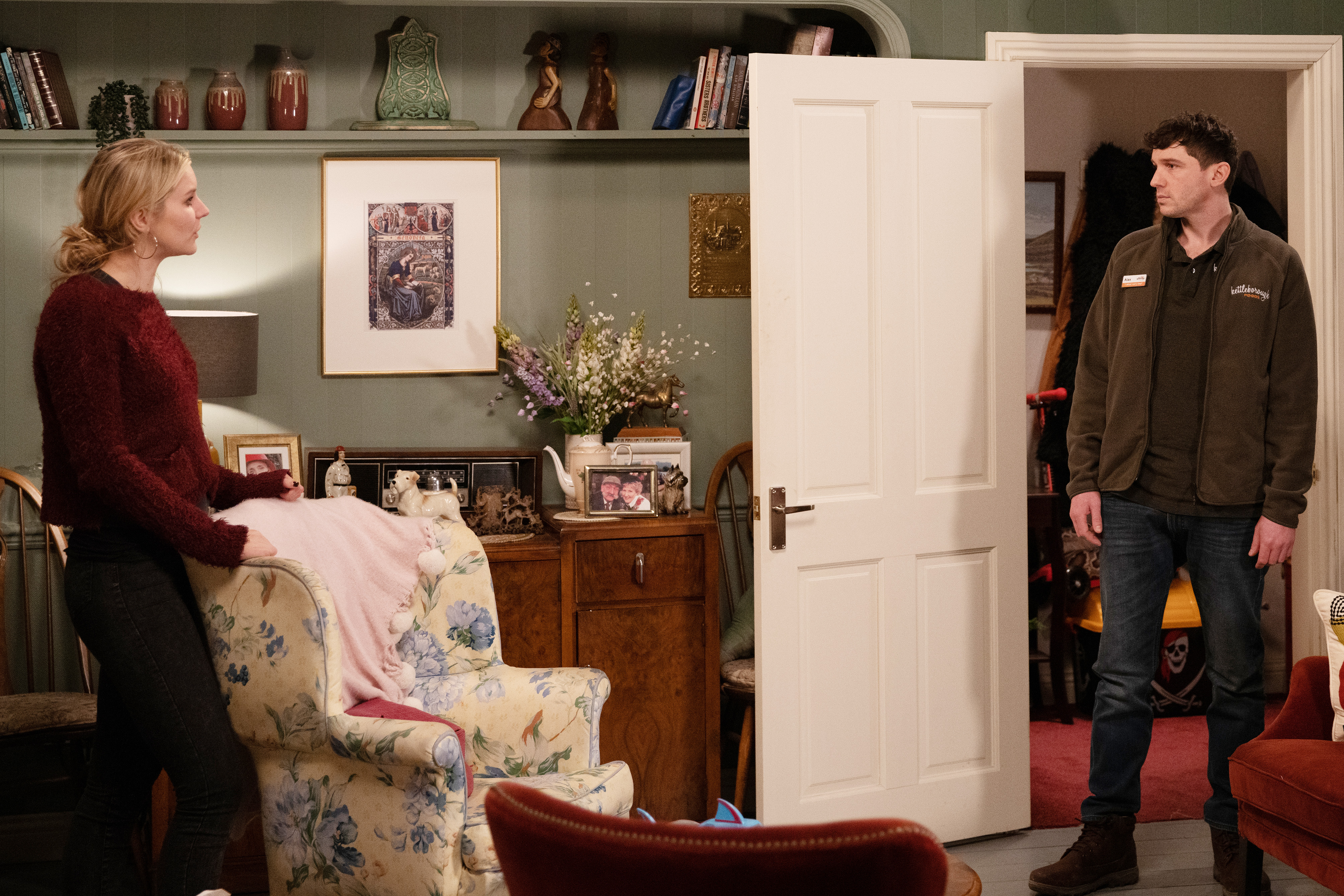 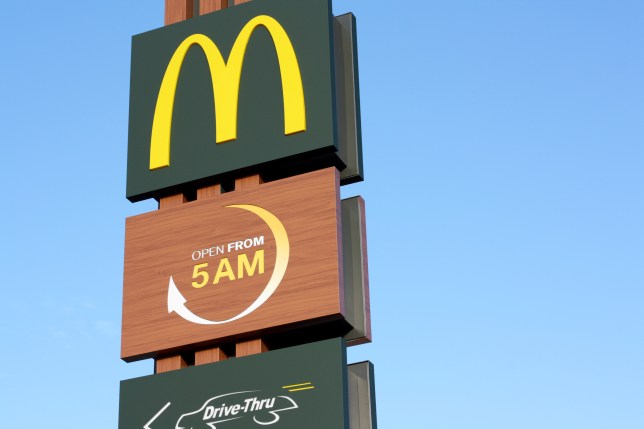